Mail Art with a warning from Marguerite Keen Always like art with warning labels-it adds to the suspense. Got this great envelope from her packed full of interesting bits and pieces. My favorite is the instructional pamphlet on how to do a zine bomb: she shows how to make these A4/8 pages in one 8X10 sheet on the underside of hers. I just learned how to make this about a month ago and it definately saves on printing… somehow I could see Nadine's cast of characters resting comfortably in Claudia's living furniture environments. I'm going to leave the secret junk a secret-great stuff as always Nadine thank you!! 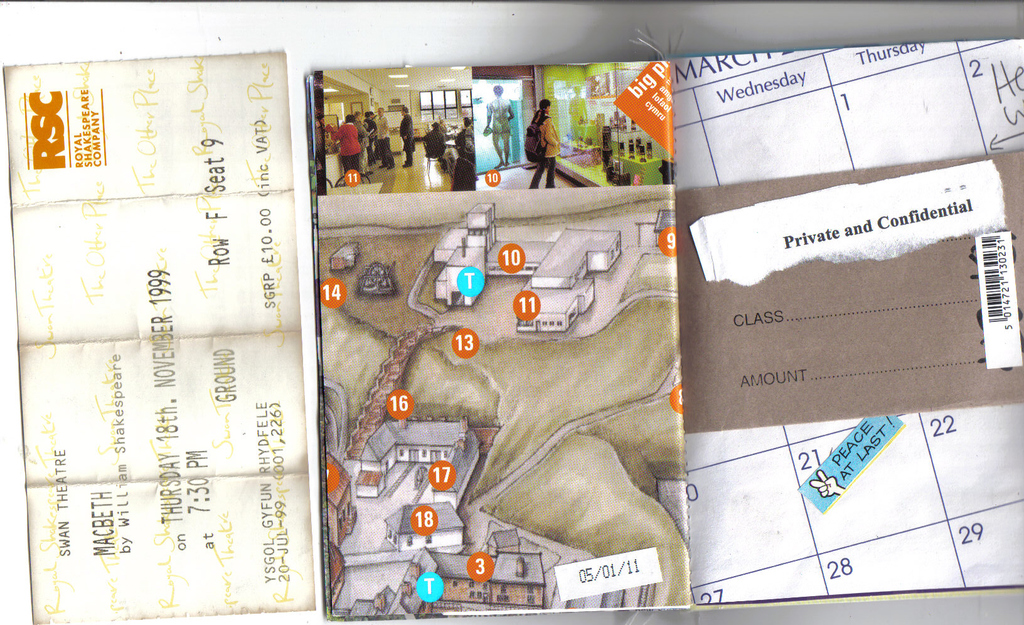 I waas so excited to receive this trashbook from Sarah. She has used junkmail, magazine pages, lottery tickets, a fully intact teabag which I… 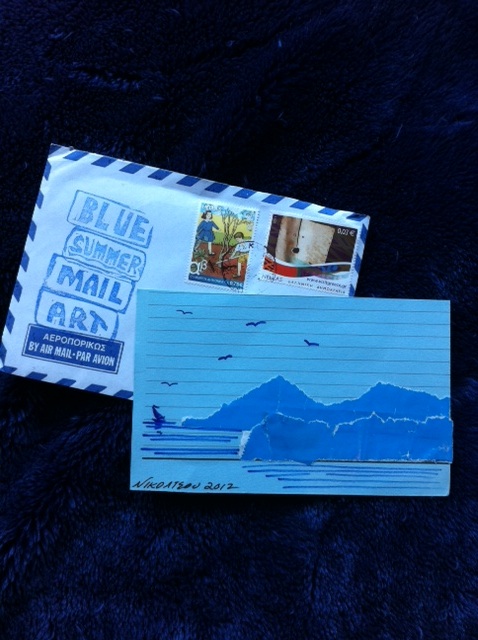 In mai I was participating in Val's mysterious-jigsaw-puzzle-project. I received puzzle pieces from different puzzles and so did other Mail Artist. I sent the pieces to Katerina, wrapped in blue Ikea-paper. She made these beautiful blue islands card. Recycling is fun! Thank you…

a beautiful water color from Nadine...only a mother's love <3 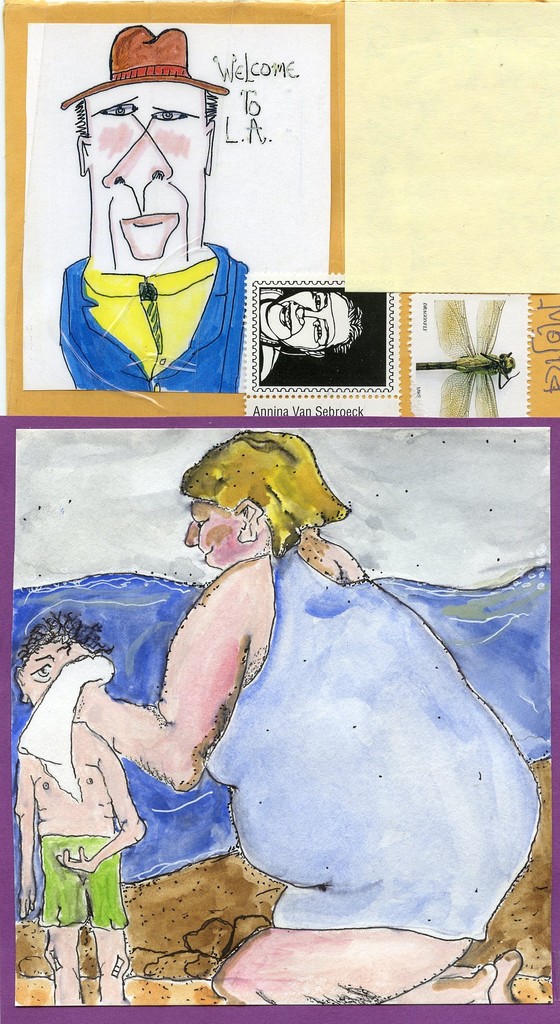 Now I will have to put on my starched white shirt and dress slacks and go door-to-door to pass out my pamphlets and discuss the saving grace of DKult [art]... 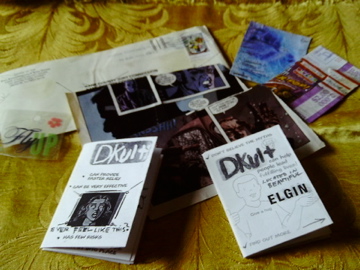 All of this paraphernalia arrived stuffed in a Kane County Jury Commission envelope--repurposed and re-addressed to me. (I hope our DKult leader isn't shirking her civic duties by sending her jury summons… Another colourful piece of Mail Art that raises questions. Carina went to Kristinestad in Finland, to take this beautiful picture. It is from a biograph. The tickets may suggest she had to take a plane to do this project. Very intriguing. Thank you, Carina.

I went home to see my mom (age 96) a few weeks ago and I noticed a Mockingbird singing away at the top of a telephone pole in front of her house. He sang for (what seemed) like five hours straight (with breaks for water and insects). I thought, “Now there’s a guy who likes the sound of his own voice.” Birders will interject, “but it’s not his voice. It’s a compendium of bird songs plus whatever other sounds he fancies.” True dat. But five hours! This is like Barbra Streisand singing for an… 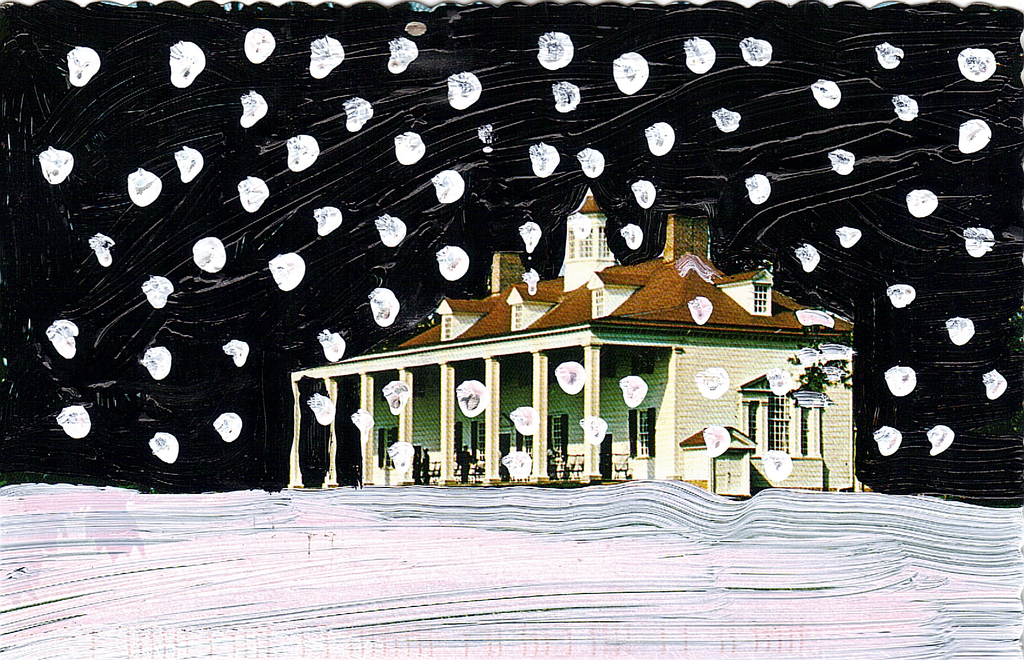 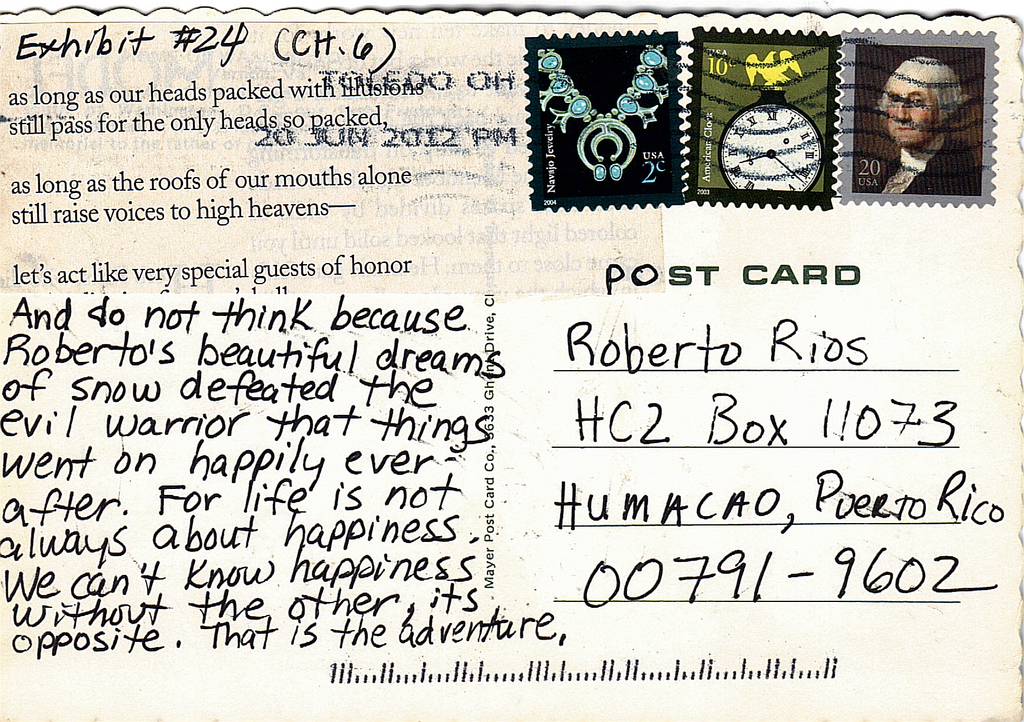 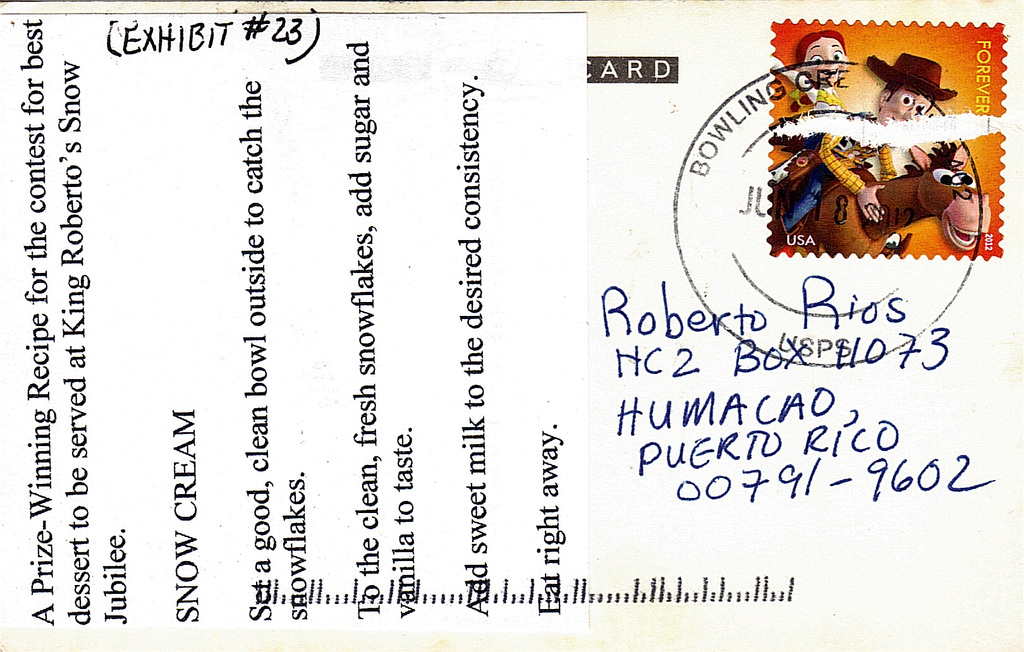 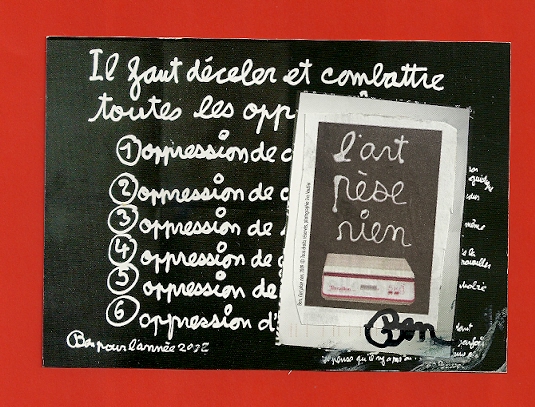 June 23, 2012 - This is my second "Fluxus Beat" blog where I post work I have received from artists in the international mail-art network who are part of Fluxus or… 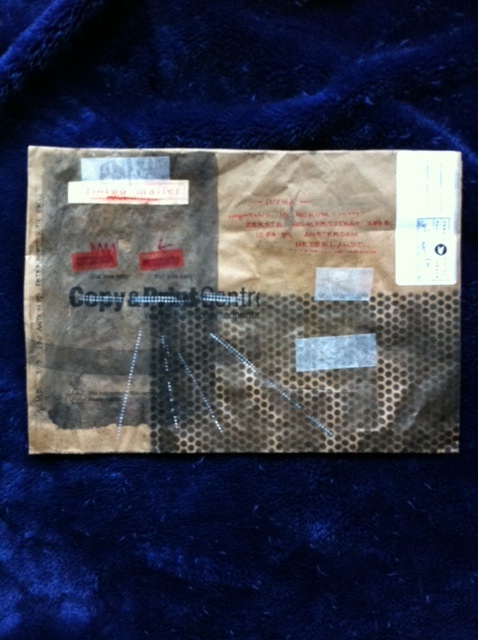 This big but at the same time very delicate envelop arrived from Canada. No folds, completely intact... it's amazing! 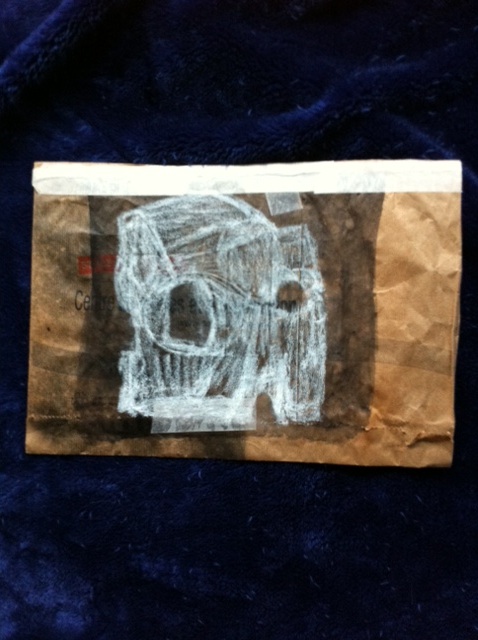 The back of the envelop has a kind of historical chalk drawing. Beautiful. I recognize an elephant, but what do you see?…

For the Hippie Dippy artcall I got some Flying Beatles Birds from Stripygoose.  Very cute Beatles heads...thanks SG! :) 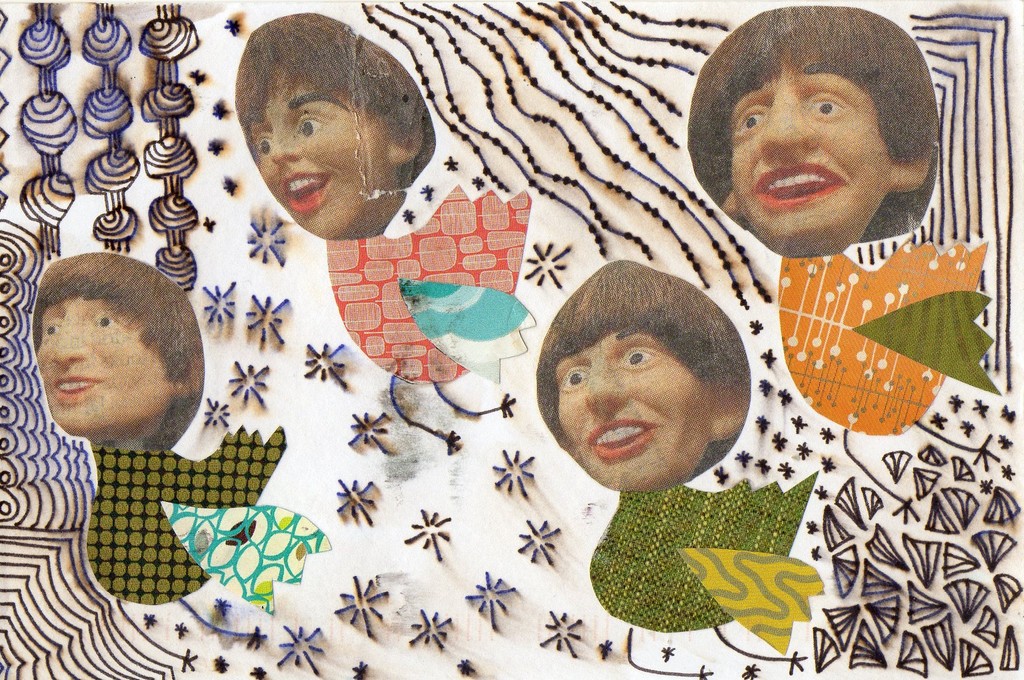 and Stephanie breaking out the sewing machine and the stamp carving tools.  Love the sewn centipede and of course this freshly carved IUOMA stamp :)…

5POSTCARDS about memories of school: the exhibition

230 postcards by Education students at the University of Roehampton! This was a project involving 46 students, me (Sue Smedley) and Andy Hoang. Each student made 5 postcards to represent something they remember from school - dinnertimes, playtimes, friends, teachers, school trips... lots of different experiences and emotions and lots of discussion about what is important in education. The postcards weren't judged or assessed. The Launch Event yesterday, was attended by students, lecturers,…

Look at these here:

Bigger and better collages than I`m used to making!
These were done in preparation for an exchange/collaboration with Hugh Brisman (http://wearefuxus.blogspot.ca/) who is a sticker artist from America. It's uncommon for me to work so large, but I got into it, and I love it. I can thank Hugh for forcing me to push my boundries.

Here's a few collages I made, excluding the ones I am sedning to Hugh, as I don't…

Over a week away...lots o mailart I say!

Psychodelic envelope...great lead in to the Hippie Dippy trashpo collage(rolling papers included) sent in by Not Hi Ng.  Many thanks No Thing, this is very cool! I knew when I saw his old van that Nothing, No Thing or Not Hi Ng was a keeper! :) Evil Baby pulling all the strings from Sky(bridge) Lisa sent me these paper dolls-some disembodied legs and feet, so I added some things to make them complete. The baby arrived without clothes, so I put them on the poor thing only to realize that he was a diabolical tyrant pulling Barbie's string and threatening to overturn DKult. I'm sure Lisa had no idea of this when she popped the cherub in the mail.  I used to love paper…