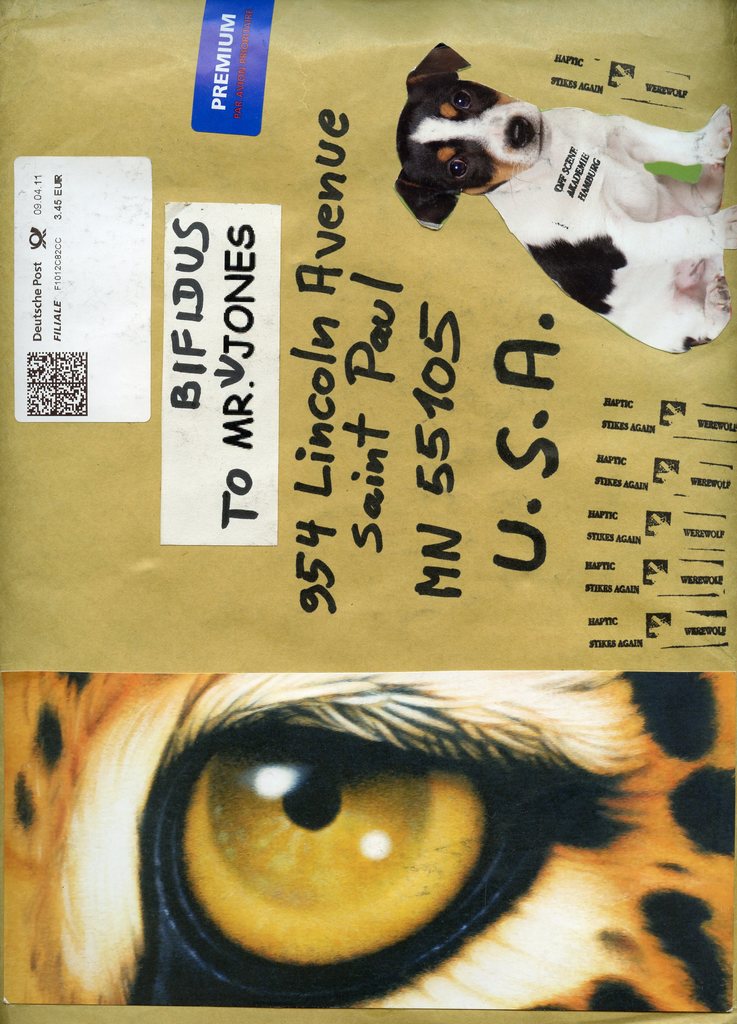 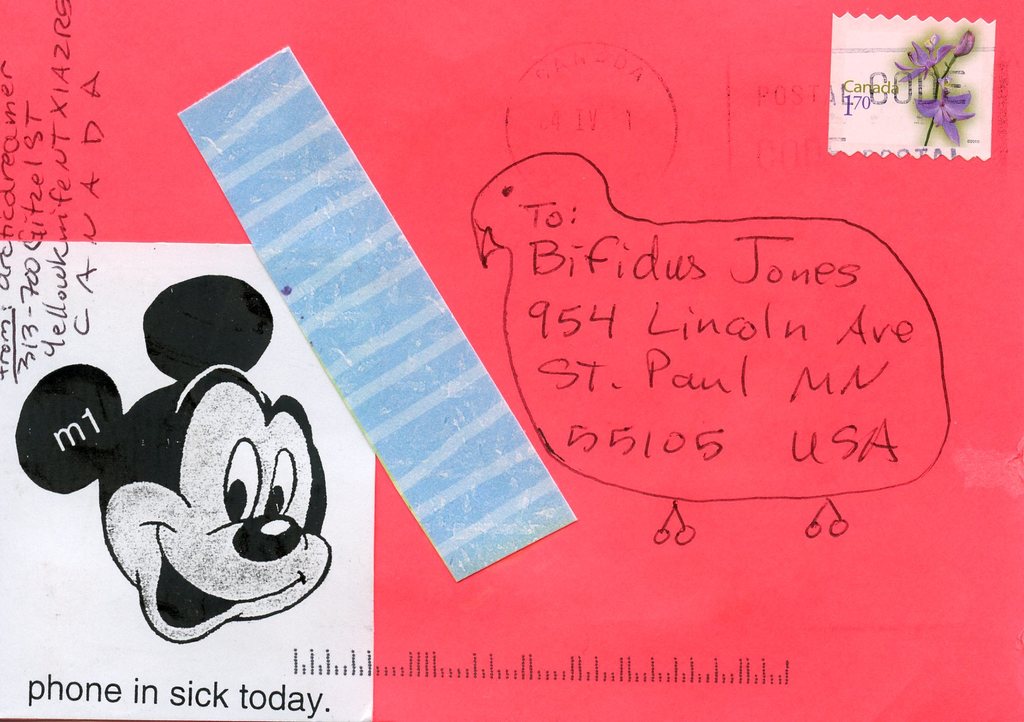 A nice surprise from my neighbor to the north--Arctic Dreamer isn't as busy at IUOMA as she once was, but it's so great to receive her witty mail art. Thanks much, my… Continue 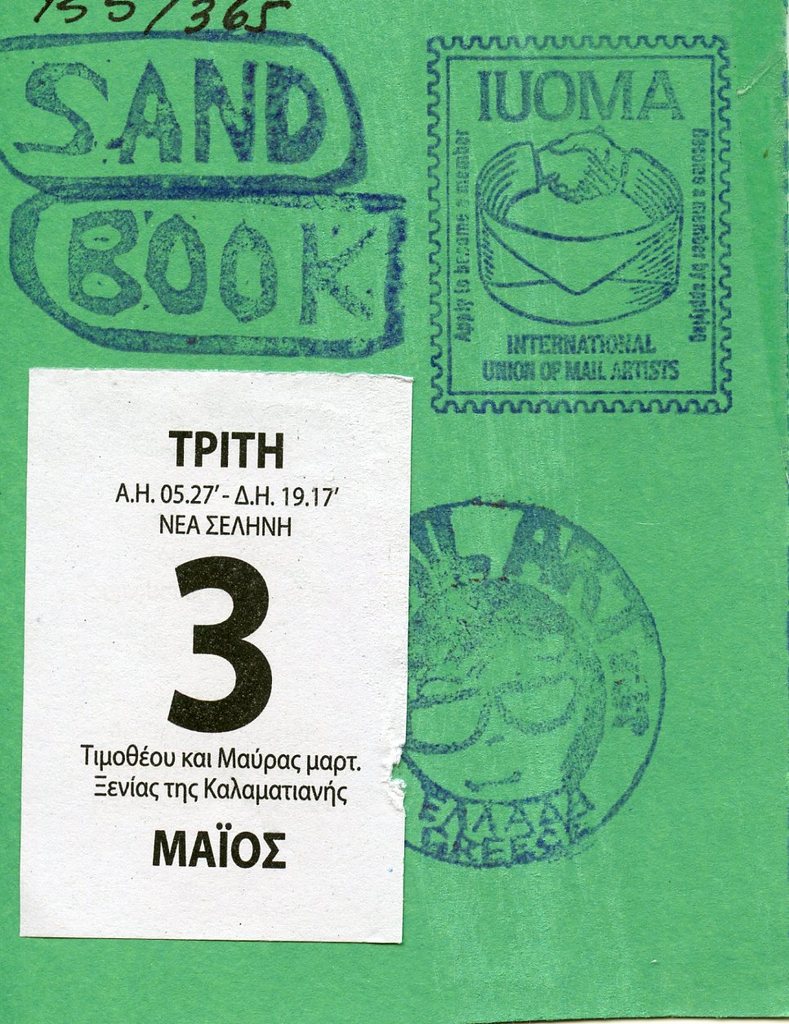 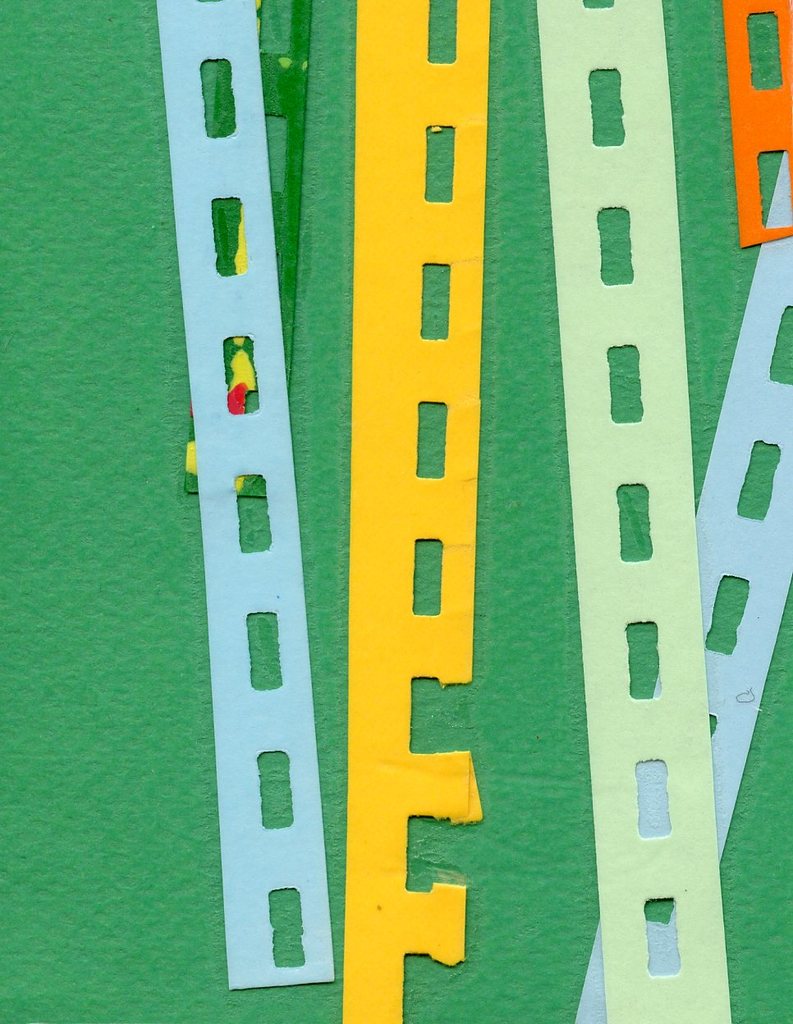 Some of Katerina's work now… Continue The colors and the patterns of this piece evoke a calm elegance, and the whole card is carefully covered in sections of tape. Amazing really. Thanks Kiera. 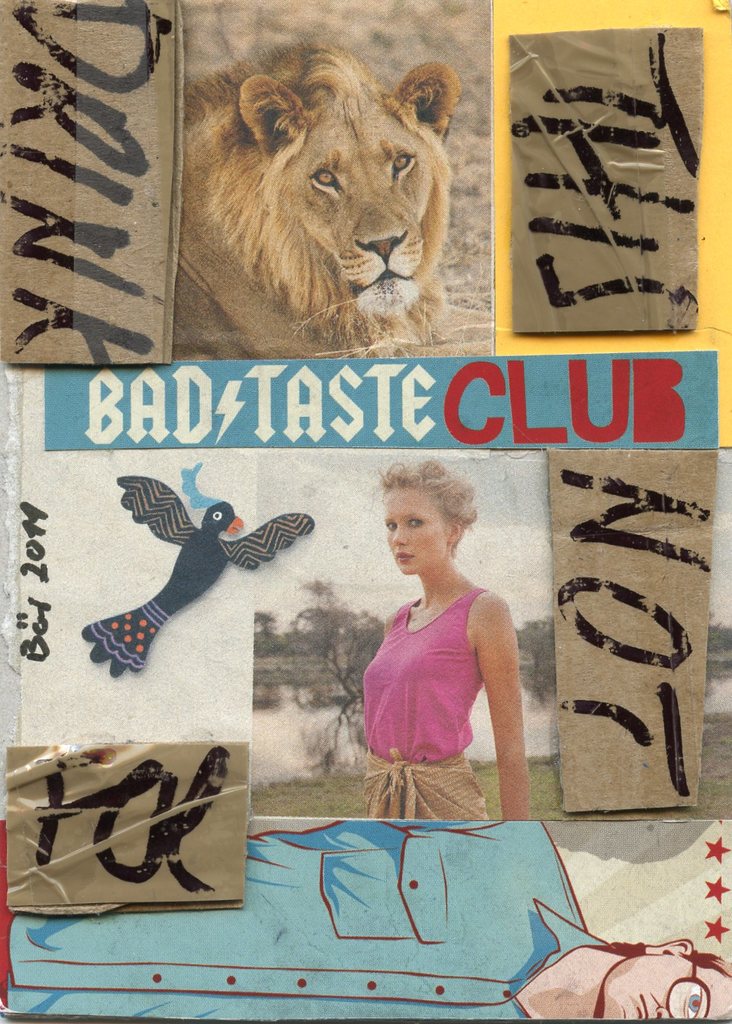 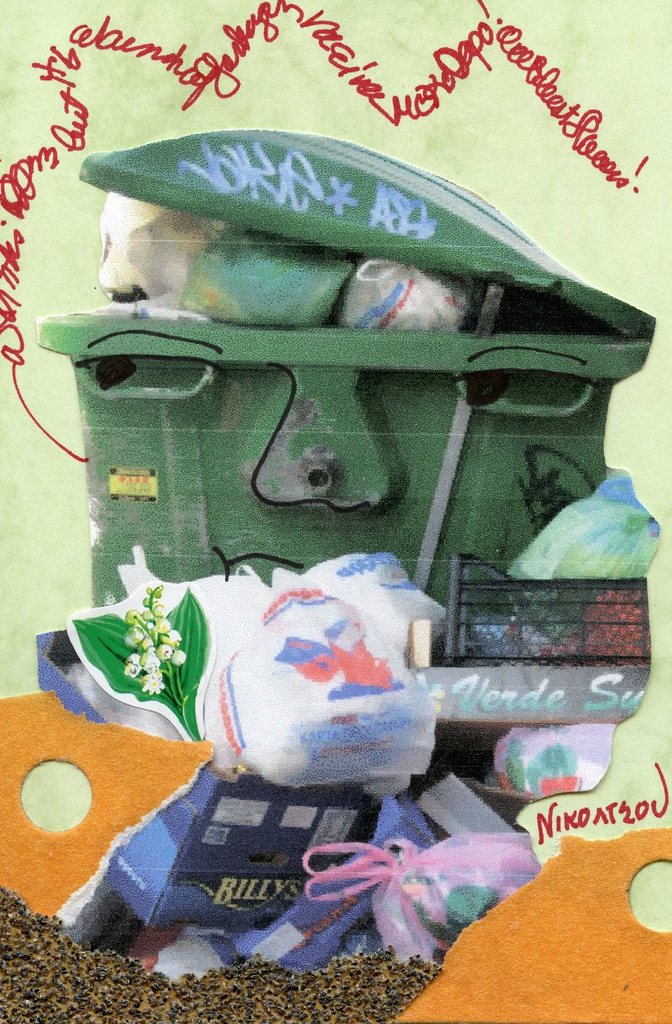 If you took the first letter of each of these disciplines (disciplines?!  someone come over here and slap me) Asemic, Sandpo, Trashpo, Haptic, Mail Art--well it spells asthma..I'm just sayin'. And it's snowing here. Hard. (where's global warming when you need it?)… Continue 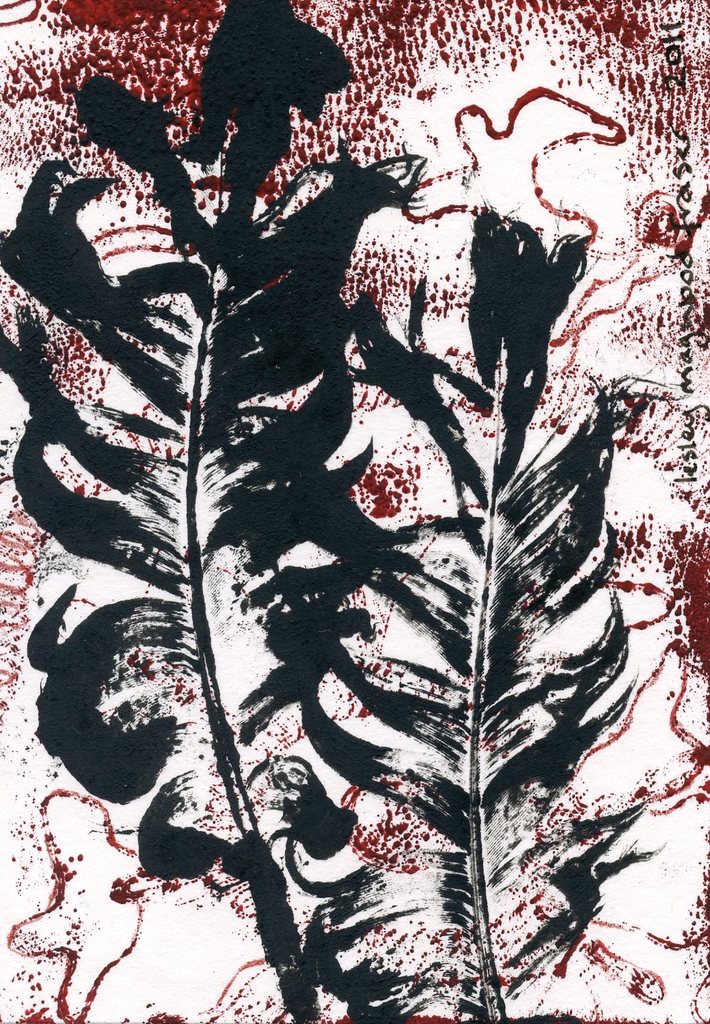 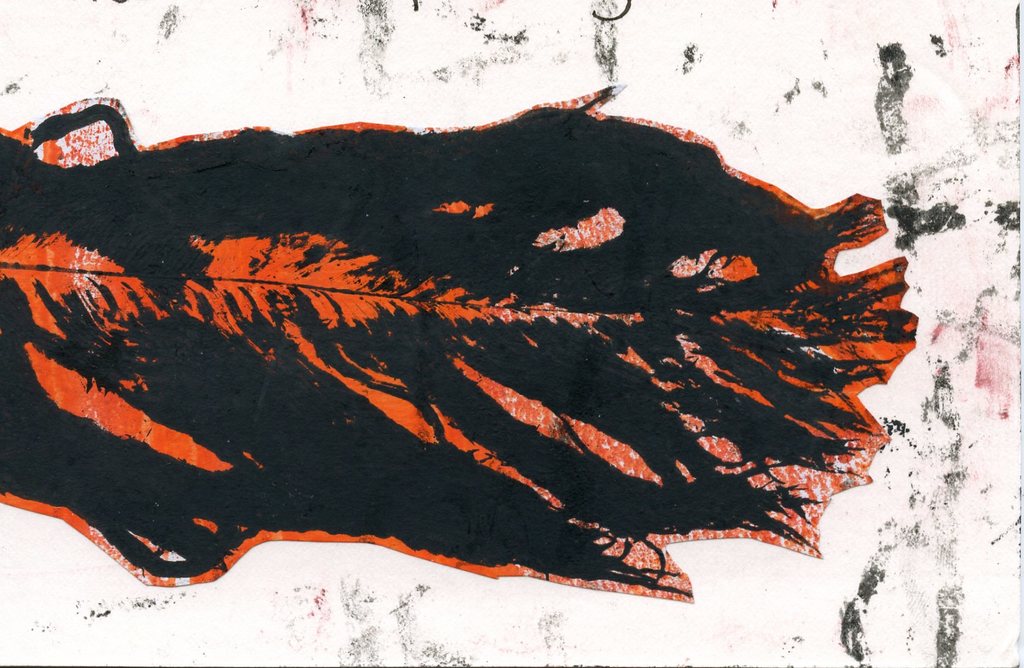 I never thought about feather patterns in terms of asemics, but I think it works. In fact, it opens up a whole new possibility for me: the asemics of nature. Animals have direct ways of communicating with each other, but do they also leave behind traces of… Continue 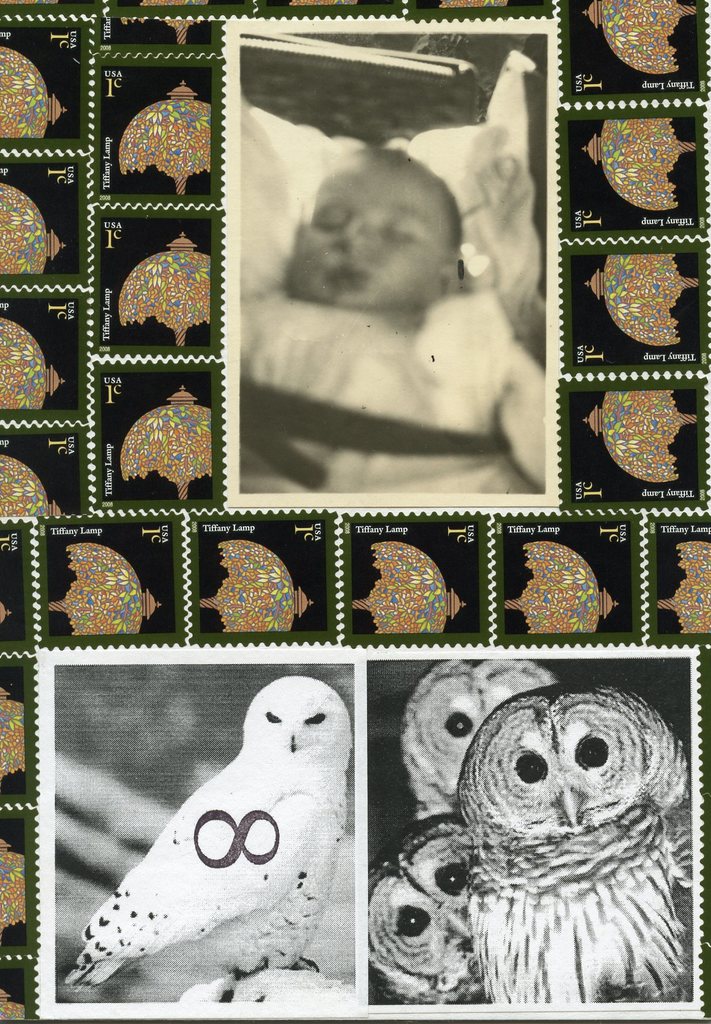 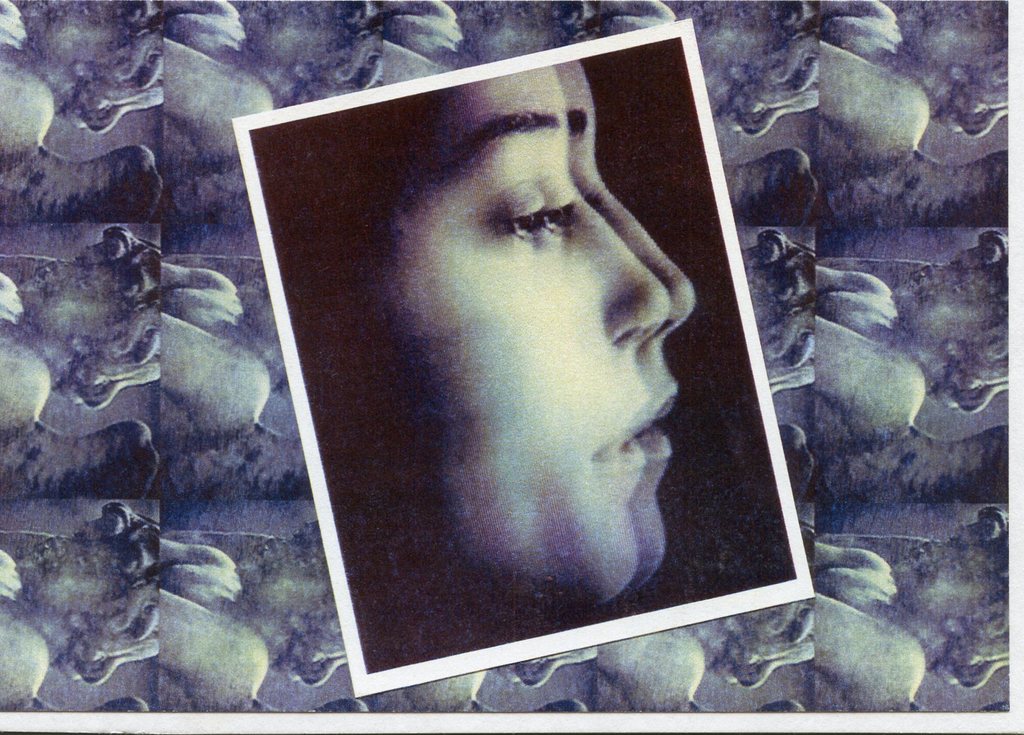 Stan the Man has sent this fine piece of mail art. The owls are wonderful of course, but I also like the repetition of the stamps, the statue, and the face. Low key color makes this a dynamite work. Thanks… Continue

Received from Karen champlin, USA--Third from the Left 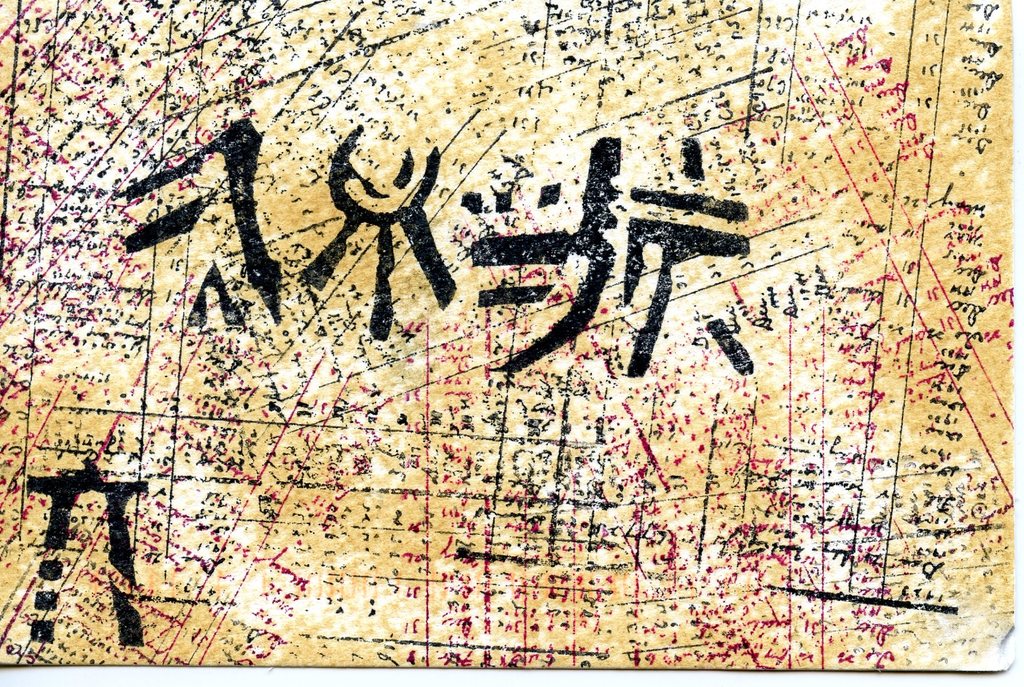 Karen is celebrating a new asemic letter today. She says it always makes her happy. Makes me even more happy to receive it. All the thin layers of line and asemic writing make a fine background for the major asemic lettering. Great work, Karen--thanks! 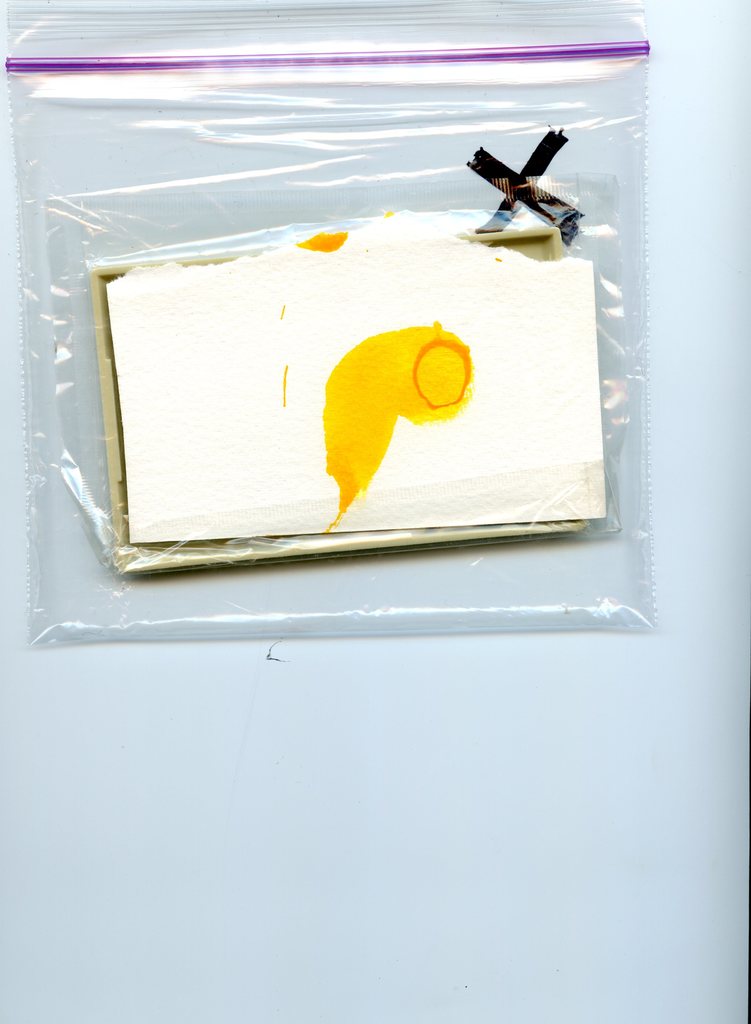 Nothing better than getting a Haptic poem in the mail. De Villo's poem gives me a chance to contemplate the ordinary out of context and elevate it to new frontier levels, yet the fact that it comes in a baggy gives it an artifact-like presence. It reminds me of…

Empfangen from Erni Bär, Germany--Learning the Flow of a Relaxed Atmosphere 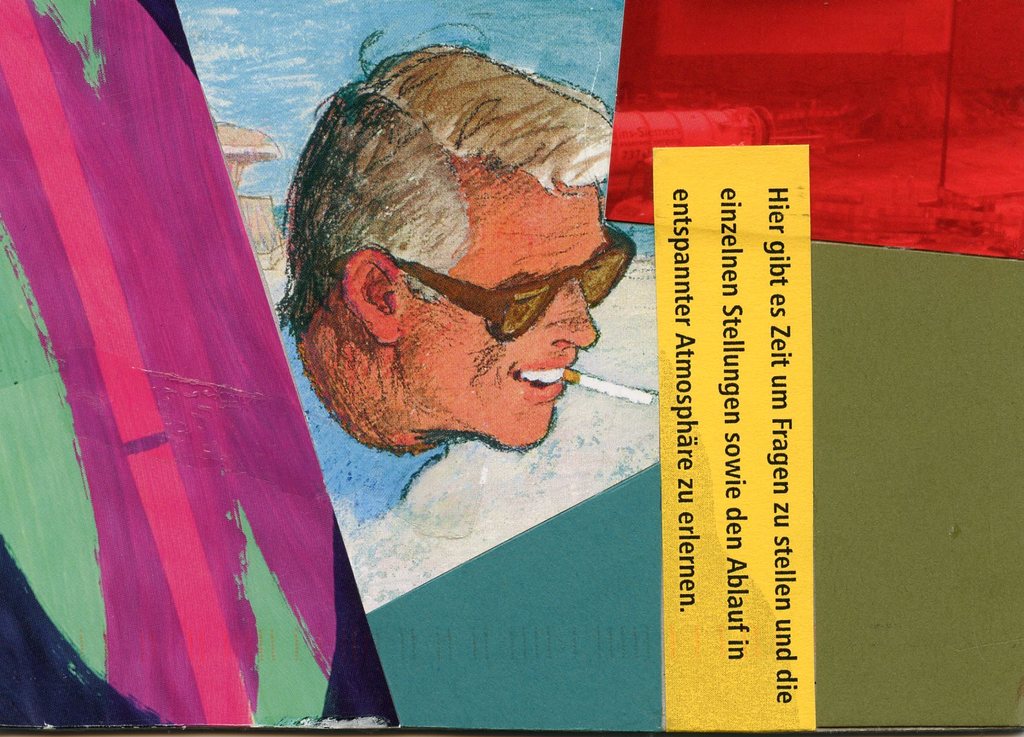 Complete with Erni Bär fuchsia colors. It's always good to get struck by the Haptic Wolf. 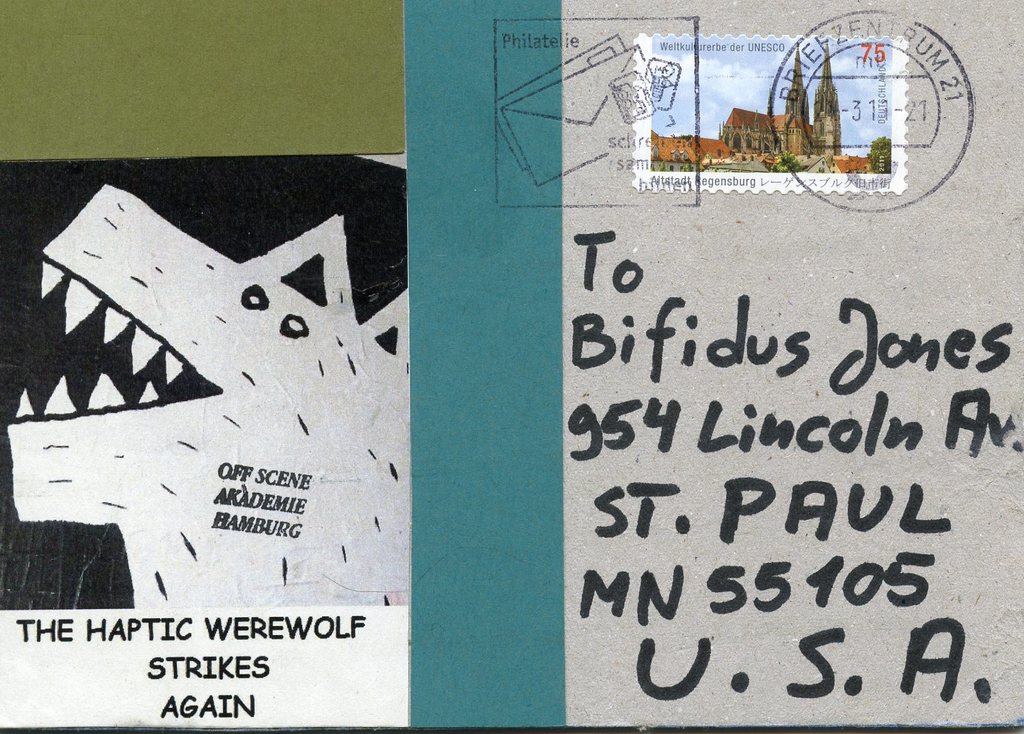