I got a terrific signed and numbered book by Henry. The kind of book that makes the heart gallop and the mind sing knowing that the world is right again as long as you're holding this book in your hands: Henry had an extended stay in Greece where there were many cats in the area where he lived. The cats all had names too, Henry says, names like Fatso, Strontzo, Machog, Foxy, Margarita, The Moaner, and the Colonel. 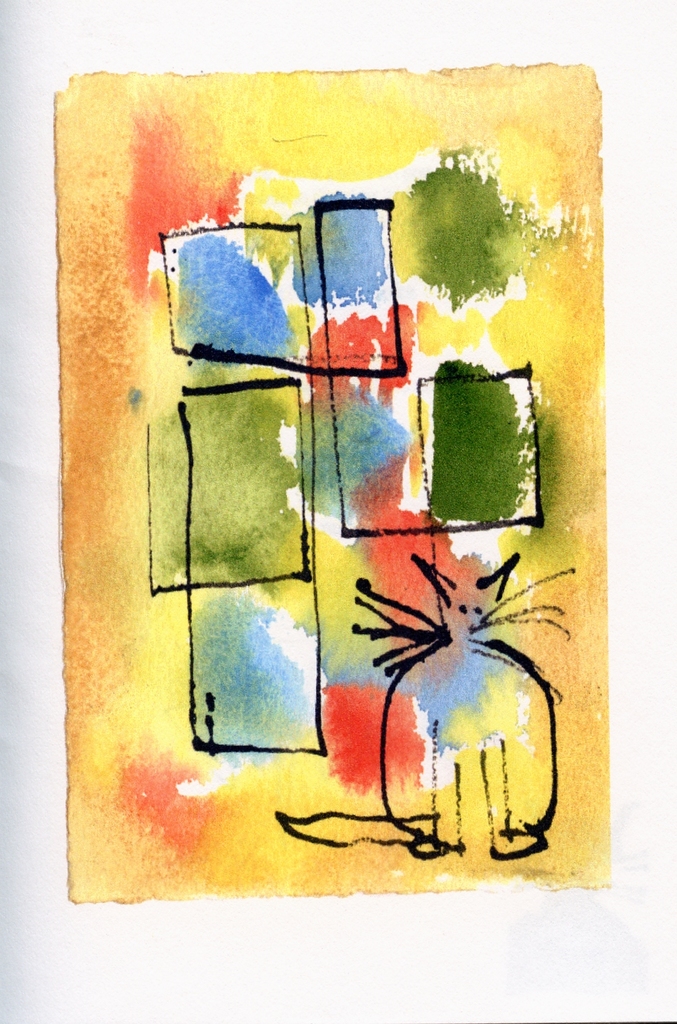 Henry also included a small stamp sheet with one of the watercolor pages from the book: I feel lucky to be one of the recipients of Henry's book. And of course, the book came in an envelope loaded with Henry's marvelousness. That's great. I love the watercolours on this unlikely combination of cats and boxes.

Beautiful and his work makes stunning stampsl Lucky you.