Diane Keys posted Moon trash she had received from Lisa--beautiful squashed can Lisa found under a tree--and I like a pig said I wished she'd found two. She had! I couldn't believe it. It was my birthday, so she mounted it that same day, wrapped it in great cowboy paper, and mailed it off. Also because of the day, the postal… 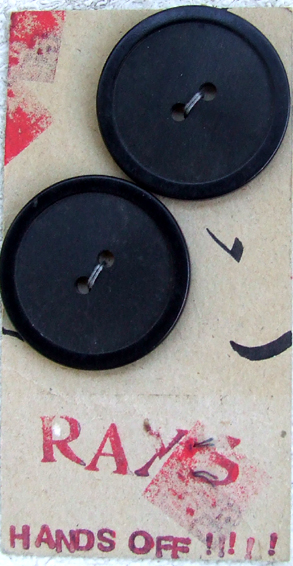 I wish I could read what Svenja wrote on the envelope but I don't think it says Flying Monkeys. The envelope is great and I'm assuming the Ray piece is related to his birthday. The buttons are enormous. I've never seen any that big. They are about 2" in diameter… Continue

LADERS ARE SUPOSED TO MAKE OUR WAY UP POSSIBLE. SOME TIMES IT’S A DELUSION BECAUSE SOME LADERS ONLY TAKE US DOWN AND UNDER.

SOME TIMES IT’S A DELUSION BECAUSE SOME LADERS ONLY TAKE US DOWN AND UNDER. 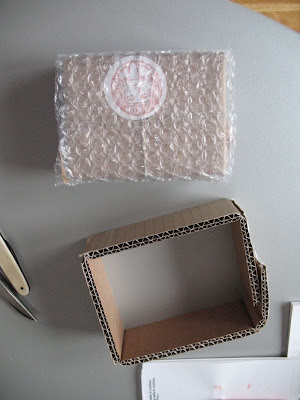 The parcel that J.F Chapelle (France) sent me was well packed. It is a whole performance to just open it. I needed some sissors too as you can see below.… 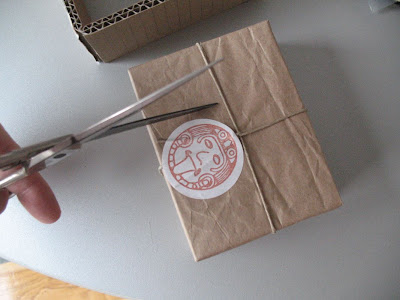 The Art of Envelopes: inside and out from Marie in Japan, Mim, Dean Marks and Ruud! From Cherry Blossom, Marie, in Japan, comes this envelope with a beautiful "woven" piece inside. BUT the envelope is also a work of art outside here, and when opened completely: inside, too! 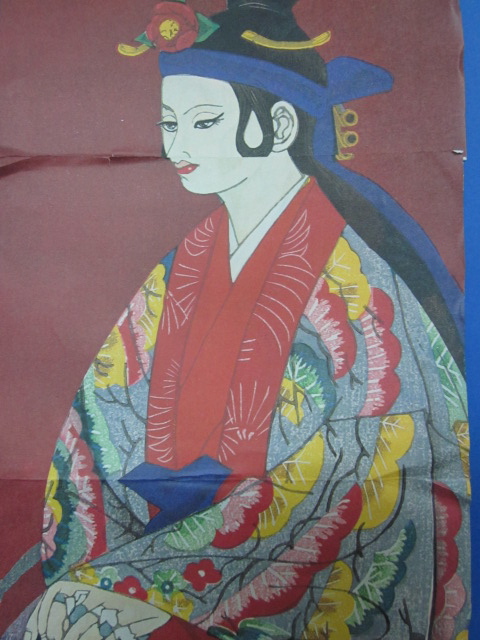 Dream series, the Beginning (The House on the Hill) - from Cheryl Penn 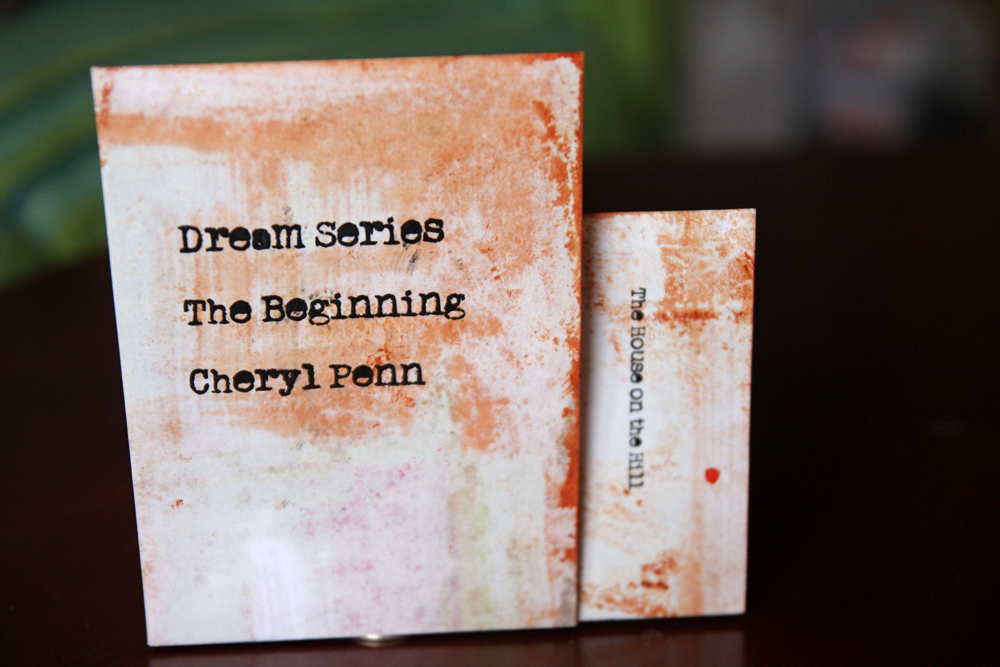 During the last months we have seen some of Cheryl's Dreams resurface. Most of them were wintery Nightmares, inhabited by blinded Pigs, haunted by Monsters of all kinds. This recent series is a continuation of it, but also a new start. We are clearly slipping into a warmer and less tormented season. Without ever leaving the Fantasy behind, of…

As most of you know I like to paint my envelopes. After this weekend the next batch went out to some of you. 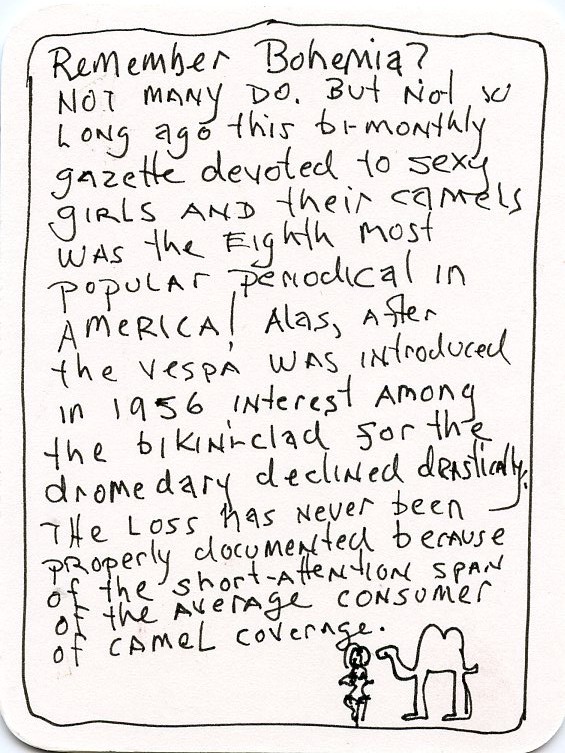 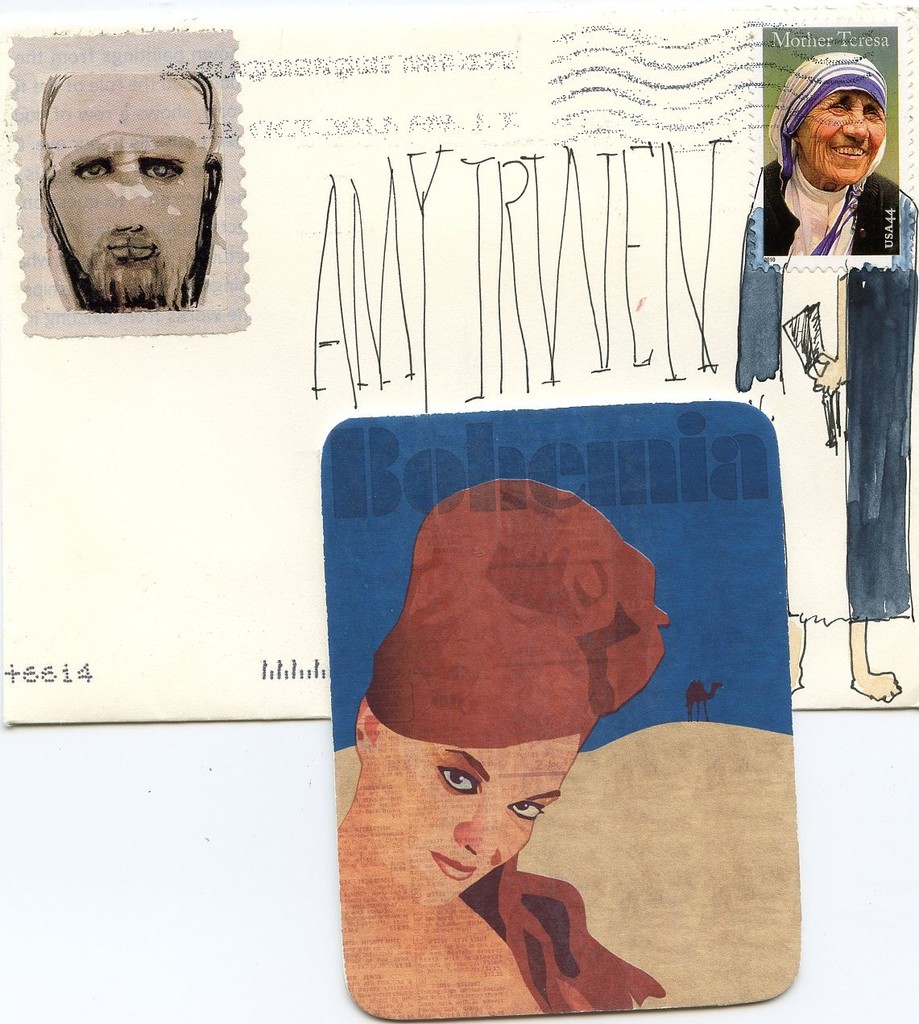 Thank you David...Bohemia is very beautiful...not only the front but also the back and the envelope..I feel like I received (3) things in this one mail art...… Continue

Received from Superhero and Charlotte_10.24.11 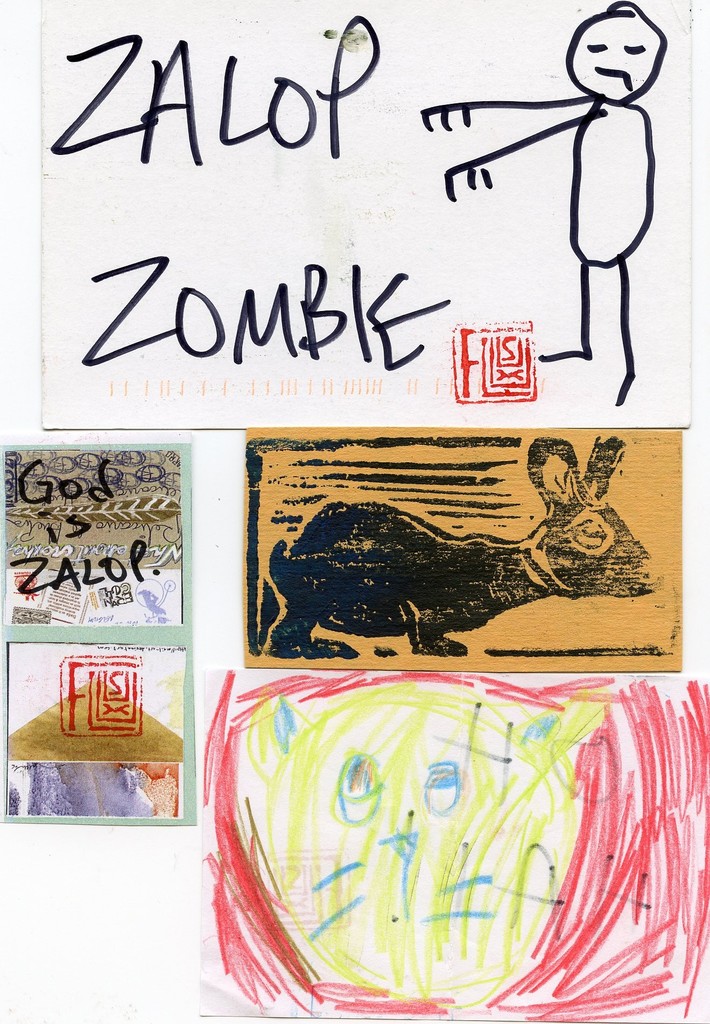 Got a big chuckle out the the Zalop Zombie!!

And, I ALWAYS love to get something from Charlotte... 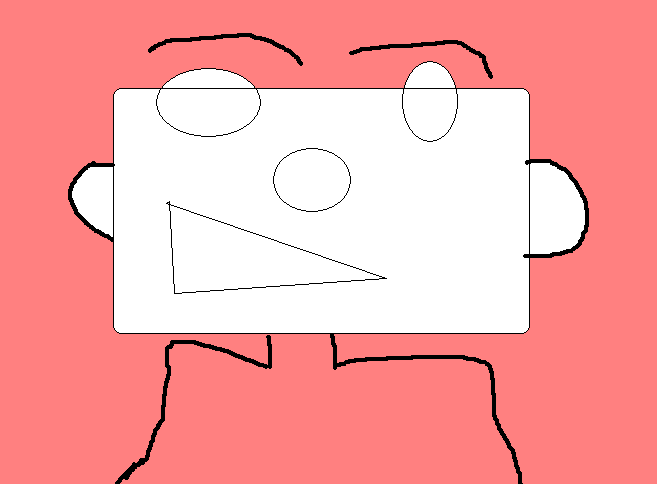 This little goodie was tucked into and Add and Pass sent by Fleur and arrived Saturday....I was very tickled! Thank you Fleur for that Lovely Surprise!!!  *-*

A very nice surprise arrived Saturday..."Barcodes are Human too" by Dean Marks...Love the barcode work...color even.. Very Cool!!! Great mail art from Cathérine Petré, i just can't decide what my number is, maybe the seven?? Thank you very much, Cathérine (and for the great stickers!! I'll use them immediately...), I like this very much. As always there was a wonderful corresponding envelope:… 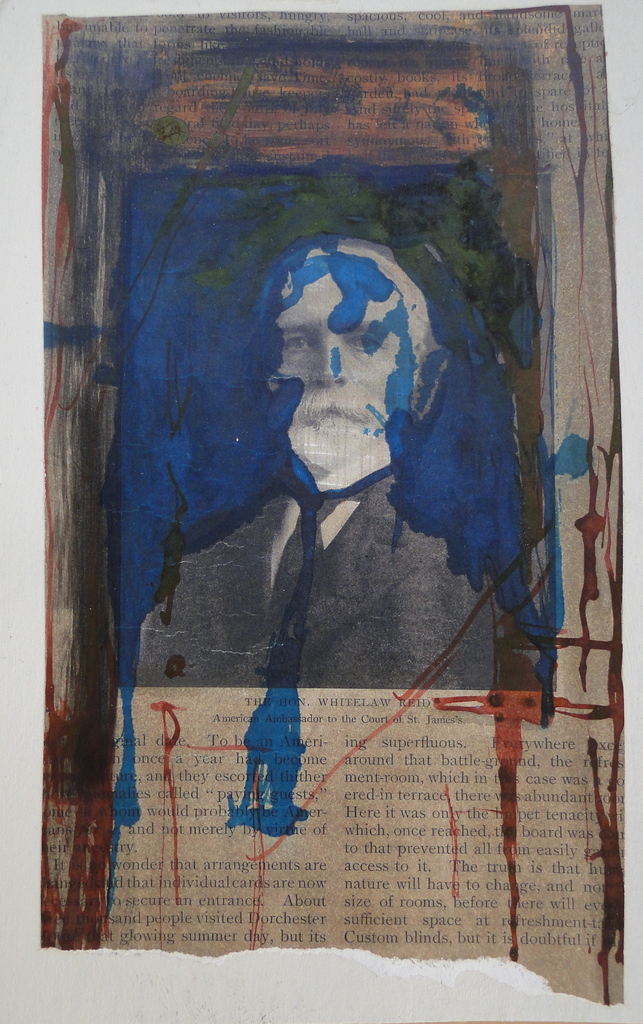 Just when I wished for more Nancy-art I found this wonderful card in my mailbox. Nancy wrote that it was just too spooky to keep it and that she wondered, "To whom can I send it?" - I seemed to be quirky enough! I'm really happy to be quirkyfied!! I love it, the way the painting creeped (?) into the old paper, the fading colours...

And I love the… A beautiful carving from Karin.  Wonderful colors too!  Plus two great ATCs!!  Thank you!!… 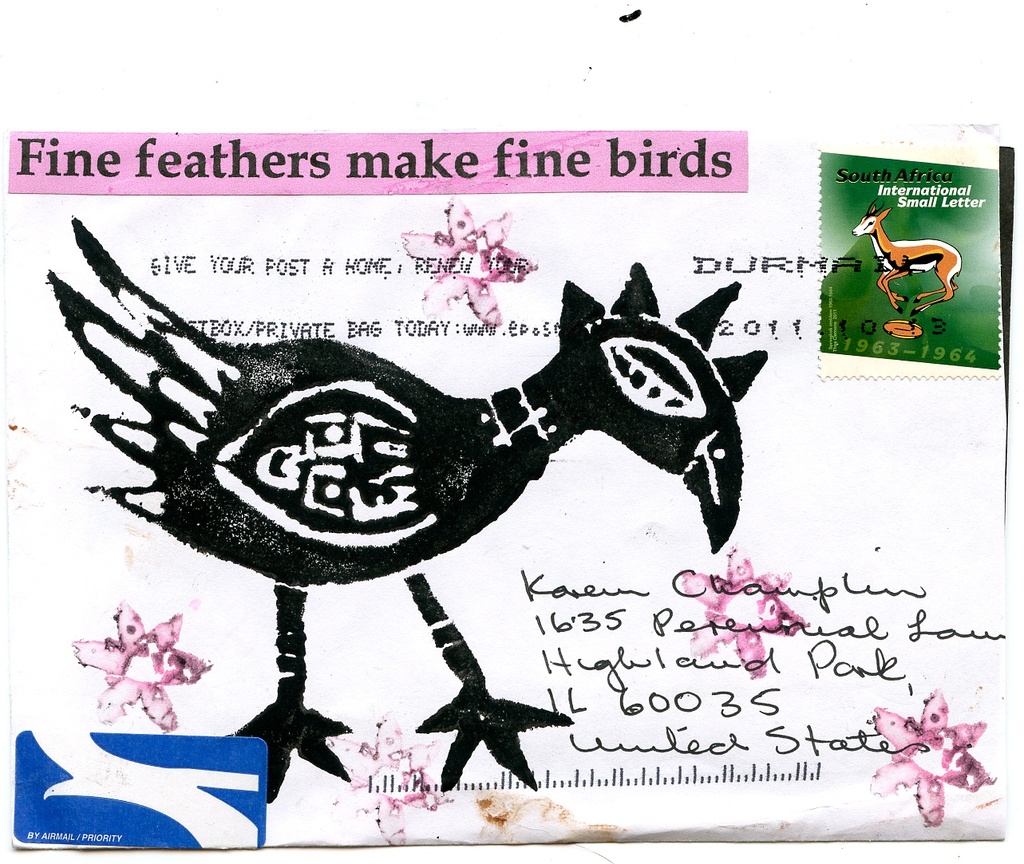 Just a wonderful collage from Kim.  Thank you!