Val, thank you very much for the amazing painted piece...I looked on the website and saw the poem that inspired you.. beautiful!  Your carved stamps are great, I'm thinking I need to learn how that is done! Sarah sent me some "first time ever" artie items... 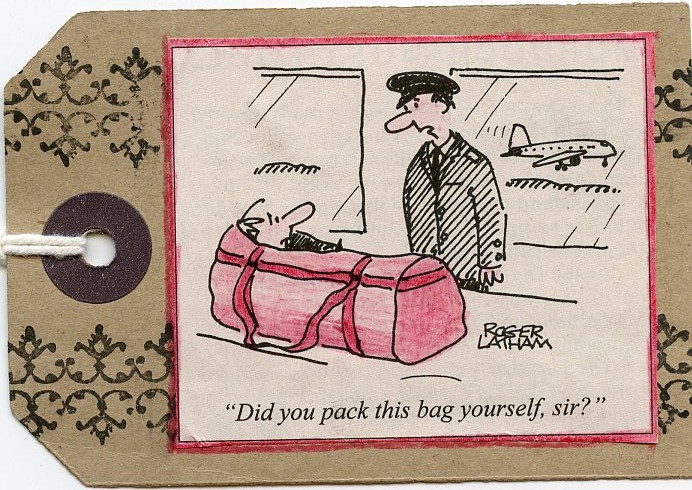 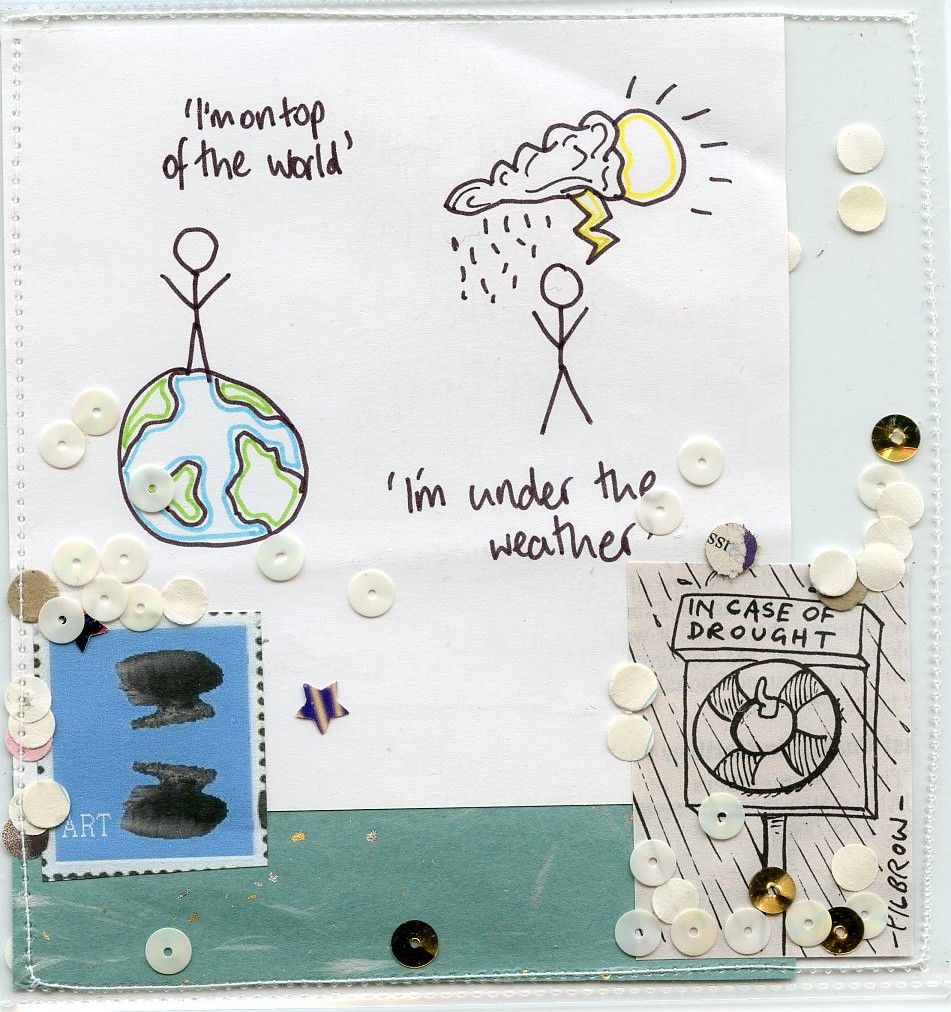 this was a great add...enclosing everything so far in a… 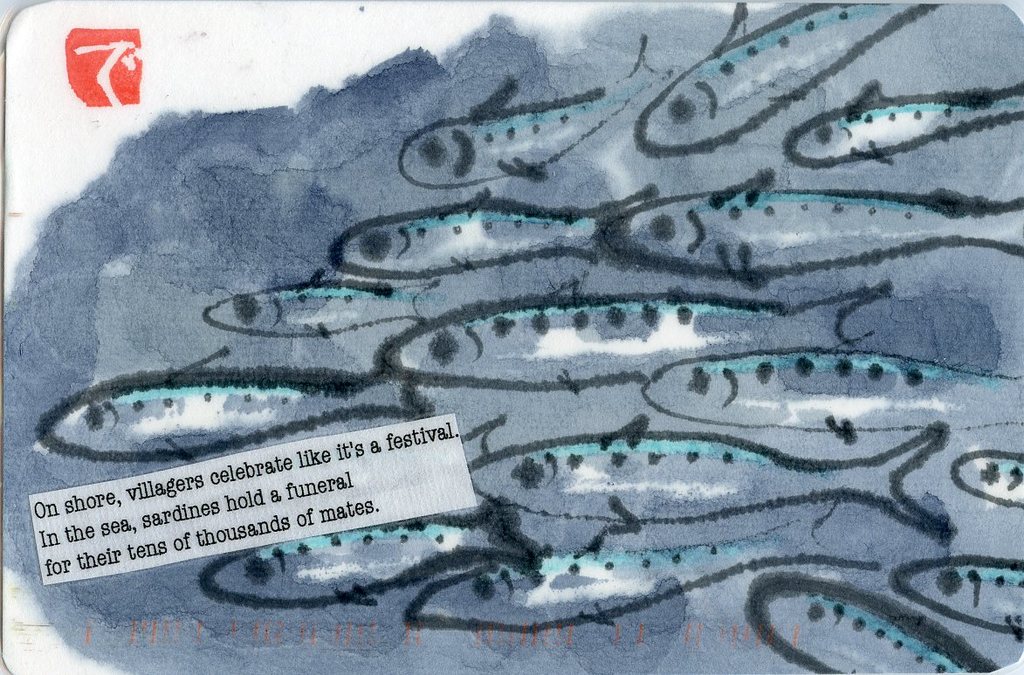 The Big Haul by Misuzu Kaneko, translated by dosankodebbie...

Beneath a glowing sunrise,

I am very late with posting all the wonderful Mail art pieces I got so I have to start now or it doesen´t make sense any more.

Some weeks ago Ernie sent me the answer to my mousenest. From the outside everything looked like a typical Erni message But at a point of putting away paper I startet to be a little afraid, causewhat could be the answer  on a mousenest? … 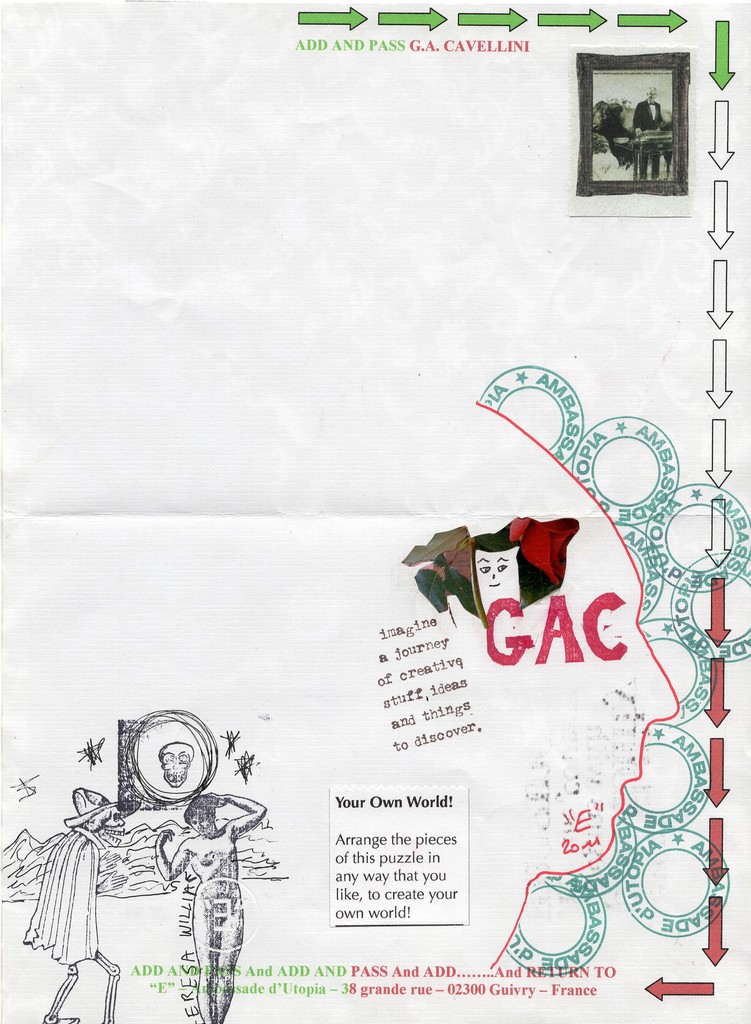 The other day in the mail, an Add & Pass that originated with "E" arrived via Theresa Williams ... I've added 2 John Lennons, a facsimile butler and bull in a frame (the original having been added to a Svenja Wahl collage that she was kind enough to send to me), and an inspirational quote about puzzles and pieces and being your own world ... a surrealistic touch if ever…

The beat goes on for Snooky ... Snooky's always up for some more "television snow".  Many thanks, Angie! Received this amazing first ever trashbook from Janine. It is definately the thickest one that has been made to date and deserves a… 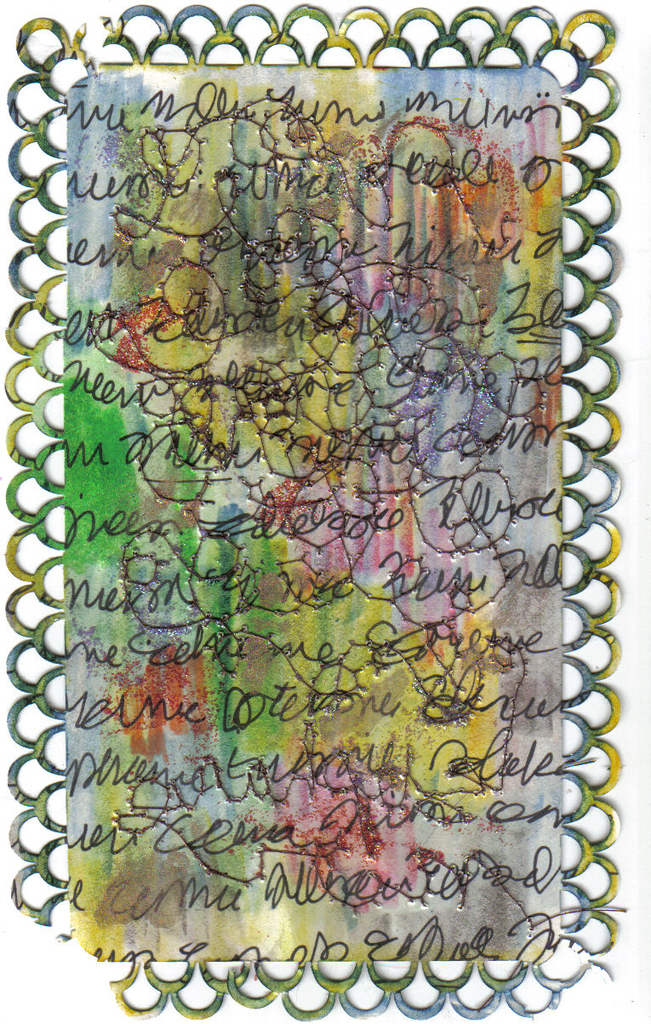 Really amazing mail art from Stephanie. The envelope itself is frameworthy. She has photocopied the art inside and made an envelope out of it.…

Monday's Magic from Marie in Japan 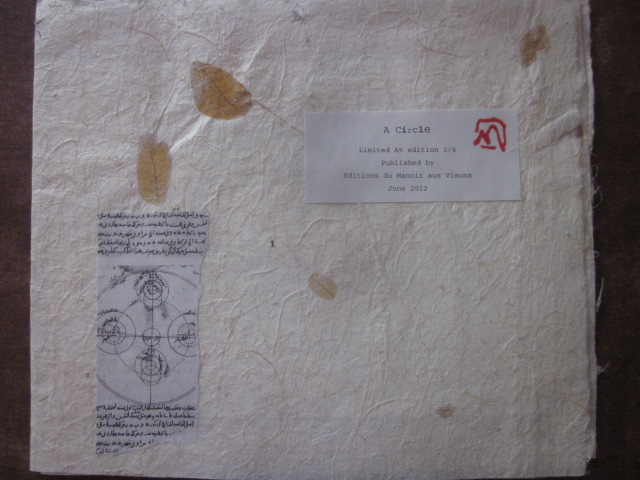 A large A4 envelope was tossed on the stairs yesterday,

but I retrieved it to safety and discovered delicate beauty inside, as only Marie Wintzer can create! 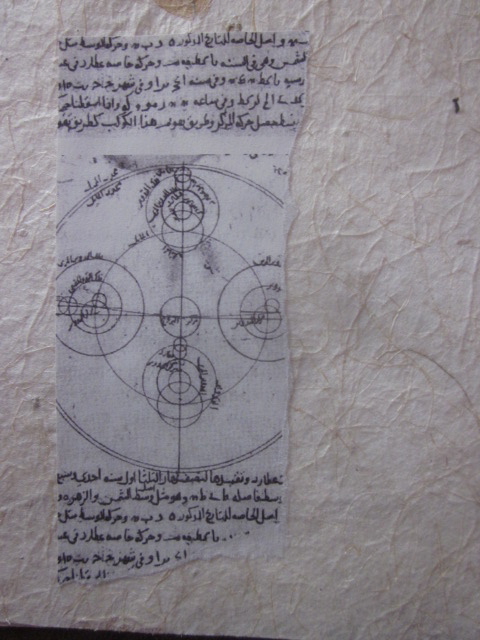 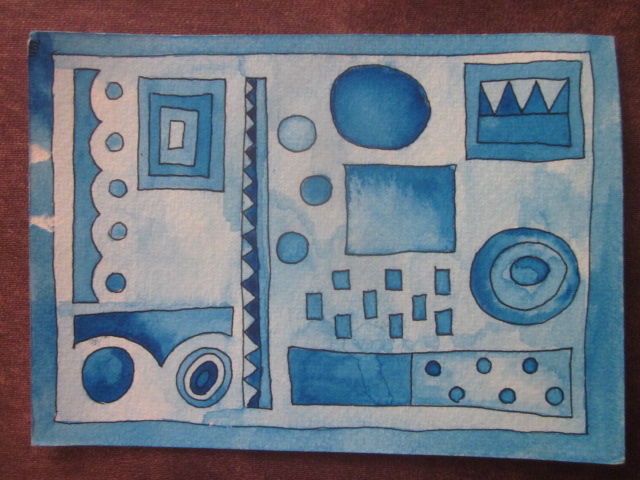 Beautiful BLUE in the mail box :-)

Suus in Mokum sent a fantastic blue watercolor...and we are on a BLUE-exchange for sure :-) Then there was BLUE surprises from Vizma...who is traveling and is now in Trinidad, mon!… 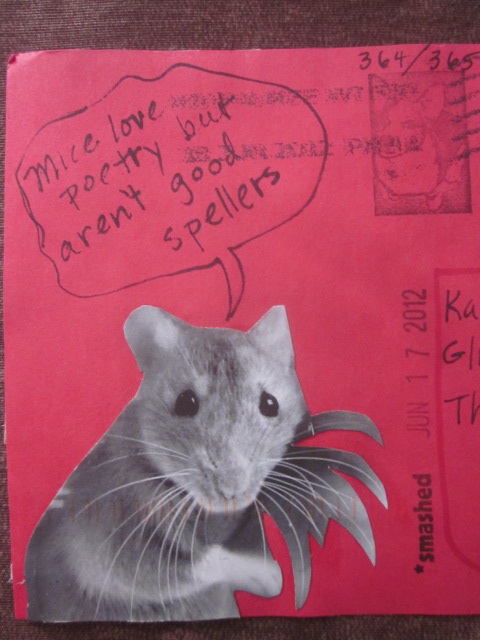 But the great thing is that Angie and Snooky have completed "365"! Congrats! 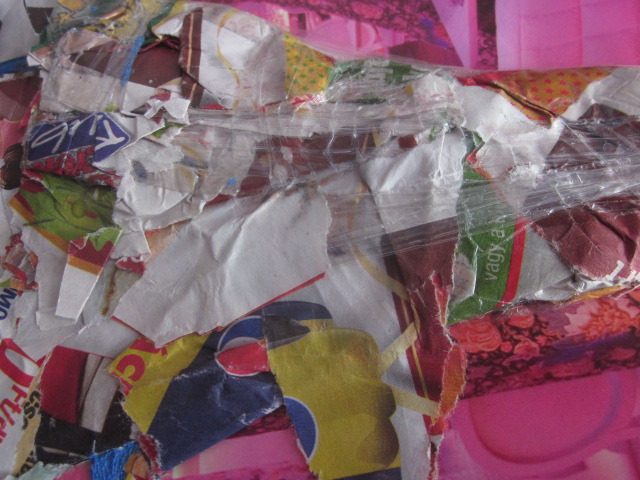 What a bunch of garbage? NOT! FAB Pink Trashpo and mysterious "eyes" from the Artist-in-Seine: Dean Marks. 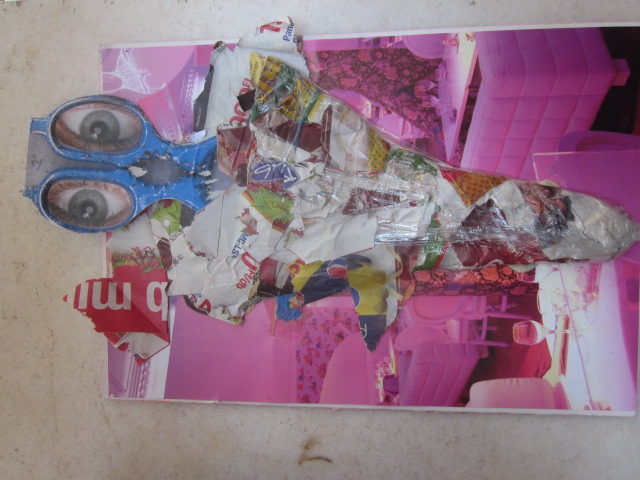 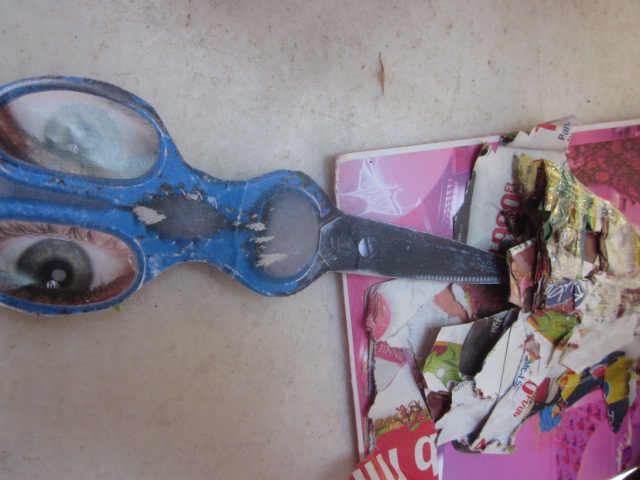 NEWS FLASH: The Queen does not dress down even when peering out of ordinary housing

This isn't Buckingham Palace, right Dean? But I don't know, maybe the Palace signs are hidden underneath the glued-on wooden fork that is plastered against the house. The Queen doesn't even look surprised by the fork. There seems to be a little consternation on her face, but I hear that isn't unusual : This is from Dean Marks's "Mail Art on the Road" series, of course,…

The Eugene O'Neill stamp+envelope from October 16,1967! What a beaut Bifidus sent me, and notice that he included quite an education. I learned numerous things about O'Neill that I'd been sorely ignorant of until now:  … 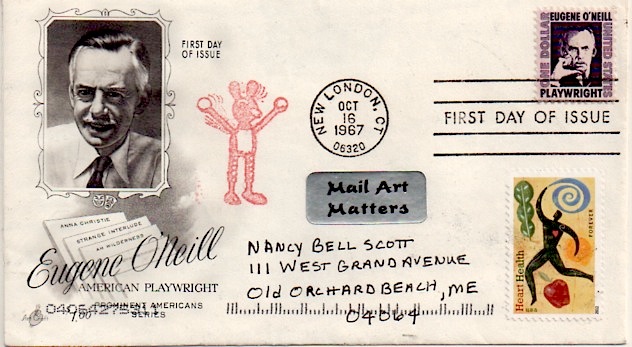 Two of the three pieces in Janine's anarchic-looking envelope feature leopards, among other things, including a talkative and/or brave bird. These are delightful: She also included another collage, more abstract and yet still we can recognize a creature in the corner. At first I thought a dog, but now am wondering if it's another wild cat in a rasta hat. In any case,…

An excellent collage that I consider a most successful "experiment in consumer consciousness," as Lynn puts it: 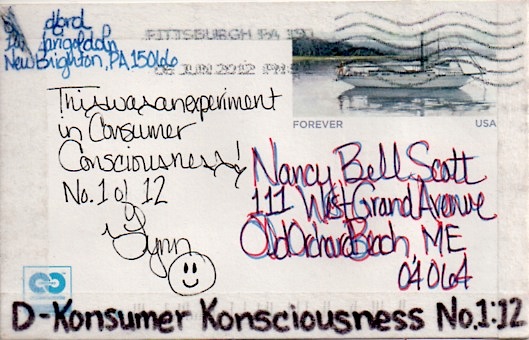 It's an inspiring addition to the Kult of D! Thank you very much,… 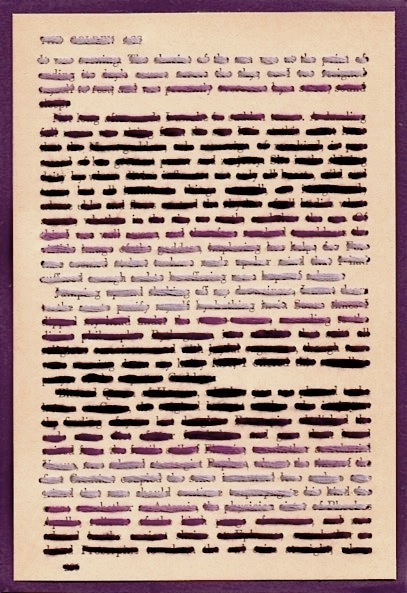 She did this on a page of text, so that the threads are covering, or almost covering, every word. It's a fine, beautiful, and mysterious piece. This is the second time I've been so fortunate to be richly surprised by mail art from Rebecca in my mailbox. Thank you very much, Rebecca…

What is a TrashPo Bubble, Anyway? A little back story is needed here: The first piece of…