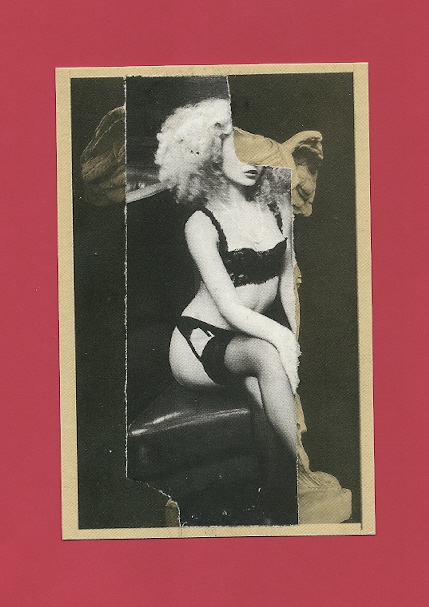 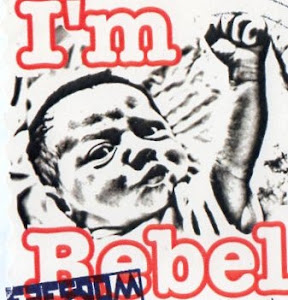 January 30, 2012 - Poet, artist, and critic Guido Vermeulen is a steadfast supporter of the international mail-art network. He posts work he receives at the IUOMA. Several times I have registered praise when he posted work by Thierry Tillier, who is one of my all-time favs, along with Tillier's partner in art Little Shiva. (I think she produced these pieces.) Guido apparently remembered this and included two Tillier postcards from Brussels in a recent installment of mail-art.

Tillier's work has been shown widely. He is known especially for collage, photography, and music. Several concepts guide his composition, including "la loi esthetique des deus hypostases." This is an extremely effective yet simple method of juxtaposing two contradictory or seemingly unrelated images. The roots of this concept can be traced to DaDa and the historic avant garde and also language theory in linguistics and postmodernism. A look at various Tillier blogs and websites is very worthwhile:

Here is the second Thierry Tillier card Guido sent me: 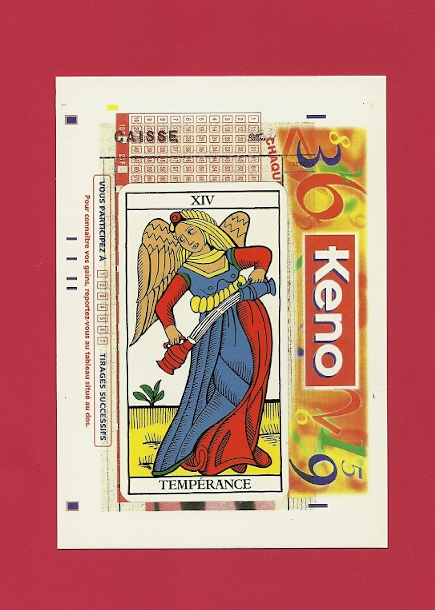 Tillier, as the result of talent and long experience, is a master of ripped paper collage, as shown in the scan at the very top of the blog. The raw expressiveness reveals Tillier's roots in Punk, which has evolved its own aesthetic. The surgical rips - creating absences - are essential for the achievement of "la loi esthetique des deux hypostases." The colorful second card, I think, is a more conscious meditation on randomness or chance: central concerns for the composition of this kind of work.  Here are the reverse sides of the cards: Thierry Tillier has been a contributor to the mail-art network for many years. Artists whose careers have moved in other directions as well often stay involved in the network through larger-run printings such as this that they can send in lieu of original pieces when volume makes it no longer practical.

Yoko Ono, for instance, has been a steadfast mail-art supporter for decades, due largely I think to Fluxus. For a good part of the 1970s and 80s - and this is by now the stuff of legend - any mail-artist who sent her work could be reasonably certain of a response. Many of these were mass-printed pieces with written responses from what I have seen, although content varied considerably.

Little Shiva (Charlerois, Belgium) seems to have had a role in producing these cards Guido sent. Her alter-ego is a character named Trashbaby and she is involved in numerous projects such as "Finger painting on Mars" and "Visible Trash":

So anyway, Guido Vermeulen sent me this sort of care package with art and updates from Belgium. He does wonderful and very distinctive hand-painted envelopes: I learned a great deal about Guido's work through the Asemics 16 collaborative book project. He creates visual poetry as well as excellent asemic writing that I think is very much in the tradition of Henri Michaux. I like the asemic characters on this envelope especially. Here is the reverse side, which also gives you the work's title: Guido manages several blogs and projects that attract stellar work. He is now embarking on a new "REBEL" project that views the situation of the individual artist to rebellion and also connects to current global movements such as "OCCUPY____." As I look through numerous blogs and new work by artists and writers in many different nations, it seems very clear that very clear political statements are appearing in work. Leave it to Guido Vermeulen to explore this direction with thoughtfulness and from many perspectives: 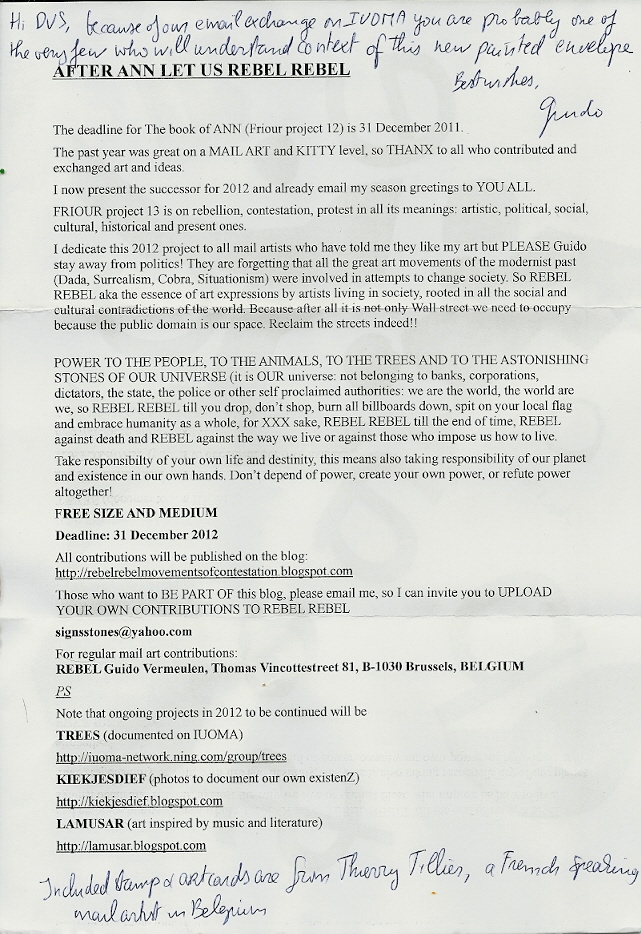 Many thanks to Guido! Don't be square; be there. Even Cheryl's there:

And from the Bertolt Brecht Alienation Fan Club....

My take would be that the Femen Group is employing good old fashioned avant garde "shock" tactics along with lowest-common-denominator advertising gender exploitation to create an artificial media "performance." The question of moral high ground is muddy at best, although I imagine most of us are routing for the blonde. The fact that Brecht contributed so much to this approach made the blog even more compelling.

Back in the day, what choices did a global-cultural-bigshot like Brecht have when it came to the daily bread dilemma? (1) Hawk screen plays in Hollywood or (2) write policy manuals for Joe Stalin - both employers offered inhuman conditions and lousy benefits. You needed to be very careful about burning your bridges with either too. 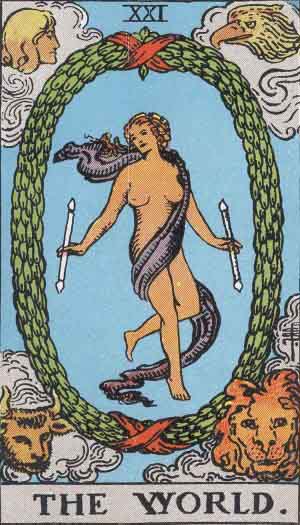 And another Guido original

Great Cheryl, and you reminded me TT has a call out for a Fluxus/Anti-Art/Mail-Art show

Another great blog De Villo and the perfect place to paste my new Guido envelope :-) - title: DW, Does it have to be mine?

DK, The wine label refers to the song's chorus "Take a bottle, drink it down. Pass it around.".

DVS, I managed to get a Old Art/New Art collage card out to you today.

Diane, seriously, that collage on tvsnow's blog is really good. Let other people decide the work that should be burned. Oh wait, part of the collage is burned. I get it.

And his lamination technique, like Erni's packaging, is bulletproof. Occupy Sesame Street

maybe I should have written that I hate poly- cliques. I made that piece so long ago I looked at the link. I don't think at that time they I was posting much of anything. I did have fun burning it.