The like-television-snow TV box from Janine, complete with iconic buttons and the bottom of the box! 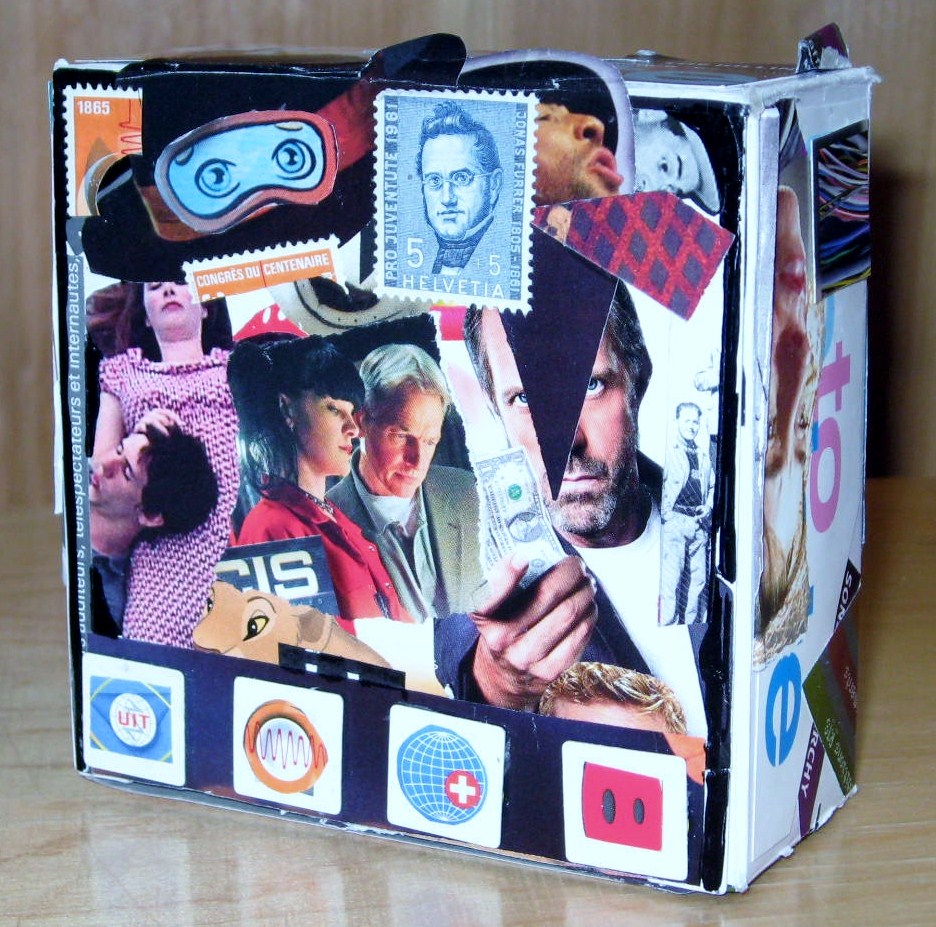 This piece from Carina came in last week ... homage to Flash Gordon! I sent a soundtrack to Pedro for his Mute Sounds project. Pedro sent this cool object packet with the project CD included. 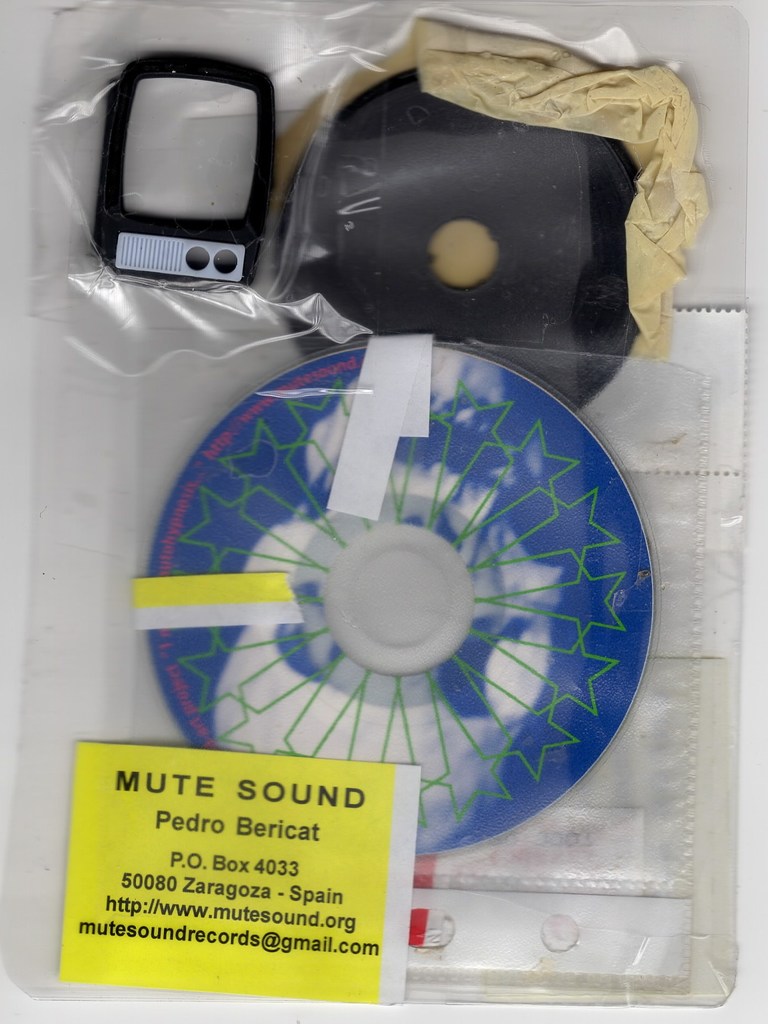 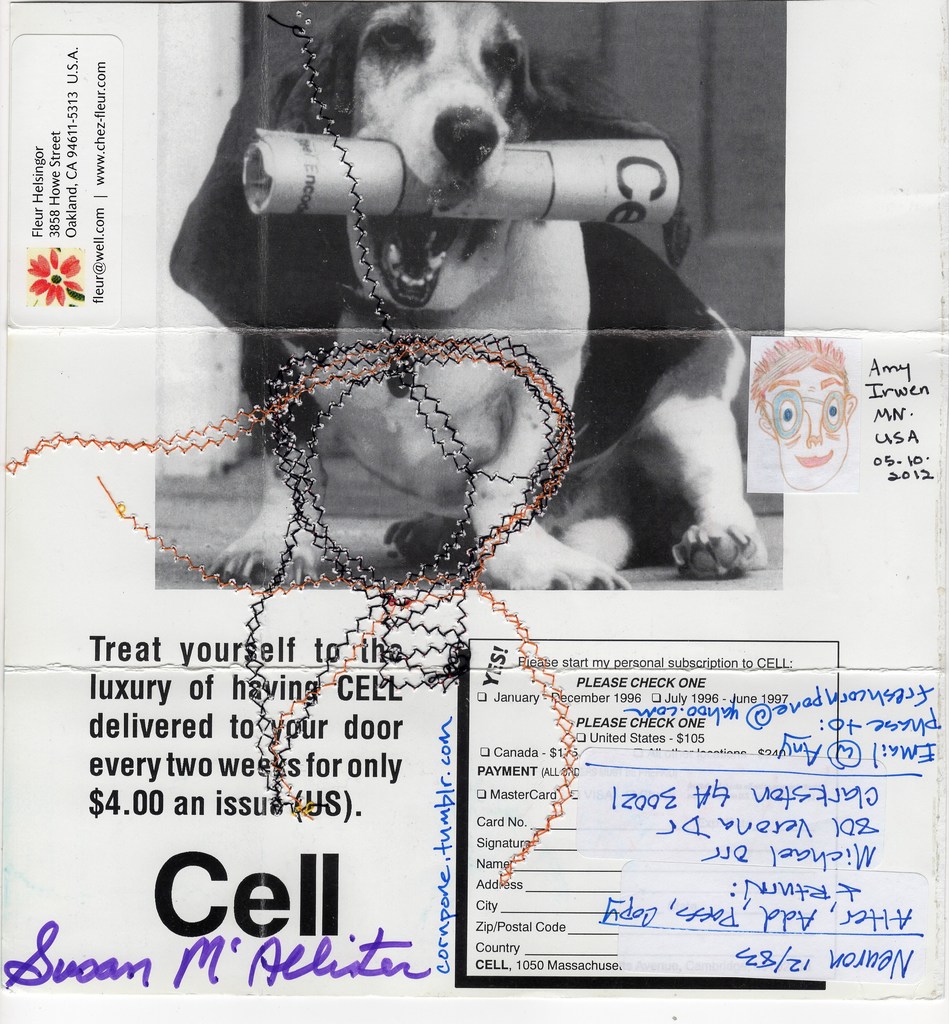 Claire Dinsmore (Cleo) sent this wonderful, dieses zauberhafte package - I'm honored, spoiled, happy - you'll see (but not all at once ;-)… 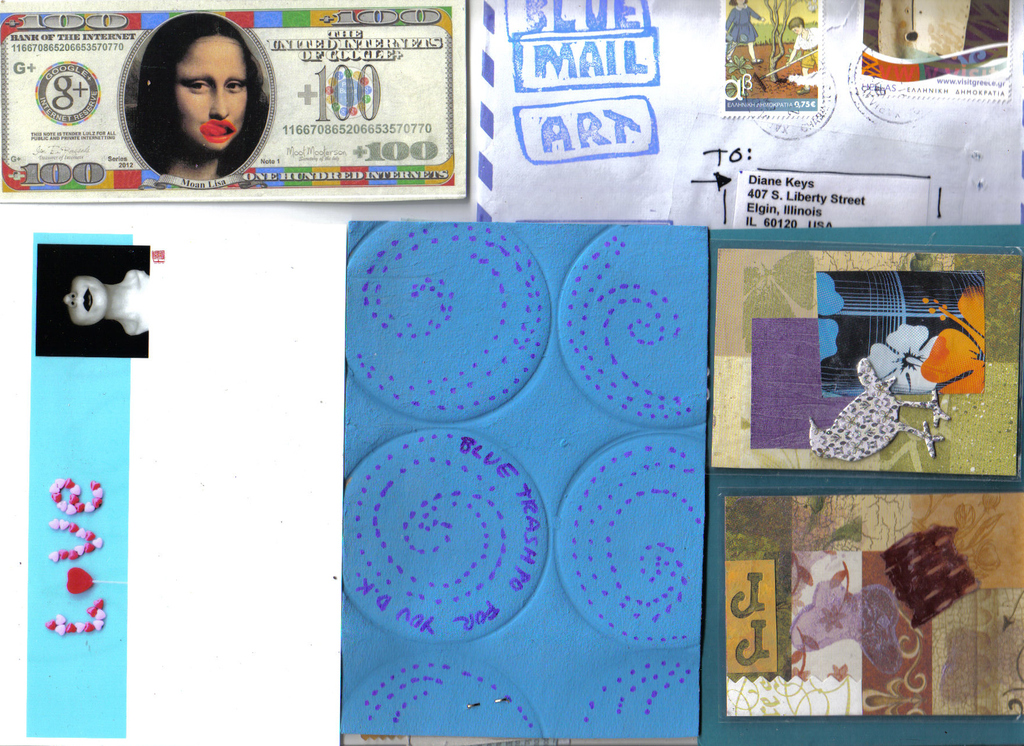 It just so happened that all the mail I received in one day was blue. Maybe Kat's love of sea blue is seeping into the collective unconscious. I received a wonderful envelope from Amy Irwen with these ATCs in it. The ATC holder was made by Angie. The Blue Trashpo is from Kat and I'm loving how she is including bits of trash stapled on the back for use in making trashpo. I…

Monday Mail Art in Green mail box from Lesley and from Val, too! It is always a treat to see a mail art envelope from South Africa! And when it is from Lesley Magwood Fraser,

you just know that it contains a rare and beautiful drawing. Yes! 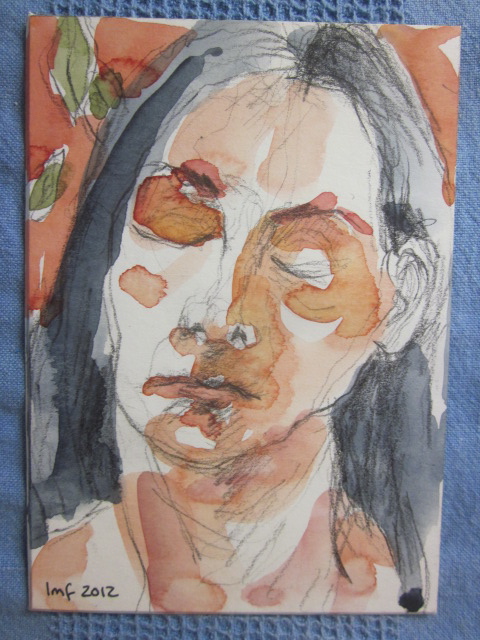 And this time there is elegant color tone… Janine knows how much I loooove BLUE! She created a beautiful BLUE arty envelope!

This is a wonderful BLUE package , front and back, from Janine in Switzerland, She stitched and glued a BLUE… Nice to see the mail box "overflowing" on a Monday morning!

Luckily the contents were safe. My mail box likes small mail art (half A4) .

And as I will start to be away at the seaside shack...best for the summer months

we keep the mail art small, small enough to stay in the green… 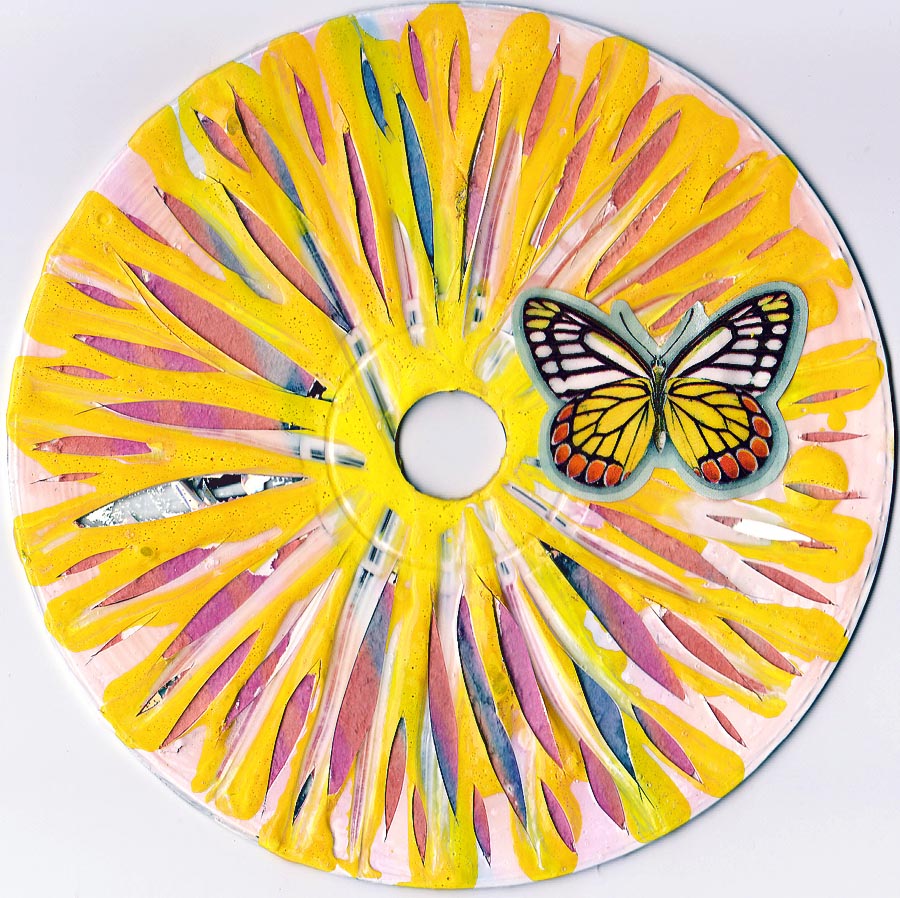 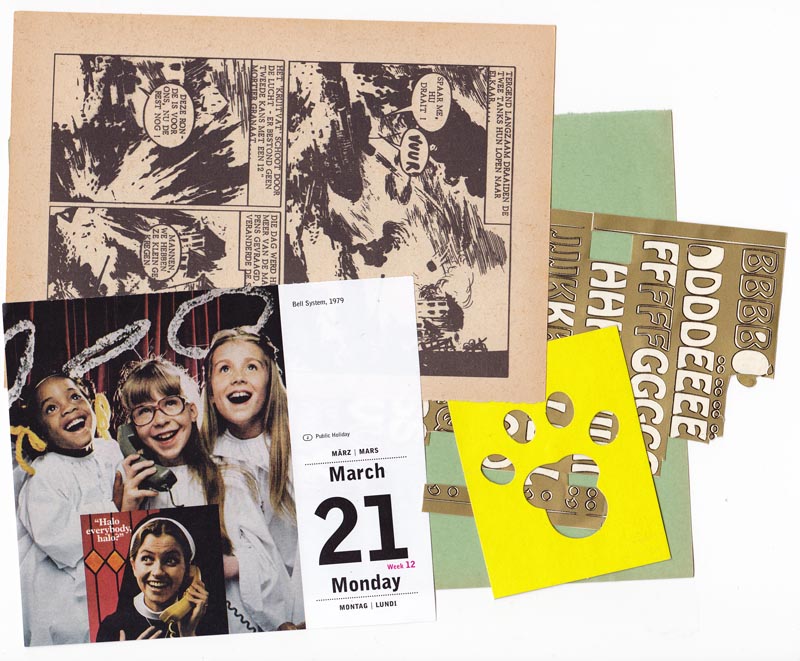 ON THE 5TH OF DECEMBER, 2011 I HAD A TUMOR REMOVED FROM THE TIP OF MY NOSE.  EVERYONE KNOWS THE CAPTAIN HAS PLENTY OF NOSE AND THAT THERE IS NOSE TO SPARE.  I ALWAYS REACT TO ANESTHETIC OF ALL KINDS IN STRANGE WAYS. SOMETIMES IT TAKES A VERY LONG TIME FOR IT WORK OUT OF MY SYSTEM. THE CRATER LEFT IN MY NOSE ALARMED THE GENERAL PUBLIC.  MY BROTHER AND SISTER-IN-LAW FELT COMPELLED TO PROVIDE ME WITH A DISGUISE / PROSTHETIC WHICH I GLADLY USED BEGINNING IN JANUARY, 2012.  THE UN-RETOUCHED…

THE CAPTAIN MAKES CERAMIC SCULPTURES, EXHIBITS THEM IN ART GALLERIES, AND SEEMS COMPELLED TO MAKE AN ARTISTAMP OUT OF THE SCULPTURE'S IMAGE. THIS IS A TRULY SICK ENDEAVOR...… 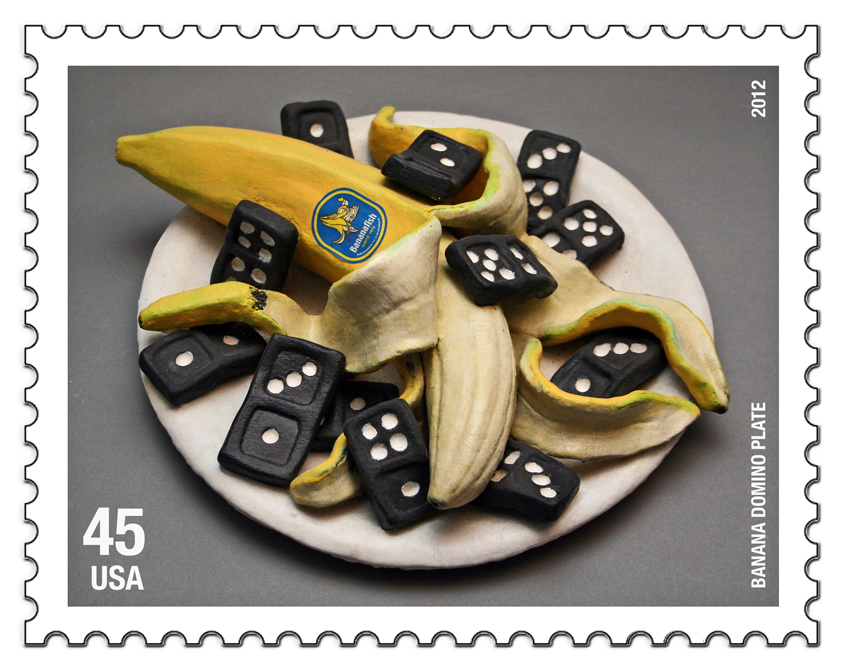 CAPTAIN BIOLOGY'S AEROBIC PLAN : THE SEMAPHORE METHOD (CLEARLY SUPERIOR TO ALL OTHER SUCH SCHEMES) The Ammazulu African Palace in Kloof, which she says is a hotel "crammed with art, colour, texture and eccentricities"--and she sent a little drawing she did while there:

It is charming, and Les says this is a Zulu beadwork necklace that was hanging on the wall. Her envelope is charming too, so it is included in the photo. (Interesting stamps--"Standard Postage.") Thank…

He looks only slightly possibly a relative of Timothy Leary, but that can't be it. Is he your Uncle Jack? My Uncle Jack doesn't look enough like him: 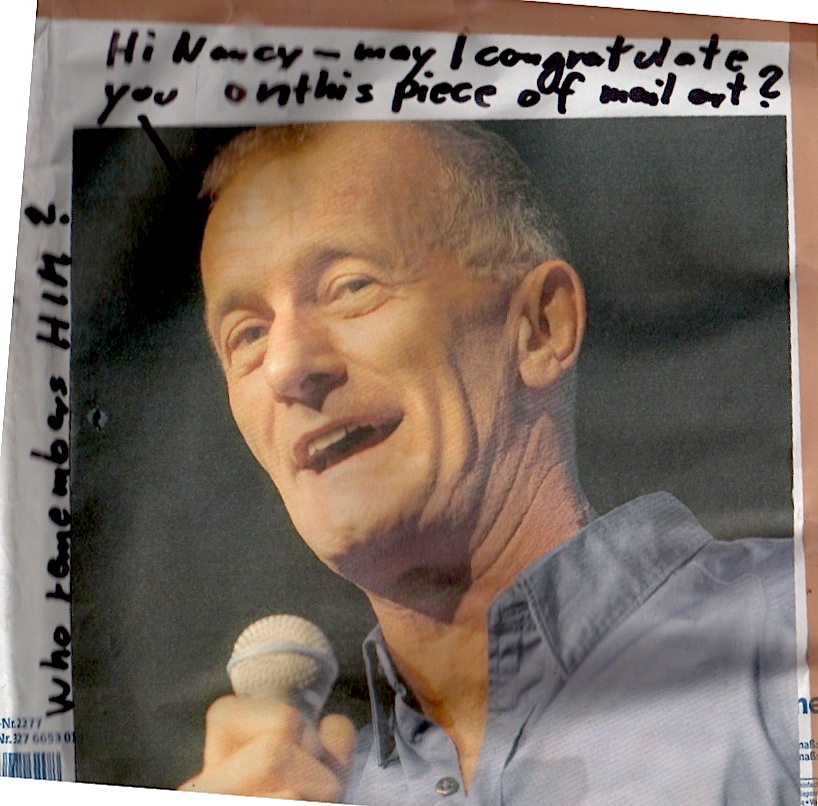 Here is another collage by Erni, whose collages are really appealing to me: WHY I AM A MAIL ARTIST: THE BIRTH OF CAPTAIN BIOLOGY! (A TRUE STORY)

PEOPLE ASK ME ALL THE TIME: "WHY DID AN ULTRA-RATIONAL MATH / SCIENCE GEEK LIKE YOU EVER TURN INTO A MAIL ARTIST?"...THE UN-RE-TOUCHED PHOTO WILL SHOW HOW I WAS BITTEN BETWEEN MY EYES ONE DAY IN THE '80'S WHILE WORKING IN MY LABORATORY. THE REST IS HISTORY. … 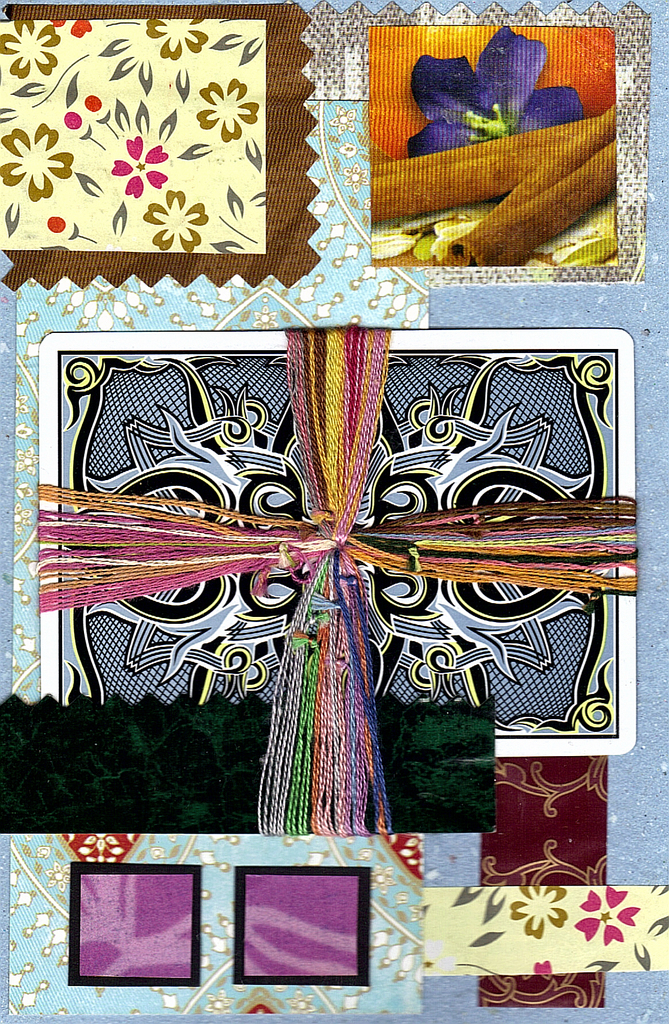 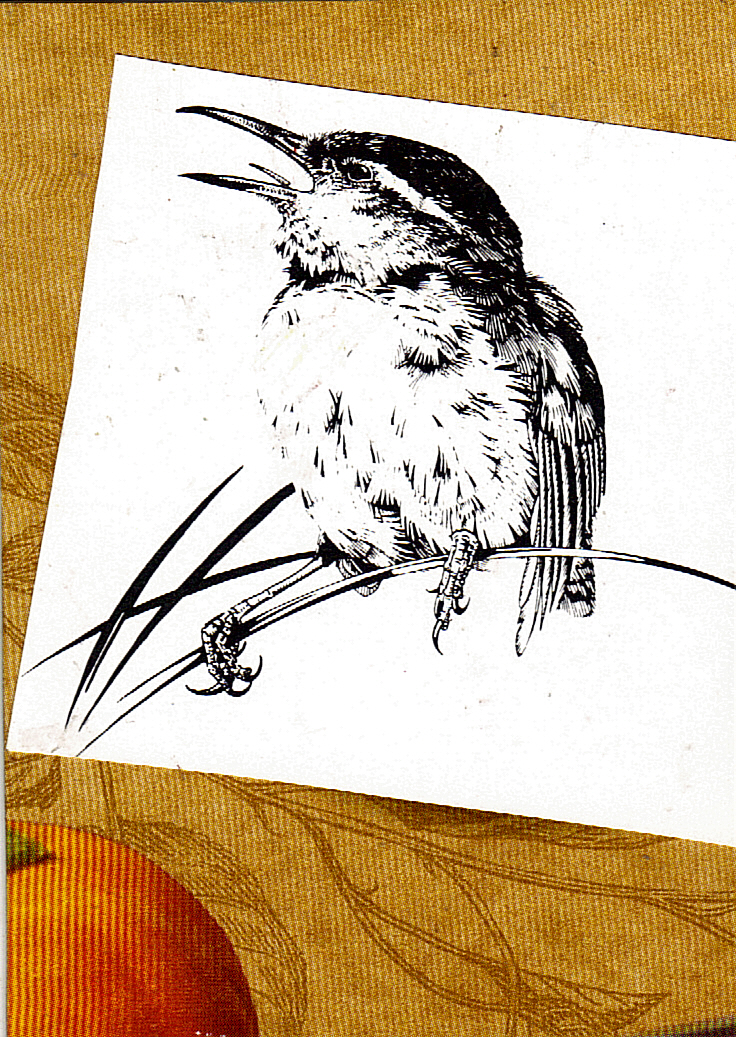