I'd love to have your mail art to exhibit in pop up exhibition at a volunteer led, community cafe in Edinburgh. Send work quickly

Zine in a Box from TicTac 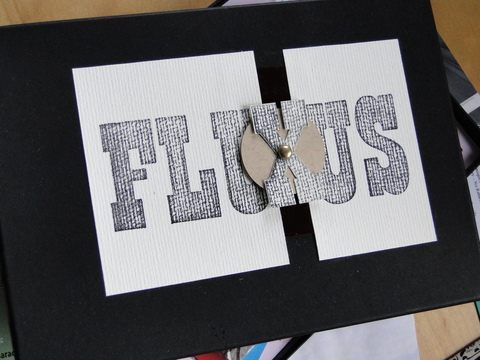 Thank you very much, it is such a pleasure to rummage around in this…

Erni Bar: In for a penny, in for a pound

Actually in Eurpoe that would be; In for a cent, in for a Euro.  But not this tme.  No, Erni walked right pass that Euro shop today, and went home and made an Erni classic. 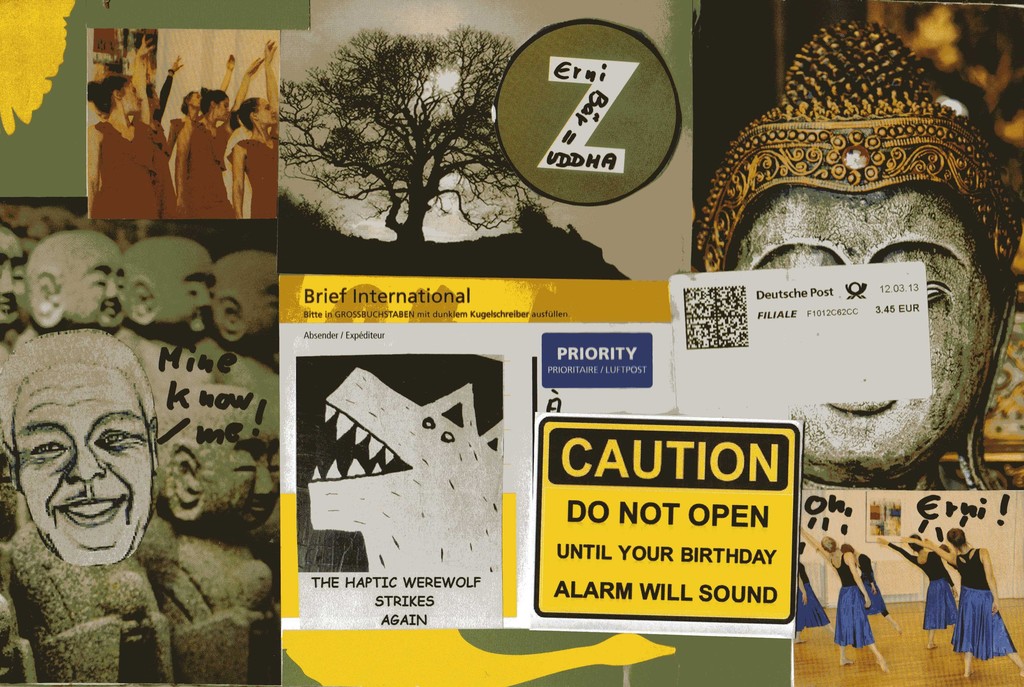 Thank you Erni, the inner Erni is worth much more than an…

An excellent "altered" version of Maurice Utrillo's Street in Sannois.  The folks of Sannois woke up one Sunday morning to find this huge crate in the street.

They called me on Monday morning to ask if I would be interest in coming to Sannois to take the crate away and make Mail Art with it.

Sure I said, so I picked it up, sent most of it to Suus in Mokum for a Banana project, and a leftover piece will be going out to Mim.  Problem… 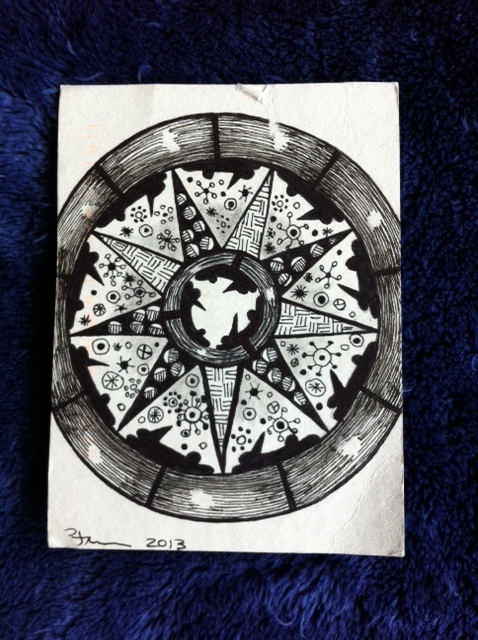 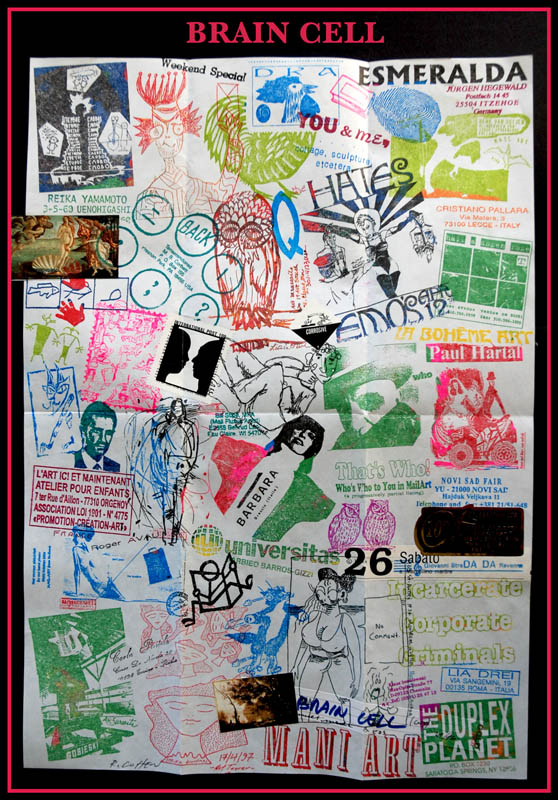 David , you do a great Ann Margaret 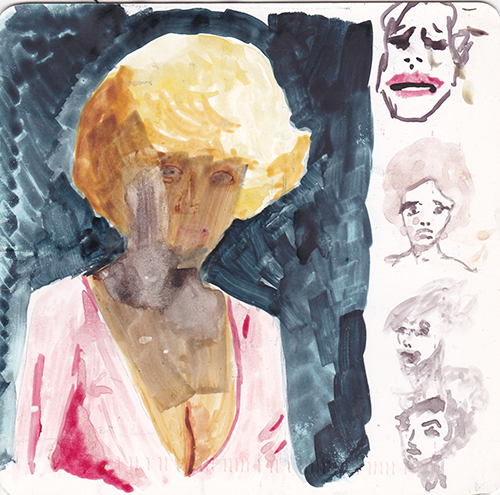 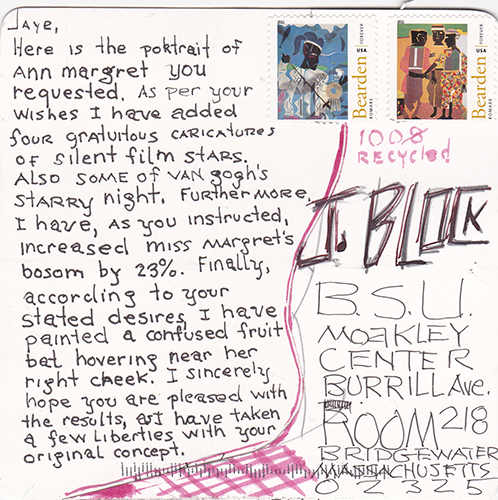 Pop Up Book from Stephanie Blake The Top Left is David's long awaited release of his early works. These have been lost for over ten years after the Santa Fe Monsoon of 2003. He is in negotiations with Sotheby's to sell this for a cool million. To the right of this gem, is a piece from Alicia Starr. I project constant insecurity onto Alicia, so mail from her always is reassuring. I feel I should know who is…

The Bennetts in my mail box today! What a joy to see a packet marked "Columbus, Ohio".That's Cathy and Cathy!

Something special from C.M. and John Bennett

Incredible envelope and letter from Taidge From New Mexico, A Sci-Fi by David!… Darwin meets Madonna and re-writes "The Origin of the Species". So here we go again, another Canadian picking fun at our poor Madonna. Heavens forbid if we say anything funny about Celine Dion. I bet the Canadians would start a war.

I could see it now, Canadians united side by side at the border throwing jars… It is my first envelope devoted to "the 400 anniversary of House of Romanovs". On an envelope portrait of the "quietest" tsar Alexey Mikhaylovich. This quietest tsar, Peter's I father, arranged cruel persecution on conservatives. It burned the known spiritual instructor of protopriest Avvakum alive, and the boyar to Morozov and her sister the princess Urusova…

Roses from Sabela in Spain 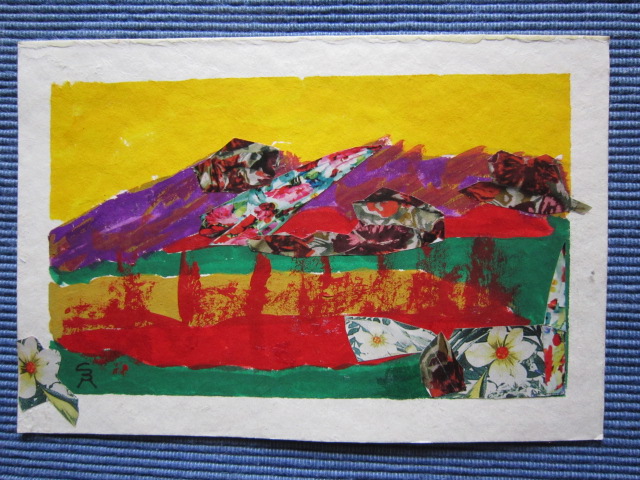 And don't forget to send to Sabella...ROSES:… One must use special "Open-Erni-Mail" technique for this, too:… 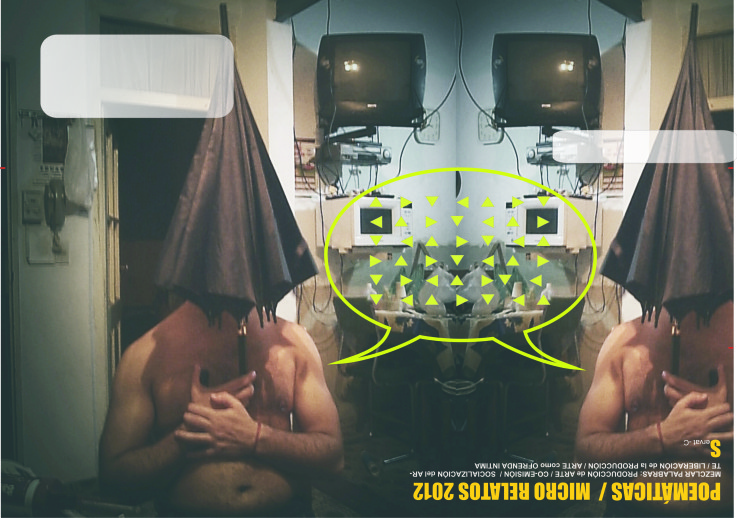 Another mystery mail - this time from Argentina. I have to admit, I pinched the image from Servat's photos. It is about A3 in size and too large to scan on my scanner. First I thought it was the invitation to some art show, but it seems the poster is part of a series of images or visual poems forming a longer narrative. I love the double guys with umbrellas, the…