Big Brother is watching us For the ones who were thinking that only email, facebook sites and other private digital sources are watched by Big Brother (all of our governments, intelligence services, other authorities, other others?): Wake Up!

Also snail mail turns out to be subject to unwanted secretly spying eyes!...

From now on we will be watched even more closely than before: as a member of this group you can share your thoughts, experiences and mail art about this subject.

Who knows who is watching you (and to the intruders among us: who are you watching, and why?!)?

You need to be a member of Big Brother is watching us to add comments!

If you own a cell phone, you have the capability of being tracked anytime.  Beware.

Comment by Heleen de Vaan on August 6, 2016 at 7:37pm
Tonight Dutch television will show the German movie ' Das Leben der Anderen' (The lives of others, https://en.wikipedia.org/wiki/The_Lives_of_Others ). I've seen this movie last year and will watch again. So interesting! Hard to believe how secret governmental organistions (and probably non-governmental organisations, too) can, and do, intrude so deeply and invisible into common people's lives, already in the previous, pre-internet century. So if you are curious to know what hidden things can happen and have the opportunity to watch this movie, I would recommend it.
The link to mail art? Well: this groups of course :-) . And the fact that mail art was a means for German people, free spirits, to communicate with other people while avoiding the secret services and censorship in the German / DDR stasi period. And, some amazing detail in this movie: all typewriters were registered by the government! Can you imagine your pens, pencils, typewriter registered by your country's authorities? Well, probably our modern typewriters - our computers, including IP addresses - are known by 'them' even better than typewriters were in those years :-)

With Google analytics you can follow all activities on any website you own. So don't think you are anonymous anywhere. When they want to trace your moves they can do so. Anywhere where you are on Internet! There is a great free-thing that you can download on Firefox called"lightbeam" that shows who is tracking you on the internet!

we are always being watched and recorded some how... 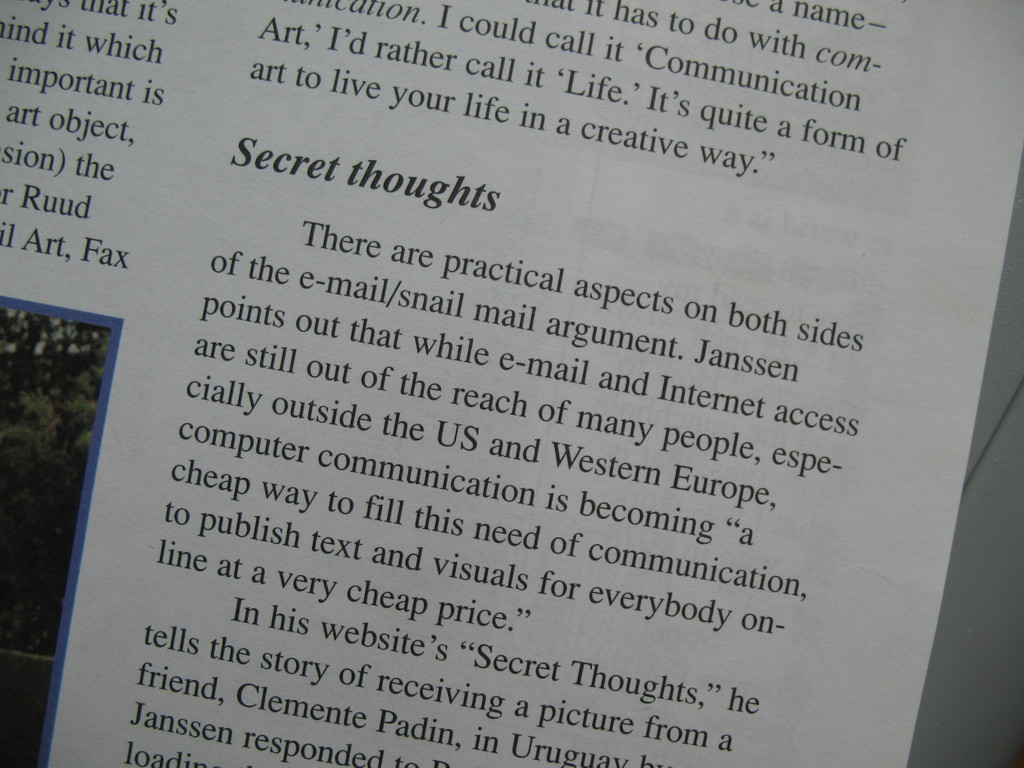 published in the magazione Rubberstamp Madness in the end nineties...

Hi Heleen, A great find that book..... In those years I was in contact with lots of mail-artists in the DDR, and you can find some traces of that in the book. Got a copy for my collection too from the author....... The book is in German only, but has many interesting pictures, and information on the art, the mail artists and of course also on the Big Brother practices which were clear there (and which still exist everywhere, be it in the western world far more hidden!?*). The letter ('Kopie') top left is an example of some state control.

The head of the newspaper article you see above bottom left, 'Briefe verschwanden - wohin ging ihr Inhalt?', means: 'Letters disappeared - to where did their content go?'

It's an excerpt of a very interesting article about the so-called 'Stelle 12', and via google I found this also interesting  article, 'Knast für eine Postkarte', which means 'Jail because of a postcard'.
(hopefully you can decipher it via an online translator if you are an interested, not-German-reading, reader :-) ).
I think it hard to believe, but these things happened (and might still happen in several places..).

*) By the way, the newspaper article you see on the cover, below, is about spionage the other way round, it says "West-German (BRD) security service controls letters from East-Germany (DDR)".

So, some historical food for thought.. 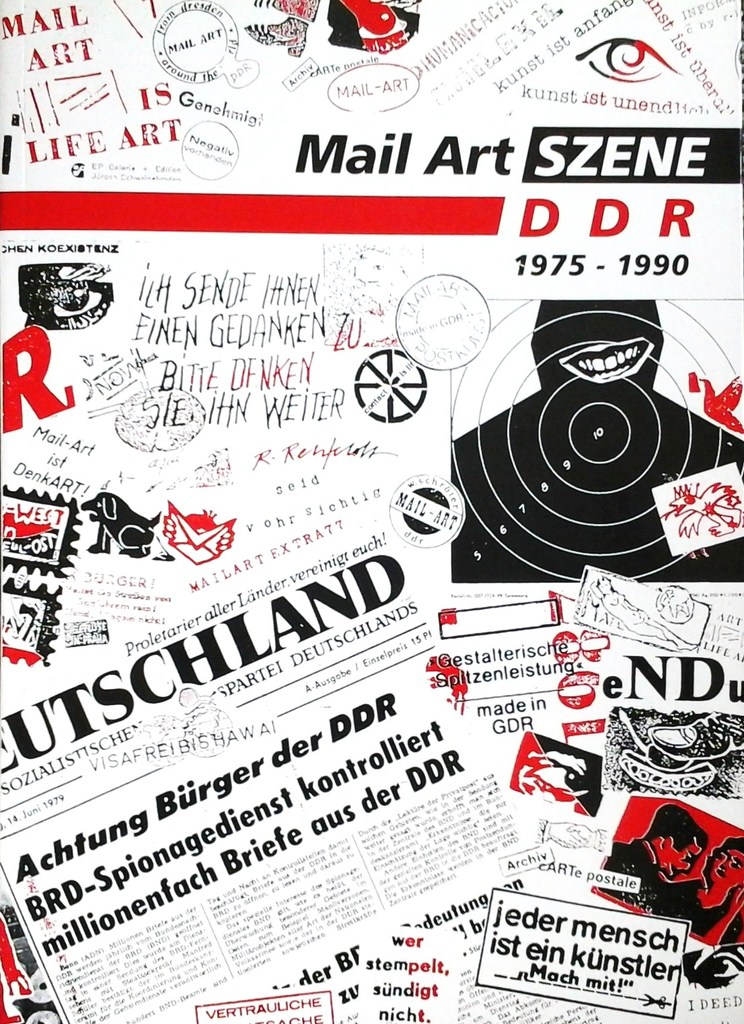