In 2010 fifty years of that action are memorialized art call for their creator Yves Klein, JUMP AL VACIO (November of 1960) that with the pass of the time transformed in icon, in the one which refers to a new strategy in the diffusion of the creative chore.

The re-interpretation to 50 years of this action proportions the topic that summons us. Since the keeping online of the IUOMA-Platform absorbs quite some effort and money, I just added a donation option to the platform. Donations will be used to send out IUOMA-materials for FREE.

Flowers for my brother

Beginning this year The tragedy with my brother took place. A lot of mail-artists send in Flowerscard for my brother. Most he did see before he died on March 11th 2009. The complete collection of mail is now slowly being scanned and will be published on a blog in memory of my brother. You can fins it on:

I am still in the process of scanning and publishing, but the collection will slowly… Continue

I removed the statistical programm at this NING site because I believe it brought some pop-up advertisings and also caused the site not to work correctly. Please let me know when you find faults. I will try to correct them. Thanks for the mail-artists that reported the eroors to me. - Ruud With all the new members joining the IUOMA I am preparing a new publication with the 500 members (when we reach that number) which will be available in hardcopy format too. A digital version will be available for free for a few months so you have access to the memberlist when you want to.

Mail-Art in the MoMa - New York The spammer : jennifer.jalloh@hotmail.com has been removed from the IUOMA network. Thanks for the members who alerted me. It is early in the morning here, so all her postings and the account she created have been remolved. If someone new comes with no connections with mail-art whatsoever and pure intentions to SPAM, They will be removed. 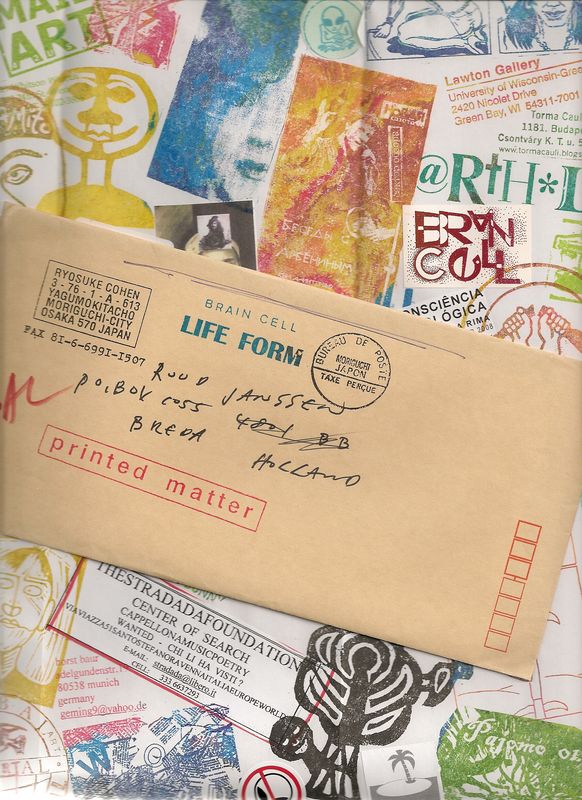