Happy New Year for all of you my mail-art friends !!!

All the best for 2015 nice works nice moments nice days for all !!! I'm having trouble being able to respond to messages, and though I've searched my account settings, found nothing that could rectify the situation. If you get to see this blog post, it's to wish you -

HAPPY NEW YEAR! 2015. May your year be full of Mail Art and good cheer and good health and good friends. 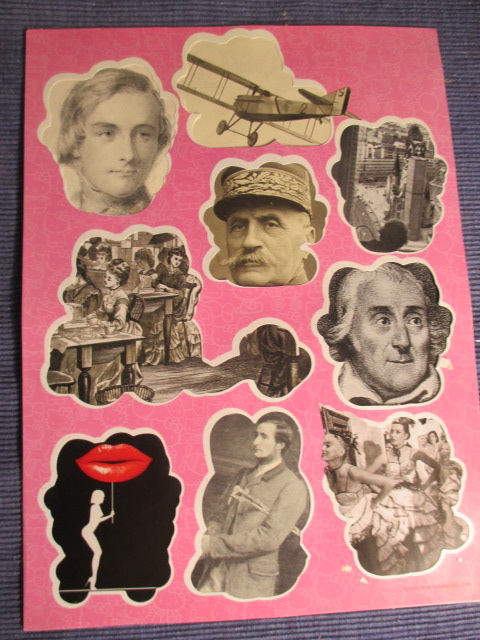 Lush "pink" mail art arrived from the Artist in Seine in time for the New Year! Yay! Some very important images here...but I cannot give out their identity, sorry.

Anyone wish to take a guess as to who they might be?

TWO from the Haptic Werewolf for the New Year :-) (Part 2) 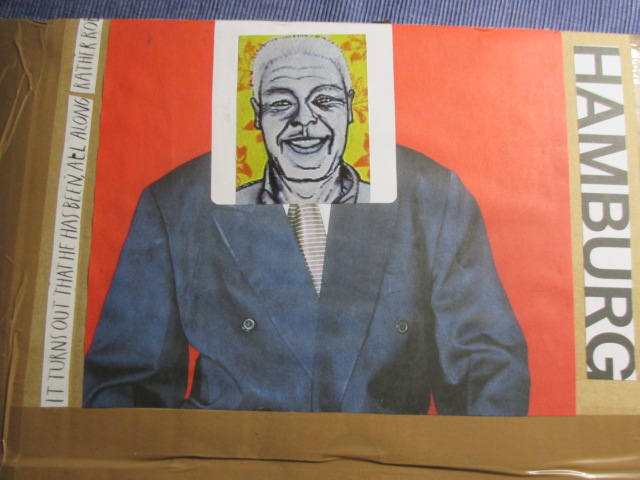 And the SECOND package from Hamburg that arrived at the end of 2014... 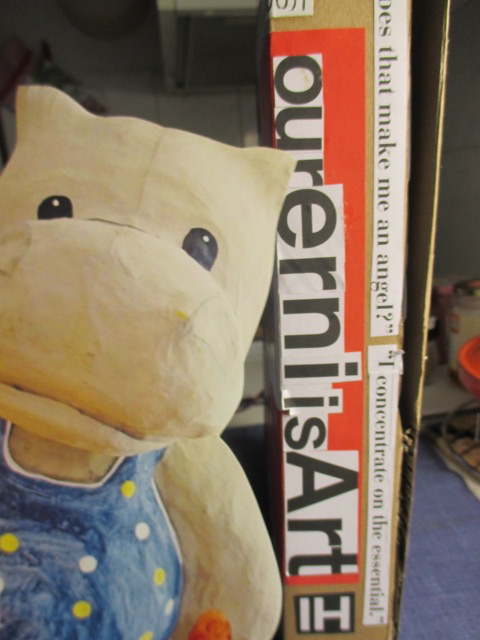 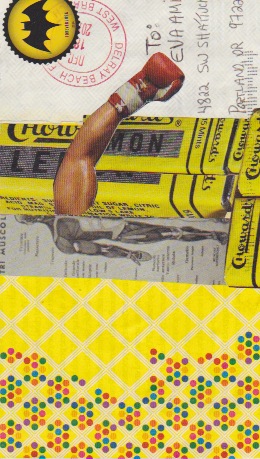 TWO from the Haptic Werewolf for the New Year : (Part 1) Last mail delivery for 2014, and here came 2 (TWO!)  from the Off-Scene Akademie Hamburg! 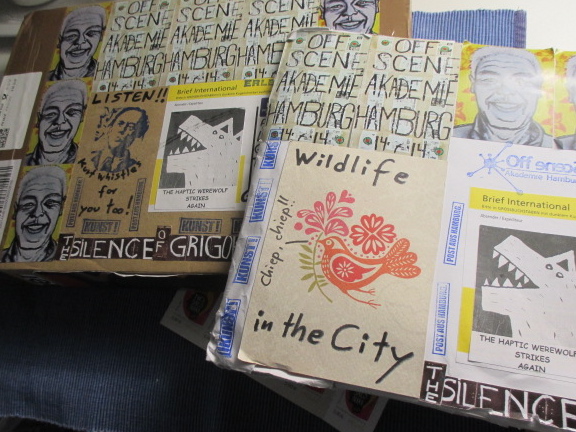 The postal service is a Western,Colonial thing...per our South African president! 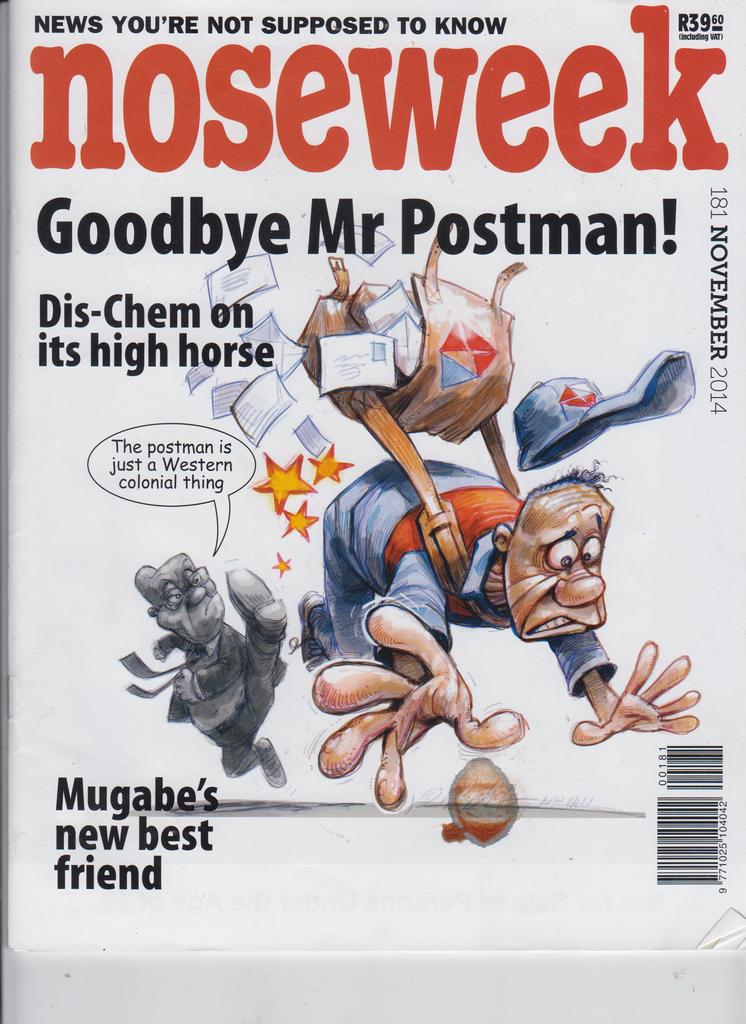 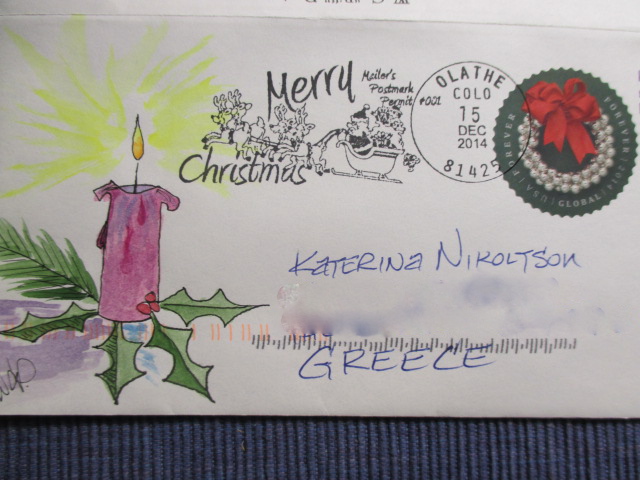 and Edmund displayed it on our "blue" placemat :-)

All will be blogged over the New Year Weekend surely,…

New Years Resolution: It's time for a new PAW...in fact this will be a P-PAW!

In 2008, 2009, and 2010 I participated in an exercise in self-discipline that had been started by some online photo friends on one of the Leica groups. It's called "Picture-a-Week," and the idea is simple: make at least one good photograph each week, no matter what, without fail, no excuses. Doesn't have to be prize-winning, but it should be one that I am happy to show off to some sophisticated phot… 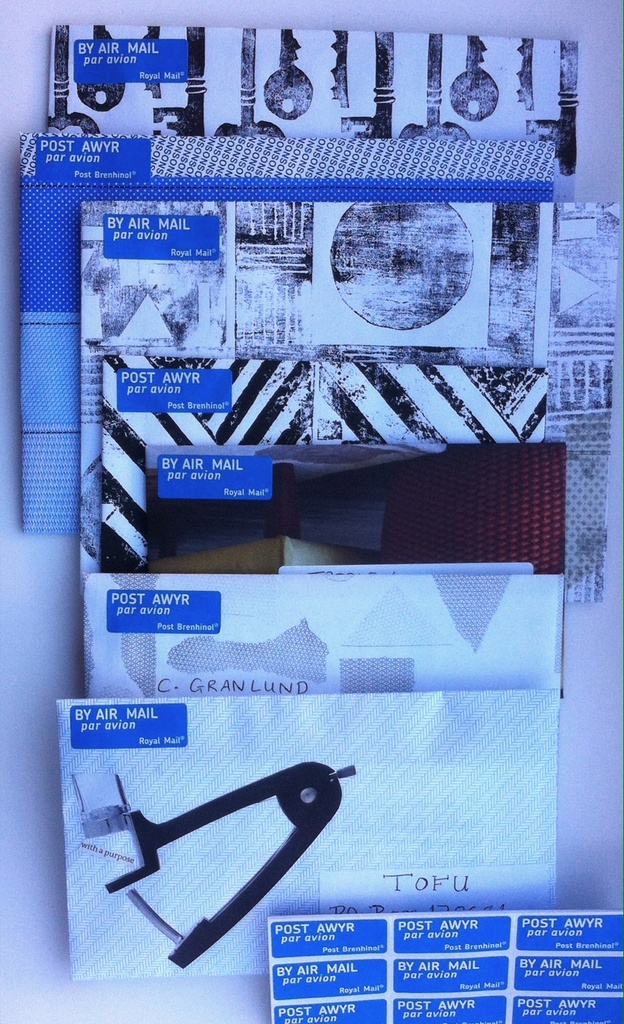 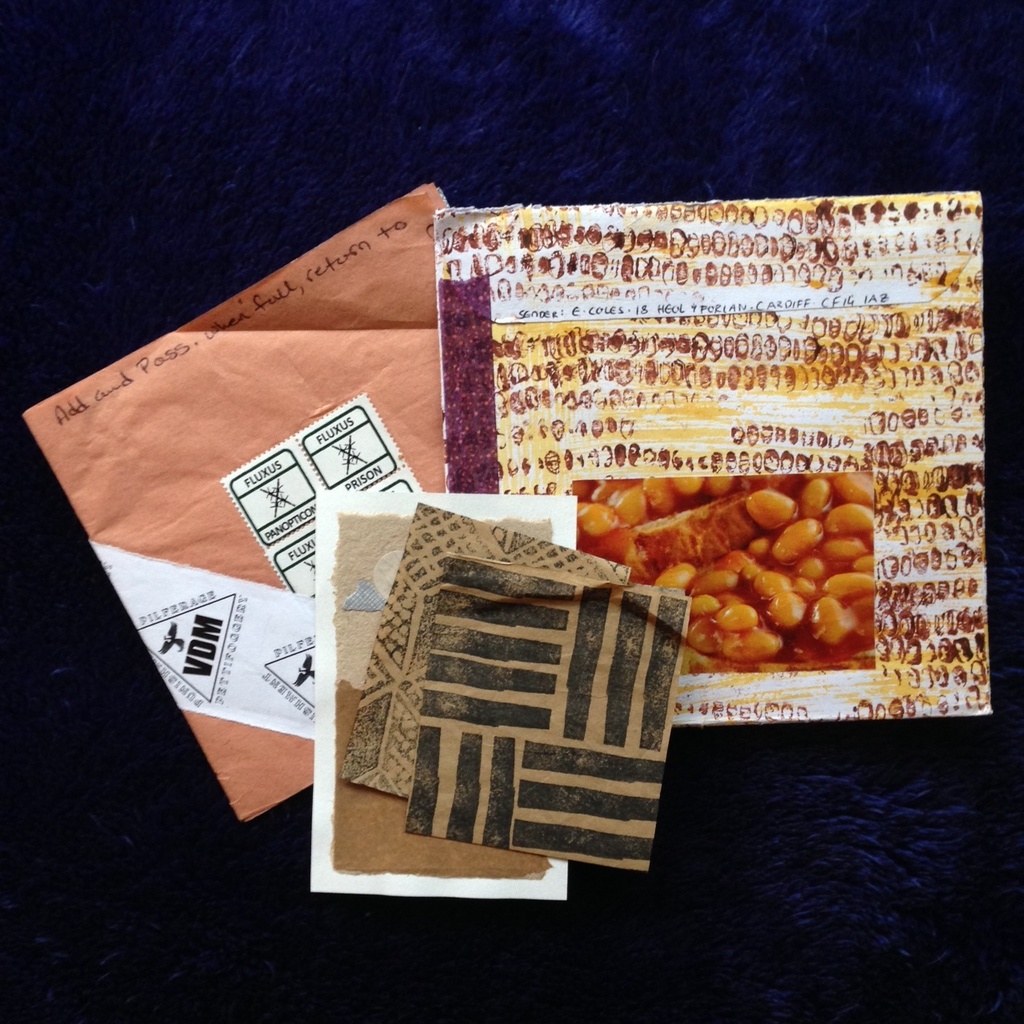 Just got back from Diane Keys new show at the Elgin Museum of Modern Art (EMOMA). Wild stuff. I was surprised to see my name in the Catalogue:

Keys continues to burrow into the layer of duff on the urban floor, a sediment rich with meaning "para aquellos con los ojos." (Trans.: For those with the prescience to find the vision of… The International Day of The Banana is now in the rear view mirror but even though I didn't enter the mail art call I did receive some entries including a Banana Surprise from Stripgoose who has never sent me anything before. Surprise! Thank you,…

December 28, 2014 - The inclusion of a pipe-bedecked David Stafford in the holiday card he sent me this year puts me in a mood for a bit of puffery as… 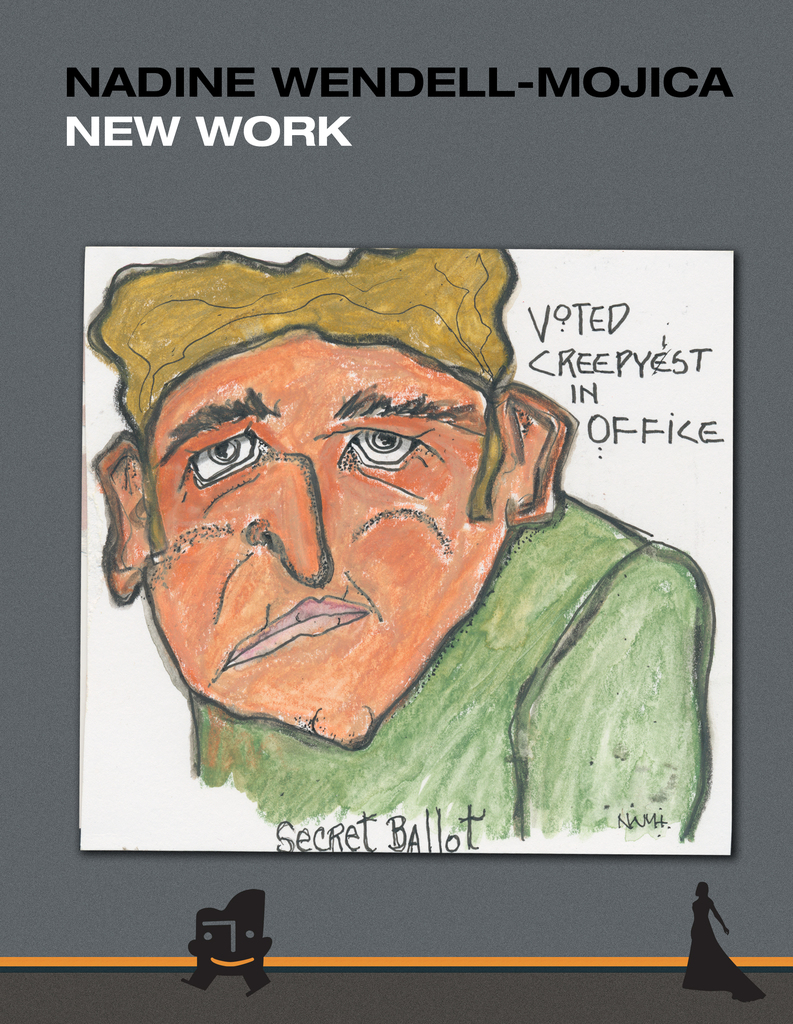 For those few of you who missed Nadine's One Person Show at the Burbank Museum of Unnatural History, here's a quick review from the Burbank Gazetteer:

Wendell-Mojica's stinging portraiture produces a laugh and a wince when we realize balloting may be going on behind our own backs. Through January… 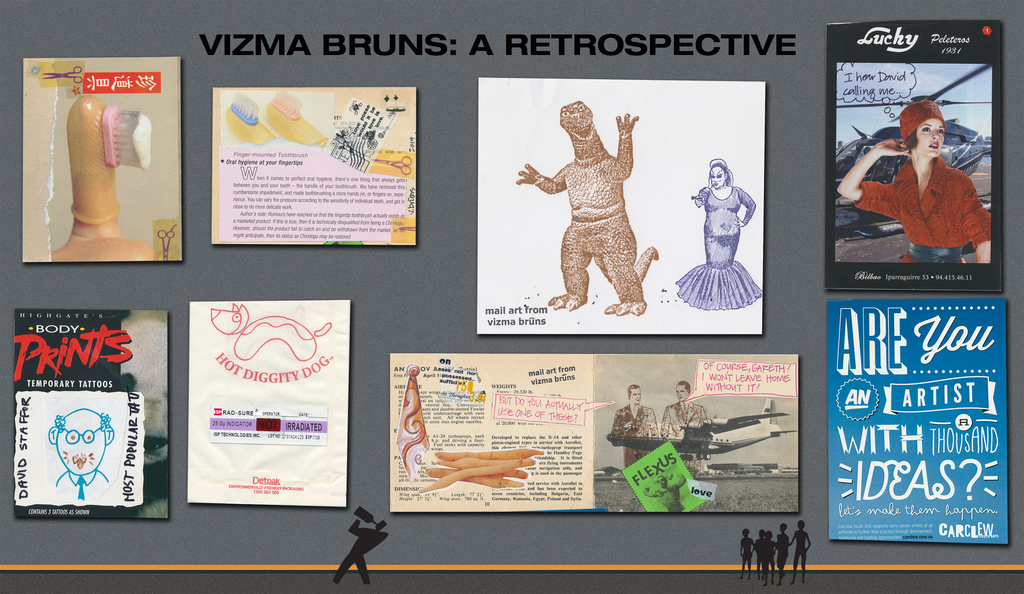 Like Diane Keys and Nadine Wendell-Mojica, Bruns is a culler of culture, a diva of detritus who captures the zeitgeist daily in scraps of ephemera. The gestalt of the assemblage IS the art, a snapshot (or scrapshot, if you will) of a flailing culture amid which we flounder, up to our eyes in the onslaught of imagery that… Many silvered and blackened orbits, against a cosmic green and mauve firmament. With suns, planets, moons tightly…

December 27, 2014 - Thanks to Tiffany Bahan for sending this beautiful, postcard-size collage. She certainly brightens what was a bleak, grey December…