An Invitation for a "borrel"= drink in Maastricht and Young Mr Tony Curtis. 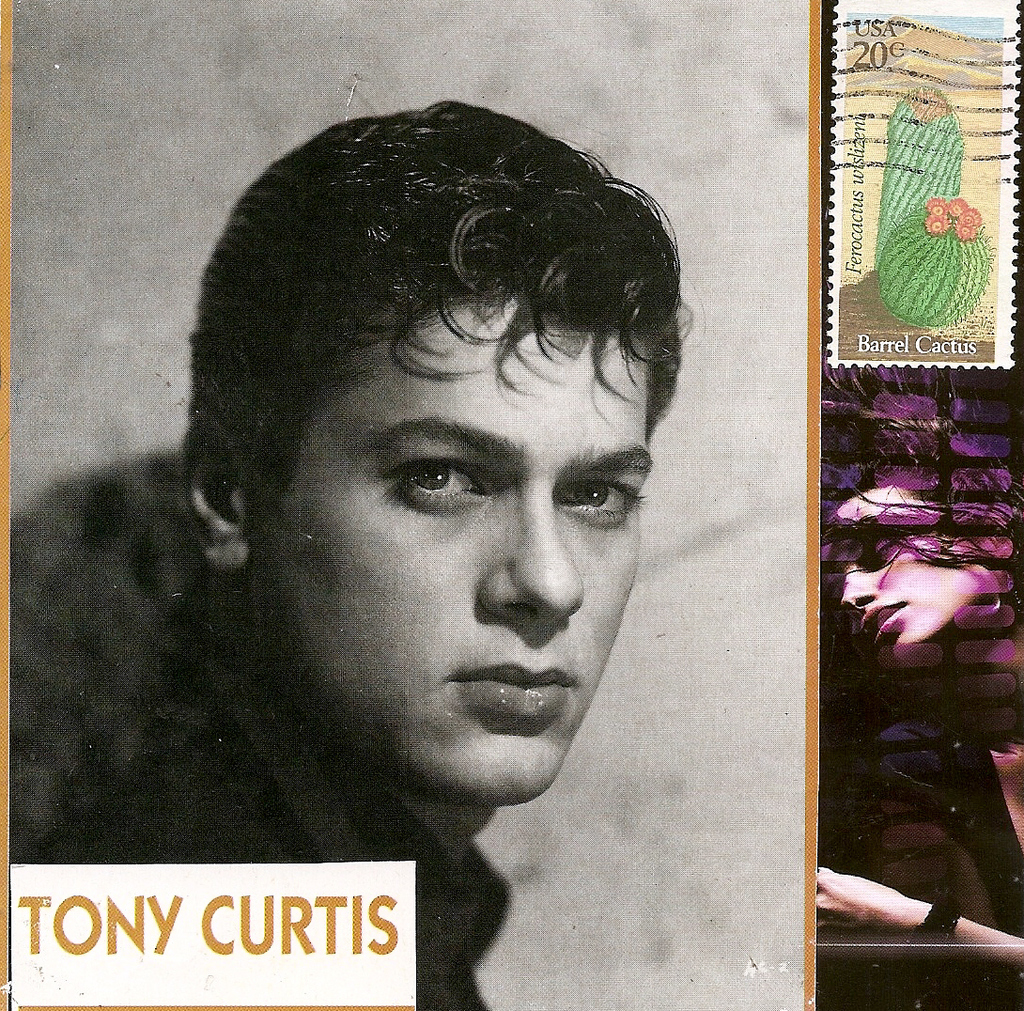 Only wish if Mr Tony would attend…

I received this in my mailbox today. And inside I found a shoe and a foot. 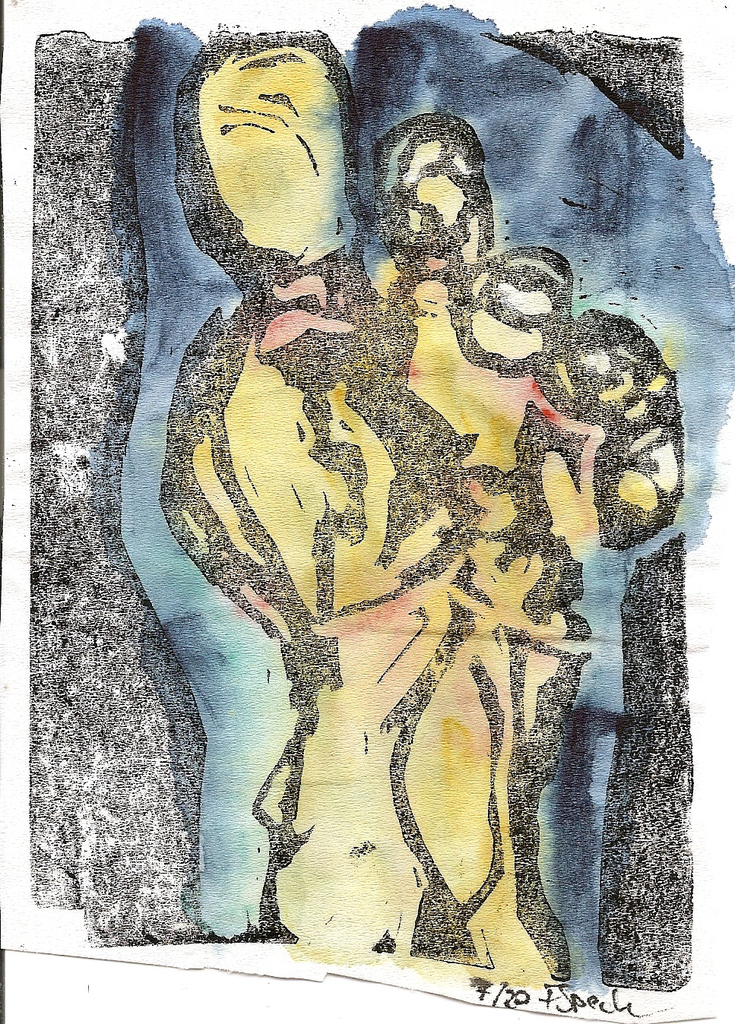 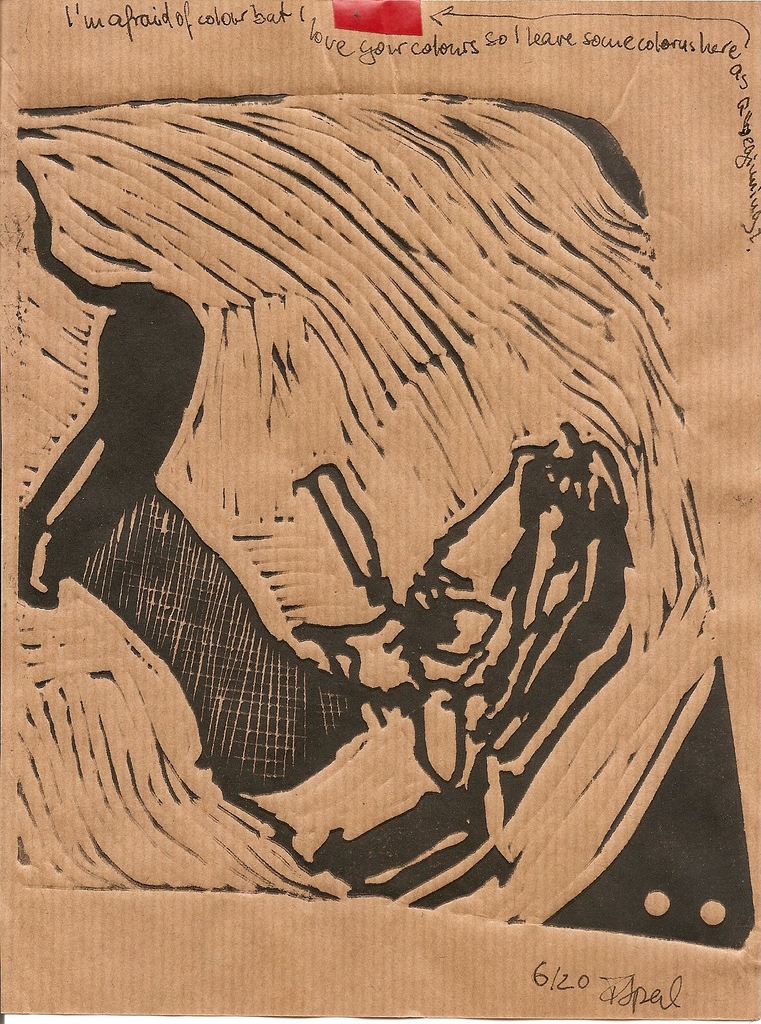 RECEIVED: Clearly Jen Staggs Is Now A Member of the Postage Due Club (Dallas, Texas, USA) 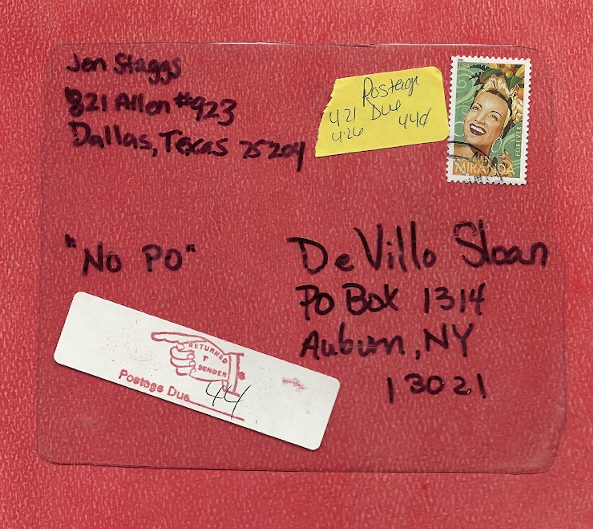 May 5, 2010 - Have you ever fallen into some kind of network black hole with a mail-art friend? This has been happening to me and Jen Staggs, probably for two months.… 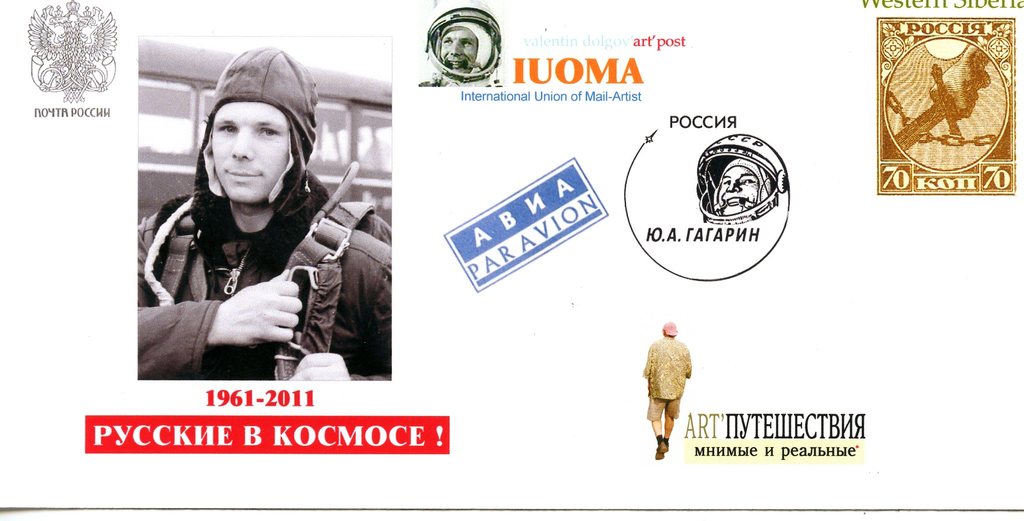 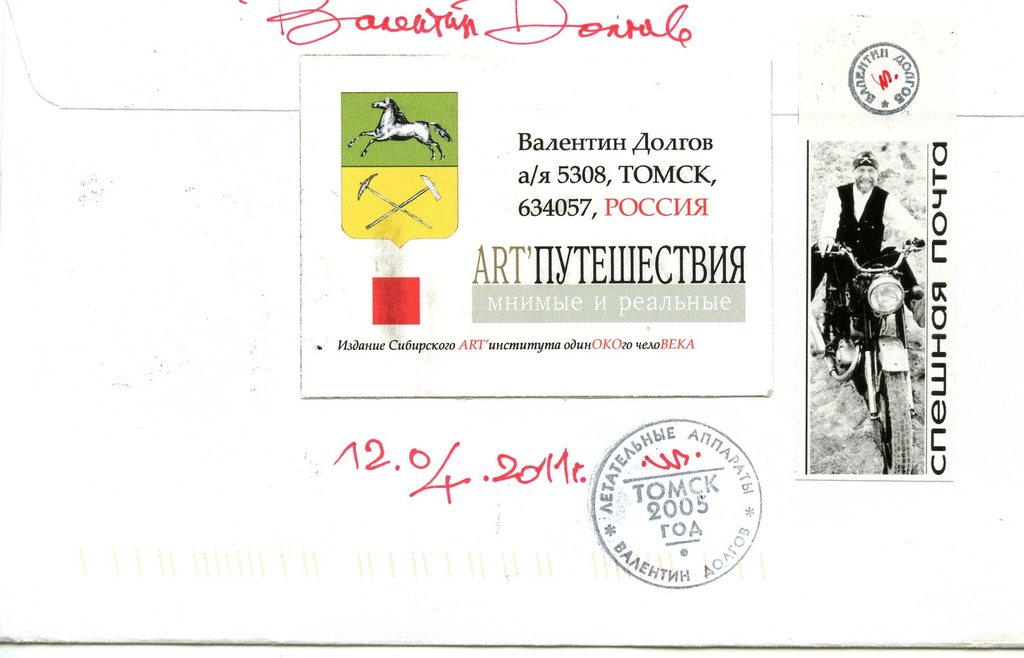 I recieved this envelope and card with a wonderful blast of shoes, legs and word parts. Thanks Viviana. Nice surprise. 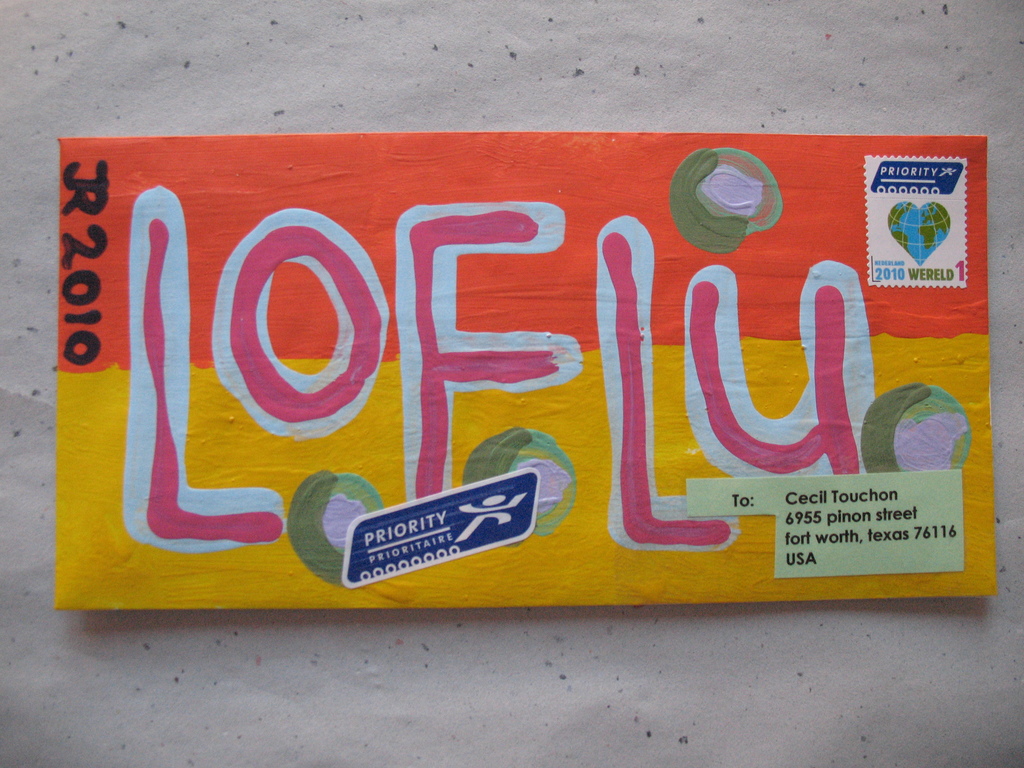 As most painted envelopes, I document them just before sending. This Loflu envelope goes to Cecil, whom I met last year in NYC.

Also from Australia, from Jennifer jjalltheway, on her way back to Portland, Oregon Very GREEN and very Aussie! This is Number 138 of her 365 project...making mail art everyday, even while on-the-road. Perhaps Erni can tell us what the music score is on the right? Looks German! But it is GREEN and with 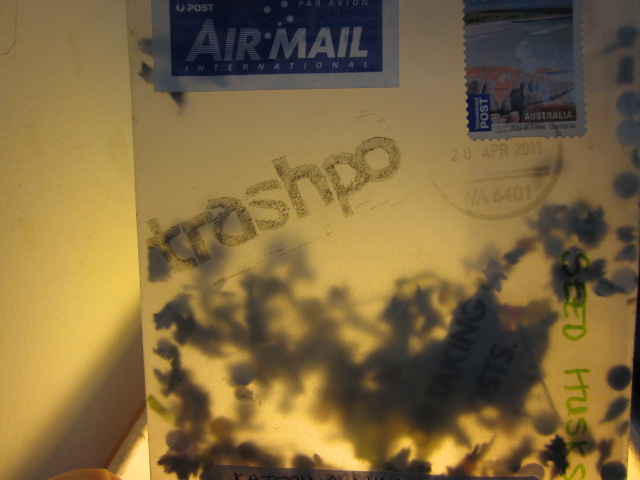 A translucent envelope reveals unique "trash"-in-the-mail! I hesitate to open the envelope, as the contents can be seen through its transparency. And that makes a "flu" image, both sides, seeing color and confetti shapes floating and fluxible! Even some asemic wording appears..."or taking costs"...or "or taking posts"? And I placed it against the light to emphasize the…

Another sucessful Conceptual Work from Marie In Japan. Most of the time we think of books as modular entities. Neat pages, filled with images and text.  Legible text,  a language system encased.   When one is confronted with shadow writing, it needs another sort of book then, not so?… Haptic piece with something like wood chips arrived intact and fun as ever Thnx Ernie!

I received this Mona Lisa today from "E". Finally a Mona Lisa I like. 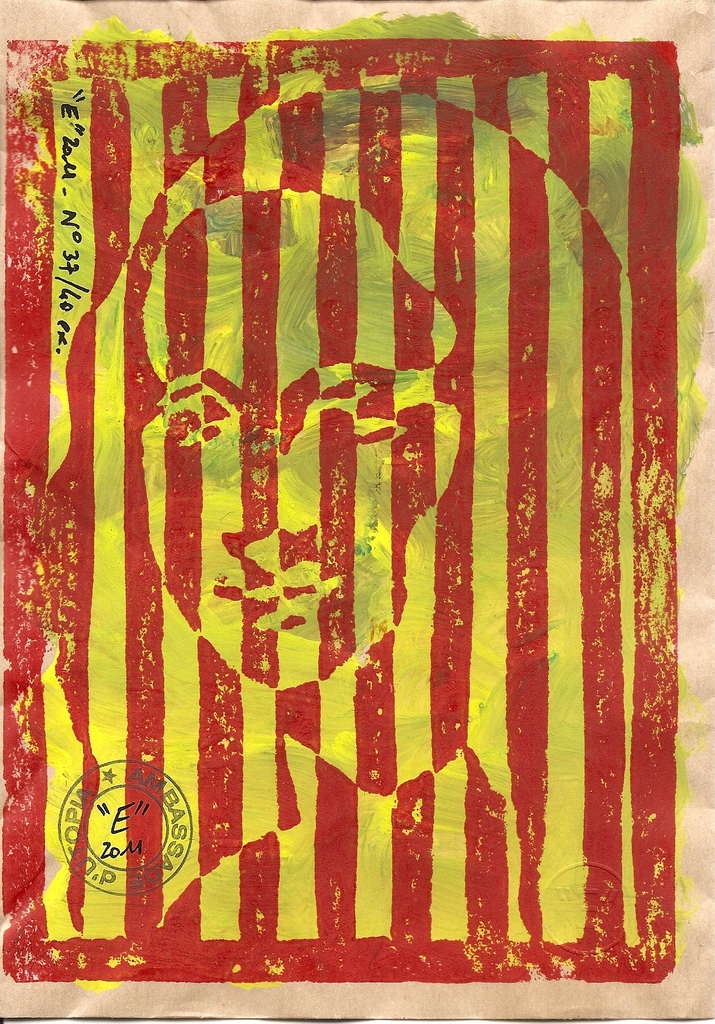 Received from Argentina by Cernhul Viviana

This made me wonder about Fluxus shoes and Fluxus legs. May 5, 2011 - Jon Foster is creating some fantastic collages. I was thrilled to receive this new piece. He seems to be constantly experimenting with…

The Windmills of Your Mind - Lauriana Glenny 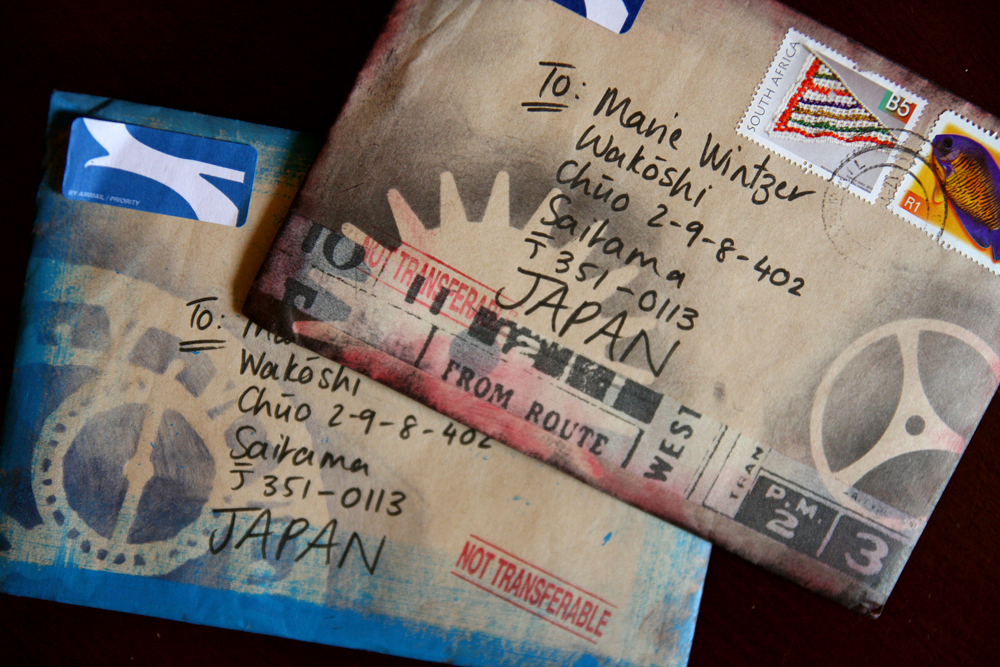 Lauriana sent two a-mazingly beautiful chapters (one red, one blue) in two a-mazing envelopes. I need to find a way to include the envelopes in the book, I think they belong there. These chapters have a wow factor of about a million and I'm lost for words to describe them, so I'll just let you enjoy some pictures. Lauriana, you know those are fabies, thank you so much for… 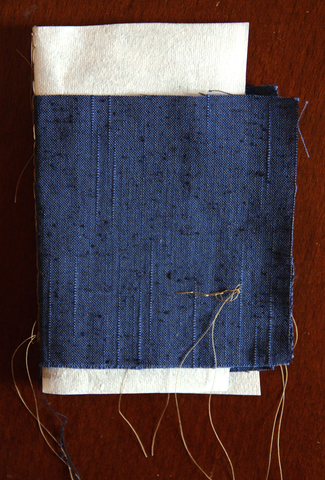 Spirit of Place - from Helen Amyes 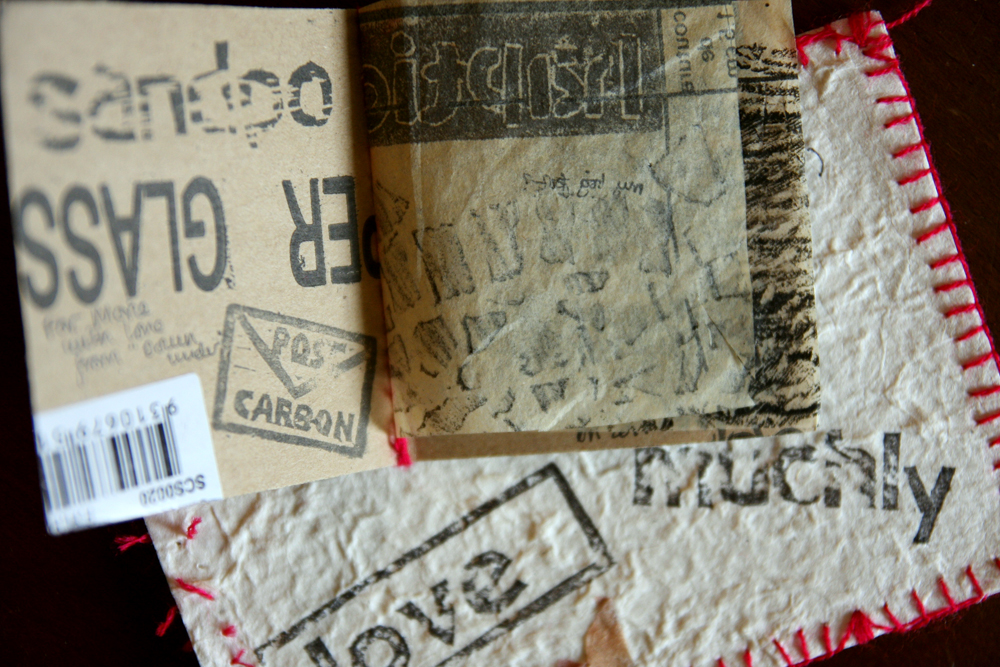 Helen's handmade paper envelope with stitches all around was so beautiful, I first thought that this was it, it wasn't meant to be opened. The Spirit of Place stamp on the thick paper with dried leaves could easily pull it off as a piece on its own. I almost missed the snip, snip, snip instructions. I almost missed the little sandpaper booklet! A precious haptic booklet with… 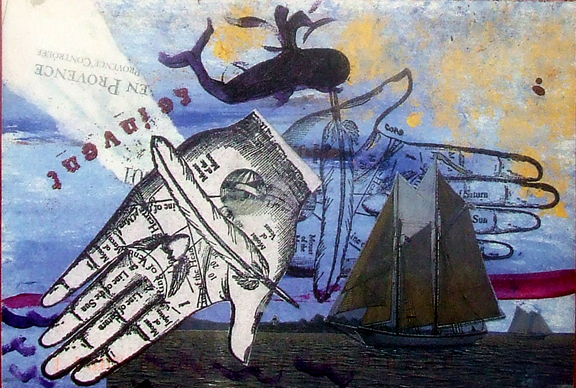 What more can I say? This is incredibly beautiful. He's an IOUMA member, but I'm not able to find his page on here That stamp is just too precious--almost makes me want to shout, God Save the Queen… 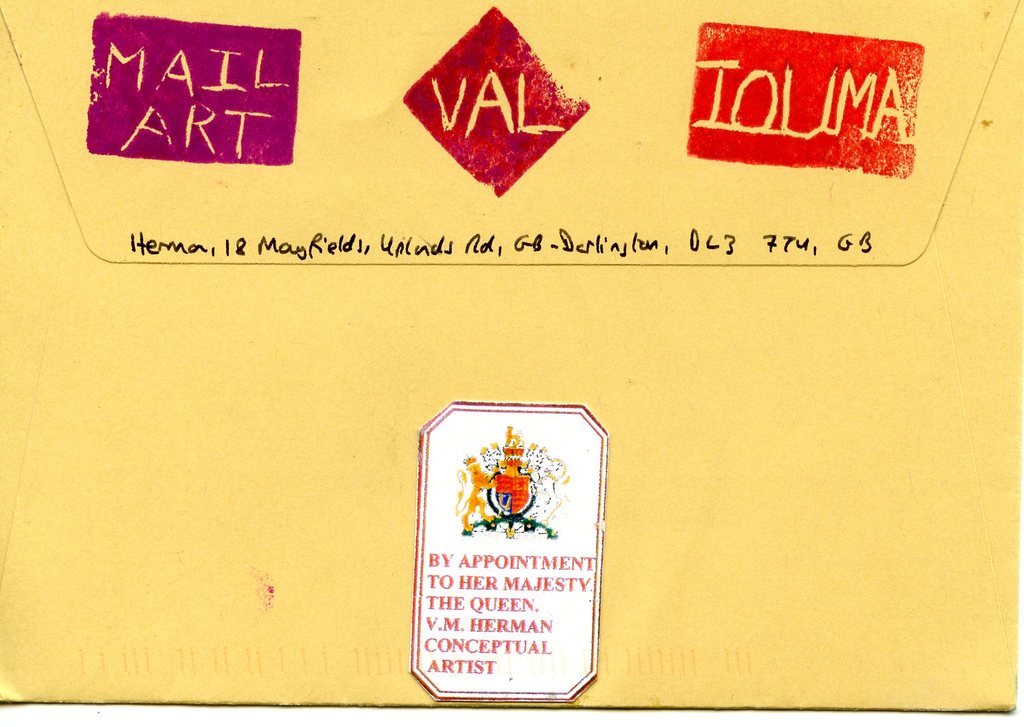 When Praxiteles meets Thami of Kwamashu from Lesley in South Africa You know it is going to be something great inside when you see those South African stamps on the envelope!

And Lesley honored me by sending a vintage postcard of the classical sculpture of Hermes by Praxiteles,which is safe in the archaeological museum at Ancient Olympia...and which we can visit next Spring , when we all meet at Ancient Corinth to search for the Lost…