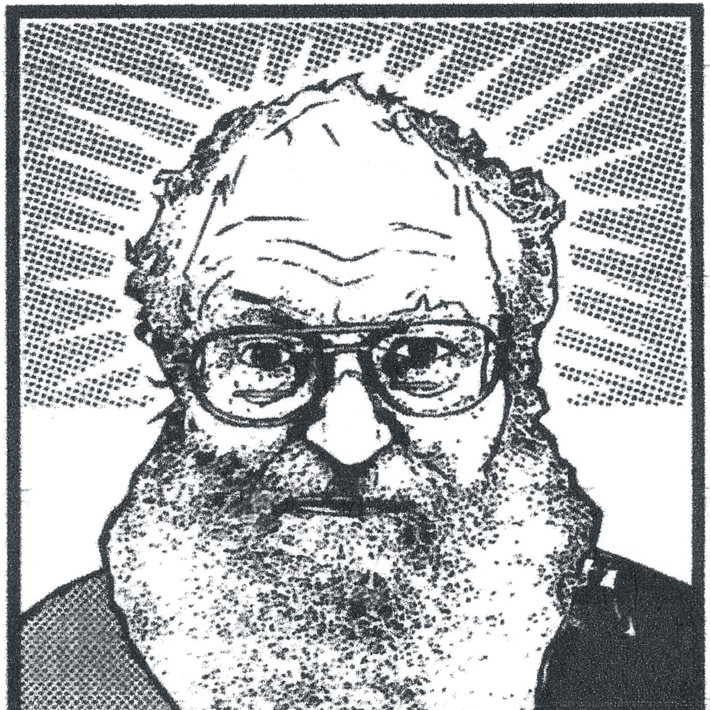 I wonder if there might be enough interest in Gyotaku, Japanese fish printing, to have a group or maybe a sub-group of Ruud Janssen's Rubber Stamping group?Y'r ol' Bud, FikeContinue

DeepDream! Wow! This is an online, image manipulation service which takes your file input and changes it according to arcan rules [???] apparently using imagery it finds online. So far it seems to…Continue

infosec theory left a comment for Ficus strangulensis
"Aside from my religious rant, if you want to do a "non-religious" collab with me, feel welcome. In most of my recent works I just use basic geometry and shading with GIMP, without much incorporation of any new material to the collage, like…"
Monday

infosec theory left a comment for Ficus strangulensis
"Hey fam! I'm not put at unease by whatever you wish to believe. As Mother Teresa says, "A Christian should be a good Christian, a Muslim a good Muslim, and a Hindu a good Hindu." And that these are essentially all the same. The card…"
Monday

Ficus strangulensis left a comment for infosec theory
"Hey, 'Bishkeckian'! BTW twould never BBcause of y'r religion that I'd not wish to mailart with you but that you might be a prosylitizer [sp=horrid] and thereby annoying. I'm a non-believer bcs I feel there is not enough…"
Monday

"They're courtesy of Dustin Cecil. Glad they got there, Fike."
Oct 5

Ficus strangulensis commented on MISS NOMA's group ThE/ CuT-UP/ TecHNiQUE/
"an OLD fike cutup collaboratively finished by someone else[?] including a border of dill seed [I tasted one]"
Oct 2

Why I am involved in Mail-Art:
I like to see what people are doing as art and share what I am doing. I like to meet people and get to know them. [DISCLAIMER: tho I am called a mail "artist", I 'cannot' draw due to a lack of proper mindset.] A recent collab with Michael Orr.

Aside from my religious rant, if you want to do a "non-religious" collab with me, feel welcome. In most of my recent works I just use basic geometry and shading with GIMP, without much incorporation of any new material to the collage, like I did in my recent blog posts here.

I believe mathematics and science are also a pathway to God, and that you don't need to be explicit to invoke His name in your work.

I'm not put at unease by whatever you wish to believe. As Mother Teresa says, "A Christian should be a good Christian, a Muslim a good Muslim, and a Hindu a good Hindu." And that these are essentially all the same. The card I sent out with the manifesto is skimmed straight from the USCCB as the seven acts of spiritual and seven acts of corporal mercy. Essentially the manifesto, boiled down to its essence, is be kind to other people, and do not spread hatred. I think this is the core of most religions and many non-religious spiritualists. "The golden rule."

I'm not pushing you into a church, neither am I condemning you for not going. I actually don't go to church lately because it is inconvenient and also due to Covid-19. I still pray, but again prayer doesn't need to be a Hail Mary, it can be a smile toward a stranger on the street.

I come from a Catholic family, but we were not brought to church as children except at a very young age. We weren't taught anything about religion, despite our parents being very active in the church. I actually came to a point in my life where I severely despised the church most likely due in large sum to the hypocrisy I saw in it.

It was the teachings of Saint Francis that brought me "back," to Catholicism...

Saint Francis taught that if you find a torn piece of the Qu'ran on the ground, to put it on the altar of Christ because it too represents a search for God.

Thanks for letting me know the nested birds got there okay! That's super nice, thank you! I will send it to you this week!

The legend of the boto is a legend from the Northern Region of Brazil, usually told to justify the pregnancy of a single woman.

Porpoises are cetacean carnivores that live in Amazonian rivers. It is said that, during June parties, the pink dolphin appears transformed into a boy dressed elegantly in white and always with a hat to cover the large nostril that does not disappear from the top of his head with the transformation.

This young man seduces the unaccompanied girls, taking them to the bottom of the river and, in some cases, making them pregnant. For this reason, when an unknown young man shows up at a party wearing a hat, he is asked to take it off to make sure it's not a boto. Hence the custom of saying, when a woman has a child by an unknown father, that he is "son of the boto".

This drawing and others are on their way to meet you. 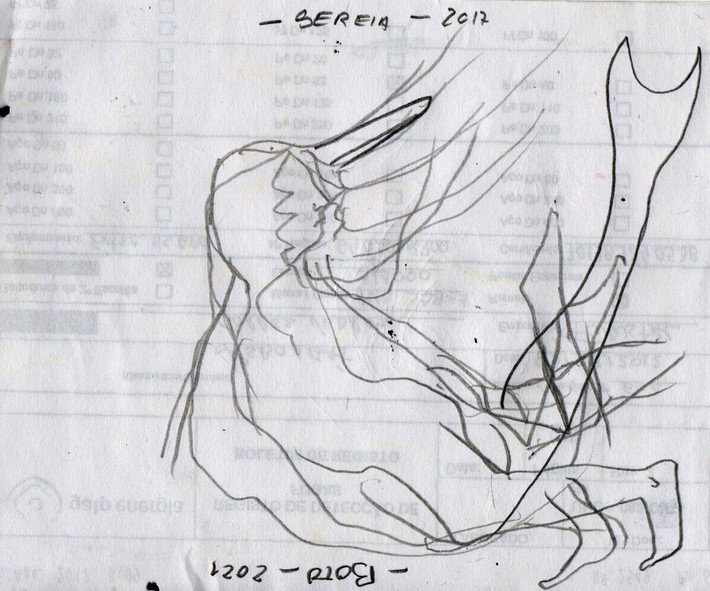 If you like monasteries, Fike, and rock climbing to get to them, a bit of eco-holy tourism in Greece, check out google for: 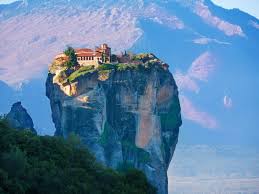 THANK YOU SO MUCH FIKE ! I'LL SEE YOU IN THE ETERNAL MAIL ! 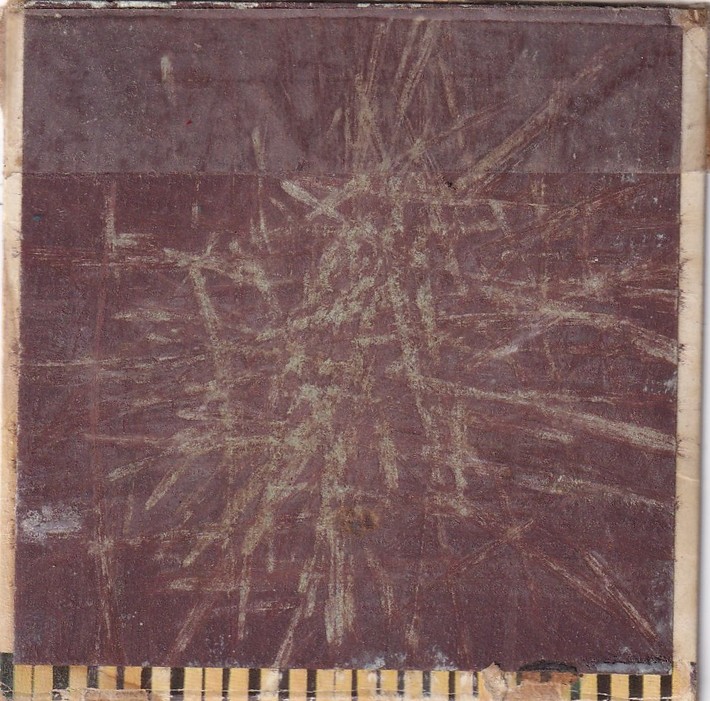 I guess I do. Or at least, that's wot the clicky-button said on the previous page. from which [by clicking] 'I' got 'here'. [virtually].

Currently [re]reading all of William Gibson, at least the novels and a wonderful read he is! Taking a break with Thomas M. Disch's "334" over these past few nites, charging up the ol' memory B4 lites out each eve. Richard Brautigan awaits also.

Soon we start ripping out the floor of the computer 'den' at strangulensis Manor.

If you like to use old US postage on your mail art envelopes...

Karl Anderson's a good source who I've used for several orders over the past few years.

His current list and very detailed information on requirements for ordering from him are found at:

Currently, he is selling mint US 3-cent stamps from the 1940's-50's for very little over face value.