What are those things coming out of the ground in the top right corner of Evpatoria postcard? They are incredible.

I want to show you some of my soviet Boring postcards.

This one is from Evpatoria, little town in western coast of Republic of Crimea, my native peninsula. It shows the Promenade and Theater Square. This one shows the Boring Zemchuzhina Hotel in Sochi. It was printed in 1979. Boring Ukrainian Sanatorium card. I feel longing and nostalgia when I look at this card ... 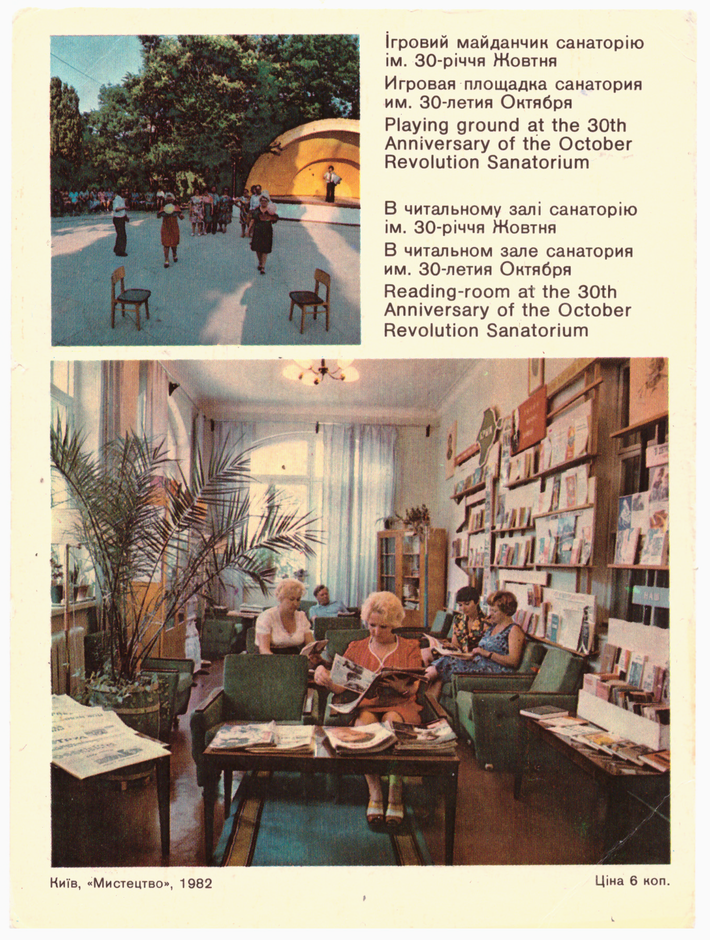 Ayudag Mountain in Gurzuf, small countryside on the seaside. These are very native landscapes to me. I like this group and will send some of my Boring postcards to Valentine. If you want to get one of postcards like this or exchange Boring cards, text me. FOUR BORING POSTCARDS FROM SIGEAN.... the village in the South of France where I live.

Admittedly, they are not that Boring, but as I intend to have an Exhibition of Boring Postcards in Sigean in the summer, I thought a few local Postcards would add some colour to it.

'But, Val, three of these are not in colour at all, but are in black and white!'

First, the vineyards. (Sigean is surrounded by vineyards, theb one and only crop, that goes very well with the one and only truly local custom, drinking the local red wine. Third, a Boring Postcard of the inner courtyard ('facing South' no less!) of the primary school. Last, and not least, the 'New Schools' -- which were probably new circa 1960, but are a bit old now; I think this counts as a Boring Postcard, not only because of the subject matter, but also because almost half of it is taken up by a road with some shadows, and a hedge that for some reason ends abruptly. 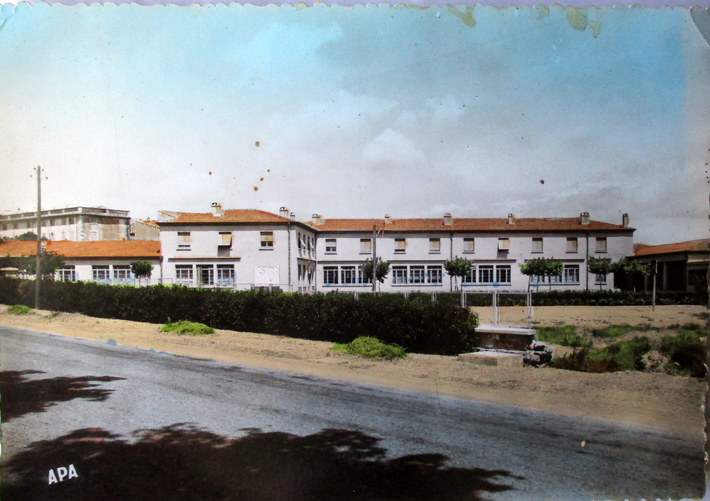 Note to readers: this series of Boring Postcards was not sponsored by the Sigean Tourist Office

A Boring Postcard, supposedly of the Notre Dame Cathedral in Marseille. If you look very hard through the central 'arch', you can just about see the Cathedral, even though it's more or less obscured by another building.

The Postcard seems to be more about the bridge-type thing that takes up most of the Postcard. 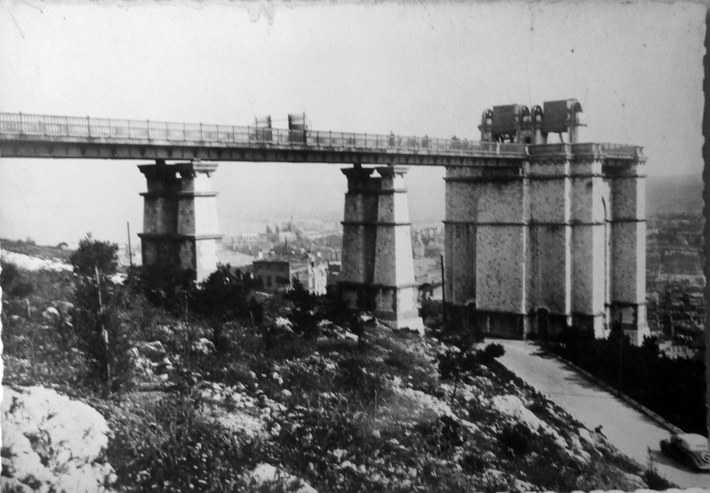 A French 'Pastoral View' -- or a rather Boring Postcard of an old farm building and a few sheep. Baaaa! This is one of my favourite recently discovered Boring Postcards.

It's a Boring Postcard of the Airport Building in Riadh, Saudi Arabia.

I looked at it closely with a magnifying glass and found 3 sort of 'interesting ' things:

i) coming out of the 5th door on the left are a group of Saudi (?) men in white robes, but without suitcases, baggage etc

ii) the green door. Is there an old piano playing hot behind it? What's the secret it's keeping.

iii) but 3rd, and best, is the garbage skip and 2 men in orange overalls in the foreground. 'Why, oh why', I ask myself, ' would one want to give these prominence on a Postcard?' I don't have an answer: perhaps you do Boring winter Postcard showing the backs of some crioss-country skiers

And now a Boring summer Postcard of a ski-lift without passengers, skis...or even snow.....