So there was this "Anti-Brain Rot" project for the Roanoke Festival, 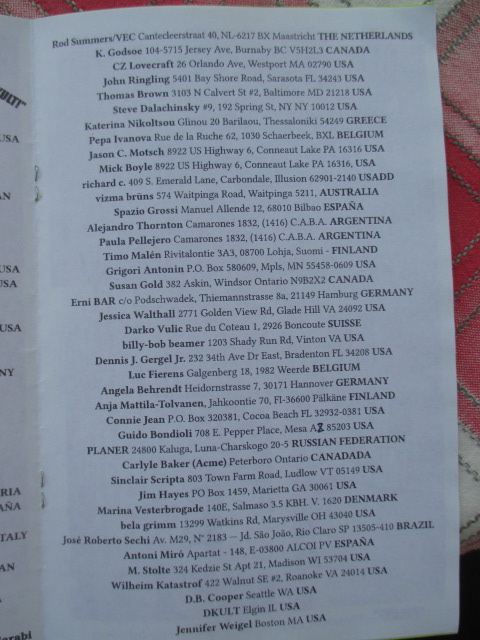 In the mailbox from Roanoke , Virginia, USA 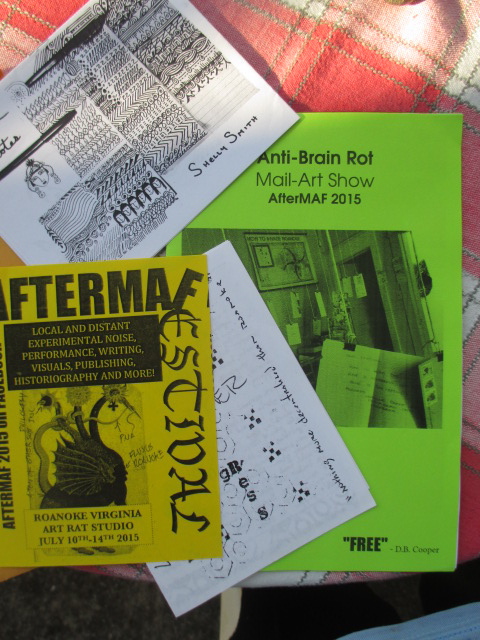 Besides the documentation for the "Anti-Brain Rot" show, there came this TLP: 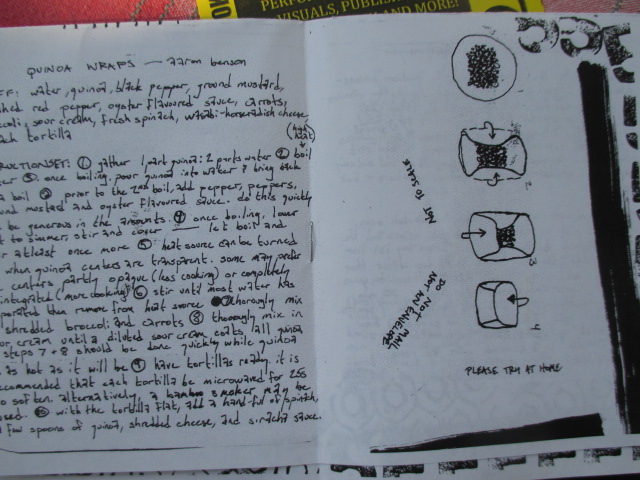 And most interesting "Meeting…

A reporter from western Australia, Christopher Lewis, interviewed me in 2013. He had used a piece of music I released using a Creative Commons license and was also interesting in talking my philosophy of releasing music in this way. The piece is called 'Sullivant'. This isn't about mail art specifically, but it is in the same spirit of collaboration and art as gift, which is of course very much in line with what mail art is about. Also, you can see what I look (and sound) like. I don't like…

As you know, the Sigean Standardisation Committe (SSC) has spent the last 5 years, months, days, weeks, minutes considering a possible revision to the size of ATC's , that is, at present, 2.5 x 3.5 inches.

The SSC has concluded that this size is way too small, and is recommending a larger size to be immediately adopted throughout the artistic community. My very first Waldon masterpiece.  It's exciting to match the name to the work.  Well actually there were two mail art pieces in the same envelope, but I can't spoil you all in one day.   You'll have to wait until Saturday morning.

Also an add n'pass piece was enclosed.  I'm not to good at add and pass as I never use an envelope.  However I happen to be meeting another… A real WOLF from the Haptic Werewolf! 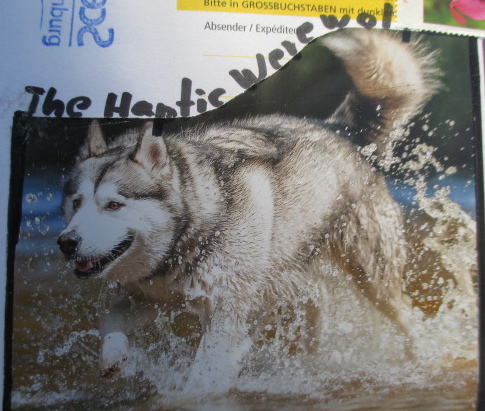 This was howling just outside my mailbox the other day, 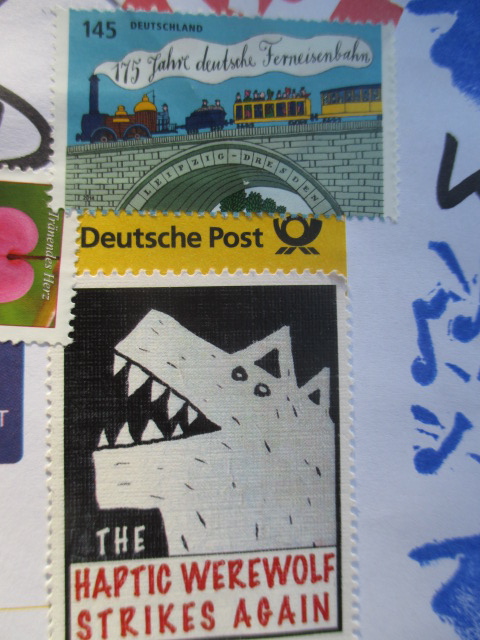 It is from a large 30x20 cm package from Erni in Hamburg.

Always fun collage things on the outside of the package for the postman to enjoy:… Erni in Hamburg has such a great sense of humor: Howling Hamburg FLUX! These are the funniest hippos, laughing and dancing...in a BIG boekie!

Erni added his notes of course, puts a smile on my face:…

Send from the USA on the 13th and received in the Netherlands at the 19th of August!!! Can you believe that? I wish all Mail Art had that speed. ;-) And in it was a teabag with the sentence "Sipping thoughts of peace, hope floats my way." The flavor? Moonlight Spice! I like to drink tea and will enjoy this thinking of Mercedes in New Mexico. The ATC also hit a favorite place,… Two years in the making this little gem (2.5 inches x 3.5 inches) finally washes up on the shore of Paris.  I love the sparkles & the title.

Thank you Linda, you're one of a kind and so sweet. 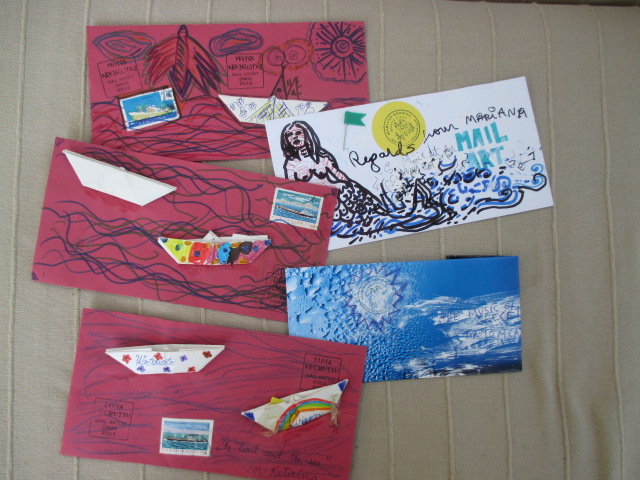 All these colorful and  creative mail art envelopes arrived in Greece. They are from Mariana in Romania and three of her students.

Look and what the children made:

If you want this collage, then please send me a large stamped addressed envelope...

A bunch of MailArt from Eduardo Cardoso

I really like a lot everything Eduardo Cardoso produces, and am delighted with a bunch of great MailArt from him arrived today.

First of all, my favorite... 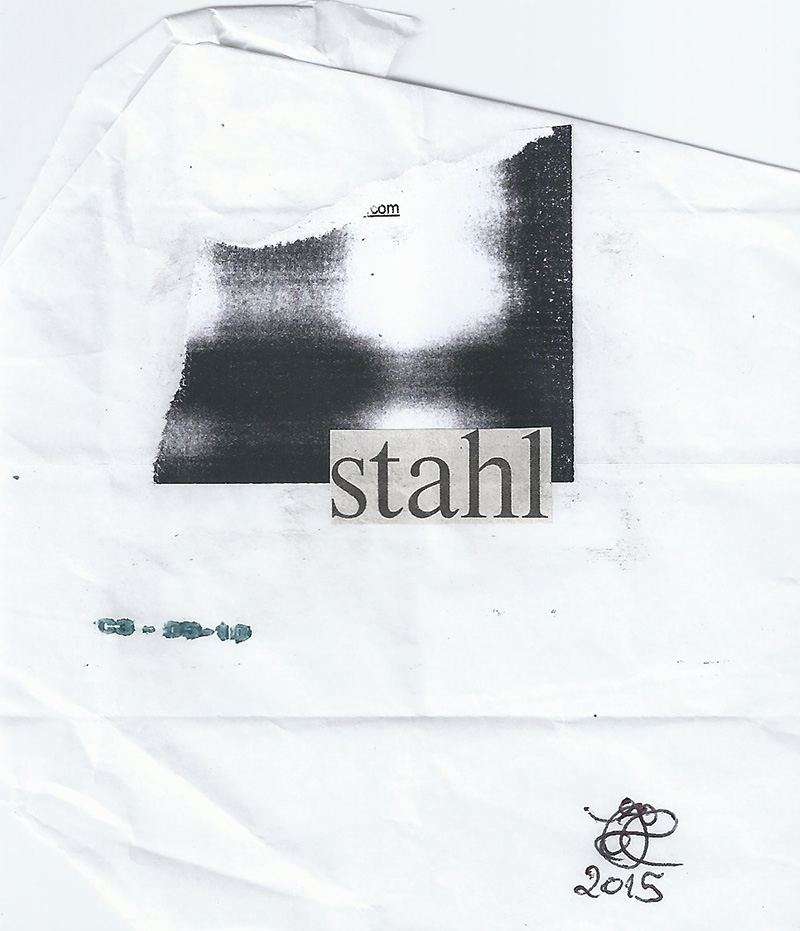 Also a beautiful A4 size drawing... 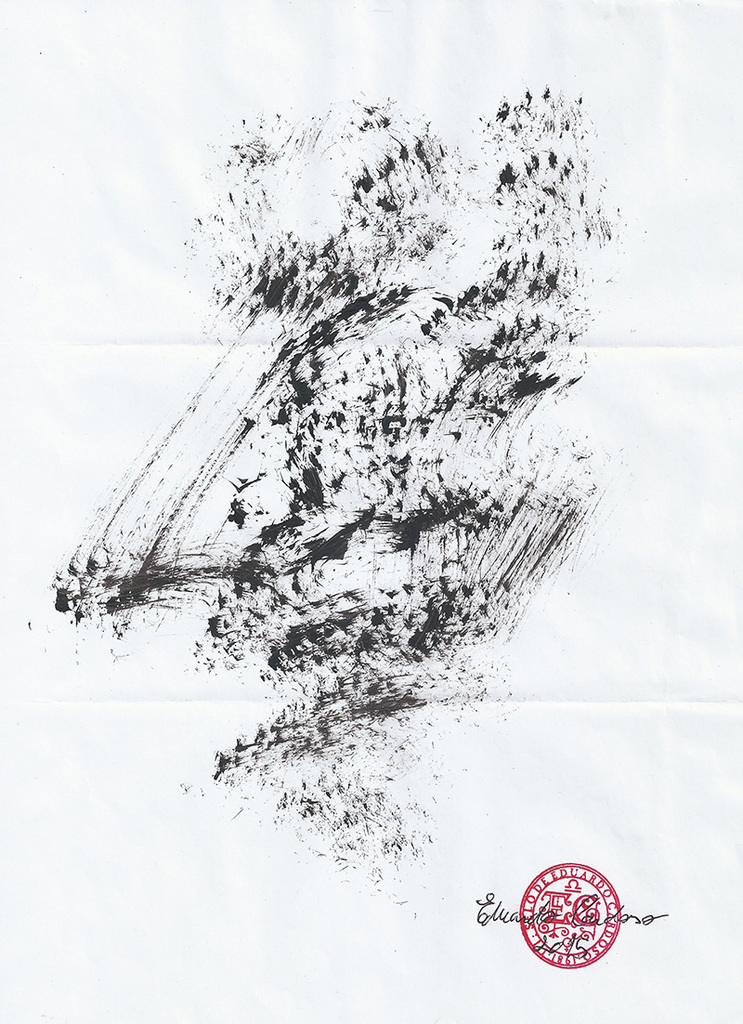 Mail art on it's way to Helle, Moan, Monsenhor, and for the Smiles Project.

Pictures to be uploaded later today.  Received mail art from Mim today. Will post at the same time I post the outgoing mail.

The Grand Opening has occurred many moons ago, I'm just late.  Coupons galore for shoppers!  Thanks Jack!… Great work, and a nice note about mowing lawns and computer software. 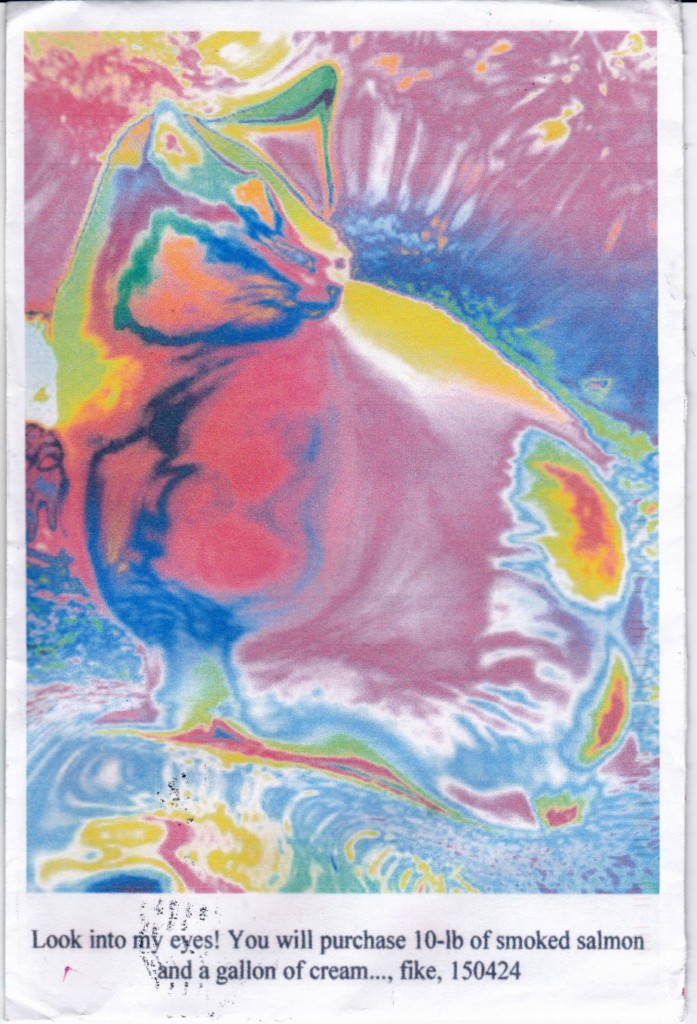 Back of the envelope -… 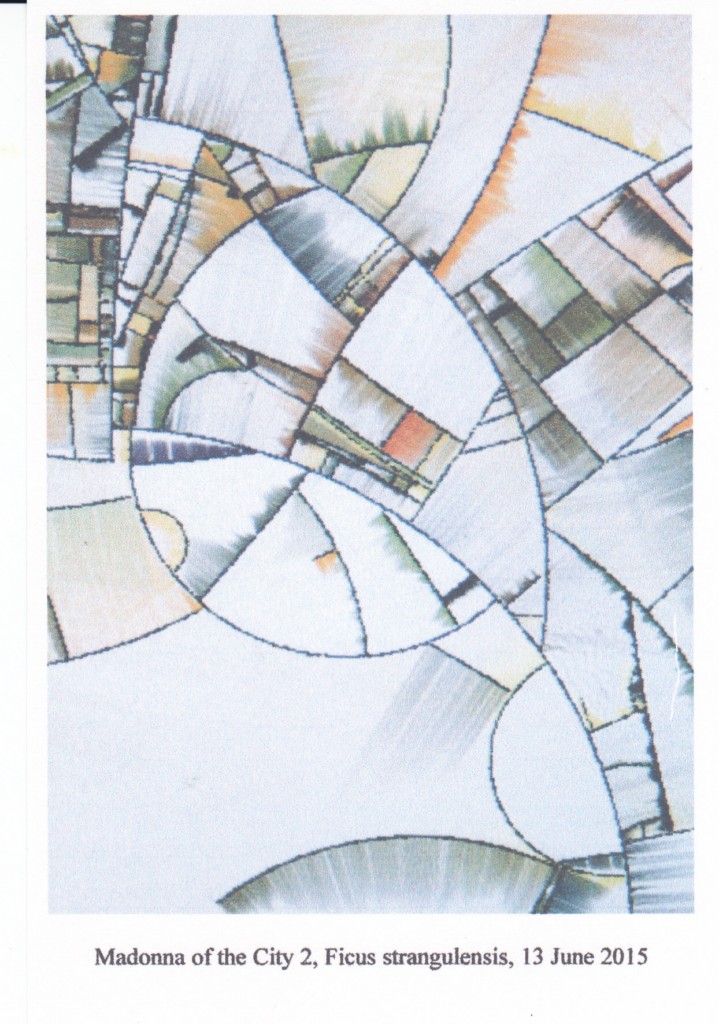 Always a surprise in every envelope, thank you! 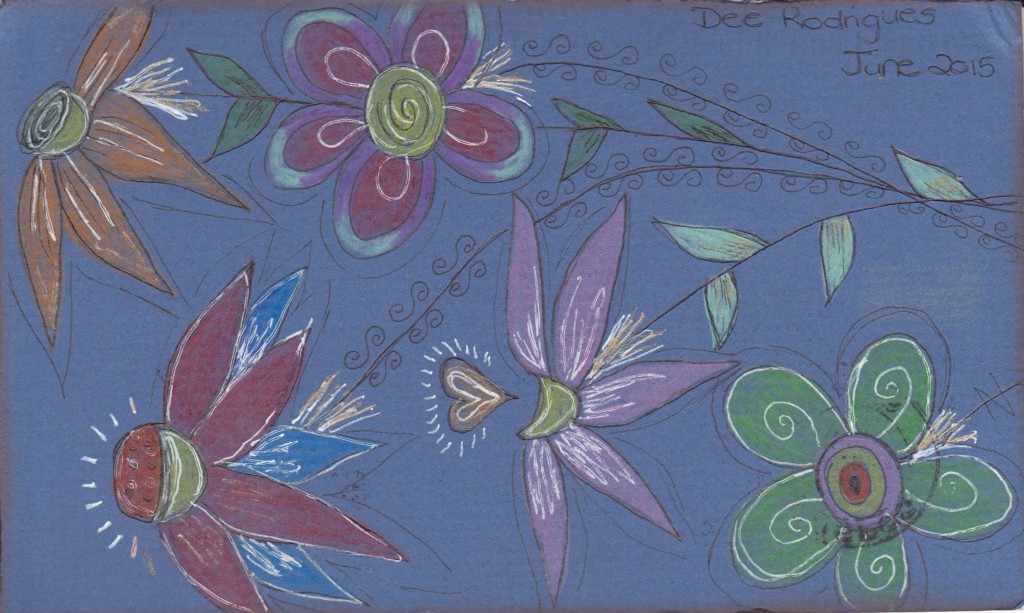