December 1, 2011 - If Arthur Rimbaud were alive today, would he choose to create visual poetry? If Marie Wintzer wrote visual poetry, what would it look like?

As to the former: We will never know. (Although Cheryl Penn (South Africa) occasionally receives letters from someone claiming to be Rimbaud and still lost in Africa.) As to the latter question: Marie has recently turned her considerable talent to visual poetry. I am thrilled to have received this piece (above) from her.

Some IUOMA members will recognize this image. It has already received a good deal of attention and discussion in the digital gallery. I am certainly very happy to have a hard copy from the artist.

Much of Marie's work has elements of vispo as well as asemics. This is the first example I have seen in which she clears the field of encumbrances to deal particularly with the prosody of word and image. The result is a departure from earlier work and reveals different uses of her distinctive style. Two observations:

Imagery: Marie Wintzer tends to use older Japanese texts and photos (often black & white) that she finds in Tokyo. There is a displacement outside the contemporary. In other instances, she uses material that appear to be older European scientific texts, children's books, etc., to the point where she is suspected of a Modernist's aversion to popular culture.

This particular work, "MORE," defies those conventions we have come to expect in Marie's work. Whatever the ultimate commentary, she has embraced popcult images mixing neon coloration and a kind of tawdry, commodified eroticism. (Another visit to "The Ruined Theater of Fluxus"?)

The dominant "MORE" of the poem might refer to the insatiable addiction of consumerism, tangled as it is through advertising and marketing with the older vices of desire, lust, and let's not forget exploitation. Indeed, this is one of the few pieces by Marie I have seen that shows the clear influence of Ray Johnson.

Overlaying: Many visual poets associated with IUOMA use overlays of text and image to achieve a synthesis (or organicism) and to generate symbols and forms. Overlaying, though, is by no means a universal practice nor uncontested. One result of its use is distortion of the text.

The Hungarian, Stalinist literary critic Georg Luckacs frequently and famously cited this appearance of distortion in the art of Western capitalism as a manifestation of a disease of the human spirit that could only be healed through... well, you know what a Stalinist would think. Ironically, of course, politically conservative Western critics also bewail the use of distortion. The jury has been out on this debate for decades (the significance of distortion), the main point being the debate continues as ever, perhaps even with increased relevance today. It could possibly be connected to something vaguely important?

That Marie chose overlays is no surprise. You find it frequently and masterfully used in her photography. She is deeply influenced by the French artist, Les Brumes. I believe Marie uses Les Brumes digital overlays in her work. And this is another important point to note: While most vispoets are manually using stamps, acetate, and tape transfers, I'm fairly sure Marie is using digital overlays via photoshop (be informed I'm a rank amateur in this area). Tremendous digital vispo is currently being produced.

The effects can be amazing. In this case, I think the overlays are so subtle they are in places overly difficult or impossible to perceive. Of course this creates a visual irony, because we also see the nearly burnt out and distorted effects of neon coloration. That, luckily, is more successful.

I think that these challenges in the work indicate Marie is working in areas to which she is ordinarily unaccustomed. The play of neon against dark night shapes is compelling, yet some basic element of contrast hasn't been quite achieved. I find myself wanting to see more or know more. Maybe that is the idea. In fact, some classic Fluxus experimental films play on this element of extreme subtlety to achieve a calculated and disarming perceptual response in the viewer. Anyway...

The reverse side of this postcard-size piece offers variations: I have only dug into this piece so deeply because I am so impressed by it. Many thanks, Marie. And make sure to visit the Mink Ranch:

Val, your contribution is greatly appreciated. School was done for the day anyway. "Y'all come back now."

Thanks everyone! I think it would be best to return to the tone set by DVS's original note. And so I'm leaving this discussion. Au revoir. Val

I mean "at" his best

The Eric as his best All of this has reached the Mink Ranch in the deep Alsacian countryside, yes.

I like Lisa's picture. She reminds me of the Gypsy/Madone in Dw's Alsace#8

Oh, and Marie! Did you see that amazing painting Skybridge posted. The lady has a pet mink? Or ermine? It should be a MinXus classic, I think.

Greetings CB, I'm very pleased with the response to your vispo myself. You just never know.

Cheryl sent me a note about some recent misgivings she has had with Rimbaud. What could possibly be the problem? I suggest "Illuminations." I'll catch up with her on this.

Let the Spell Chick do the research! I find Val's Cantona story very amusing. Do you know the Rambo movies? That actor who played Rambo is Sylvester Stallone (Sly). Rambo is pronounced similarly to Rimbaud, at least in my (red) neck of the woods. You know this. Willie (?) Deville - stage name Mink Deville - was this lounge lizard-style punk rocker from New Jersey. Obviously, it's sort of like Mink De Villo. And you know Mink Floyd would be Pink Floyd. What else is there for you to look up? I bet I would be at a terrible loss in Alsace to know or understand anything.

Cantona is also (in)famous for his foot of fury (of furry, but we don't want him at MinXus). Now I have to google a lot of names to see if those people exist or if you made them up...

You're thinking of Mink Floyd.

Rambo - a Sly fellow. They say he once played with the Mink Deville 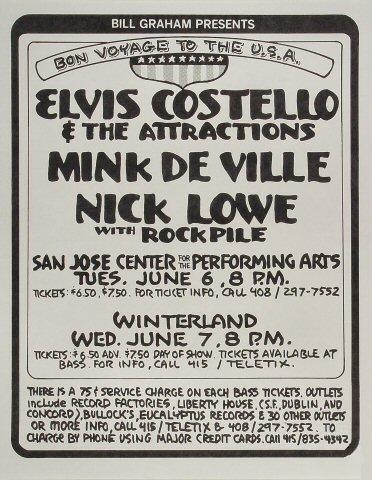