Here are postcards I received from the FAB Richard C. in 2020: Gotta say, I love this fun and witty postcard from Richard C. (and Baby Ruth)! At first glance one may get the idea that it's a photo from a grocery store ad, but I understood what was going on from the get-go. Look at the name of each of the products and you will understand. 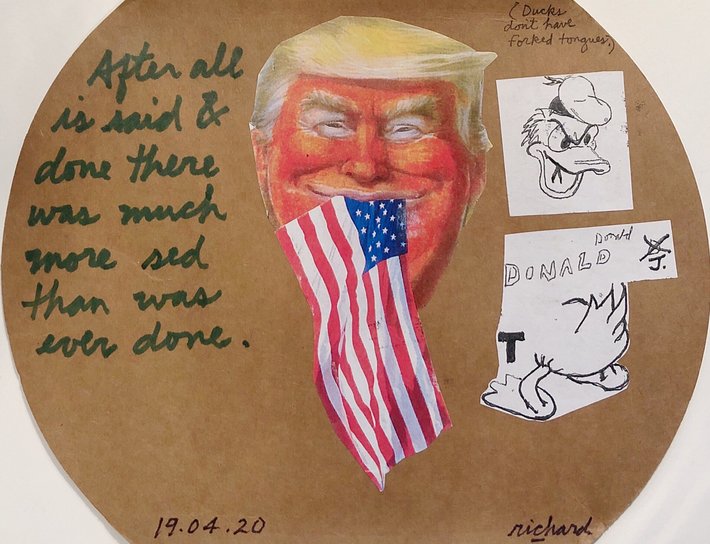 The use of packaged food boxes for postcards is classic Richard C.! There's Bob Evan's Sour Cream & Chives Mashed Potatoes, which makes a great card for his Trump parody. It reads, "After all is said & done there was much more sed than was ever done." I'm sure you can figure out the meaning behind the Donald Duck 'forked tongue' and 'tail end' images.

On the Stouffer's Mac & Cheese box Richard states, "I don't eat this stuff - but it is a 'classic' & will serve as well as most any commercial postcard." On the backside there is another Disney reference - this time the Magic Kingdom. Richard reminds us that "Disneyworld is closed," and even draws a Mickey Mouse head! A quote from Ralph Waldo Emerson fits nicely with the theme, "Build a better mousetrap & the world will beat a path to your door." 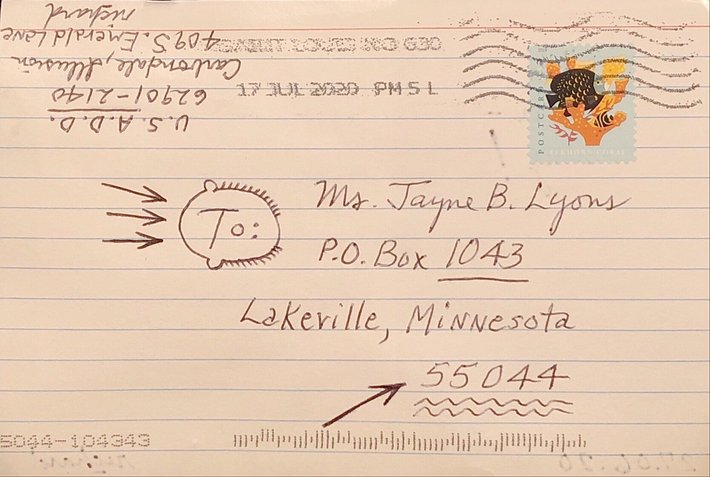 Thanks to Richard C. for the might fine mail art!

These are too fun!