David recently sent me a hefty Manila envelope and when I opened it, this happened... 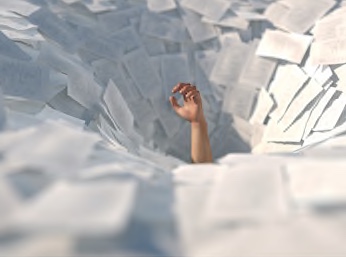 Ephemera! Glorious! Ephemera!!! A LOT of it!!

David has either been collecting magazines since he was a toddler (or since his parents were toddlers), or he happened upon a yard sale with a mother load of Good Housekeeping magazines from the WWII era. Many of the clippings had corners where the publishing date was still visible, and some of them read as early as 1940! 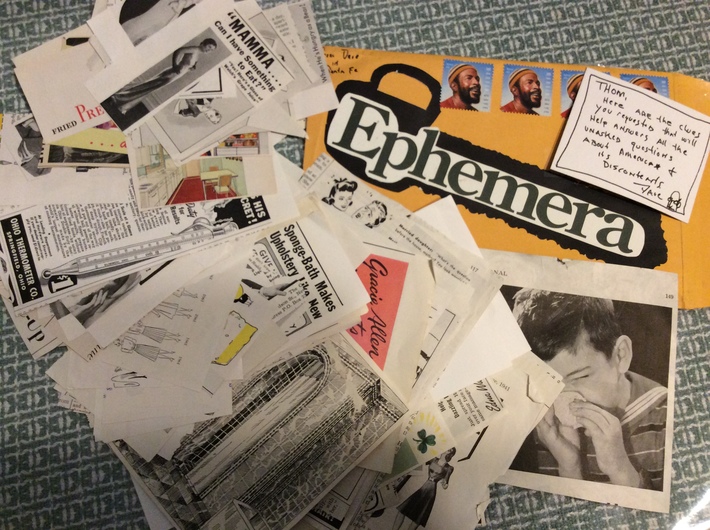 There was SOOOooooo much to go through, and I’ll be cataloguing it FOREVER (thanks, David), but some of it, as you can see below, was obviously DESTINED to be paired together for humorous effect.... Caption: “Betty couldn’t seem seems to get along with ANYONE. Betty was a jerk. What a bore!” 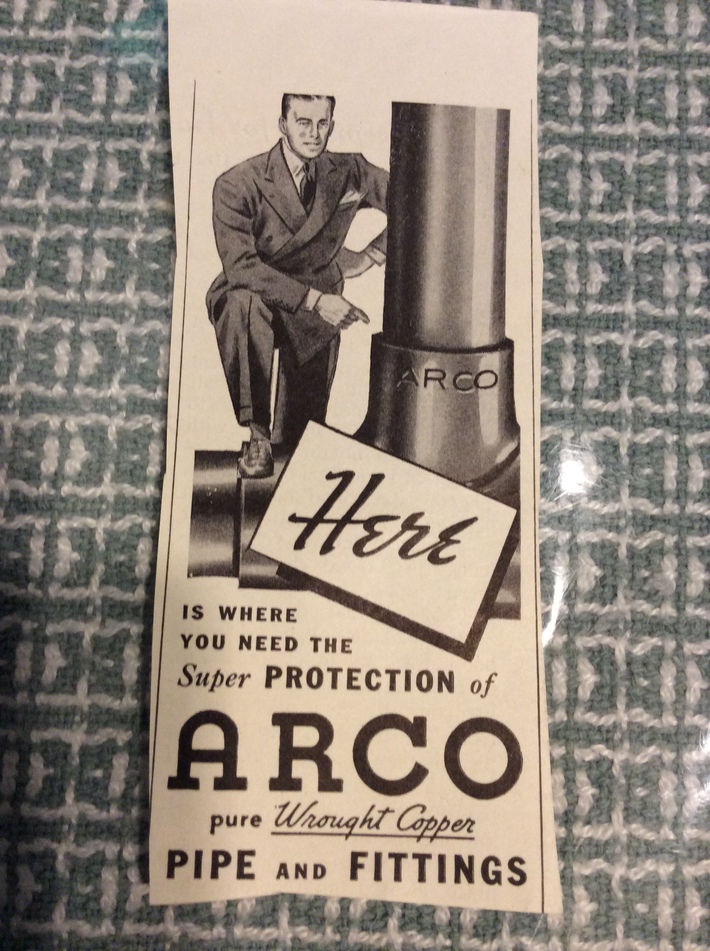 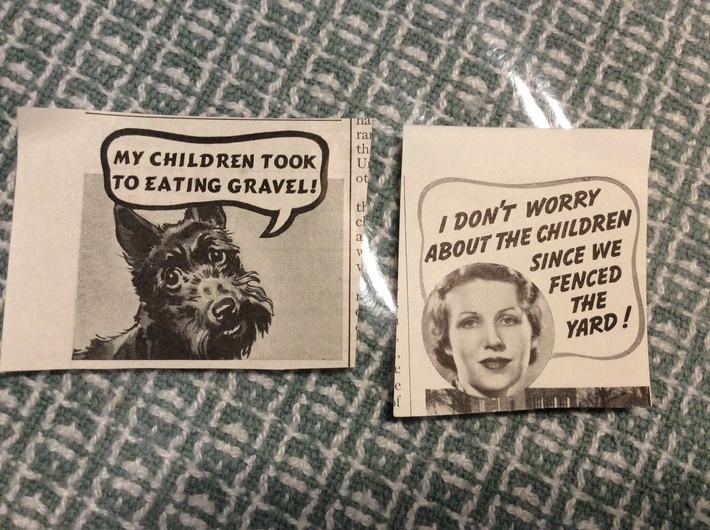 Caption: “I’ll be darned if MY children are eating gravel outside of the back yard!!” 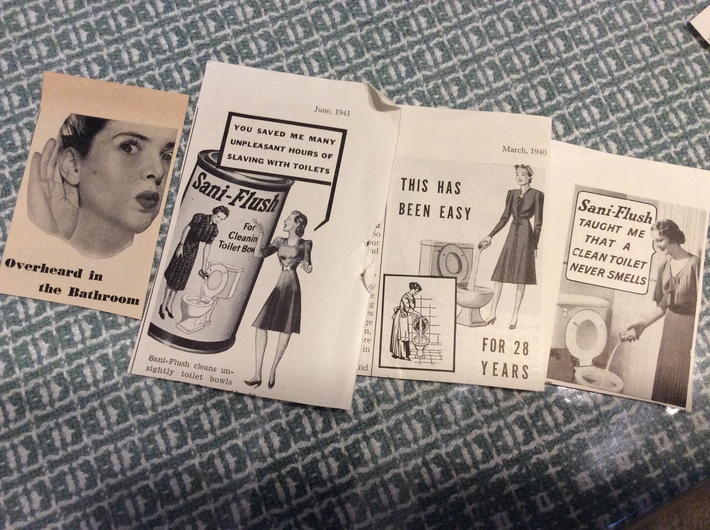 Caption: “This is the ONLY thing I like to overhear from the potty room!” Caption: “My broken molar was TOTALLY worth it!!!” 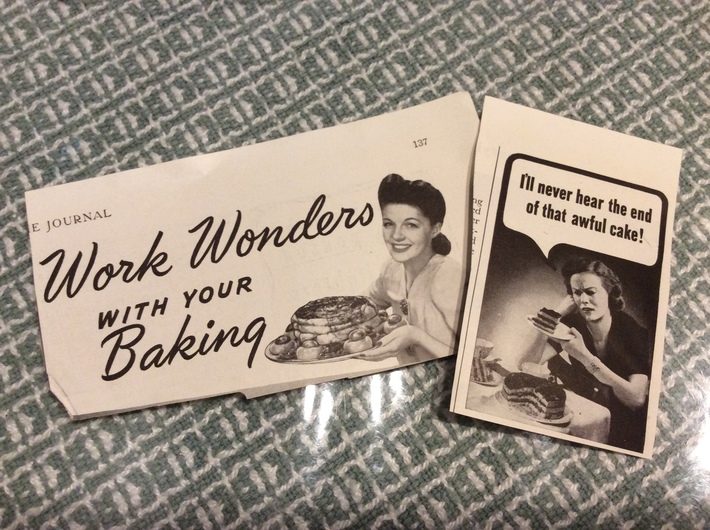 Caption: “One NAILED it; one FAILED it!”

I will undoubtedly have months (nay, YEARS) of fun collaging with this bounty of ephemera... Thank you, David.

You're welcome, Thom. It looks as though you've put them to excellent use.

Kat—Lucky for me, David already did most of the cutting-up part. I might've had difficulty, too. Nostalgia is a tough fence to crawl over!

Hi Nancy—glad you appreciated my wry sense of humor. Sometimes humor is a good coping mechanism...like when Greenland shoots you down in flames (I mean, it wasn't like Drumph was trying to annex Greenland...he asked POLITELY if he could buy it with our taxpayer dollars, right?)

Love to you right back!

That arm looks like at least half of me in today's whole world.

Thom, great stuff from Dave and delightful, witty, perceptive captions from you.

Very enjoyable, esp. when we can't even buy Greenland.

'Love your captions!!! So enjoy the "stuff" from David Stafford... 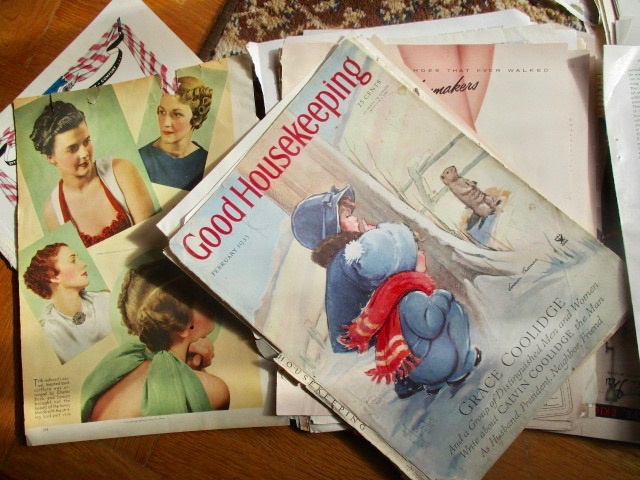 but cannot make myself cut-up and collage,

always wanting to look 'em all over, again and again :-)