July 4, 2018 - Prophets of doom in the 1990s announced the birth of the Digital Age marked the death of mail art. Here in 2018, mail art is thriving and defying the old prediction. The current network requires integrating the digital and the snail mail postal system. A few Old School folks object (see the Retired Mail Artists group on Facebook). Otherwise correspondence art is more accessible to a wider audience than in the days  when it was, essentially, “underground” and – ironically – exclusive.

For those of us who are more Old School than Newbies, the internet has been a miraculous gift to help re-connect and/or connect better with friends we previously only knew through paper, envelopes and stamps (sometimes via phone calls and/or personal meetings). One (re-)connection I have enjoyed making is with David Alan Goldberg who is currently located in North Carolina, USA. (As Ficus srangulensis says, “Yer new ol’ bud.”)

Like me, David Alan Goldberg was captured by the excitement of the Age of Zines in the 1980s. This was a time when the explosion of DIY zines (with circulations ranging from a dozen to thousands) overlapped with the mail art network and ignited an alternative, global culture movement outside the mainstream. No one knows how many people participated or how many zines existed. Archives being posted online are beginning to provide a better historical picture of this vast network, but much remains to be done. I believe most people would find the zines absolutely fascinating to view.

There were many of us zinesters. (I would guess the majority were in their teens!) David Alan Goldberg and I were fellow travelers interested especially in the Neither/Nor Press in Ann Arbor, Michigan, USA and its famed zine Beatniks from Space.

We were among the generation of slackers (aka Marginals) who adopted the philosophy of Bob Black’s famed essay, “The Abolition of Work” (a sort of anthem in the Reagan years.) Bob Black probably coined the term “Marginal” to describe the first service-economy generation of disaffected youth. Tangential to these activities were Neoism and the Church of the Subgenius, also promulgated via the network.

Only in recent years have I gotten to know David Alan Goldberg in any substantial way, and I am thrilled to have received two issues of his current zine Beans. 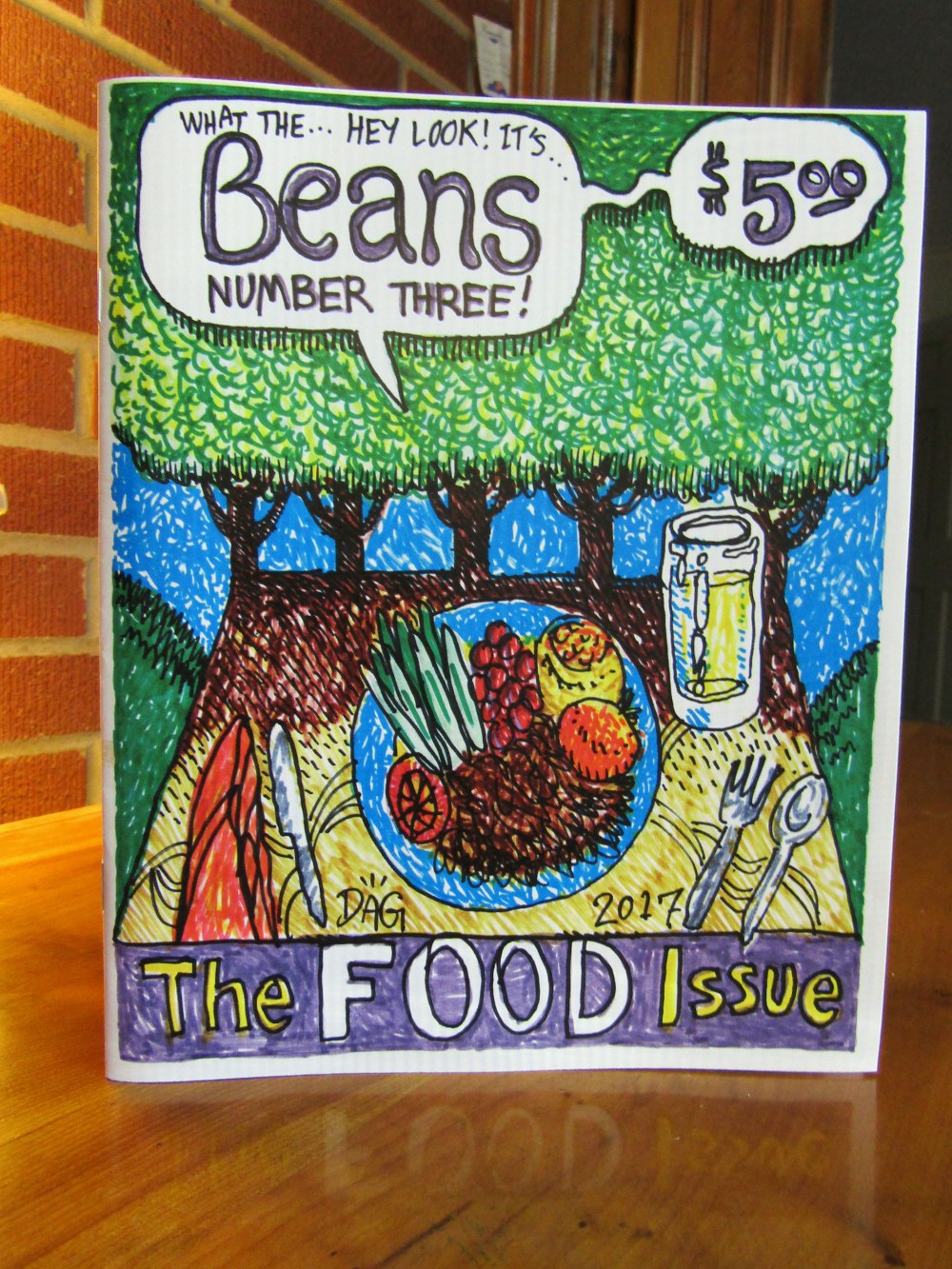 The zines produced all kinds of gifted designers, photographers, writers and – especially – cartoonists who moved on to other endeavors. Beans showcases David Alan Goldberg’s considerable talents as a cartoonist.

From Beans #3 by David Alan Goldberg 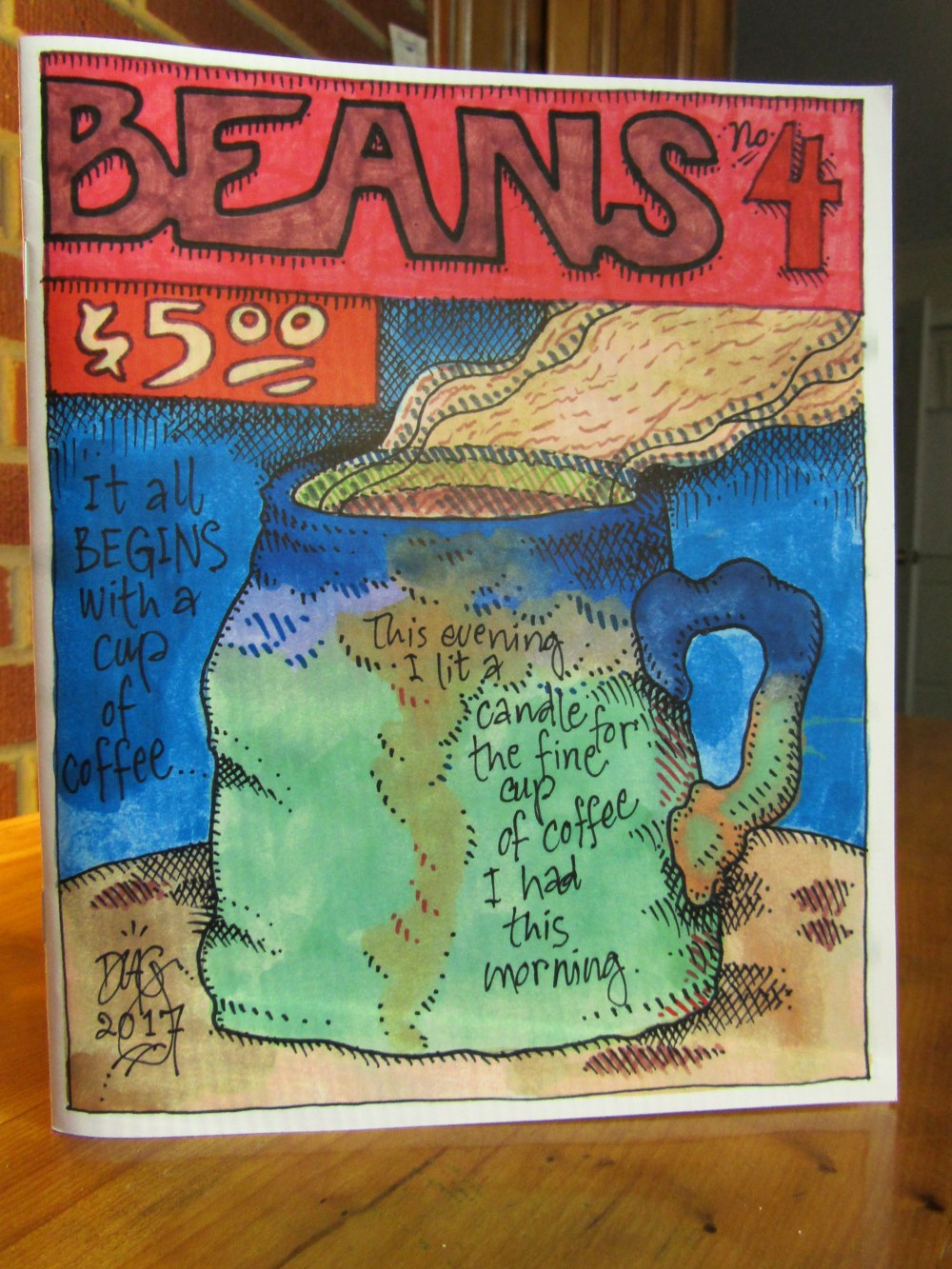 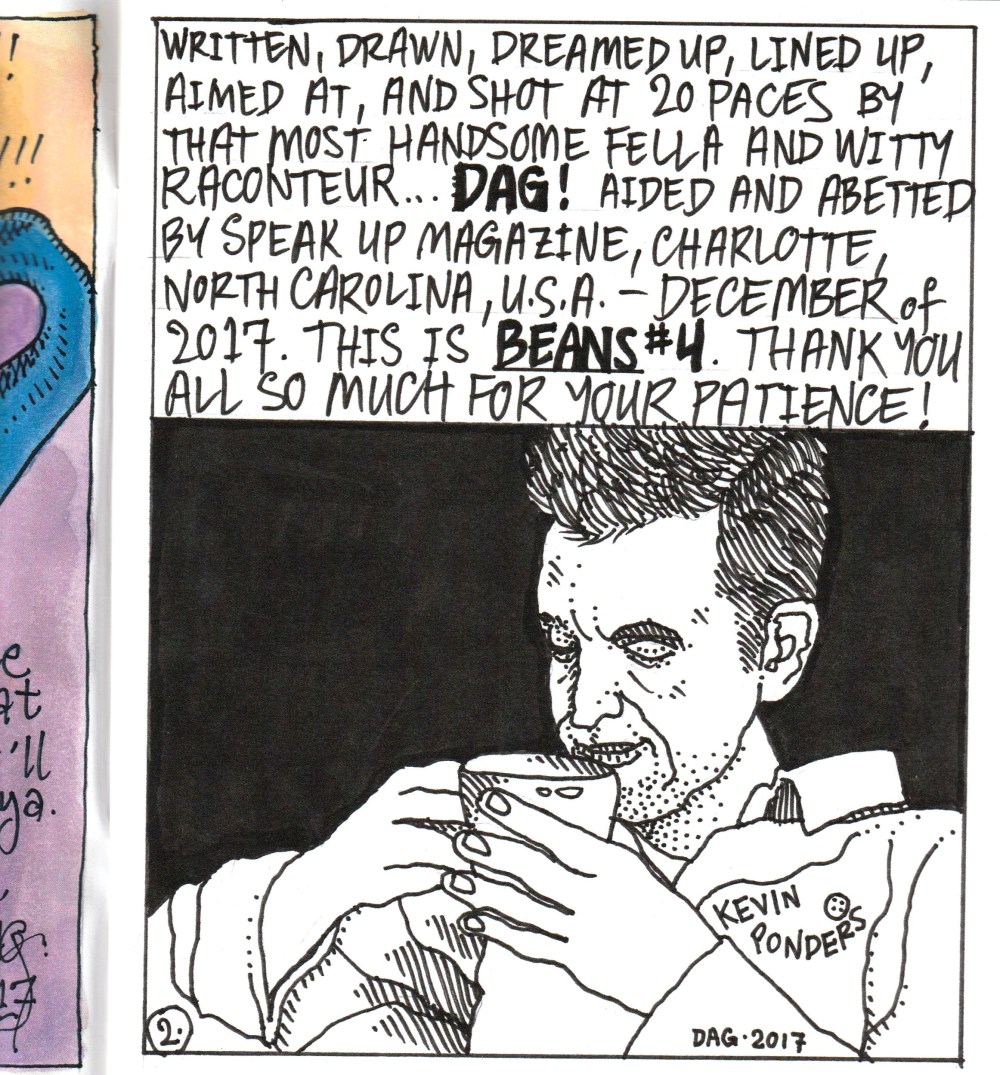 Zines are also experiencing a kind of revival today. I frequently receive them via the mail art network and see announcements for events. They are different in scale and focus compared to earlier iterations but also more idiosyncratic, quirky and self-consciously aesthetic. I love them!

David Alan Goldberg is an authentic veteran of the Age of Zines, and it is great to see he has found a venue and patron that allow him to share his gifts. Deepest thanks to DAG for sending these issues along!

Here is some information on the back cover of Beans: 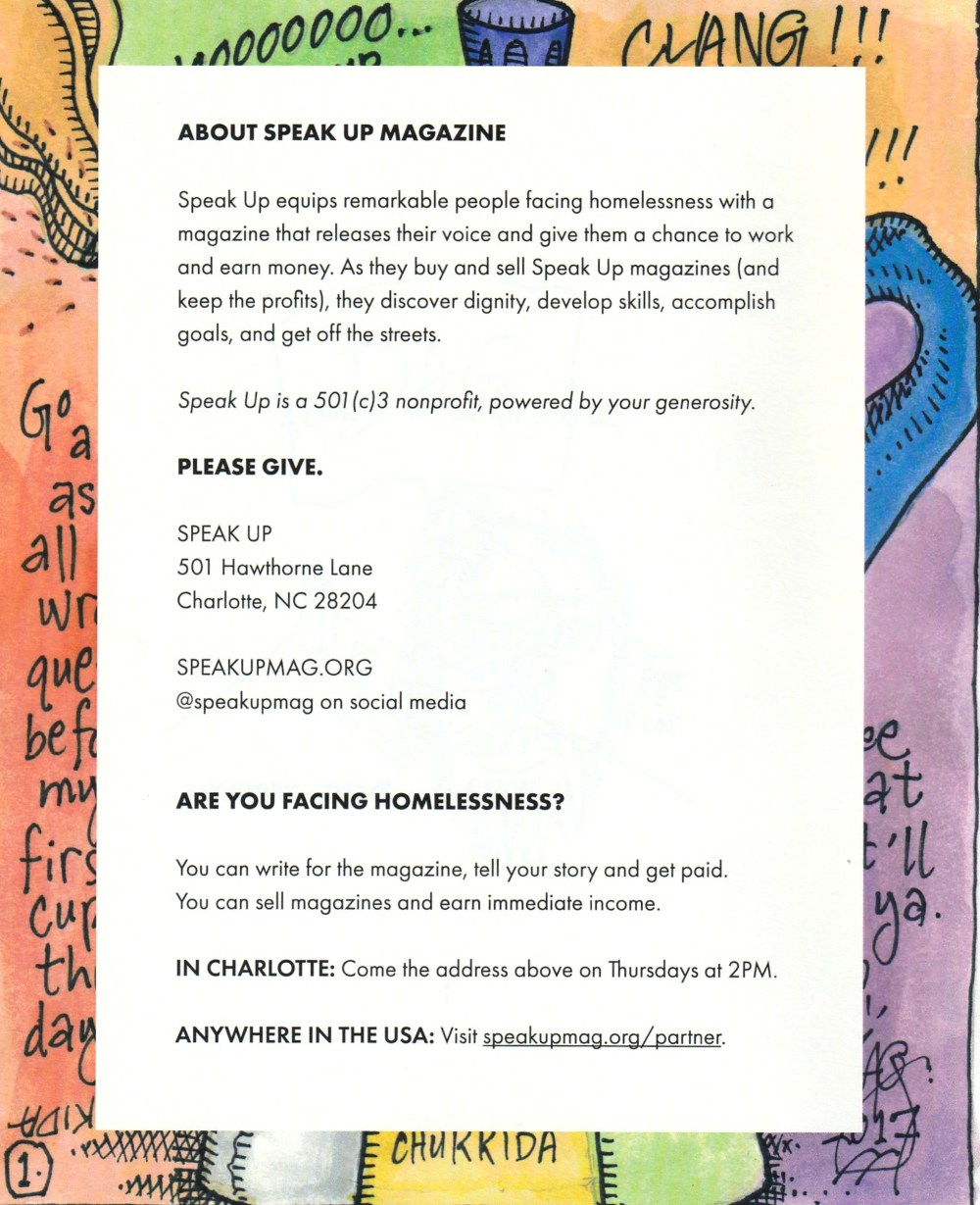