Thank you Guido! Fits right with some of my books!

Stamped on the back of a section of Brain Cell--great idea as I am never quite sure what to do with them.the brain cell mutates 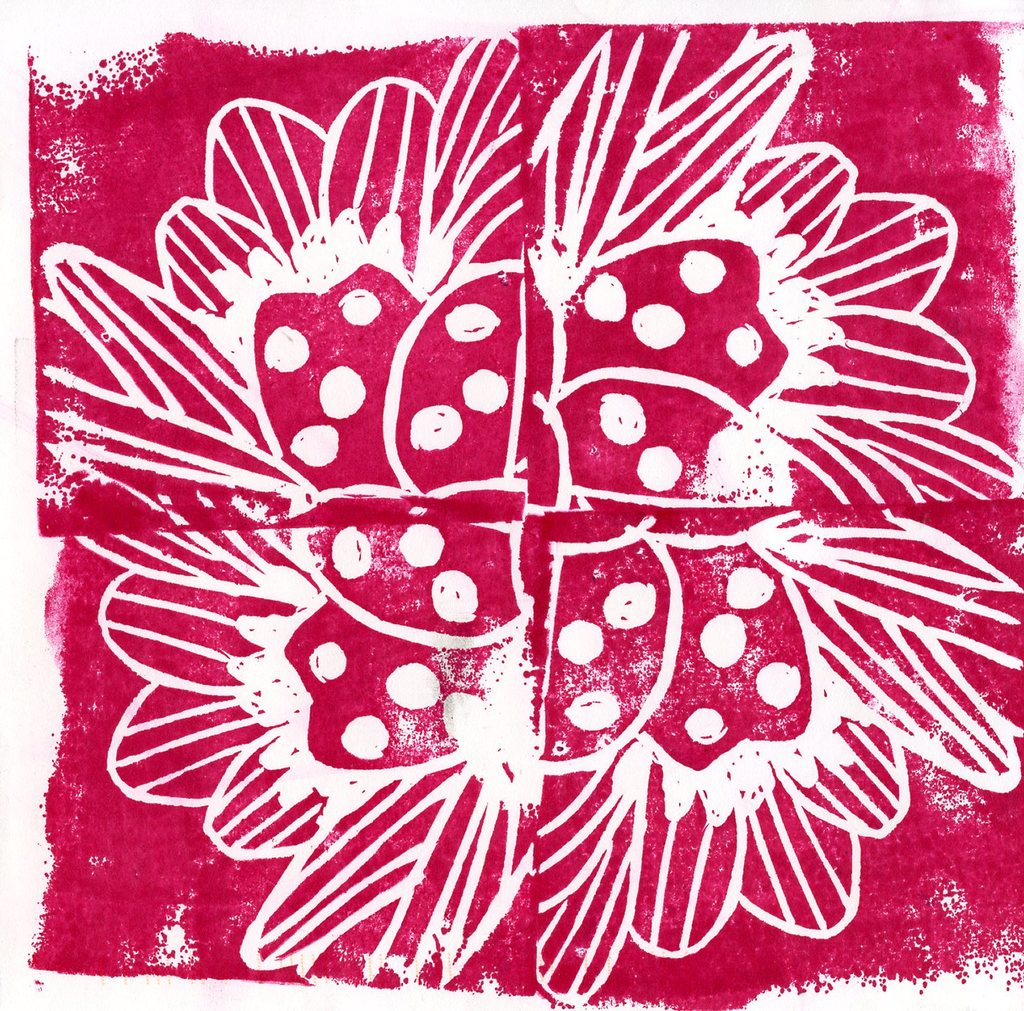 The James Dean "You Are Not Cool" stamp is cool and I love the one on the front of the card "The Life You Ordered Has Arrived"....Thank you James (Arthur)....…

Erni Bar has his eyes on me, watching my every click.

Oh here is a good one.  The Mad Hatter's Mouse Mat.  This came in the post as is and without an envelope to open.  Now this mouse mat has seen some serious mouse action in its' day. And more action to come. Thank you Erni, the mouse… The Latvian Postal Service and Latvia's most famous chocolate company, Laima have joined forces and designed a range of chocolate blocks to be sent anywhere in the world. It's double wrapped and this one made it to Australia in perfect condition. The Post even subsidises the cost of sending, how…

Today I received my first mail from a IUOMA member, Laurence Gillot and an invitation to participate in two projects. Also we had a little first snow, quite early this year. 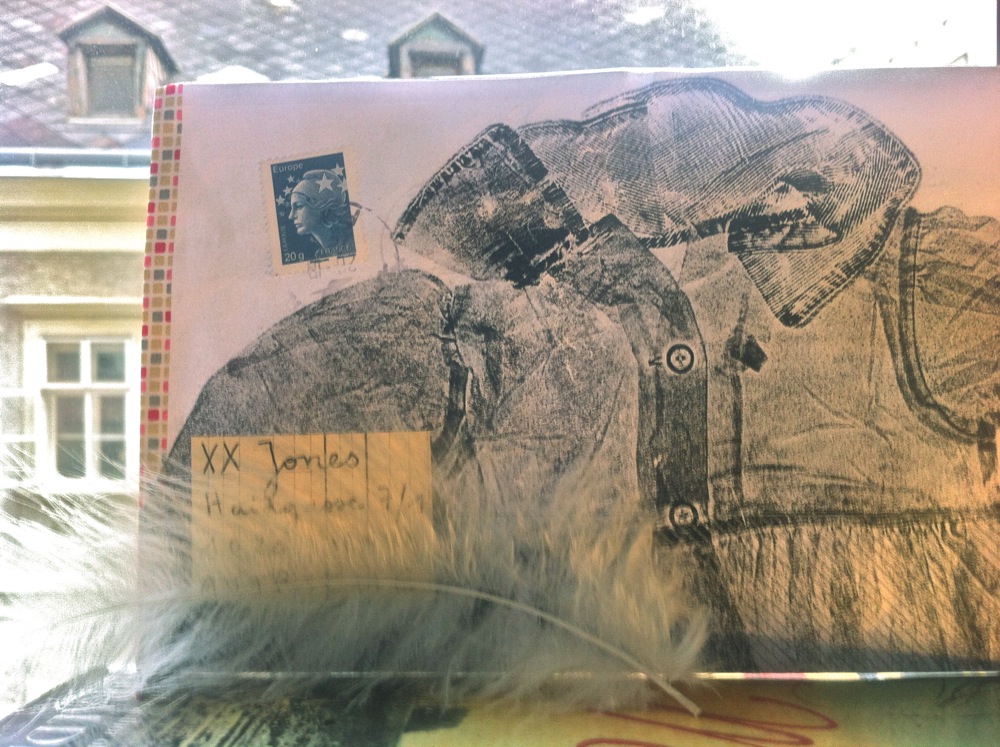 Thank you so much. You made my day! 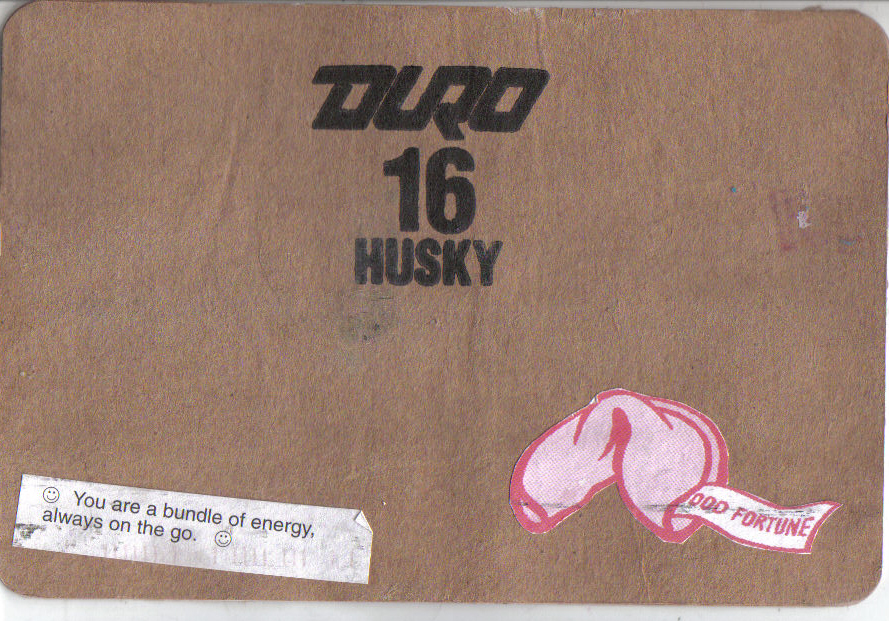 This didn't scan well, but really like this piece from Guido. Much different style for him. thank you!!! A great etching from Arttower arrived me

This little and very fine coloured etching from Arttower made its way from Aschaffenburg to Munich and brought the first autumn leave (I´m far behind with blogging). I love it! thank you very much, i´ll keep it as a treasure! 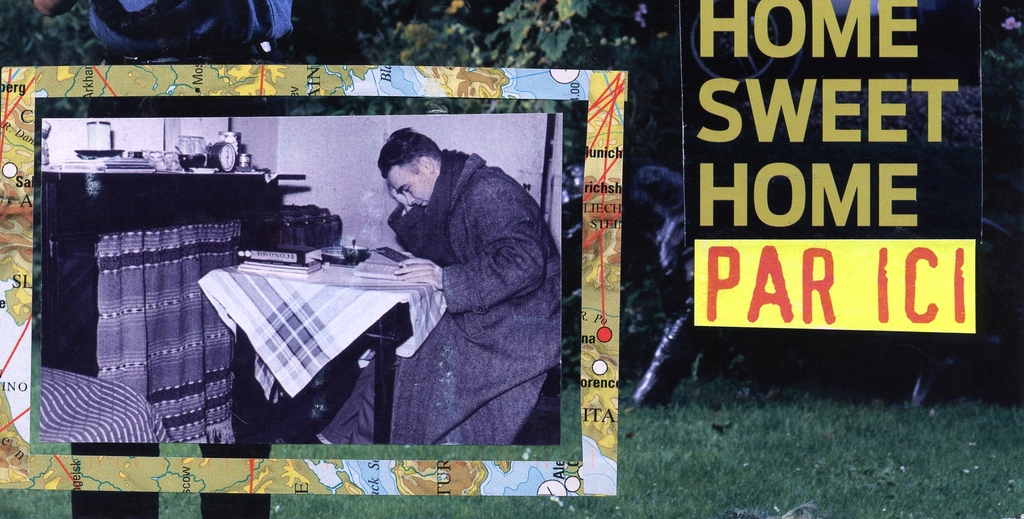 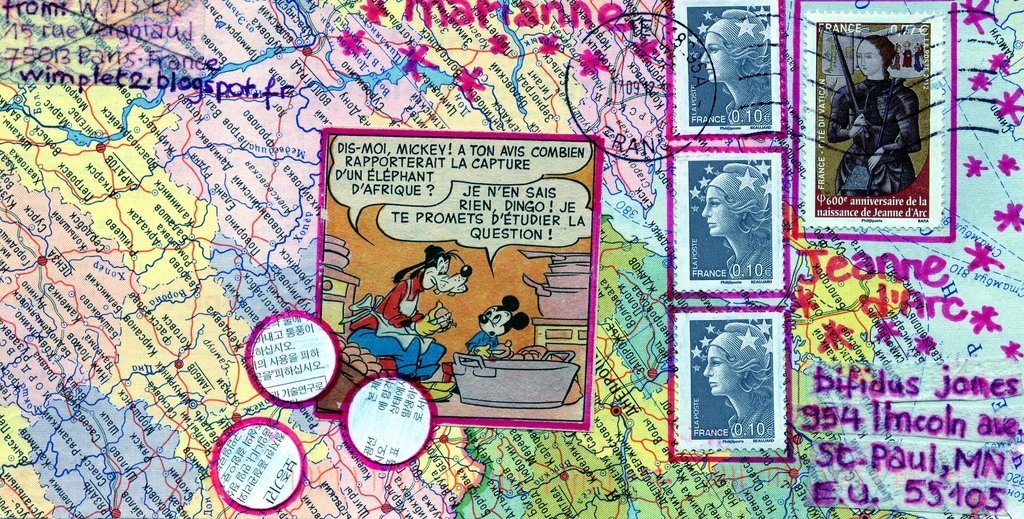 Here is an intriguing piece from Willemien containing all the things I like--cartoons, maps, mysterious black and white photographs, languages, and the Jeanne d'Arc postage stamp. I like the way she put the E.U. in my address. Perhaps she thinks of me as a… 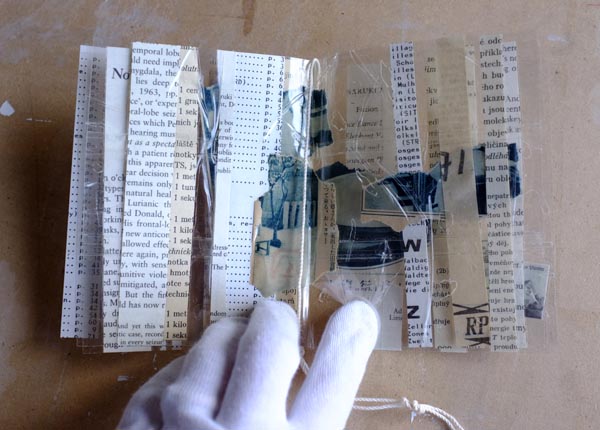 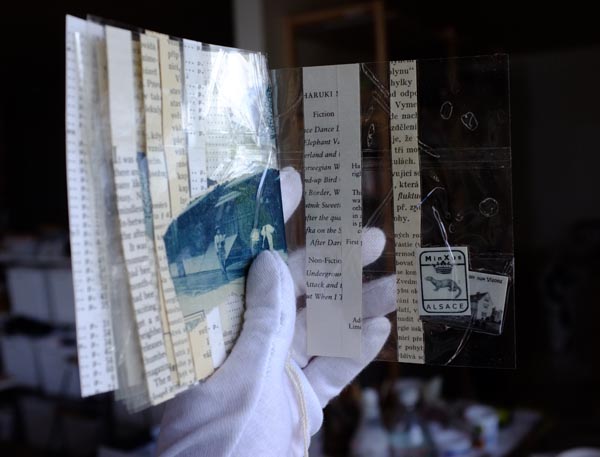 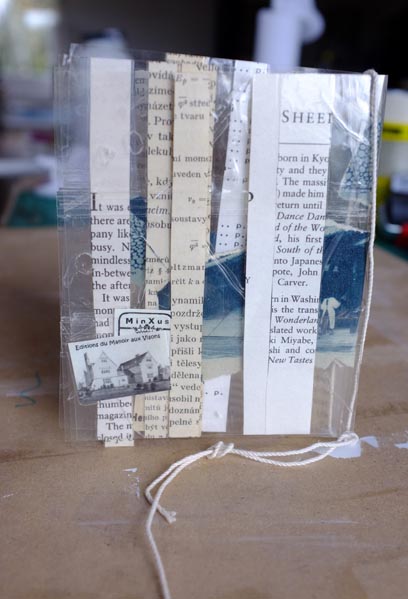 I am really tired of being creative.

Could someone please contact me and tell me what the point of 'Art' is please. The problems of fragmentation and confusion that exist within more traditional art practices, such as painting and sculpture (in the…