The Second 9 x 9 Wood Block Project Is Done / Wanna Help With the Third? The second 9x9 Block Board is complete. Thanks to Jeremiah Paddock (USA) + Katerina Nikoultsou (Greece) +…
Continue

A beautiful boekie and bookmark

A collaboration from C. Mehrl Bennett and Maralena Howard. 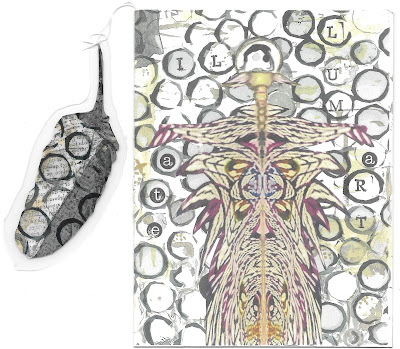 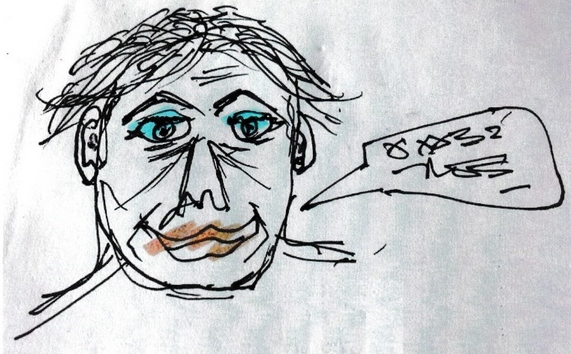 Stamps which are almost loose but still in their place... Mail from Paris...

That must be Dean's! The stamps were added to an enormous box which had succeeded  to enter my p.o.box. Too big for the scanner, so I show it thanks to 'real… Hedgehogs and sea lions and cat burglar kitties, OH MY!!!

Carina keeps in touch with late-winter greetings...and animals that the groundhog would only see if he hadn't seen his shadow on Feb. 2nd. But indeed he did, meaning six more weeks of winter weather. In fact...there's a snow storm expected to roll in here tomorrow dumping another 6 inches…

SMTMA: Falling in Love with Fiorentina As soon as Fiorentina Giannotta came onto the scene of IUOMA, I knew I needed to make supplication for her mail art. I LOVE her portraits...so much color, so much detail, so much whimsy, so many layers of texture... look how she fills the space of her canvas in the piece to the right. And the historical vestments and hair wigs, etcetera, all add to a sense of…

Need for a Left Hand! Shelly Tracy sent just what I need (for the next three weeks)... 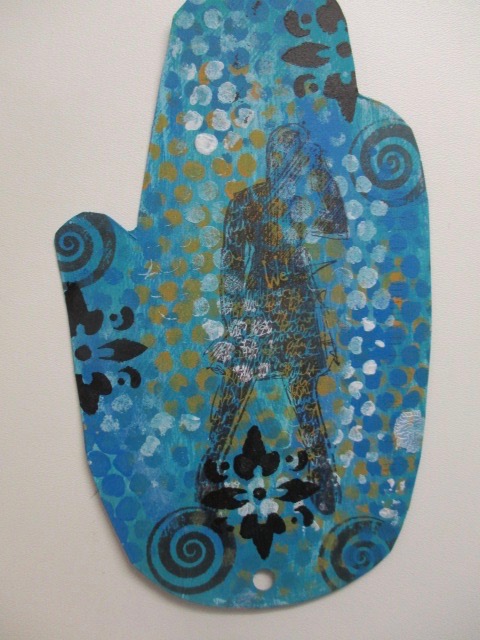 She is making a CIRCLE - chain of hands around the world! March 29, 2017 - The volume of mail and considerable time duration involved in the Karnival of Trash meant sidelining some other interesting trends, such as the…

Thanks Bonnie for the very cool birdy, Love it! and the nice note 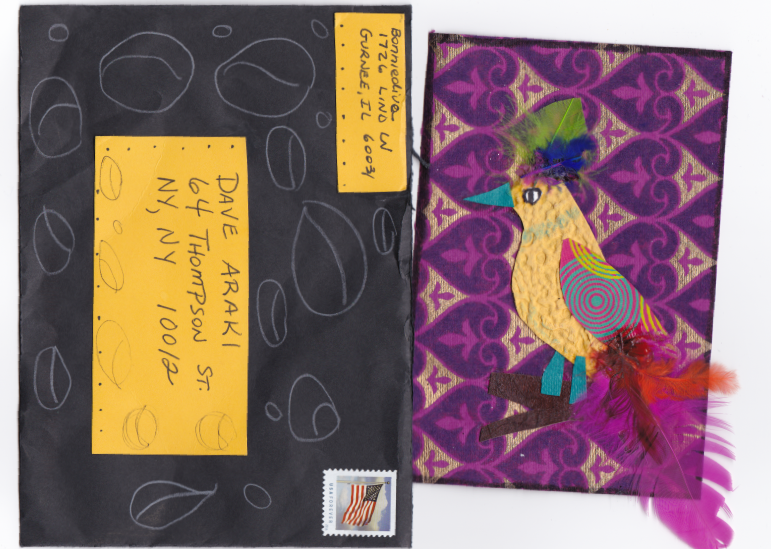 A fantastic envelope sent from France, made from a paper bag bought in an art shop in Australia. 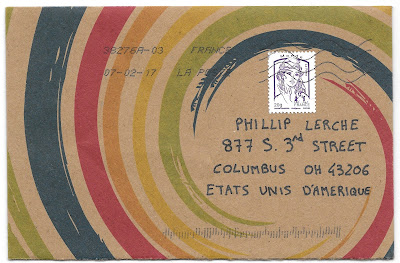 Year of the Rooster

The USPS Lunar New Year of the Rooster stamp is the 10th in a series by the artist Kam Mak. I really like the series which focuses on different aspects of this celebration, although it has been criticized for not featuring the zodiac animals more prominently.

You can't really say that about this year's stamp, as a rooster on a red hongbao is the main focus. There's also a gold rooster top right. ...have glue, scissors...will travel! (and she never ages) with a rooster sending greetings,

and a fine view of the famous square right where Fidel…

March 27, 2017 - After the long ride of the Karnival of Trash there is a certain homecoming feel to resuming "normal" posting. Familiarity sometimes comes as a…

A slide from Eden 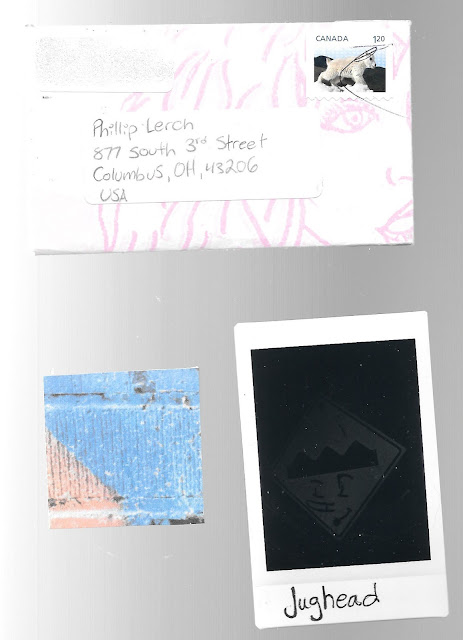 It is EXPERIMENT #35 from Diane Hale 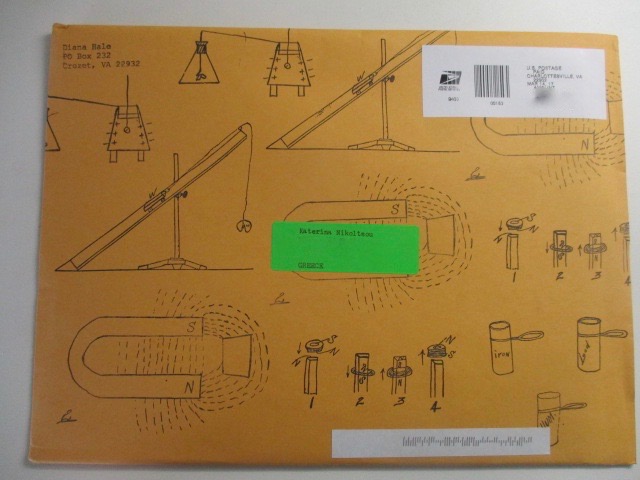 a beautiful vintage paper with fine penmanship of 'yore...…