I really want to get a tattoo, but I want it to be very special. I am looking for some one to design a tattoo for me. If any one is interested please contact me to discuss more details.

Received from Ejva-China.I Know what is this!!! Just AMAZING! 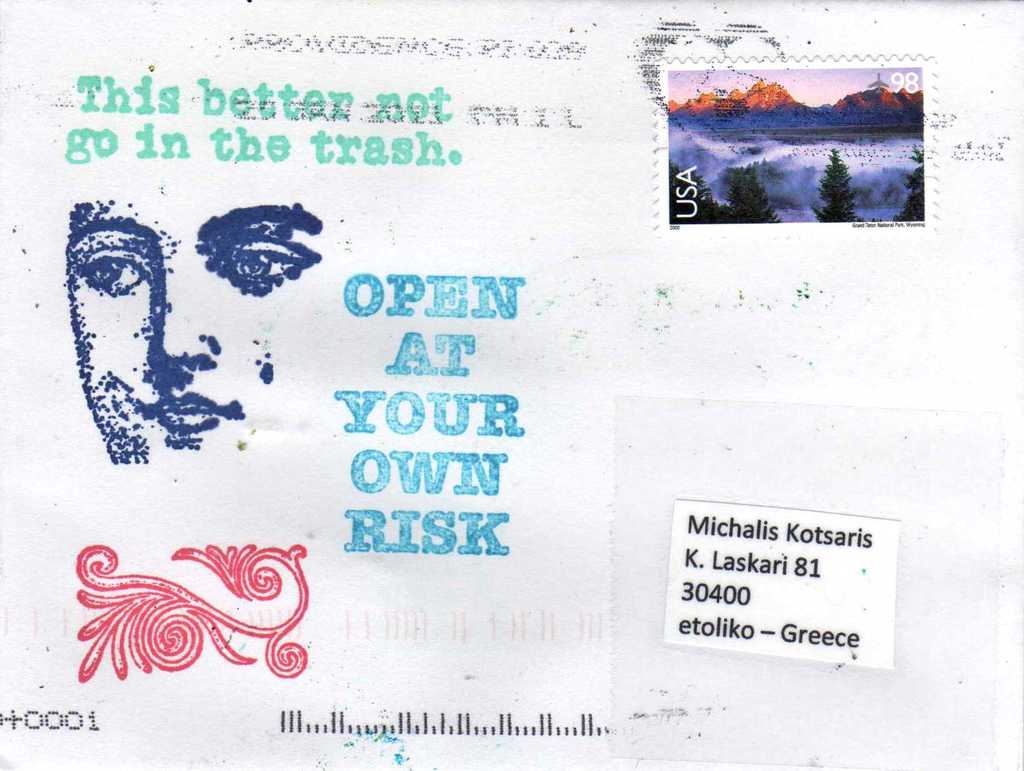 Blog Post for Evie Satijadi & Toni Antonius. Indonesia. The World is a Town

How fantastic to place a codex sticker for The World is a Town project on Indonesia. And it came in my favorite format - a boekie.  A small book made of beautiful paper - do you know that one of the tests of good paper is the sound it makes? This paper has a wonderful timbre. Within the stamped paper folds are tiny…

Ever seen a Book on the Run?

Its a heart wrenching  sight let me tell you.  When I wake on a strange Monday morning in  deletist Thought Police mode, all my books scramble for cover. They KNEW, just KNEW today was the day. Selected for recycling and make over is Bones of Contention. This book was over 10 months in the making believe it or not.  It began life as a treatise on bones used to support…

Received from Paula Smith- Collage of my works! Great. 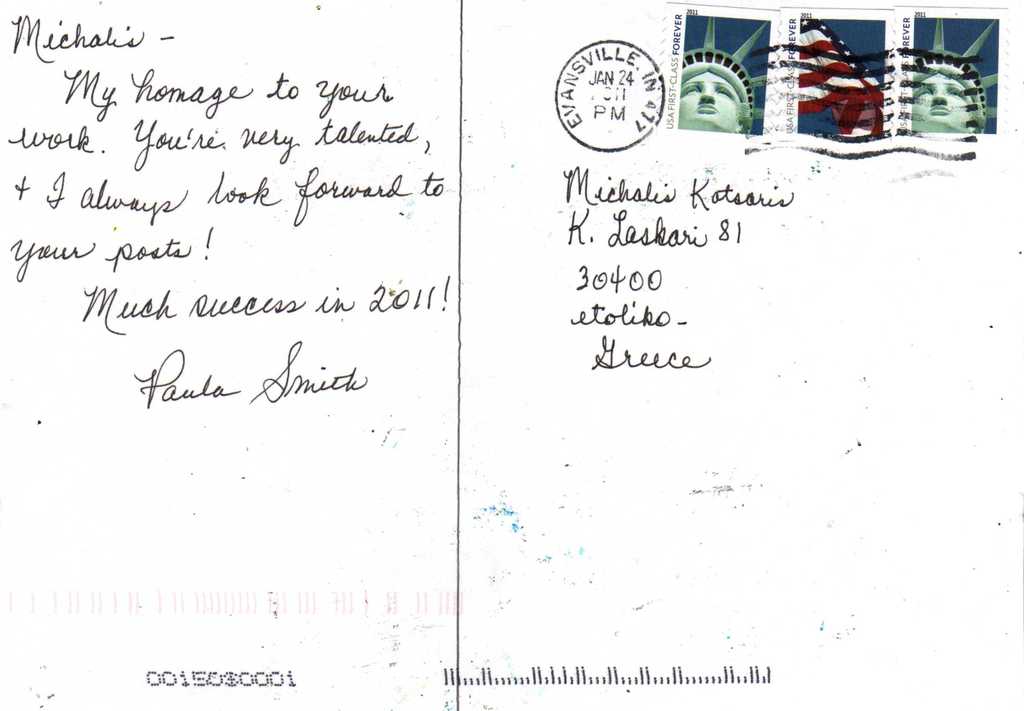 Here is the ATC I rec'd.  No return address so I have no idea who it is from. 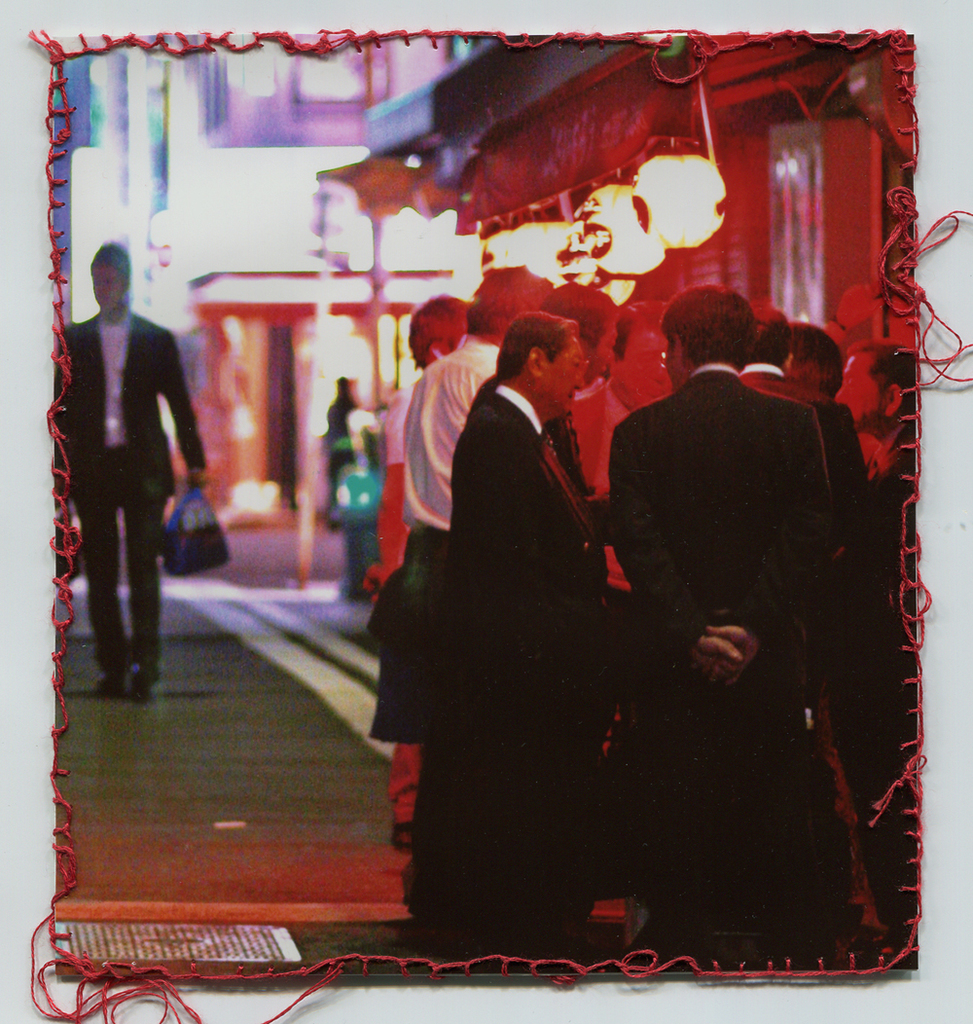 A great work by Hans Hess - Germany. So many people working together.... 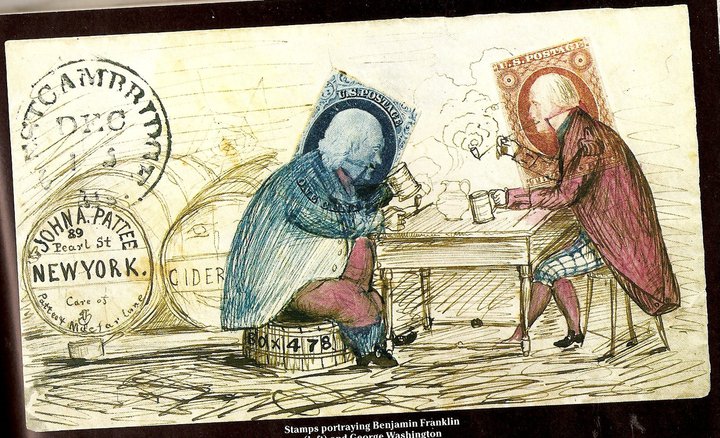 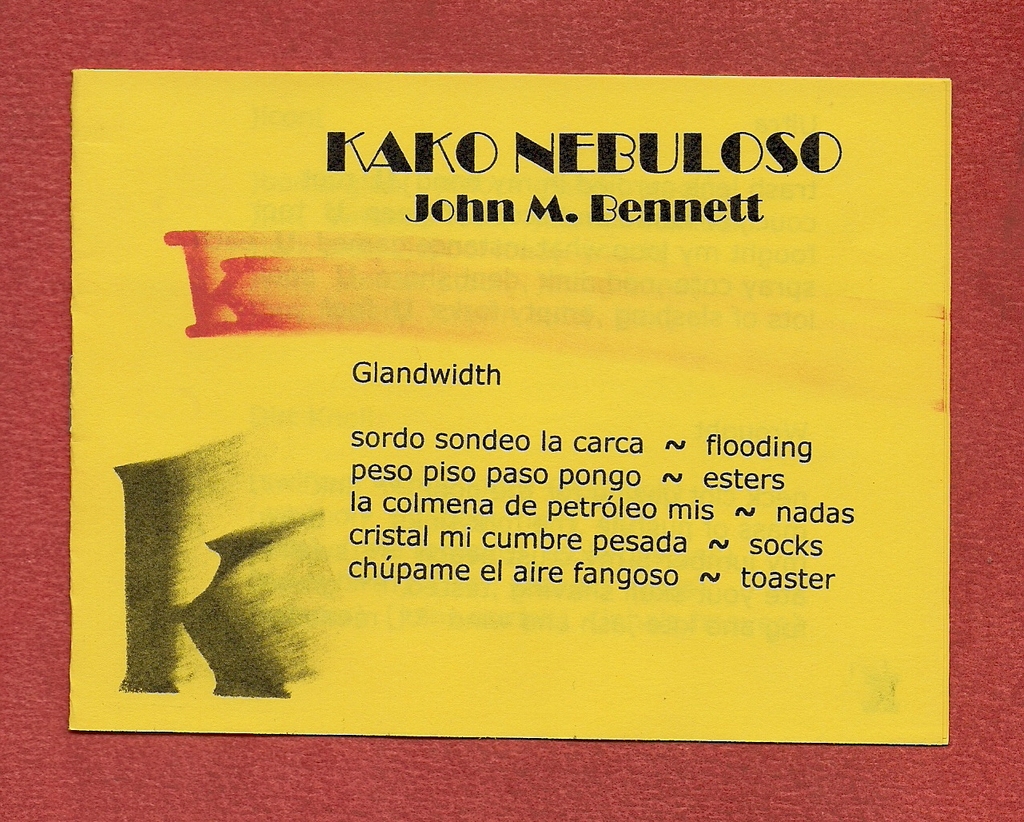 Chocolate in the mail!

Some of my favorite mail is chocolate! 5 Rand - A Call for Mailart, with restrictions This is my first call for mailart. Please let me know if you have suggestions for how to make it better!

Restrictions make things more interesting. If you give a class an assignment to "write anything you want," most of them will be stymied. Tell them to write the story of their worst day ever, and pens will start scratching immediately. Beautiful tape transfer from Jon.  It all melts together into kind of a Merz piece.  Just wonderful Jon.  Keep running. 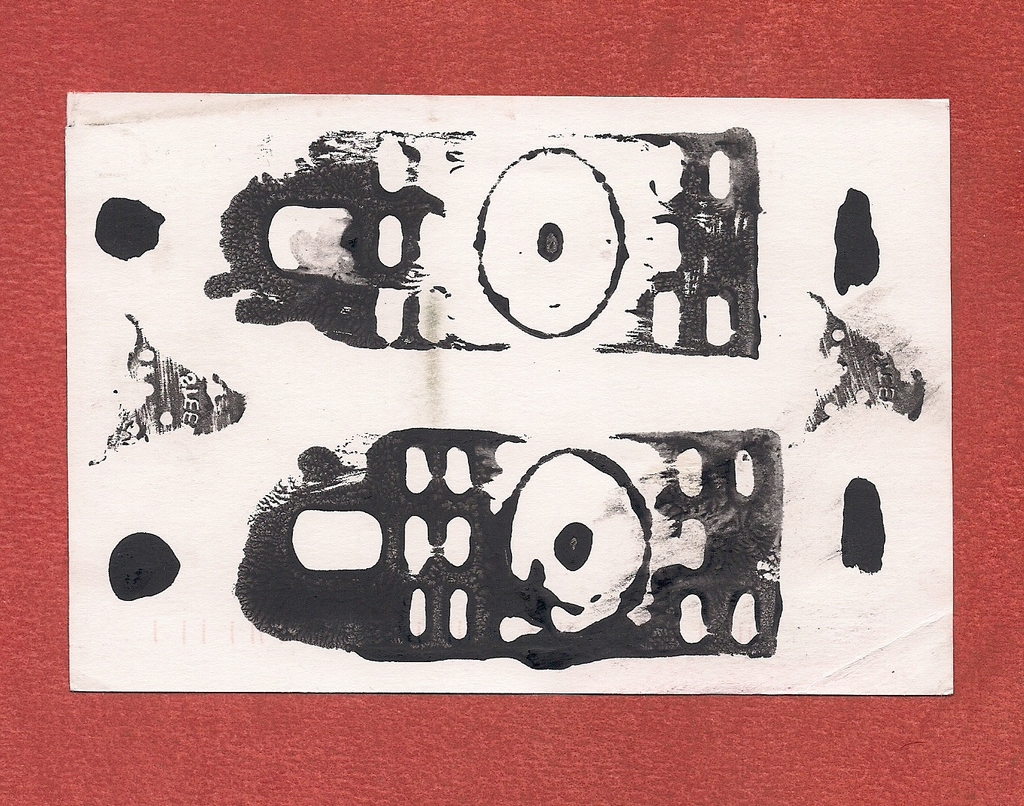 January 28, 2011 - To start the second round of our mail-art exchange, Matthew Stolte sent me this postcard-size piece of visual poetry. The use of the term…

Food so fresh - from RCBz 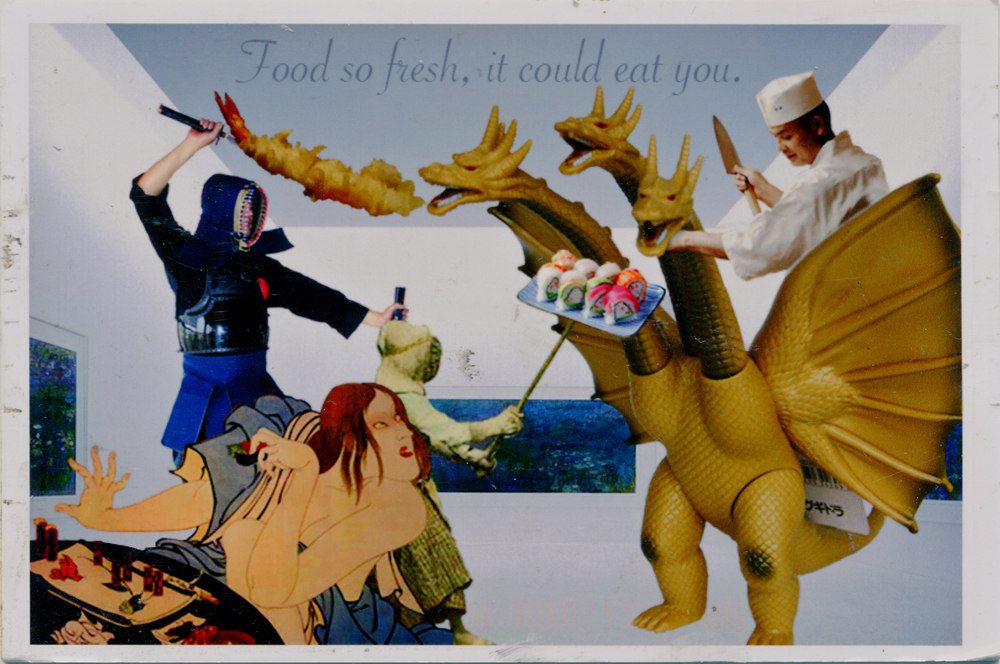 A crazy funny postcard from RCBz on the menu today. I have to confess, I like my sushi to be of the extreme freshness, but I never suspected that this could actually kill me. I'll take the warning, RCBz.
It is true that the japanese are somewhat obsessed with the freshness and aesthetic perfection of their food. But whatever the (deeper) meaning of this card might… 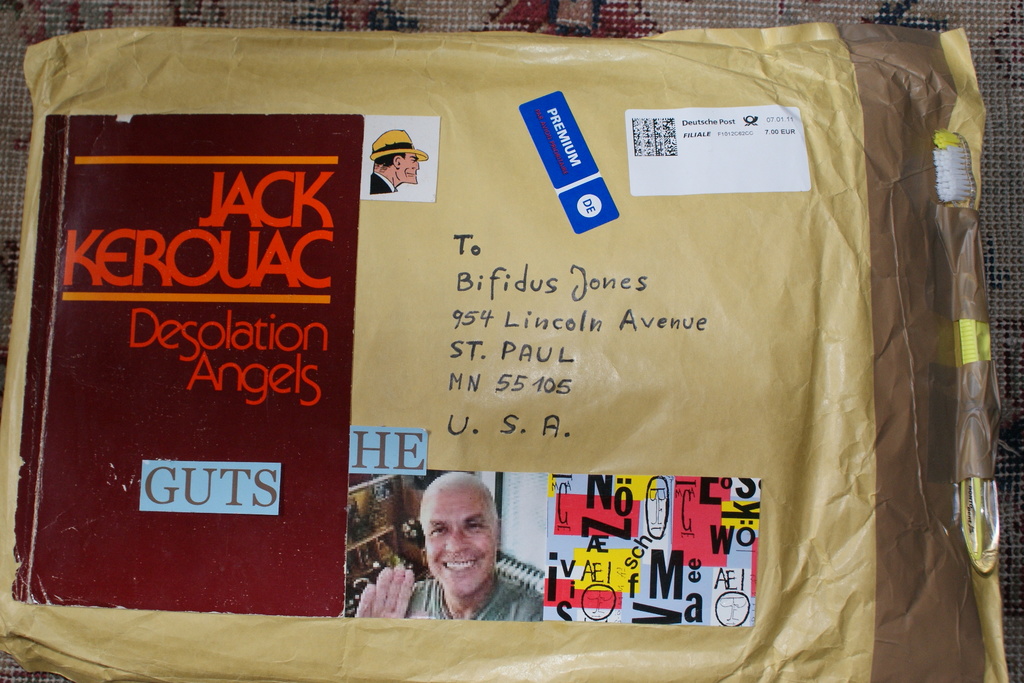 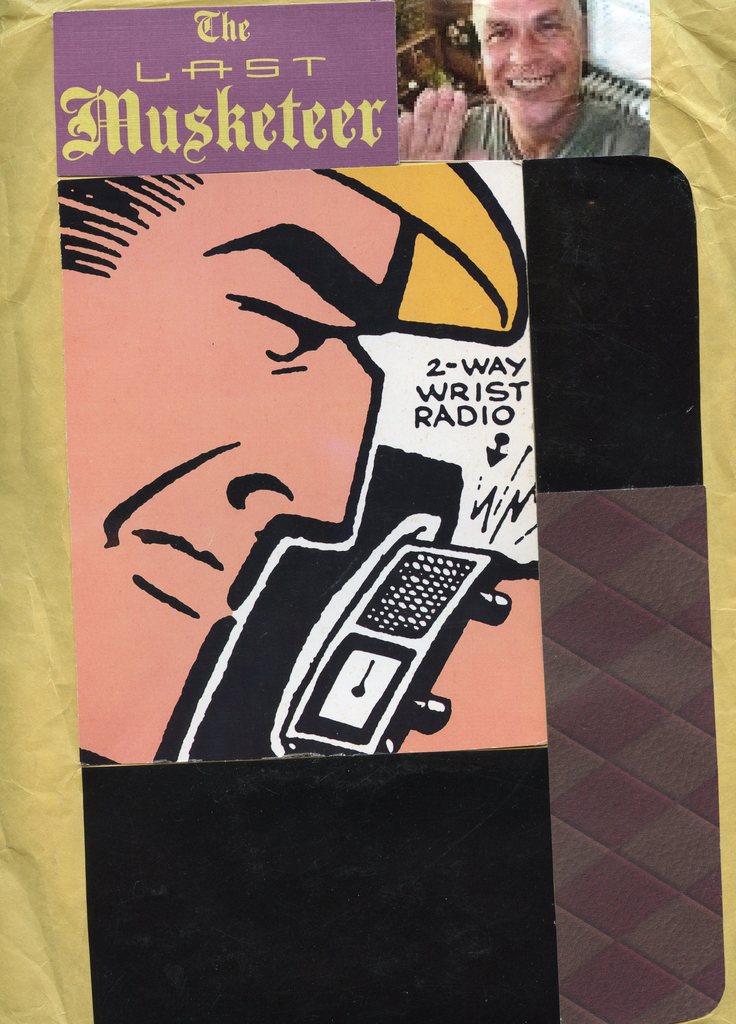 When a package shows up with Erni waving, the cover of Beat Generation author Jack Kerouac's book, and a tooth brush taped to one side,  you know that package is going to contain some old school rock star stuff.… I've never really done much with stamps in any of my projects, but I think I need to start now. I made a really cheap silent auction bid at a local consignment store, and actually won it. Pretty excited! Thought you guys would like to see the haul.