The Boekie, The Dirigible and the Sloth I've got a ton o' stuff to blog and I will get to everyone but here's some recent acquisitions...sort of recent. Ana Karina from Florida sent me a collection of things in this envelope. 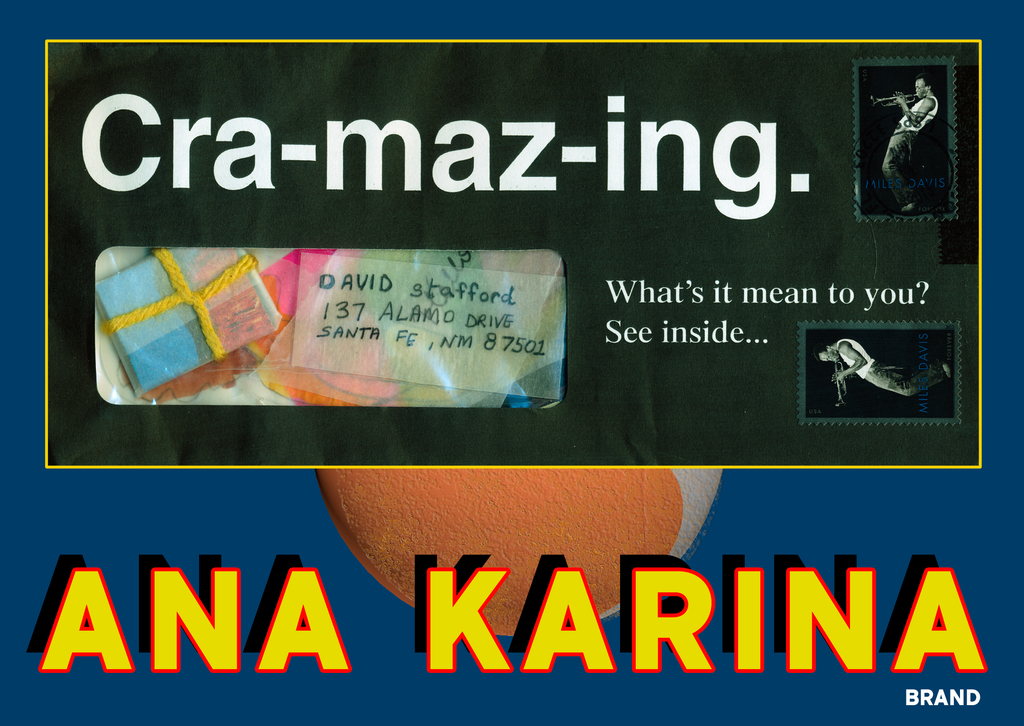 Love that ATC. The words over her forehead, "Follow Me." Truly cra-mazing. And congratulations Ana on your move to Geico. Please keep me abreast of all further developments in this arena.

The tiny boekie wrapped in translucent paper, tied with a golden string.... I'm not sure which dream Ana is referring to here. The one with the Nuns from Tallahassee or the one with the Guns from Navarone?  But I love the sentiment. Here's to a big ol' dream gathering of the IOUMA tribes. (Raises glass filled with acetone). 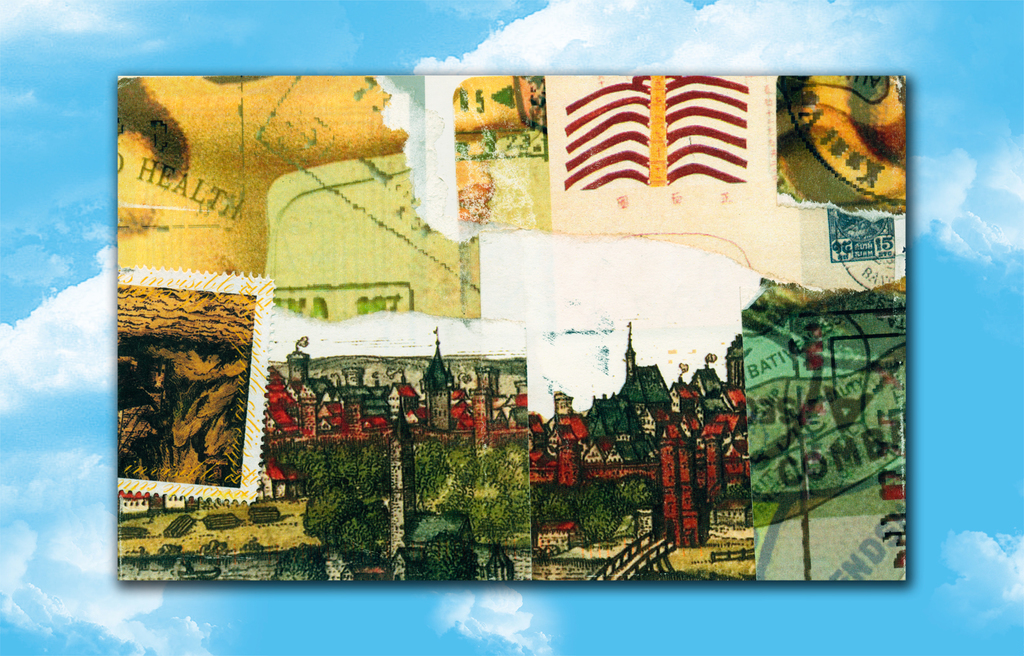 Jay Block sent me this card with the cool color palette. Upon opening one finds: 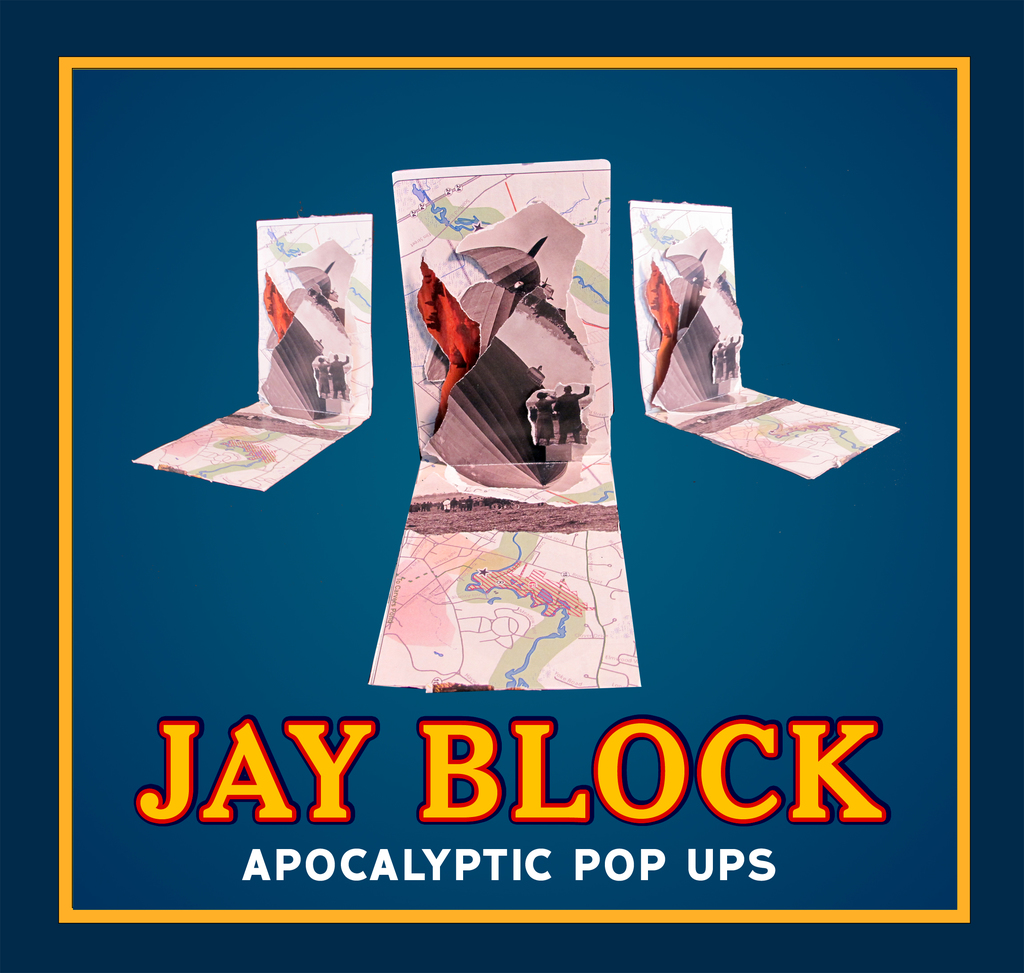 A Surrealistic Pop-up book about a Dirigible Disaster. I thought this had potential as a series, possibly featured in ToysRus's around the country. We'll make millions, Jay. All of this really happened in Vinalhaven, Maine. In 1957 a Goodyear Blimp was sailing to Bangor when a sprue burst a fosclet and the thing slowly sank into Carver's Pond.

And now for our special guest....

The DIane Keys Family Players are a group of wondering minstrels that crank out works of art as they travel from pillar to post. This lovely sloth was created entirely from a box of Kellogg's Post Crusties. Because of religious restrictions they are not allowed to use glue under any circumstances hence the staples. Here's a close up of the back to show you want I mean. That was a close up of the back. The DKFP have a saying, "I'd rather staple a maple than glue a shoe." It meant something at one time. Finally, because of persecution the Diane Keys Family Players are going off the grid. However this does not mean they won't need a form of currency. Hence the .... One sloth is roughly equivalent to 55 Zlotys. The sloths are printed on cardboard. I know what you're thinking: more religious restrictions...but no, not so much. Actually it's because they want to get back to the Cardboard Standard when you knew behind every coin was a big ol' ton of cardboard backing it up. This is what our four fathers intended.

Thank you Diane Keys Family Players. Some day I hope to join you in a game of Count the Sponges.

Thanks, David, and don't forget to send me that advance copy of your new book, "Making Alzheimers work for you."

Thanks, Vizma. BTW, I need to send you an advance copy of my new book, "Making Alzheimer's Work for You!"

"Here's a close-up of the back.

That was a close-up of the back."

You ARE an absurd genius, David! What a beaut blog!!

Okay, I'll be getting right on that!

You must be that absurd genius I've heard so much about! Bravo!

Ana, you are stretching the boundaries of mail art...

thanks for blogging, David. Couple of things: I was trying to convince you to switch to geico (i don't know if you have a car, but it doesn't matter, you'll save $513); and the nuns in Tallahassee yes.