One of Ruud's delightful and famous painted envelopes arrived Saturday filled with treasures! A note with stickers 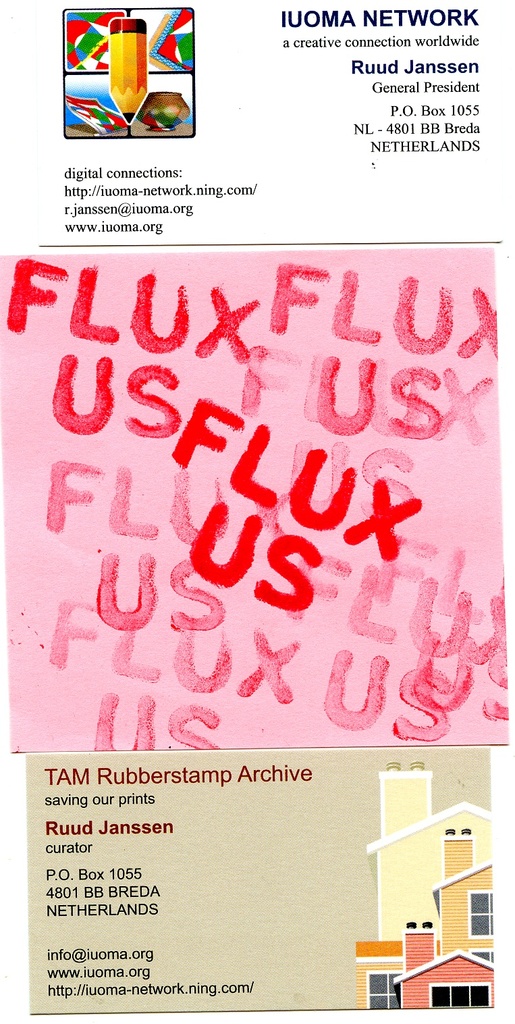 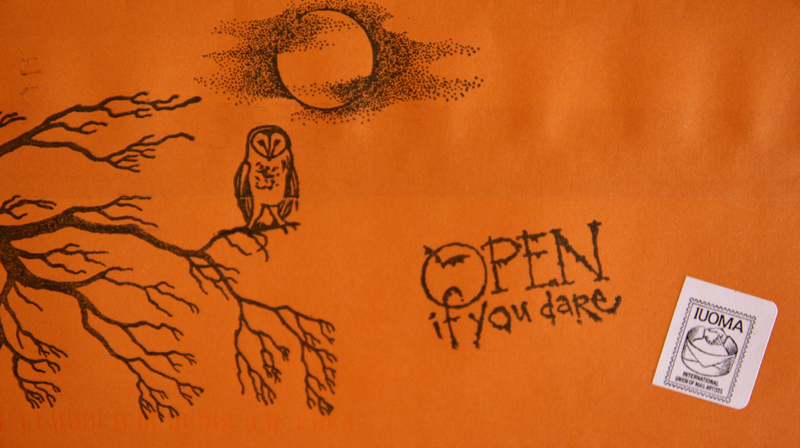 I dared and I opened :-)) Totally worth it. Thom's Halloween envelope contained a great poem full of tricks and sweets.

On October 6th 2011 Fred Wilder under went emergency brain surgery. Fred has undergone three surgeries so far. On the 6th a large tumor was removed from his brain and it was discovered to be cancerous. Over the coarse of the next few weeks Fred will undergo both Chemotherapy and Radiation treatment to eradicate the remaining cancer cells in Fred's head. My apologies but it is not possible for me to reply to email in a timely manner at the moment. I am not ignoring you I am just very tired while… Continue

What an appropriate piece of mail art...and from the looks of the envelope, he was trying to chew his way out..hope the mail person wasn't nipped...I do not have "Fang" insurance...   :-) I received Theresa Williams wonderful Asemics pages! They look great and I love the pen theme!! Thanks a lot! Videogame is going to be the next medium to be considered an art form per se.

The “Insert Coin - Retrogaming 2011” exhibition, planned for the next December in our hometown Cosenza - southern Italy - features at the same time technological artefacts, modern, and more “traditional” works (paintings, installations and… 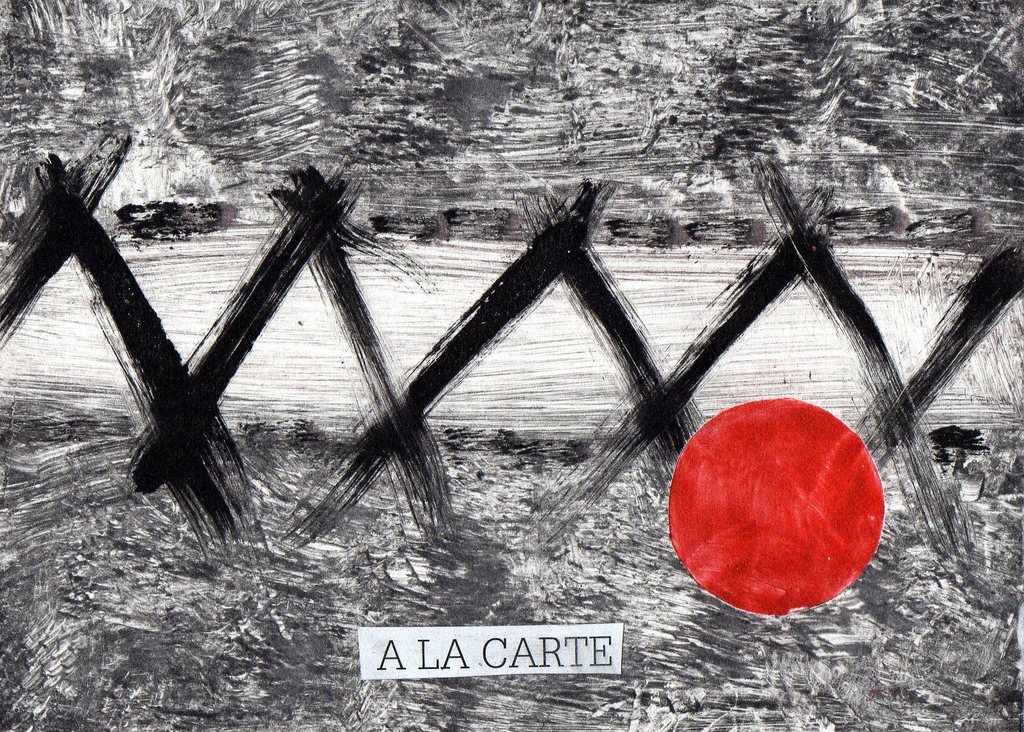 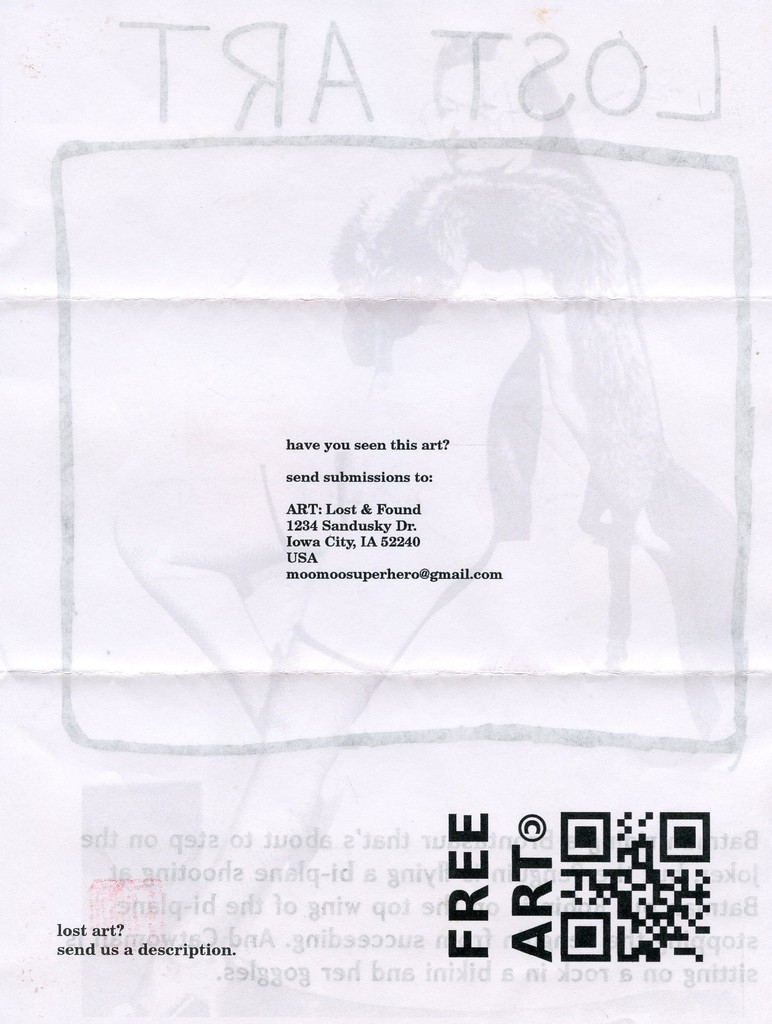 Send Submissions to Art: Lost and Found if you are so inclined... 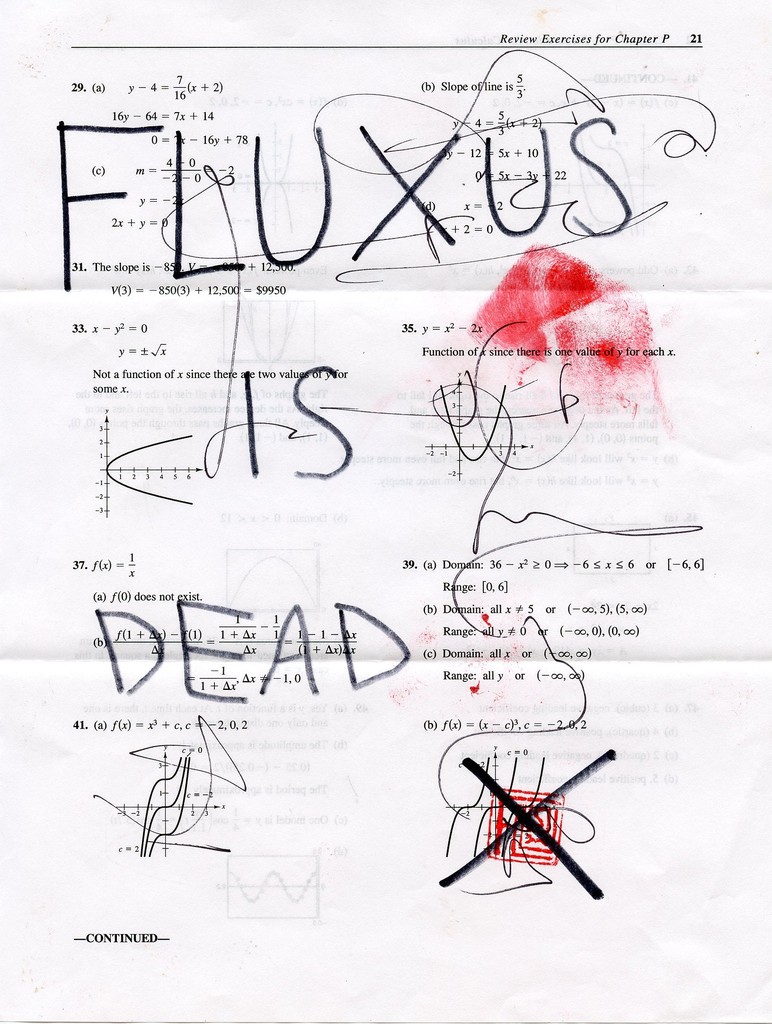 Wow Erni there is major Mail Art in this package.  I don't really know what to say.  All six senses are covered, and with film rights the seventh will be covered too.  This is surely several levels up from my cards.  I'll need to shift gears to even come close.  The timing is perfect, these are the last little touches for my Halloween dinners.

This work of art deserves to be seen in 12 glossy photos which I will shortly display.

Thank you very much Erni, and you really do…

New and old from RCBz It's been a very long time without a card from RCBz. My fault only, I am afraid, I haven't sent him anything for months. So this was a very pleasant surprise in my mailbox. I like his cards, he has such a distinctive and unique style, but every time I am blogging them I am in a bit of a trouble. Where do I start? What do I say? I feel that I don't understand… The title could be interpreted in multiple ways, like probably many of Guido's art envelopes. The man is astoundingly prolific, and that his verbal interpretive mind is right up there, always on the case along with the painter, makes everything I've received from him not only visually interesting and often beautiful (like this… Wonderful collage from Samuel.  Thank you! "Invasion of the Painted Woman" by Mim.  Very cool!  Thank you!