Having Fun with Donald Chump (Trump)!

Sent this to Angelica Paez Mail Art Call - Give Donald Chump New Hair! It's still ongoing if you want to submit a piece, contact Angelica here at IUOMA. Is it Art or Sex? (And is there a difference?) Here are some close ups of it (the Great Big Collage, that is, not, certainly not, the sex): Another Lady in White; This one is wondering 'What… 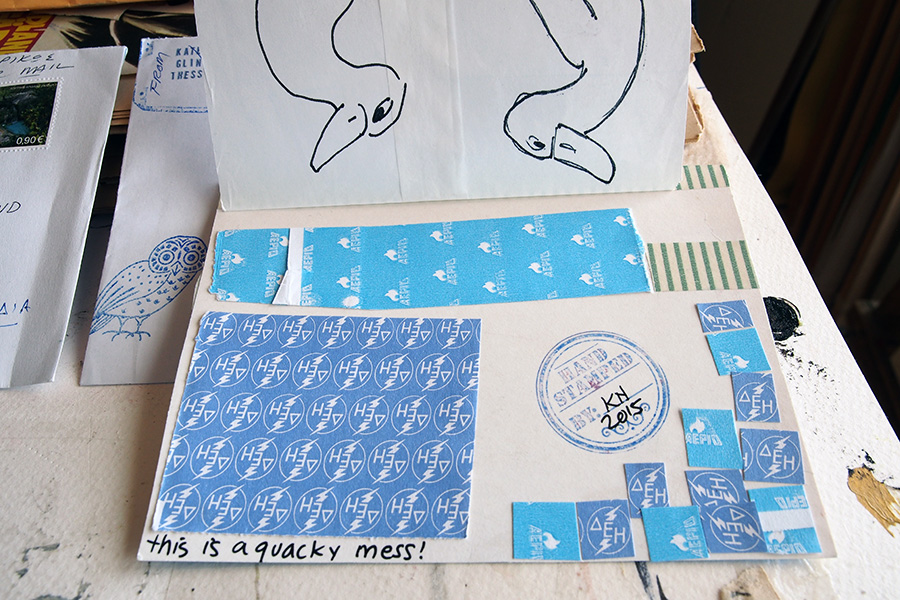 Quacky mess is a wonderful reply on my latest mail to Katerina. Love these double agents. 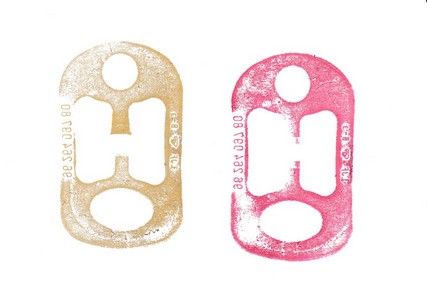 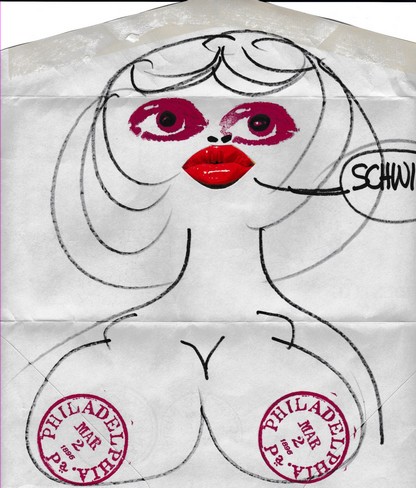 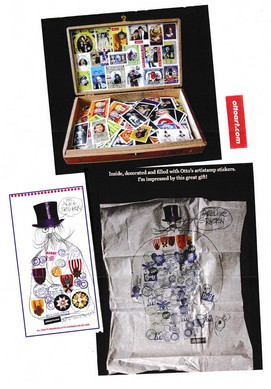 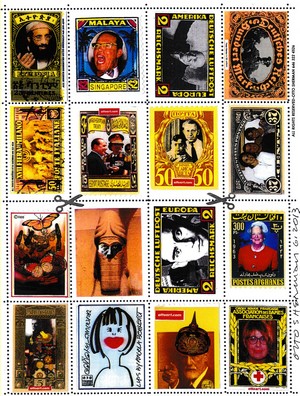 Dean and I met up in Mokum to make Mail Art together. New blog here ->

Save the Sinking Boat? from Lorella just in time to save the sinking boat?I'll set it up-right on its way,… 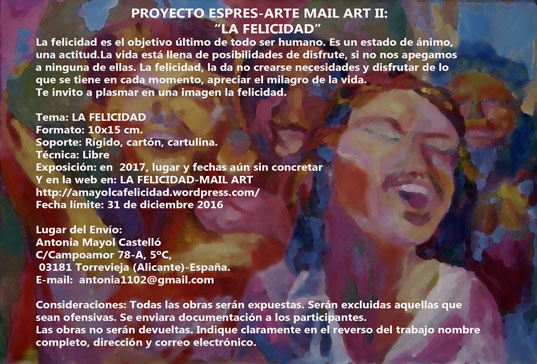 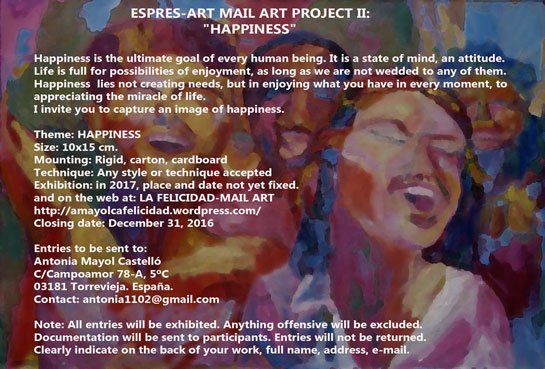 August 23, 2015 - The Tacky Little Pamphlet (TLP), a mail art staple, is an ideal vehicle for asemic writing projects. Certainly prize examples can be… The Republic of Whimsy strikes again!… 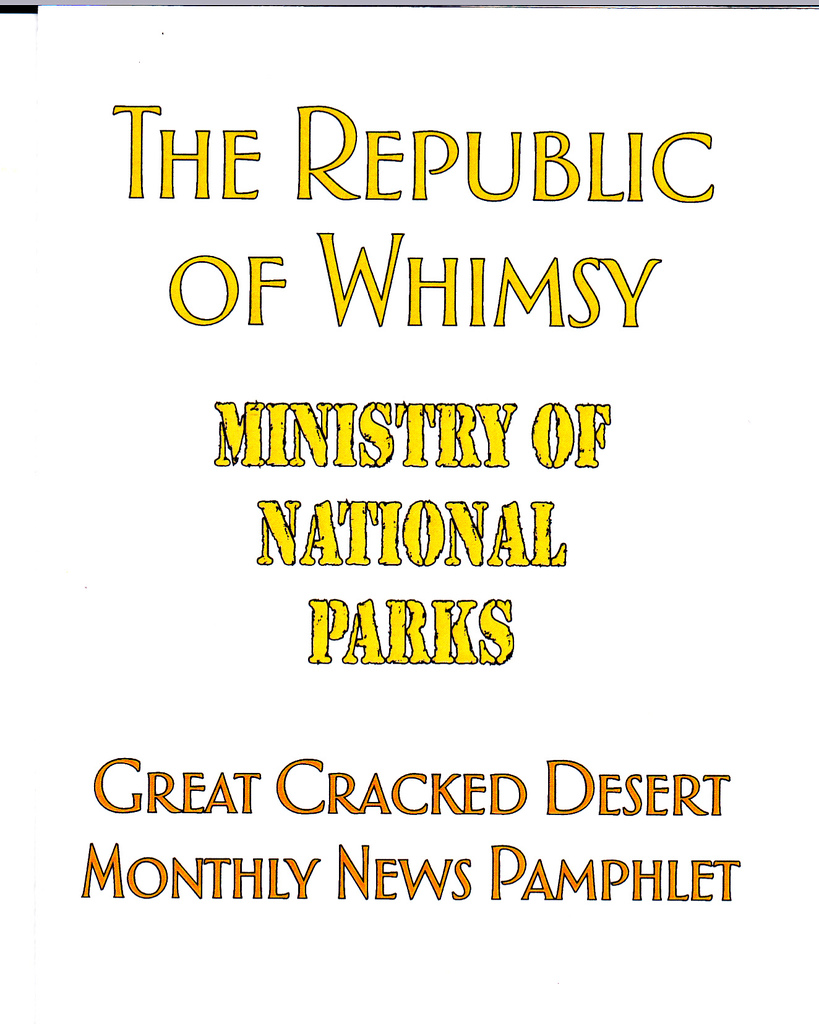 Another ATC - Thank you, CZ! 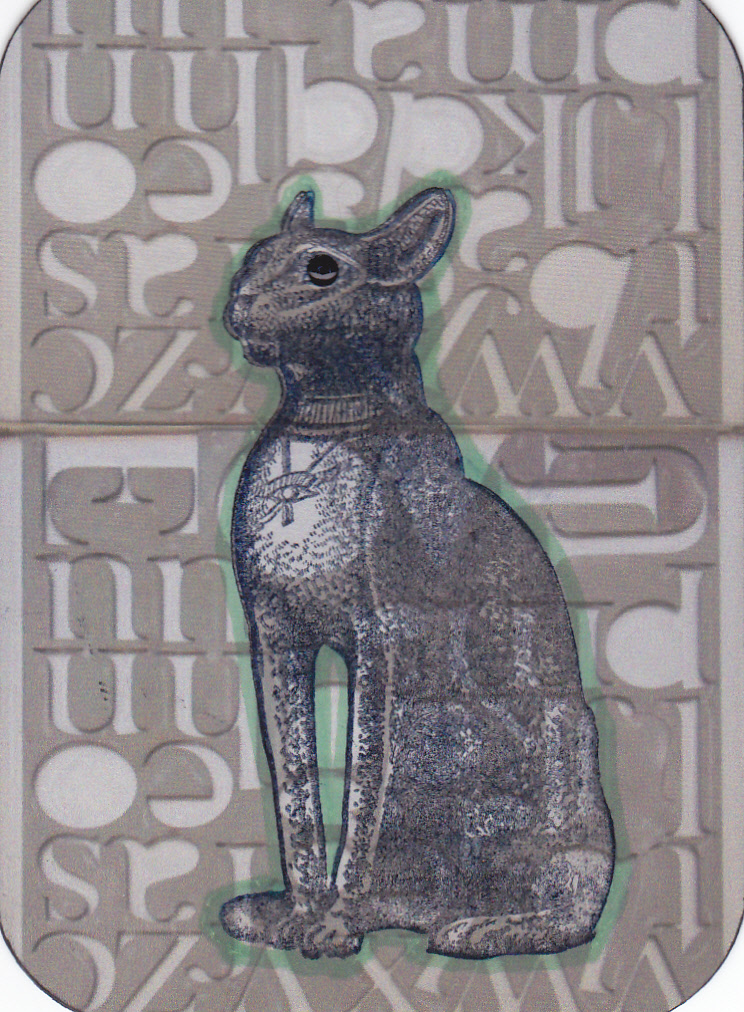 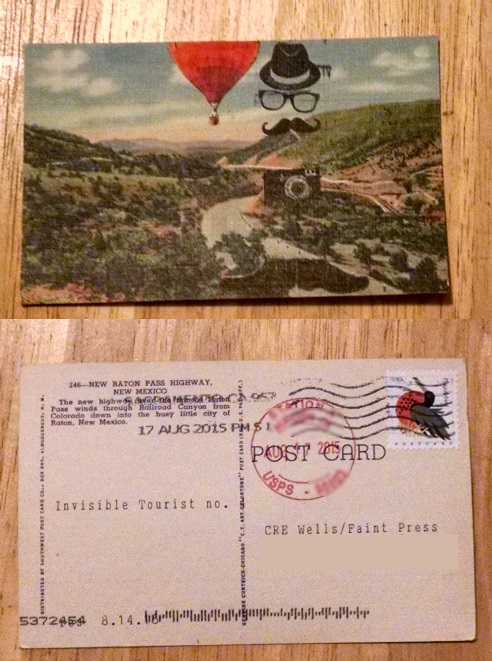 I just got this in the mail today. No return address, no note. I am a pretty smart guy, so I did some detective work and believe it's from res. A humorous and well-done altered postcard. A nice surprise, and really cool! 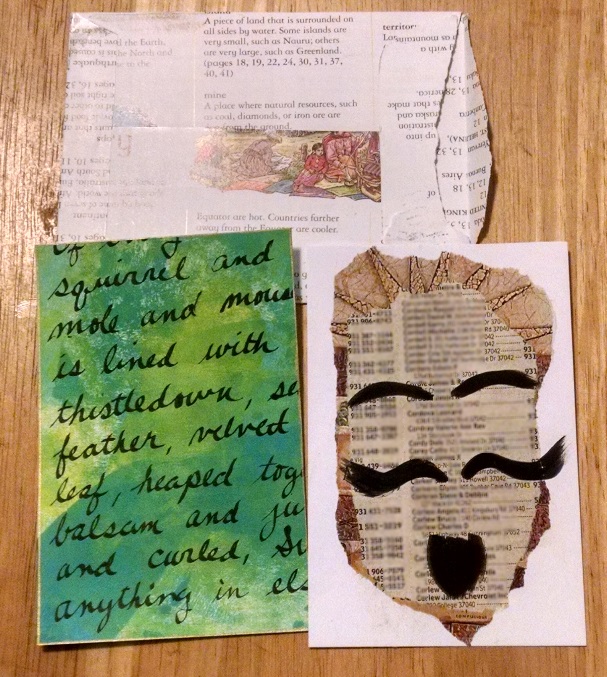 My first visit to my new P.O. box was not a disappointment, as I received this surprising piece of mail from Tammy Riggins. I remember commenting on her photo that the poem against the green background was beautiful--and she sent me a piece of it! I thought this was especially thoughtful. The face collage is simple and interesting, and the handmade envelope was… 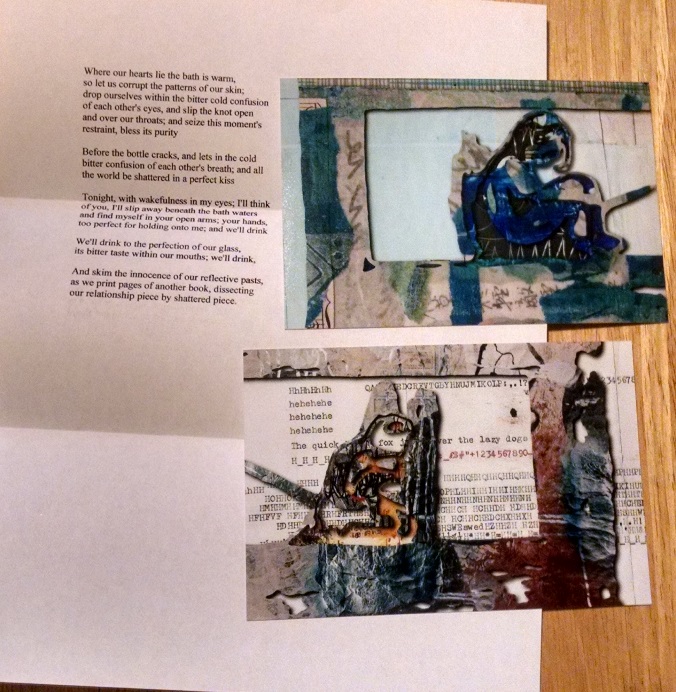 This is the second envelope of art I have received from Moan Lisa/Maria Morisot. "Haunting" is the best word I can use to describe the work I receive from this artist. It is also extremely original. This took a while to get here, but when I got it, it arrived in wonderful condition, thankfully. The envelope is handmade from some braille paper, border patterns, and paint. The card in the lower-right was inside the envelope. This is really beautiful stuff--both the envelope and the piece that was inside it are… 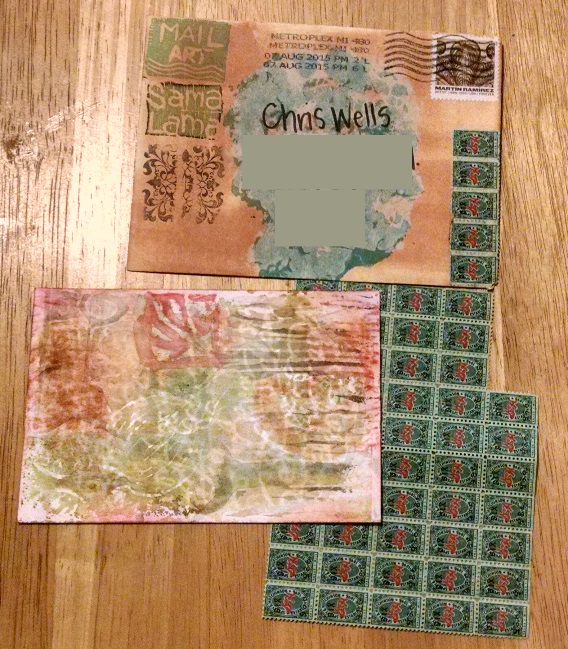 I got this collection of things from Samantha Althoff earlier this week. I love it all. The prints using dye-based inks are cool (at least that's what I think it is), the envelope is decorated with stamps of various types, and she also included a bunch of S&H…

Sarah Waldron: Something from outter Space Actually it came from Sarah Waldron in the UK.  At first glance it has that Star Wars / Trek feel to it.  However when you start getting into the details, I am drawn into it.  Right now it sits on my desk and I turn it from side to side every once in a while.  Yes I know that Sarah wants me to look at it this way, however it works well from which ever way you look at…