The Place where there is no specific theme. A real social group for you......

Who will accept Add and Pass mail art and send it on?

I love Short Movie and very short movie and you ?????

Music and the process of creation

What does Art want?

What do [men and] women want?

You need to be a member of Mail-Art Cafe to add comments! Dear Tulio
The Komboloi originally originates from India or China (Mala); from there it arrived into the Arab world, where it became in the Islam the prayer small chain (Tasbih), with which each of the 99 beads for one of the names Allahs is located. The holy Dominikus inserted it into the Christian world, from which the Rosenkranz developed later; Pope Gregor XIII. 1573 introduced the celebration of the Rosenkranzes on first Sunday in October. Bernstein-KettchenDie Greeks probably took over the Komboloi from the Arab area of the Turks. Contrary to the Islamic prayer small chains it has no religious meaning with the Greeks however more.

Comment by Tulio Restrepo on January 15, 2009 at 6:18pm
Dear Litsa... I love you...!!! thanks in advance for all this time that you has searching for helping me to understand this stuff... It seems to me a DADA terms... from Marcel Janko poetry... or similar dada euphoric verve iconic poetry...

I am working to contribute in your Fluxus Embassy... to left a visual poetry opinions beside your interesting Industrial Fluxus Images meditations...
Ciao...

Kombologion is also a subgenus of the gastropod mollusc genus Calliostoma

Purpose and origin
Komboloi worry beads resemble prayer beads, but, unlike them, bear no religious significance. They are merely an instrument of relaxation and stress management. In modern times komboloi is also used by people who want to limit smoking.

The origin of the Greek komboloi is debated. It may derive from the komboskini used by Orthodox monks or the Islamic Misbaha. Armenians also have their own worry beads which serve the same purpose as the komboloi and are also non-religious in nature.

Features
Greek komboloi with secular national or historic symbols accompanying them are often sold to tourists.Komboloi are constructed from any type of bead, although amber, amber resin (such as faturan) and coral are preferred, as they are thought to be more pleasant to handle than non-organic materials such as metal or minerals.

Greek komboloi generally have an odd number of beads (usually one more than a multiple of four, e.g. (4x4)+1, (5x4)+1, and so on) and usually have a "head" composed of a fixed bead (παπάς 'priest'), a shield (θυρεός) to separate the two threads and help the beads to flow freely, and a tassel (φούντα). Usually the length of a komboloi is approximately two palm widths.[1] A variation of the komboloi with an especially long string, often with only two beads, is known as begleri.

A rare komboloi made of Blue Amber.Komboloi can be handled in many different ways. The most common are a quiet method, for indoors, and a noisier method that is acceptable in public places. The most common quiet method is to start at one end of the thread or chain, near the shield, and to pull the thread forward using that hand's thumb and the side of the index finger until one of the beads is reached. Then the cord is tipped so that the bead falls and hits the shield. This is repeated until all the beads have been tipped and then the user starts over.

The second, louder, method is to divide the beads in to two groups. On one end is the shield and a small number of the beads. On the other end is the rest of the beads. Where the two threads are empty, that space is laid between the index and middle fingers. The hand should be in a position where the palm is facing the torso. Then the end behind the hand is swung up and forward so that it hits the other beads, making a noise. The threads are then switched back into the space between the index and middle fingers by holding the threads between the thumb and the side of the index finger. This is repeated rhythmically, creating a louder clicking noise than the quiet method. An easier and soothing method is to hold all of the kombolói in one hand and roll the beads against each other, creating soft clicking sounds.

A more modern version of these worry beads continues to gain increasing popularity. Sometimes called wigglers, these simple strings of beads can be used in a number of ways, including both one- and two-handed methods that involve rapidly wiggling the beads in various directions. Fans claim that wiggling the beads creates a rush of adrenaline, followed by a soothing, calm sensation.

From Wikipedia, the free encyclopedia
(Redirected from Worry beads)

Comment by Rani Solhaug on January 15, 2009 at 5:18pm
Drinking hot coffee as I type, which is most certainly needed today since it is a beautiful -18* below zero. It's so cold that schools have been closed today, no class! 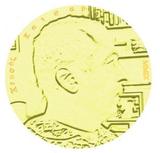