, “WHAT WOULD YOU PUT IN THE HAT OF JOSEPH BEUYS” "WHAT WOULD YOU PUT IN THE HAT OF JOSEPH BEUYS"

in collaboration with the Archives Ophen Virtual Art

"An idea for hat"

When asked why she always wears the hat? Beuys replied: "This is an attempt to bring the whole world of work is man himself as concept art. This means that at this moment I myself am the work of art. " This is a question that was often directed to Beuys. The German artist had a very personal concept of aesthetics, said: "The concept of beauty in the old sense no longer relevant. For me it develops more and more ... until you get to the point where aesthetics is the same man. The man himself is aesthetic. "The way he was presenting his aesthetic way to be, was the will to manifest in a visible foundation of his thought essential, that is, man. Consequently the clothing was almost a uniform and hat, in particular, had to remind himself and others to have a head: the head is made to think, to bring light, the light of thought that is in balance on the vertical axis, on the upright human being.

On the occasion of the 30 anniversary of the death of Joseph Beuys (Krefeld, May 12, 1921 - Dusseldorf, 23 January 1986), Space Ophen Virtual Art Gallery of Salerno and send invites to several contemporary artists a postcard 10x15 cm asking them to intervene with any technique, inserting in the respective box free postcard everything considered useful to add to complete the work and return it in a sealed envelope to:

The works received will be submitted by April 23, 2016 al 27 August 2016 at the gallery Interactive 2.0, "Space Ophen Virtual Art Gallery" of Salerno.

Gallery 2.0 organize a group exhibition international event as international, with the related press release, the critical text, the digital catalog and the communication of the exhibition to the most important art magazines, newspapers and websites of contemporary art. The exhibition will then be archived and can be visited permanently in space "exhibitions held" virtual interactive gallery of Salerno.

(After the deadline, "WHAT WOULD YOU PUT IN THE HAT OF JOSEPH BEUYS"

RSVP for , “WHAT WOULD YOU PUT IN THE HAT OF JOSEPH BEUYS” to add comments!

” WHAT WOULD YOU PUT IN THE AT OF JOSEPH BEUYS? ” 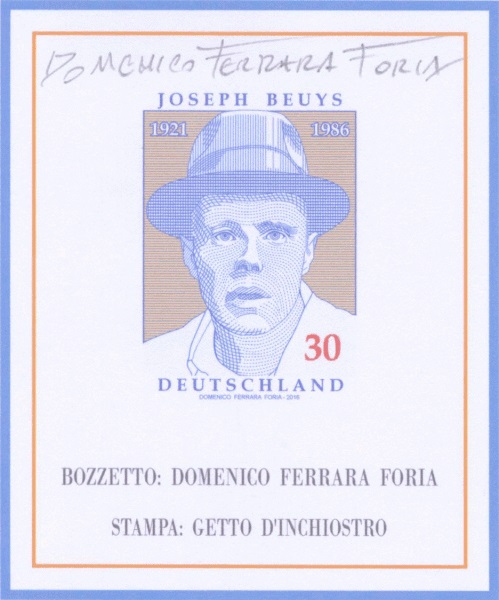 Hi, can you send us a postcard??

Send a postcard, Giovanni, i shall add and return it:

I will send a card.