Here's another one,  folks, based on cartoon comic magazines: 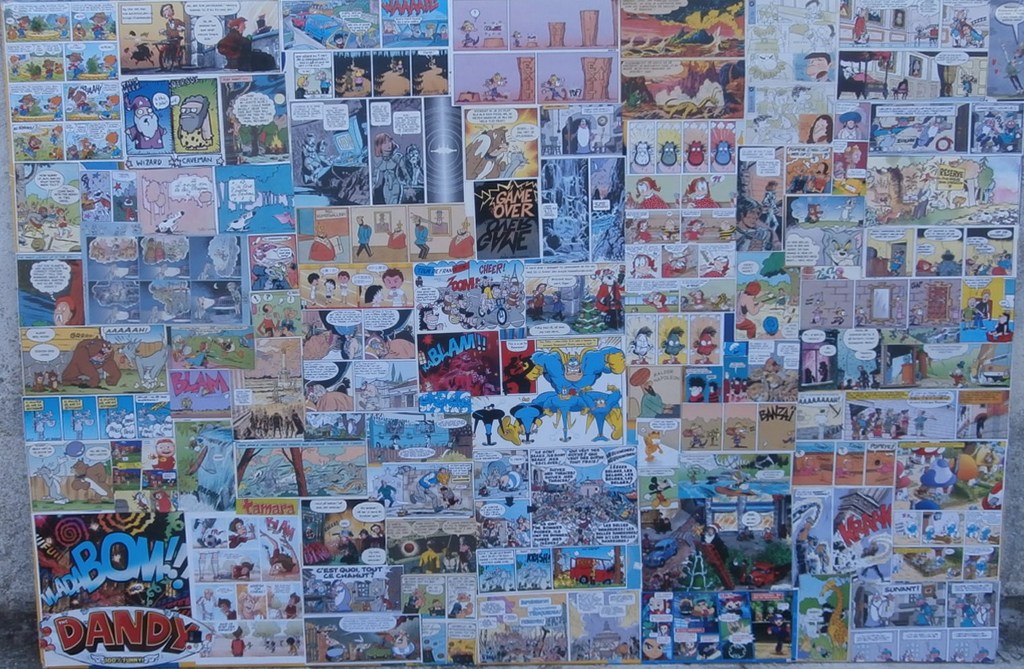 The magazines I used came from Britain, the US, France, the Netherlands, Spain, Germany, Denmark, Sweden, China and Norway.

Why is it called "VLADABOM!!! DANDY 100% FUNNY", Fanny? Well, leaving aside the fact that anything of mine could be less than 100%, the title can be found in the bottom left hand corner: 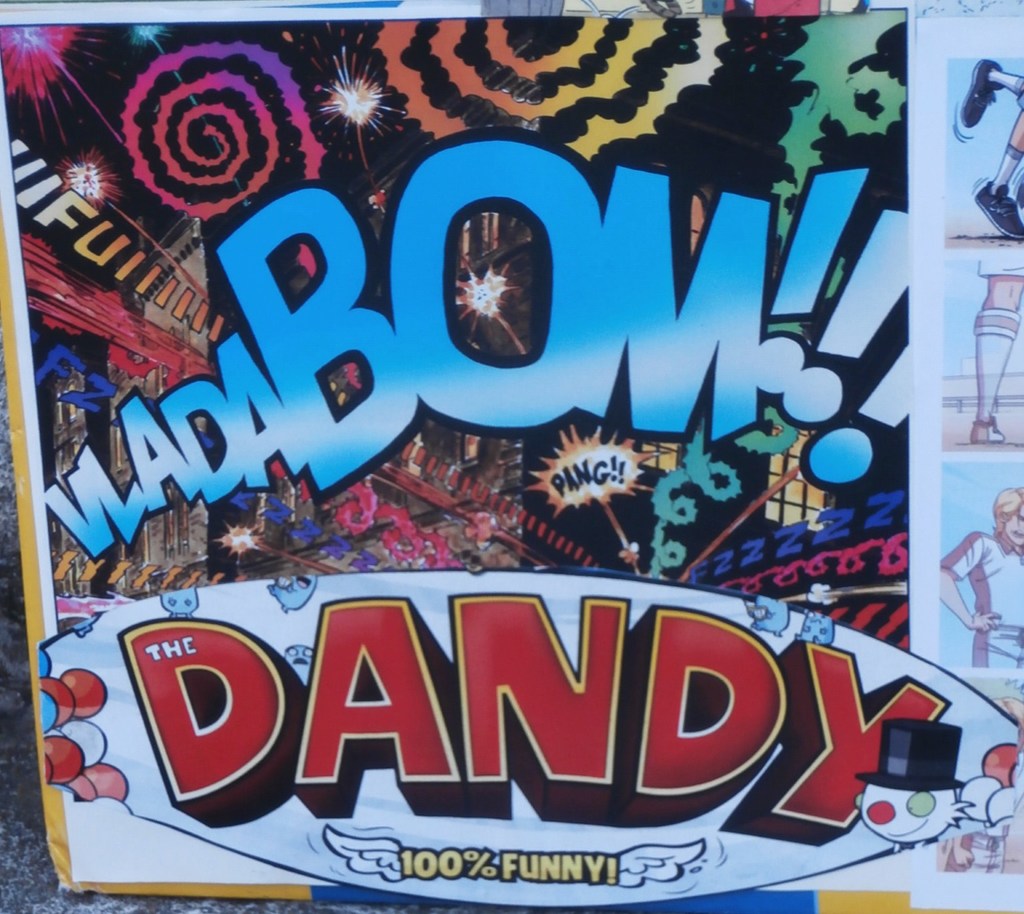 OK, Dean's disguise was not very good, Gene, but we spotted you.

There's an awful lot going on in this collage....too much in fact to comment on, Jon. But you might like to weave your own story around some of the images: And that's it for now.

PS I have just gotten 12 more Great Big Collage boards, so the series continues for the time being. Next? Cars and/or bikes, Mike.

Copyright: Boots who helped by sleeping on the GBC board.

and purchase them "whole", Val!

For they are really HUGE to be sent in-the-mail

...and surely there would be customs taxes for works-of-art by VMH.

Soooooo, we shall enjoy viewing these here on-the-blog !

Bonjour! I get the boards from chemists/pharmacists. They are promotional window displays. Most of the ones used in this series are 130 x 90 cms. They disintegrate when cut up, and so must be used in their entirety. Even if they could be cut up, I wouldn't do so, as the integrity of the whole work is important -- and each of ther small, mail-able bits would be just that, small bits. The next two will be along the theme of '2 wheels good, 4 wheels bad', featuring, seperately and respectively, bikes and cars.

Back to the Animals on the Farm now, George

Wow...where do you find these huge boards for the collages, Val? They are BIIIGGGG!

This is a great fun one, and you should, after the "Big Collage" exhibit, think about

Does the board fit in the mail box opening or will you fold or cut it before you (might) send it? ;-)