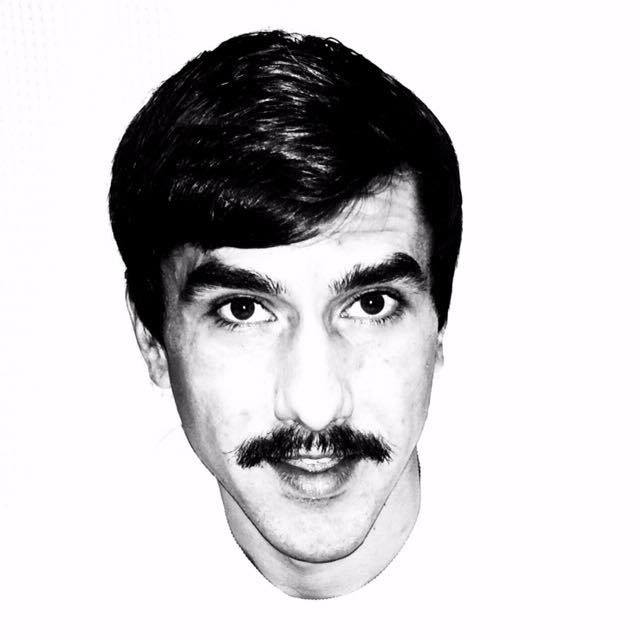 I guess I met Tucker in or around Recreations Billiard some seven or eight years ago. At the time my friends and I were watching a lot of football there. He was running the door and about to start dating his future wife who was a bartender at the same location. This was before he bought The Garage, of course. Honestly, I’m not sure if all this is true, but I’m writing the story as I think things happened.

On a whim I started making songs under the name Nostrils. No one was at all amused or even entertained by these songs except for Tucker. For some reason he liked them, or at least he said he did. All the songs were about food or hating this or that, real deep stuff. Since Tucker was my only fan (or at least the only person willing to admit it) I decided to make a few songs about him. First off I made sure to ask his wife if this would be ok, and then I immediately ask for things to make fun of him about. The whole six songs lasted maybe seven or eight minutes and focused almost entirely on his interest in soccer and his height. He laughed, so it was a success.

By the time Tucker started posting his daily Movember (a campaign to raise money for men’s health) pictures last fall, I was deeply into mail-art. Every year that goes by I seem to take on more mail-art related tasks. At the time I was especially interested in hand making books. I’d take a children’s board book and then pile tons of paper and tape and paint on the sturdy pages, and then “viola,” a new thing. Some of these I would mail off for collaborations and others I’d create alone. Since Tucker was my biggest fan, why not do a book of collages around each one of the images he posted daily for the campaign. So I did this, I then scanned them and posted them online. This was really the impetus for the Fan Club.

One picture in particular stuck out to me, it was simple, just a floating Tucker head on a simple background, and a nice well-established mustache firmly on the upper lip. This was my favorite picture by far, one worthy of art making. I ordered stickers of this image and then started to distribute them to anyone who was interested, and then I got in touch with a lot of my mail-art friends who wanted to create some collages.

Seeing an opportunity I went to work on spreading Tucker’s visage throughout the mail-art network. At first I was asking friends who I’d sent to for years if they were interested. Some would say yes so I’d add them to my list. I initially made small packets of different sized printed Tucker heads that I created at work. In those packets I put a little description of the project and a sticker or two, pretty simple. My last information was they had to send them back to me.

In no time the Tucker themed mail-art started to show up. At first I was simply posting the responses on my own Facebook page and then through the International Union of Mail-Artists Page. As more and more people asked for starter packets I realized I had something on my hands that could grow and grow and grow. It only made sense to organize all of the artwork I was receiving on one Facebook page. I decided to call it the Tucker Fan Club. My main goal was to give the impression that there were people all over the world who were working for the Fan Club although it was just me. Dealing directly with people who knew Tucker or mail-artists who might be interested meant that I was filling a lot of orders for packets and for stickers. I had to make a second round of stickers within weeks of starting the online Fan Club.

All the best of success, Jon! May the tucker project never cease...

Thank you guys for taking a look!

Thanks for telling us the story and for the Blogspot posting--next best thing to being there!

Thanks for sharing, I wonder what you and Tucker will come up with next.