Some recent arrivals. First, just two of the jam-packed envelope of Diane Keys trasheratory. (Diane don't come round much here anymore so I can say pretty much anything I want about her.)  On the left is her artistic challenge by way of the Oats and Dairy Council. On the right, my entry. I broke most of the rules so I probably won't get my Tweets distributed nationally. Also in her package of carefully handpicked pieces of detritus was this poignant picture of Donnie Smythe, age 8. This was apparently ripped from the still magnetable door of an ancient avocado Keysinaire, you know, the one with the shaved ice dispenser. By the time you read this, Diane, I will be far, far away. Actually, I'm already far far away so forget I ever said that. Moan Lisa sent me this cache of his latest creations which I wish you could have seen with the mottled September light swaying back and forth over it. It was mesmerizing. As a still picture its just Sanfordizing. This latest line of work reminds me so much of layers and layers of subway posters with their built-up textures and spontaneous meanings. Thank you, Moan. 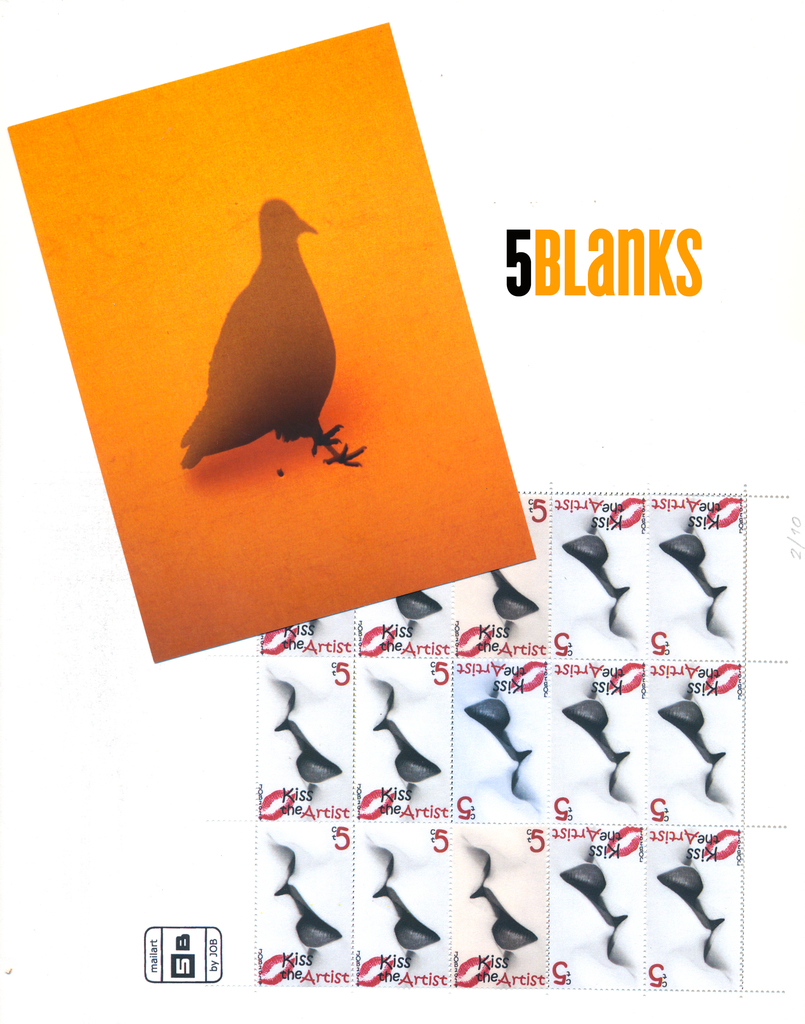 Job of 5blanks sent me these artist stamps and a carrier pigeon who is either going from 3D to 2D or vice versa. The turd looks to be a thumbtack hole which strikes me as a neat visual joke. The stamp is another sort of Escherian trick with the lips moving about as your eye tries to nail them down. Reversing them on the page further confuses the eye until the lips become a sort of sensual sinkhole, a dark gap in the flesh. Thank you, JOB. 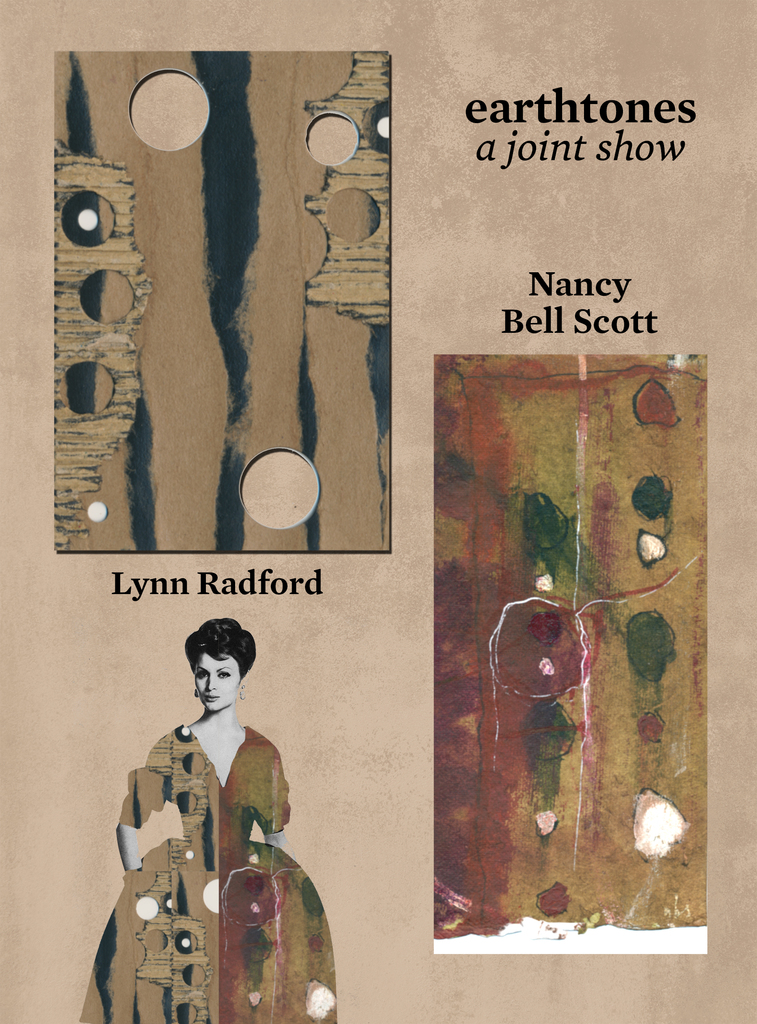 Lynn Radford and Nancy Bell Scott sent me these pieces and it struck me how similar they were in feel and palette. So here they are in a joint show and dress. The dress looks like a costume idea for La Cenerentola. Though it may be hard to tell in this jpg, Lynn's piece is holy, shot through in fact. Lynn, how did you make those perfectly round holes?

I was not a correspondent with Guido Vermeulen but his presence here and in the mail art community on facebook was like a river of creativity. I'm sorry our mail never crossed paths.

Great blog--love what you did with your educational art challenge--awesome work. this will inspire many to enjoy oats who might not otherwise have.  I fell in love with those when i saw them and took a stack. I used to LOVE thos painting books that had the paint dots in them and all you did was use a wet paintbrush to  paint it. these took it a step further

Thanks for bringing my attention to the blog post, David! I definitely would have missed it, otherwise!

Love what transpired here! So much going on! :D

Lynn has got "the punch", David, They are not available here in Greece,("circle punchers", that is)

and they are not inexpensive elsewhere...sigh  :-(

Out-of-the-minds of the Great Ones :-)

Thanks, Katerina...here's the full collaborative effort.