Christina and Jurgen of 5Blanks Studios have both sent me cool stuff recently. This is Christina's offering: 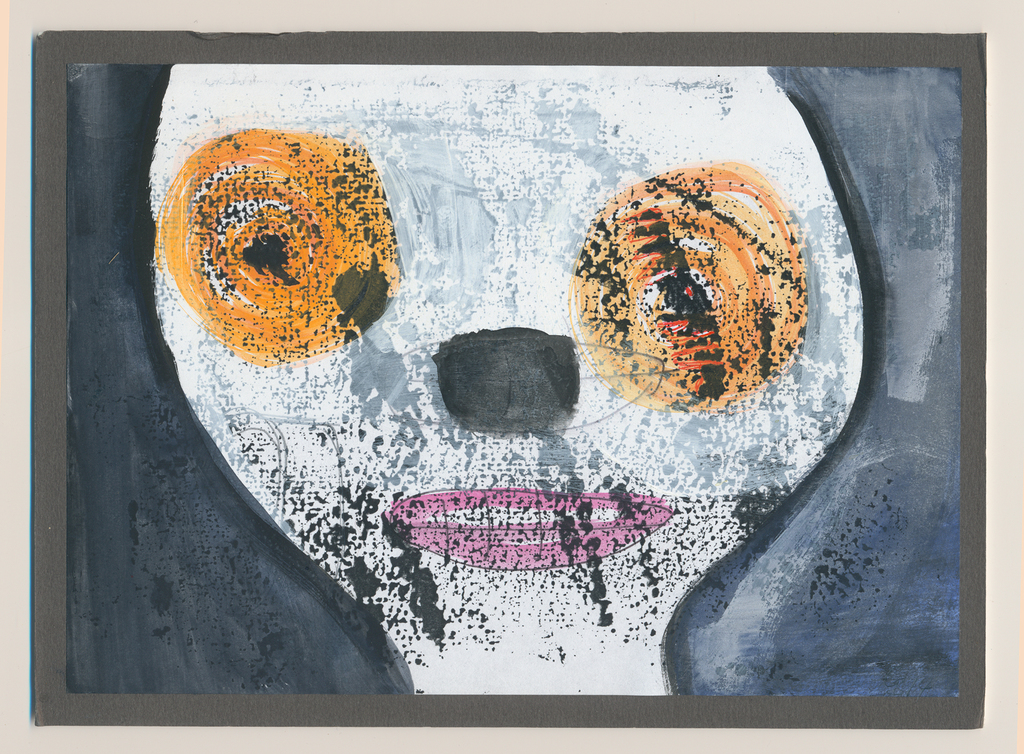 He seems friendly enough for a zombie. Or perhaps he's arrived for the Day of the Dead or perhaps he's a she...Lots of ambiguity but the work itself is wonderfully straightforward. A real gem. Thank you, Christina. Stan Askew out of the blue sent me this and a postcard too. There may be a visual pun in this piece that has sailed over my head like a Conor O'Brien reference but like Christina's piece, the delivery system is flawless. The rabbit strikes a oracular pose but he is telling a a riddle: What has three heads and five tales? Stan Askew. Thank you, Stan. 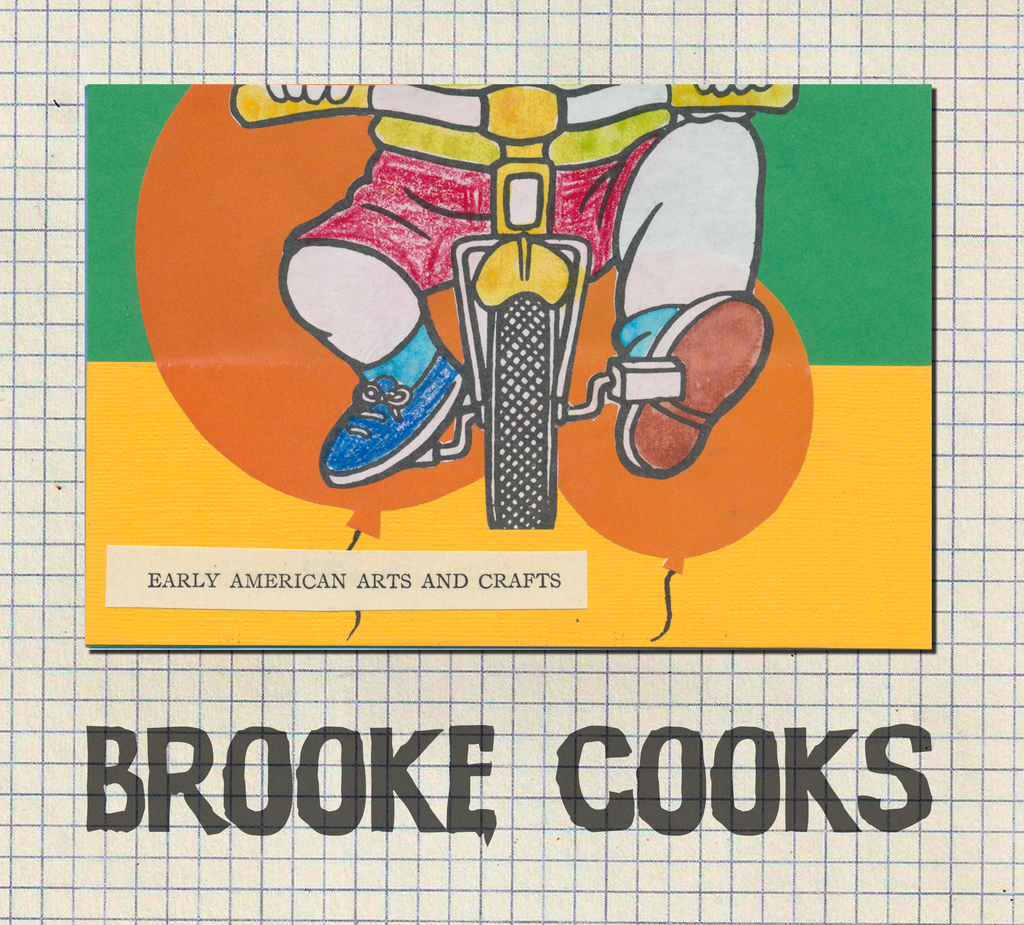 Also new to me was work by Brooke Cooks of the far north. It's a deceptively simple piece that conjures something that might have appeared in some form on a bulletin board in a 3rd Grade Class about this time of year along with drying leaves and orange construction paper. Thank you, Brooke. 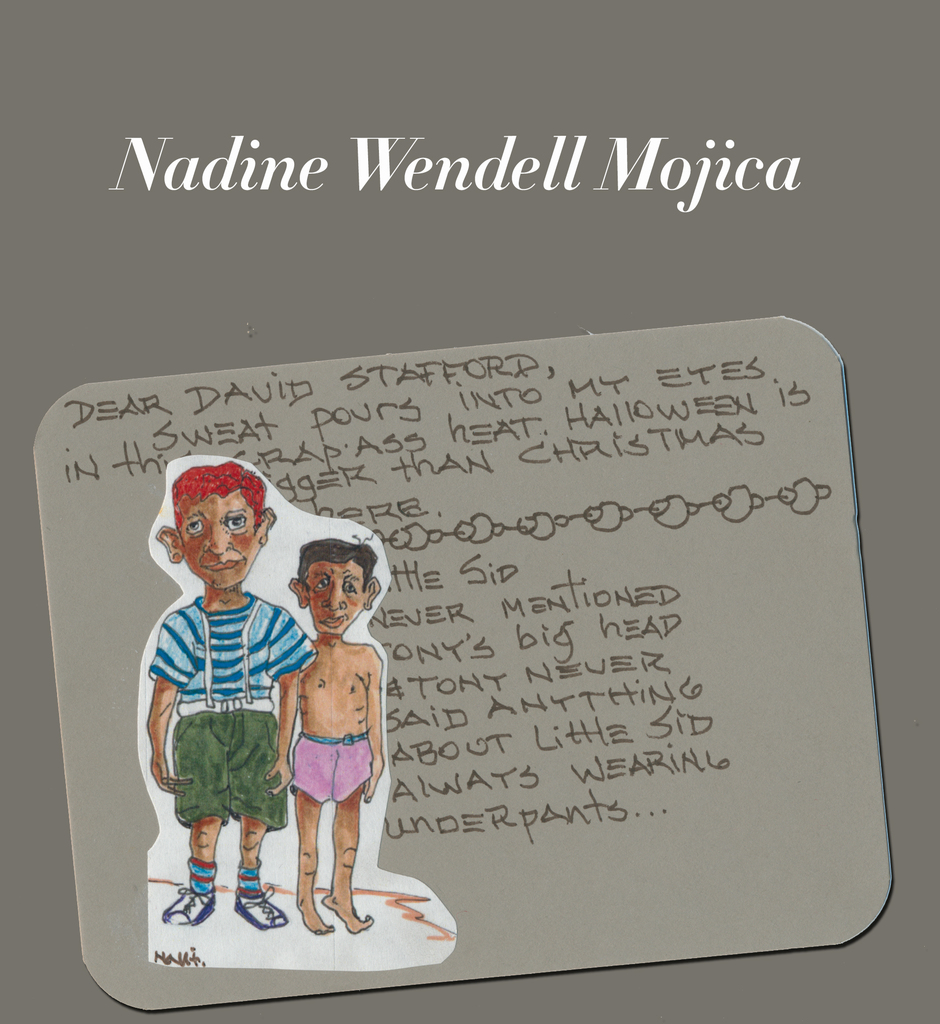 Nadine W M. sent me this intro page to her new children's book, Little Sid and Big Head Tony. It's all about their adventures together with Tony getting his head stuck in various funny places and Little Sid having to come up with ingenious headshrinking strategies like experimental psychiatry to get him out of a jam. It's the kind of thing you see just looking out the window in Burbank. (I wish we had some of that crap-ass heat right now). Thank you, Nadine Carina of Finland sent me this fun collage, a woodcut and a sweet, characteristically modest note. And if my eyes have not deceived me, the envelope was sent on the strength of a Tom of Finland stamp which must be a Carina-Joke. Isn't it? I mean, I know attitudes are changing at warp speed but a State Sponsored Tom of Finland stamp?  My head is spinning out of control. Anyhow, the really crazy thing is that I used to model for Tom of Finland. This was some time ago of course. Here's a recent picture of me in front of one of Tom's portraits of me. My body fairly sags with the mournfulness of lost youth. Thank you, Carina wherever you are.... Oh yes, I know Tom (Touko Laaksonen) was influenced by the strong and confident types! Wonderful photo and portrait, David. I see you have kept the mustache. The stamps have been subject to much fuss but oh what a hit! Biggest problem is how to do justice to the stamps on the envelope / card...