I have been asked to be many things but never a sock princess. ahhh... Thanks Val! Inside pages from Diane Keys 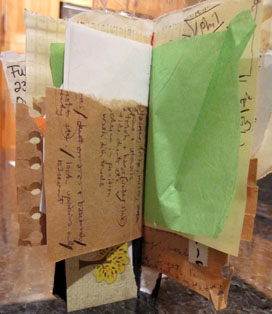 this little book goes on the list of 'best books i've ever read'. Water-logged butterflies and leaf stamps, but oh so cheerful and happy. Along with a professional calling card from Laurence Roberts came one of his most colorful abstracts! Many thanks, Laurence, may you be well and strong! 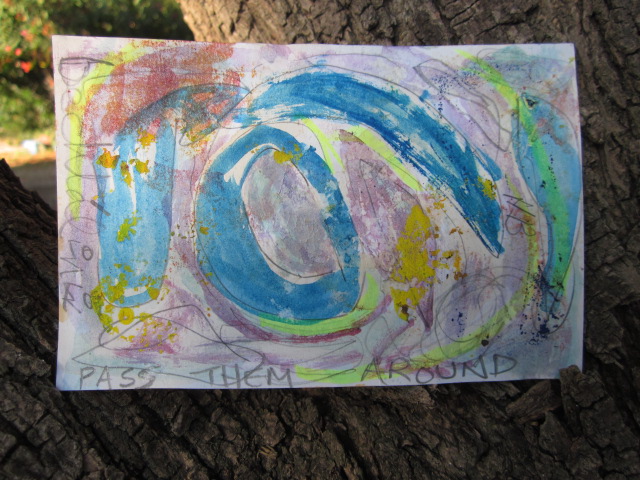 From the Banana Man, Wolfgang… 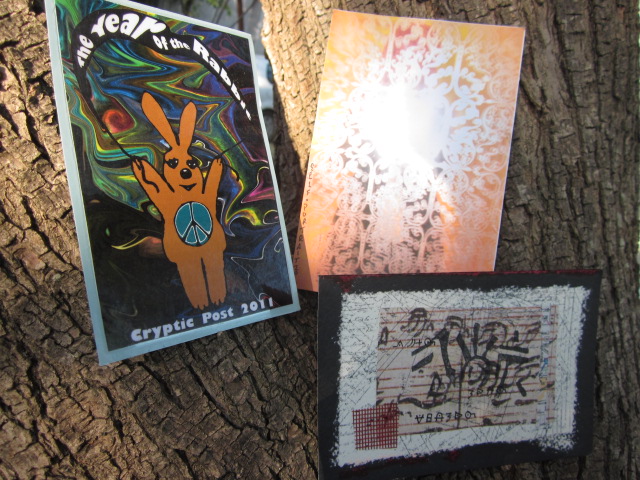 Had a mail art delivery today at the seaside shack, and there are wondrous treasures to behold!

Bunny Rabbit from Carla Cryptic...just fun! And a dainty delicate design from Laura Hensley. And an amazing 3-types of asemics card from the Queen of Asemics: Karen Champlin!… 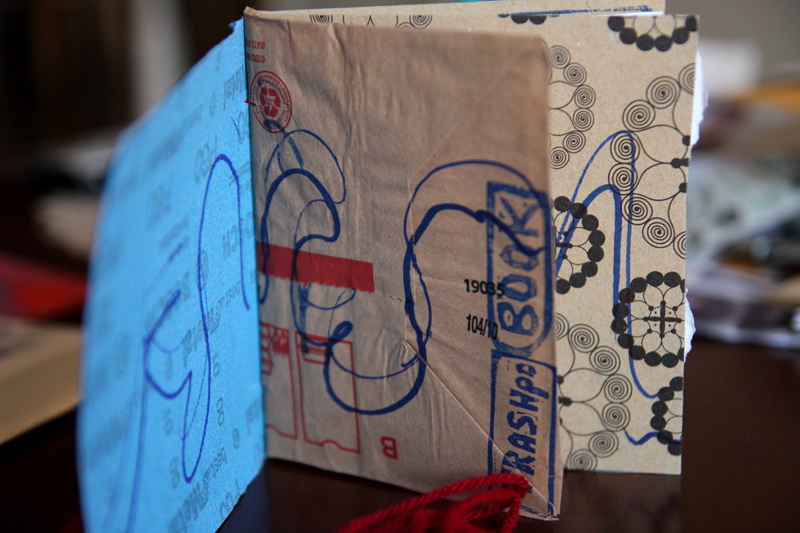 Katerina is truly the boss of all Sandpo. Her latest sandpaper (book cover, you can't see it on the photo) creation is one of the very first asemic trashpo bookies. 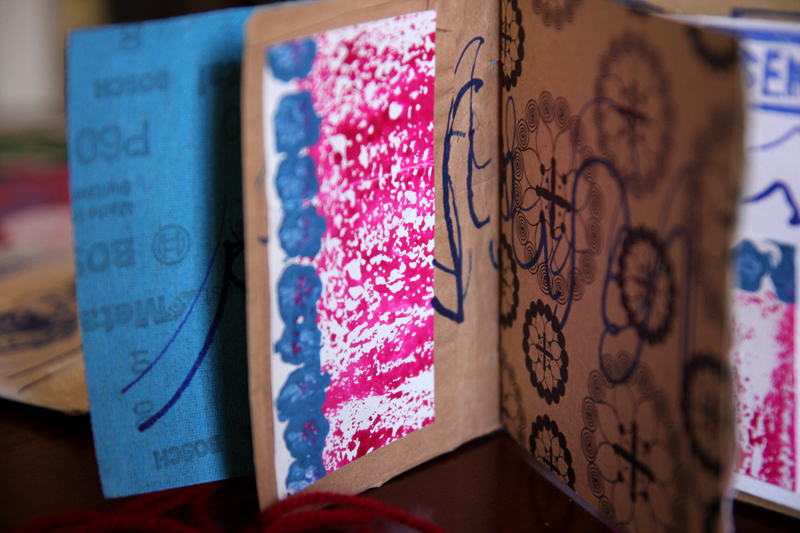 A very "Greek" package arrived today from Thom, the envelope alone is fascinating mail art...look at all those stamps...and LIAM TRA! Wearing a mask? Oh, yes, on the flip side of the envelope there is more: Snootie-dark-guy in my olive tree today, as if we have to fear strange winter creatures crowding in on our HOT summer days STILL in Greece! An amazing print, on reserse side, too, only on transparent plastic: 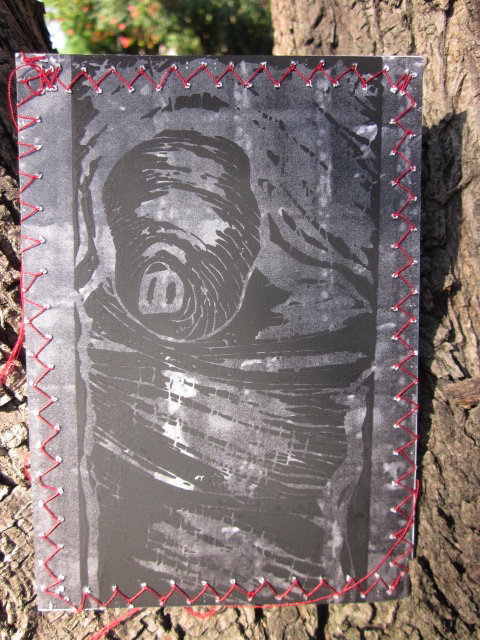 Ya gotta love this guy...he looks all…

RE: WHERE THE SECRET IS HIDDEN BY JOHN HELD, JR.

ABOUT THE AUTHOR AND BOOK:  106 essays written over 30 years on the 20th Century cultural avant-garde including Duchamp, Cage, Mail Art, Fluxus, DiY, zine and artist publishing, international cultural networking, performance art, rubber stamps and other artistic mediums the mainstream considers marginal. Each essay is illustrated with the work in which it… This is hilarious. I actually prefer the original model! Thank you Nadine-your illustrations are amazing

By Karin from South Africa

By Karin from South Africa was the Angels. I love them very much.
THANK YOU! 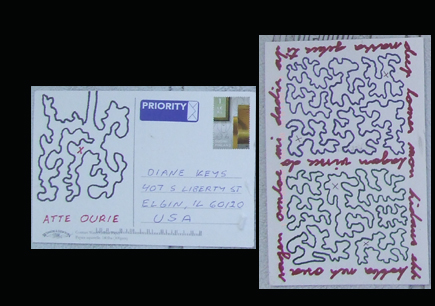 These shapes are all so perfectly drawn. I can't tell if the writing is meant to be asemic, or if it is in a different language but this mail art made me smile-==they didn't cancel the Finland stamp so I will attempt to send him mail reusing the stamp. It has worked before afterall postage is postage. Thanks… Continue 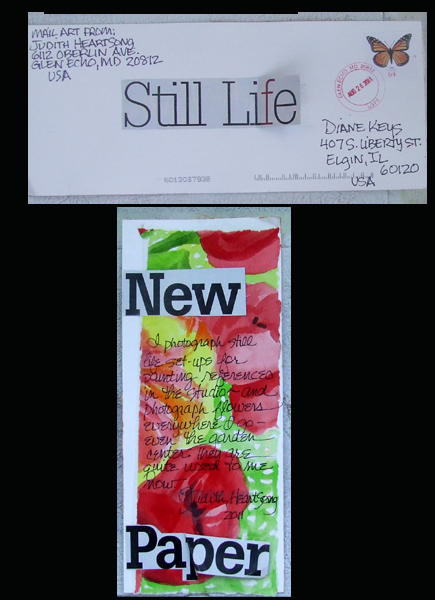 everywhere I go. even the garden center they are quite used to me now"

Written on the most beautiful vibrant watercolor

Love how this tells a story The words are kind of small it says:

If you are serious about a career as an artist Don't try mail art. don't even send a postcard.

Sometimes I sned postcards to myself simply because I know that I'm likely to get a favorable response. 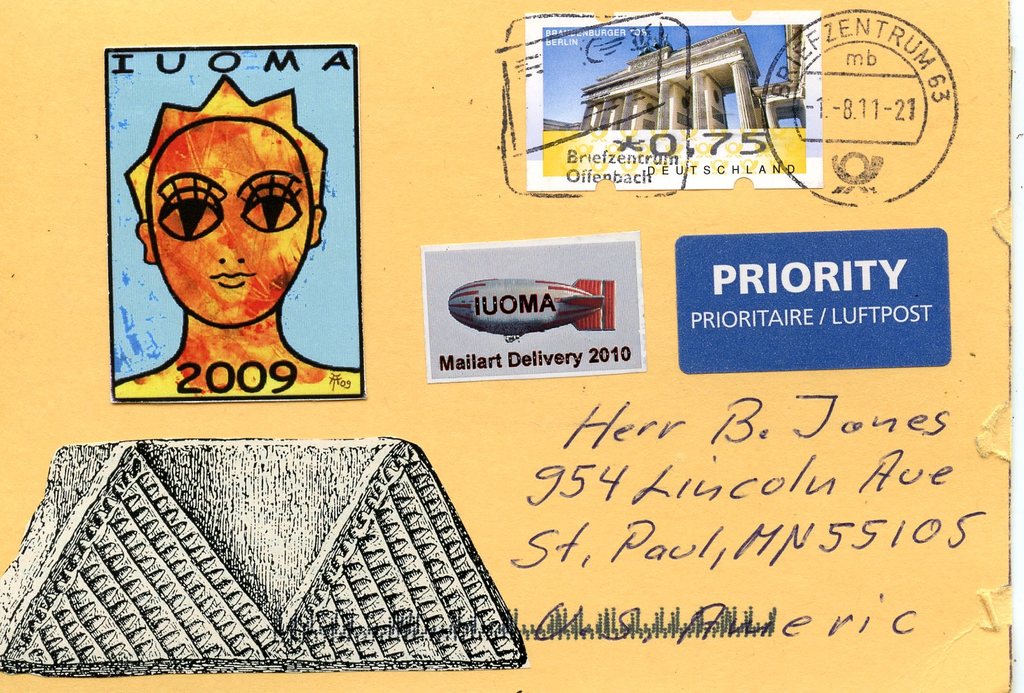 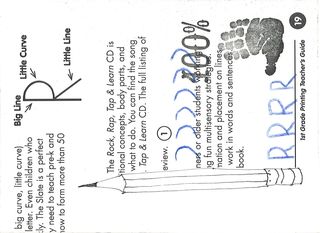 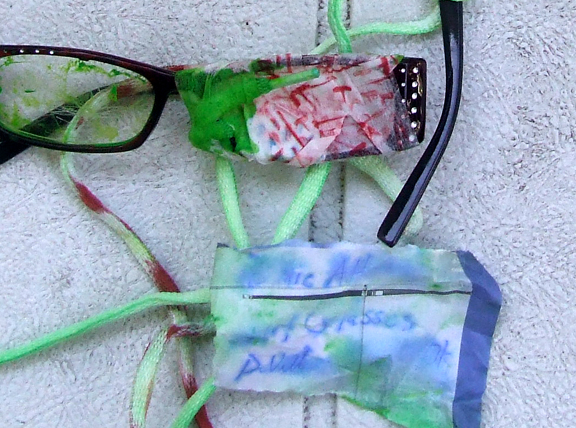 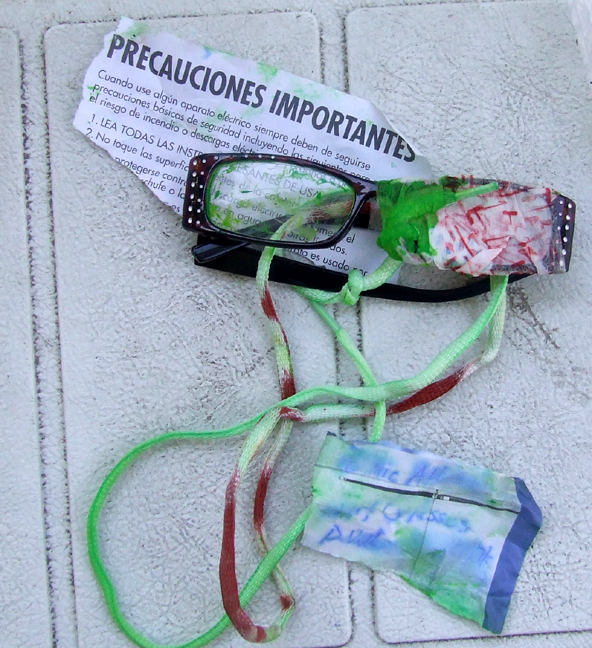 Through a combination of Elmer's Glue and the heat, these actually came wet. The note was damp and bled, but I was able to surmise that it said… Continue 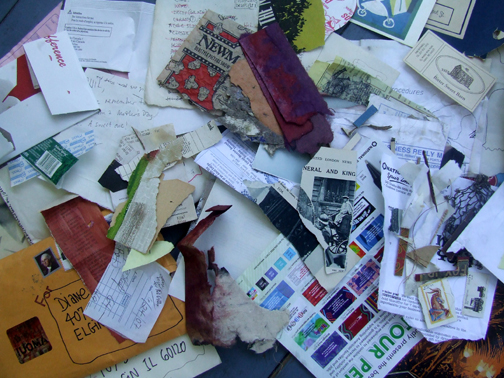 I couldn't possibly be prepared when I received THREE packed envelopes in one day from Nancy Bell Scott. She is so compassionate that when I run out… Continue

Received from Superhero and Charlotte_8.29.11

What a nice surprise today - a triptych from his submission "FUCK CANCER" and "Artist Fractal #1"...