“Trashpo has no future, only a present.”

July 29, 2015 - I have received two new fantastic mail art communications from the Blessed Father and his Church of the Right Now, which I have been slow…

July 29, 2015 - In the last year, I have become familiar with visual poetry by Juan Lopez de Ael and admire it very much. He is, in my estimation, a master… 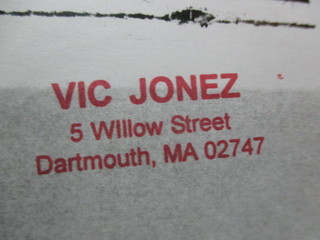 an add 'n pass which I added to

July 29, 2015 - I am thrilled to receive a breezy – albeit cryptic – summer postcard from Keith S. Chambers in California. He…

Mainline and More from MailArtMartha

Martha sent this great minizine featuring her drawings of a pair of horses she met. It is enclosed in one of her trademark newspaper homemade envelopes, and accompanied with a trashpo flyer, and a collage where she reused part of the envelope and art I sent her.… 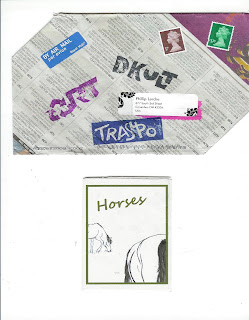 I finally received my postcard for The Philpott Lake Project run by Diana Hale, but what I really love is the beautiful linocut envelope she send it in. :) 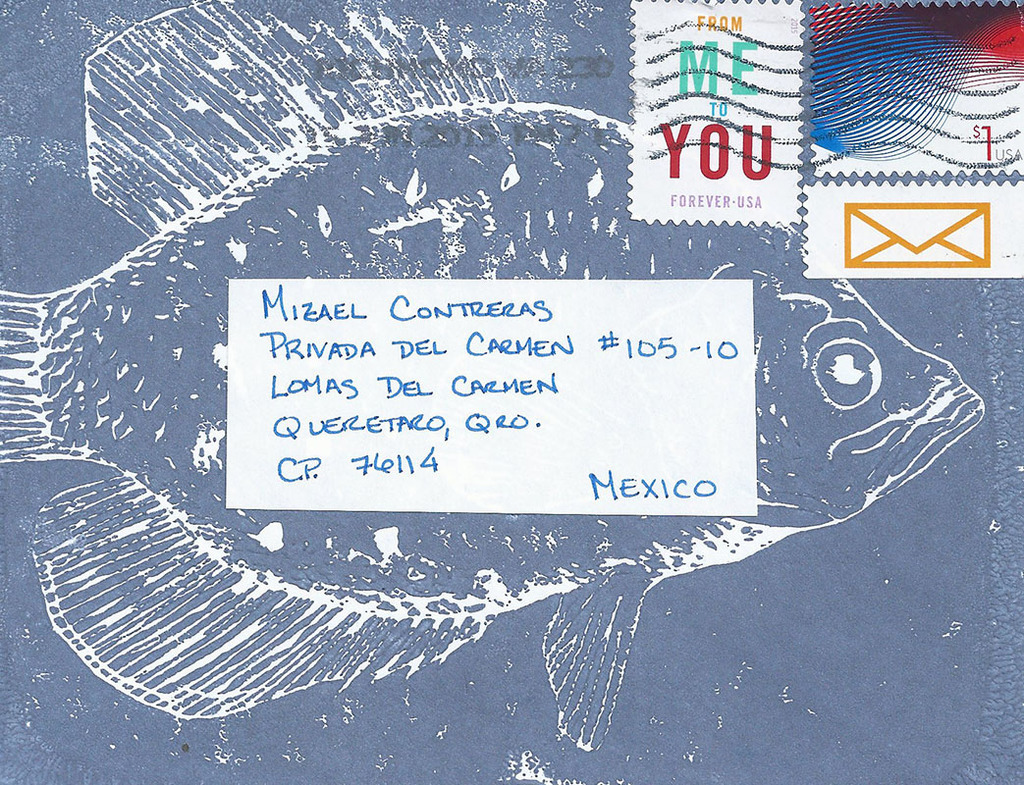 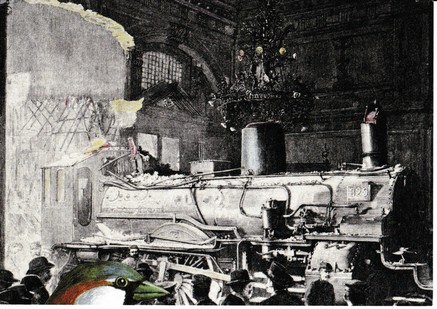 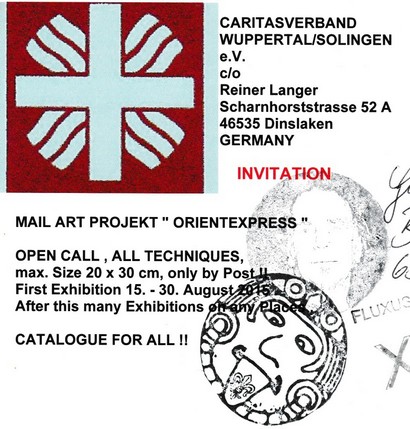 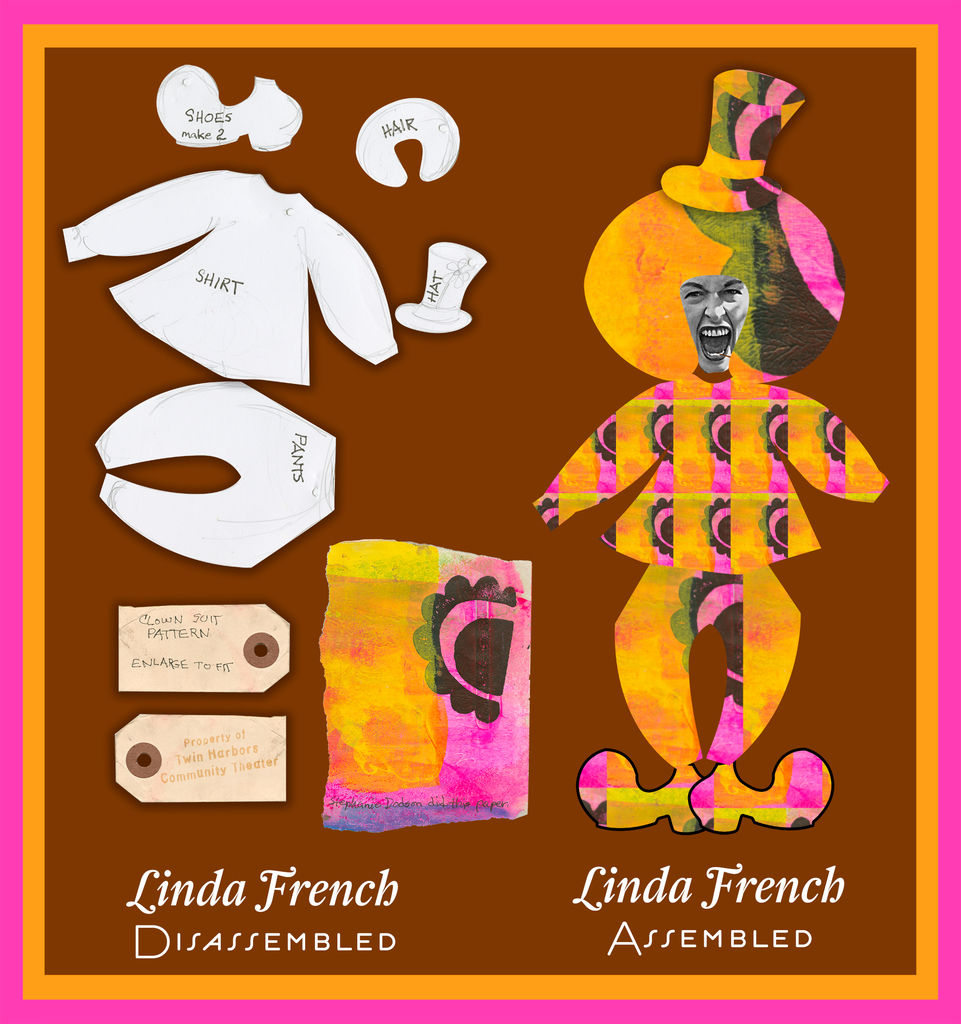 Linda French of Tiny Two Harbors, MN sent this Clown Suit Pattern today. I've assembled the pieces so the average viewer at home can see what it could look like. Thank you, Linda. I'll send the Red Riding Hood costume pattern you requested…

Artist in Seine in America

AiS sneakily sent a card from his trip to the US. There is always a lot to look at on his mail art and I almost didn't notice the stamp - it is from one of my favorite sets, EarthScapes.… 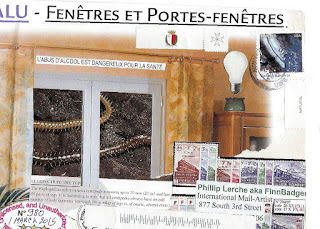 the classical form from Kathryn Corbett 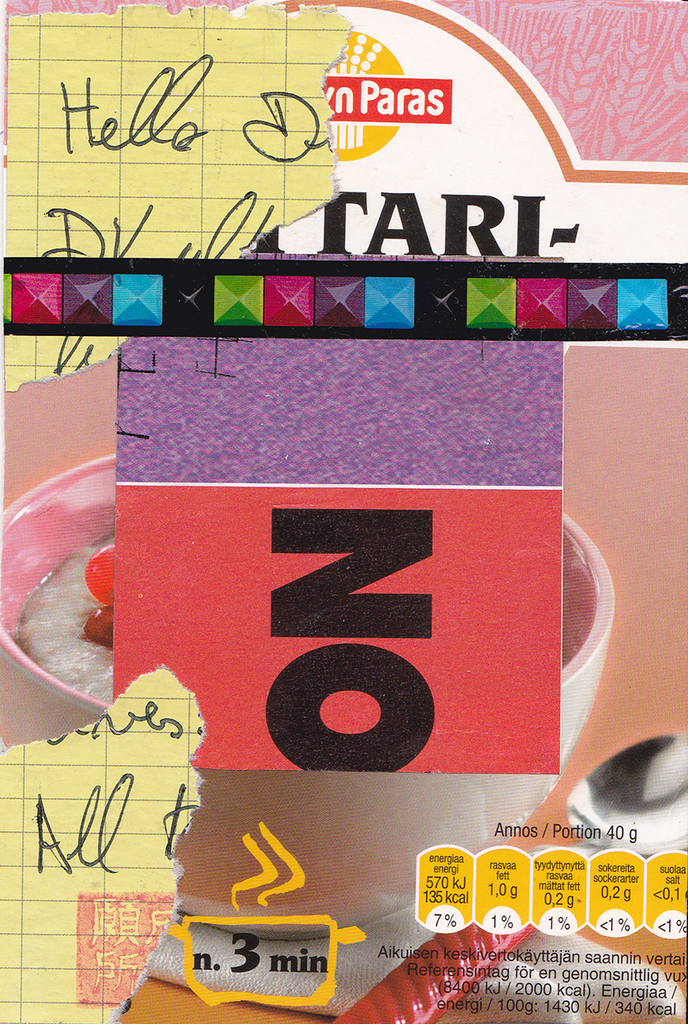 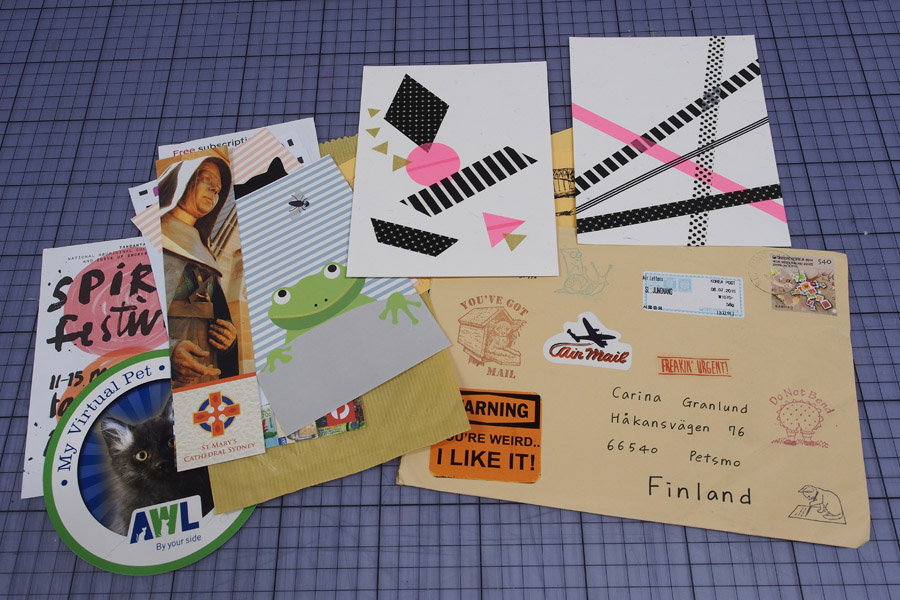