There must be billions of them in the world. We pass them every day. We walk on them. We do not take any notice of them. They are heavy, and usually made of cast iron. They come in many different shapes, sizes and patterns. Look, and you will find them everywhere.

What are they? MANHOLE COVERS, that provide access to local service systems such as water, electricity, gas, and telecommunications.

Post photos of any interesting ones you find here.

You need to be a member of MANHOLE COVER LOVERS to add comments!

Next example from Warsaw .... 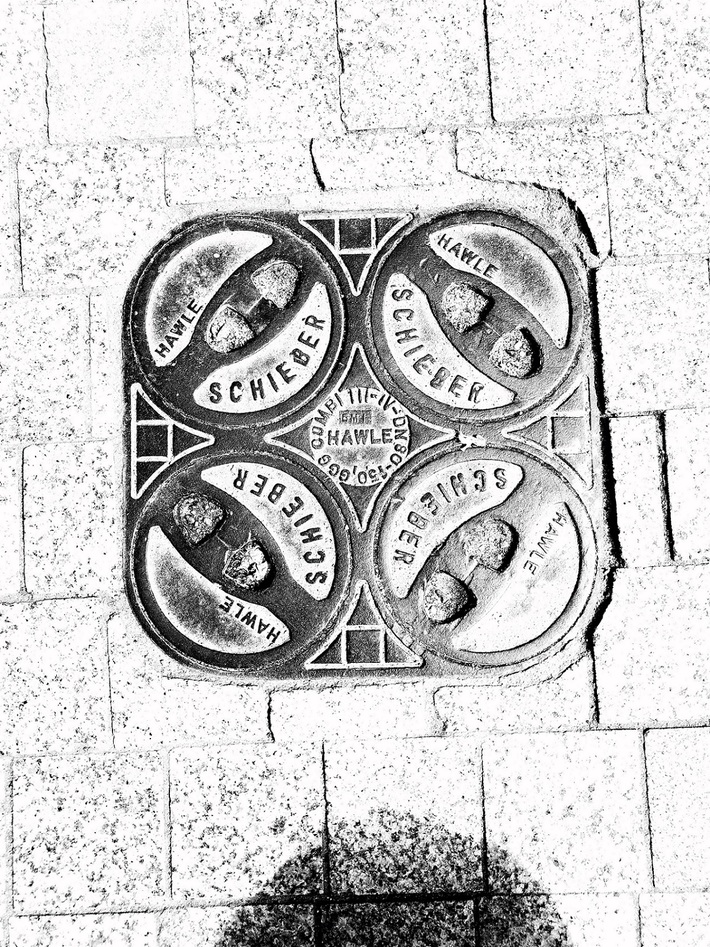 Next example from Warsaw .... 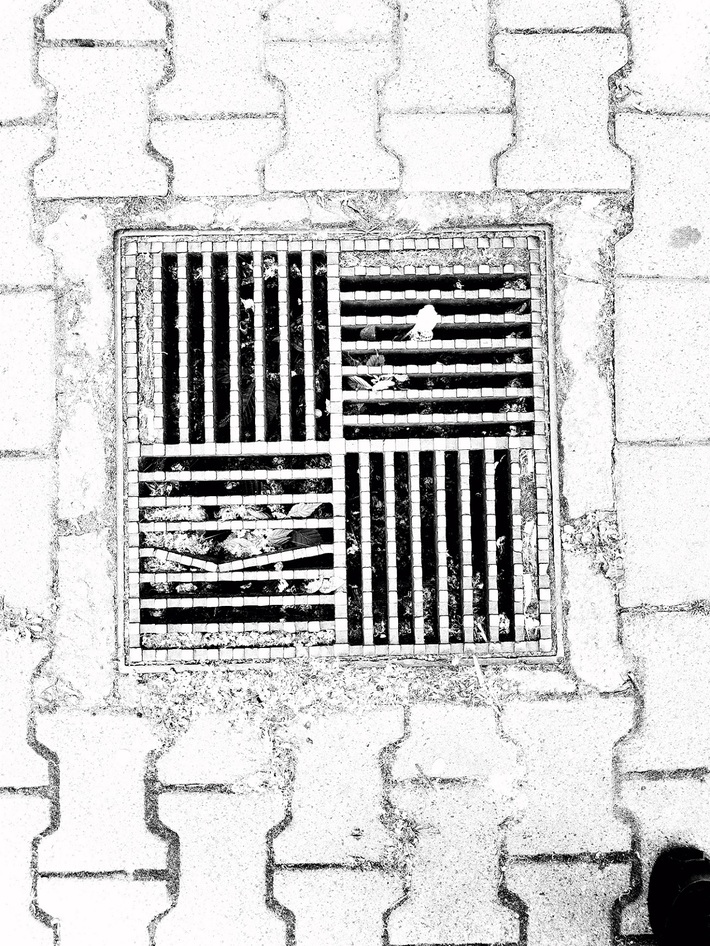 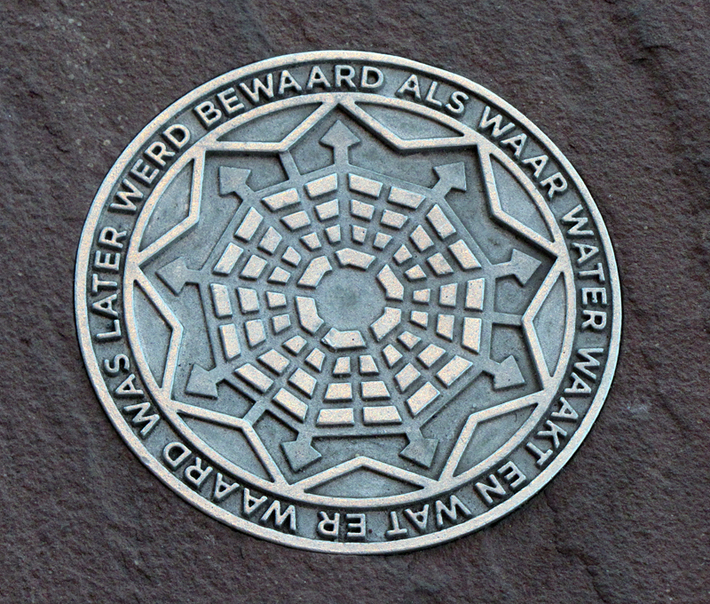 A new example from Warsaw - in the corner of the photo you can see the line of the former Warsaw Ghetto wall, which separated the Jewish quarter from the rest of the city during World War II, marked at pavement level . 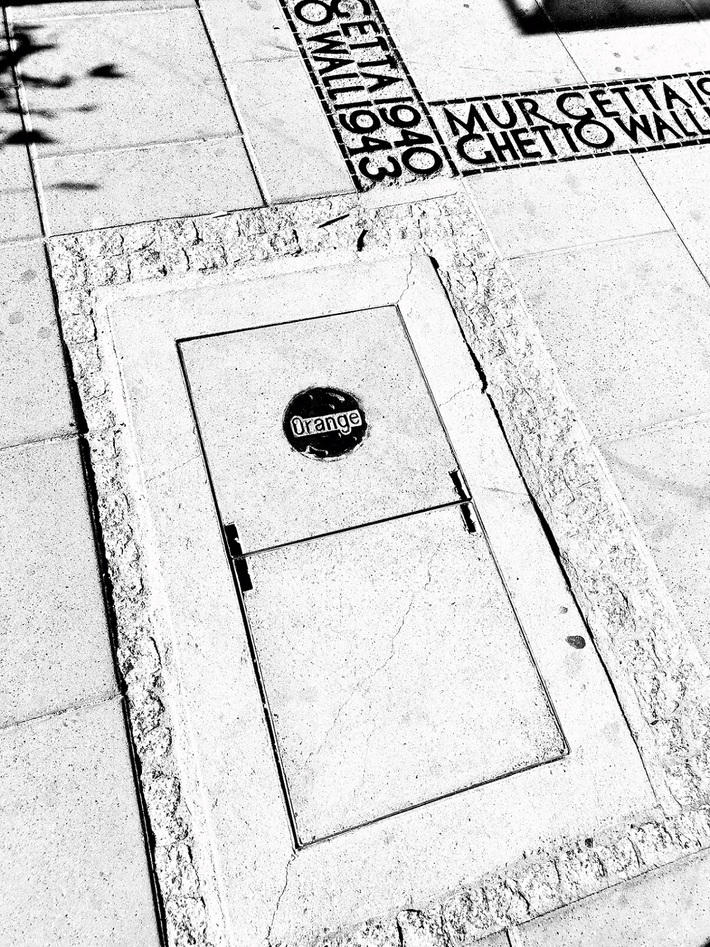 HERE'S A MAN IN A MANHOLE WHERE THE TOOTH WAS FOUND,  AND HERE IS THE TOOTH 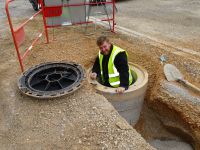 ONE OF THE LOCAL STREETS IS, OR RATHER WAS, BEING DUG UP...AND LOOK WHAT THEY FOUND (this is courtesy if Google Translate)

"The rue de Cap de Roc renovation project is experiencing an unexpected twist. During the construction of the last well giving access to the rainwater pipes via the manhole covers, a large tooth in perfect condition was discovered on Tuesday, March 29, and a local resident, passionate about prehistory, left no doubt: "it comes from the jawbone of a Mosasaurus, a giant reptile living in the Upper Cretaceous, 80 million years ago”.

And we learn that this marine reptile, a giant 17 meters long weighing 15 tons, breathed in the open air and fed on turtles, squid and fish. Covering the road with a layer of asphalt would destroy any chance of discovering the entire skeleton nearby, which is why the site was stopped dead. This Friday, the portion of rue de Cap de Roc between rue des Cigales and rue Georges Guynemer will, with great care, be fully opened to a depth of five meters in order to find the bones. Since all car traffic is impossible, for the inhabitants stuck in the last housing estate, unable to be airlifted, a project for a temporary wooden footbridge is under study. The excavations are scheduled for a period of three months, hoping to be able to enrich the treasures of the Corbières de Sigean museum with the skeleton of the Mosasaurus. 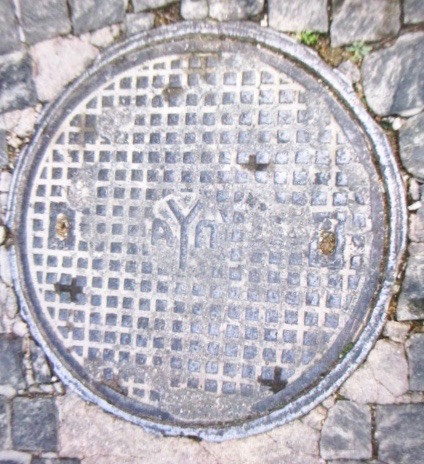 The money will be used to keep the IUOMA-platform alive. Current donations keep platform online till 1-apr-2023. If you want to donate to get IUOMA-publications into archives and museums please mention this with your donation. It will then be used to send some hardcopy books into museums and archives. You can order books yourself too at the IUOMA-Bookshop. That will sponsor the IUOMA as well.