Asemic writing is a wordless open semantic form of writing. The word asemic means “having no specific semantic content.” With the nonspecificity of asemic writing there comes a vacuum of meaning which is left for the reader to fill in and interpret. All of this is similar to the way one would deduce meaning from an abstract work of art. The open nature of asemic works allows for meaning to occur trans-linguistically. An asemic text may be “read” in a similar fashion regardless of the reader's natural language. Multiple meanings for the same symbolism are another possibility for an asemic work.

Some asemic writing includes pictograms or ideograms the meanings of which are sometimes, but not always, suggested by their shapes. Asemic writing, at times, exists as a conception or shadow of conventional writing practices. Reflecting writing, but not completely existing as a traditional writing system, asemic writing seeks to make the reader hover in a state between reading and looking.

Asemic writing has no verbal sense, though it may have clear textual sense. Through its formatting and structure, asemic writing may suggest a type of document and, thereby, suggest a meaning. The form of art is still writing, often calligraphic in form, and either depends on a reader's sense and knowledge of writing systems for it to make sense, or can be understood through aesthetic intuition.

Asemic writing can also be seen as a relative perception, whereby unknown languages and forgotten scripts provide templates and platforms for new modes of expression. Glad you like it, Heather. I'm on a bit of a Burroughs-Gysin jag this morning. Here is the cover of an edition of Burroughs' "Exterminator" (City Lights) that uses asemic writing by Gysin. "Buffalo Bill" and Gysin did a long series collages during the London years that have a lot of asemic writing in them. I believe the bulk of these pieces went into private collections and are hard to view (I need to research this more), which is a pity, because they have a wealth of ideas: 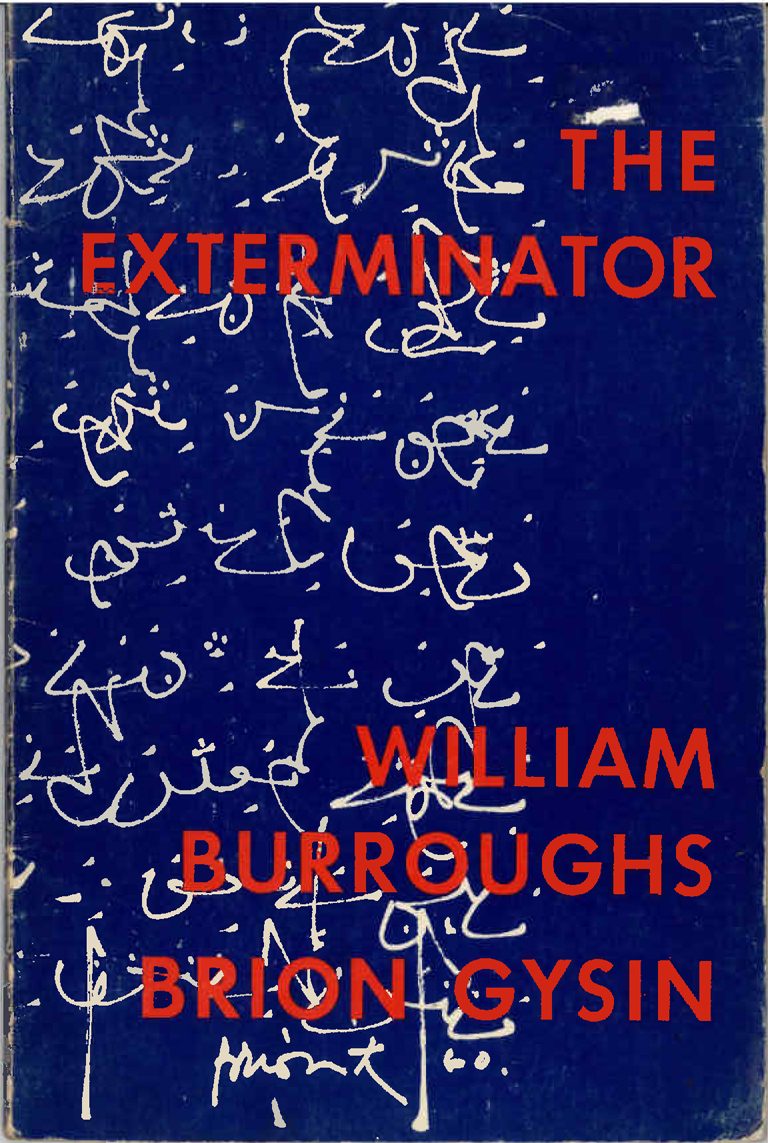 Here is another asemic piece by Brion Gysin I think is really nice. Burroughs did a mock issue of Time magazine and this is one of the illustrations included. Kinda makes me think of David Stafford's Asemic Monthly: 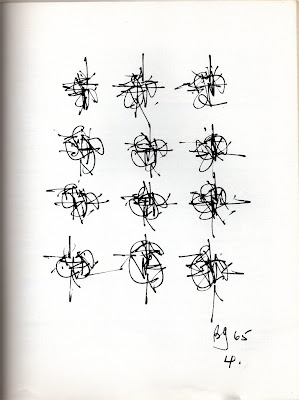 Thanks, DVS, for the excellent post and photos of asemic writing. I am enjoying the information very much and look forward to checking out the work of the artists you have mentioned. Thank you!

Permalink Reply by cheryl penn on March 9, 2011 at 3:06pm
Excellent - a discussion on terminology and meanings :-) The article in Wikipedia is really excellent as a short source document. Nice examples - I especially like the first one De Villo  posted by Brion Gysin - it visually so aptly describes the word knots which make up alot of Asemic writing. Word Knots - I like that :-)

Permalink Reply by De Villo Sloan on March 9, 2011 at 3:11pm
Thanks Cheryl. I'm so glad you were able to look. The Wikipedia piece will work for now. I'm looking into other and better sources for more on the subject, and I will post them. I'm glad you liked the Gysin work. I think it's excellent foundational material. Of course there are many others. I just knew the dearly departed Burroughs would certainly be supportive of me grabbing his work. Asemic writing on a book cover seems like a cool idea. and that was a fairly popular book.

Permalink Reply by cheryl penn on March 18, 2011 at 5:29am
Sorry to bring the discussion here, but I'm trying to FIND asemics in the morass of other art forms - re-reading your discussion here narrows the field in a convincing way for me. Main page -  - :-))) O - you're mkaing me LAUGH!!! A goood thing right now... NO ASEMIC TRASHPO for me!!! I'm stuck here in another part of the bottom of the world - I'm making asemic stuff - but wont be able to show you :-( I'm with you on the 'found art' being another issue - another entity - can it include asemics - yes BUT where is the personal visual language/writing of the artist? Yes, we will have to agree on a position, but I'm thinking we're on the same page in any event. A page which features asemic writing - materiality -   sound influence. Environment a worthwhile influence. The hand of the artist - essential for me.  DVS you're bored with hearing me say this BUT interfernece with intent - the quote which references shadow writing systems - I REALLY like that position. Writing systems, primal scripts - yes. For me - Asemics is script. In the broadest meaning of the word, but script none the less.

Permalink Reply by De Villo Sloan on April 26, 2011 at 2:36am
I have a footnote to add about the examples of asemic writing by William S. Burroughs and Brion Gysin posted earlier.

I was reading a biography of Burroughs last weekend and came across a reference to those asemics. Burroughs was in London, and an anonymous collector in Europe (Germany?) bought a lot of those pieces. The book describes Burroughs having to go to a Swiss bank to receive payment through intermediaries. Briefcases were exchanged. Anyone who has read his fiction knows his writing is full of strange events like that - conspiracies inside conspiracies, secret agents, confused identities. I guess his life was a bit like that too.

then I forgot the term until finding it agin in 2017 being used by michael Jacobson--I started sending to his asemic writing group--as I realized that my works included vast number of asemic pieces done from 2000 on-I have been contributing to several asemic groups the last couple of years--my asemic work is quite different from others as is the driving impulse in the work---also the materials I use are very different--I make rubBEings since 1996--I do them most days of the week--also spray paintings using clay impressions of sites found in parks in street alleys monuments anywhere I find raised letters or forms--I do NOT do what I call "straight" rubbings--which are just making a copy--this is probably the oldest form of "copy art"--I used to do this actually when I was abt even--rubbing a pencil on coins and etc.--once I started what I call my rubBEings--my first and ongoing impulse is to distort--have all methods of doing this by hand--almost everything I make is handmade--notbecausei am a Luddite--one of my mottos is NECESSITY IS THE MOTHERFUCKER OF INVENTION-- use low tech low fi lo costs--very cheap --all the things I use I Find in the streets--other than crayon and paper and spray paint and clay--I live below poverty level on govt funding for SSI_E--permanent h--I also make collages--since I was 10--made lot of books of them when I lived in Boston sold them at cost--14 cents for folded books in series called LESIURE BOOKS-- I sold about fifteen hundred--and in a gallery when I was first living in Milwaukee used to sell my full page collages--they all sold out--a collector bought every single seperate one--disability (physical)--broke my back four times--so many broken bones and injuries been clinically dead 7 times--but when I think of it--I would be doing the same thing no matter how much money I had as this is what I love and have invented and found for myself--lot more to say but my work is calling me!! am taking break from doing several series of spray paintings--some to use with rubBEings--more later!! love to all may your new year be a very creative one!--your intrepid reporter --david baptiste chirot(chirot in ancient greek--pronounced KIRO--like chiropractor--means HAND--perfect for me with my hand written chirography!!

The money will be used to keep the IUOMA-platform alive. Current donations keep platform online till 1-aug-2023. If you want to donate to get IUOMA-publications into archives and museums please mention this with your donation. It will then be used to send some hardcopy books into museums and archives. You can order books yourself too at the IUOMA-Bookshop. That will sponsor the IUOMA as well.