Two versions of the IUOMA member list are published. A colour-version and a B&W version. The download-version is available for free for all IUOMA-members. A printed version costs money but supports the IUOMA. The money will be used to donated these books to archives and museums. A future publication with historic and new material (both visual and text) are being planned and will be available later in 2009.

Details at : http://stores.lulu.com/iuoma for both books. Download for FREE. 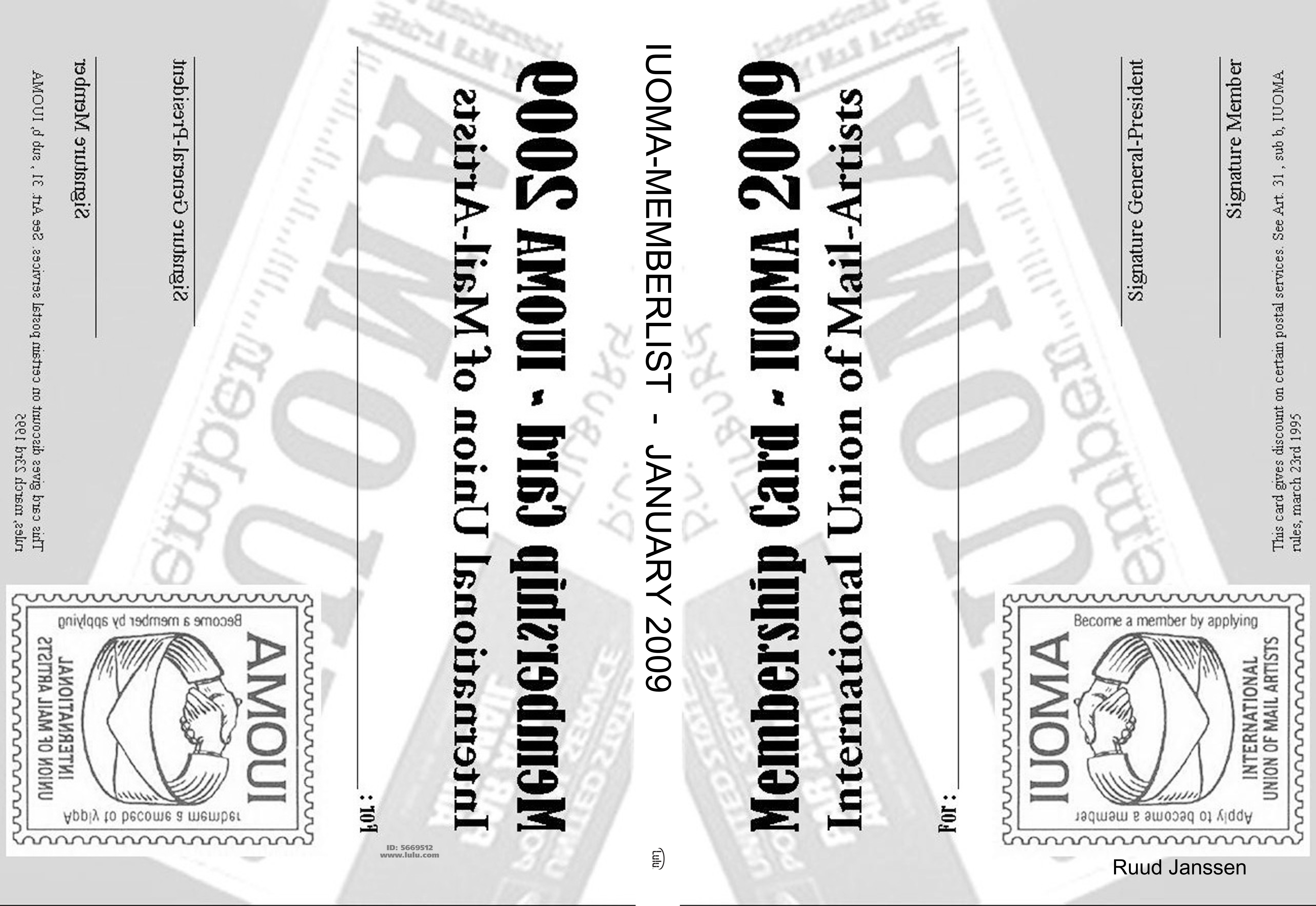 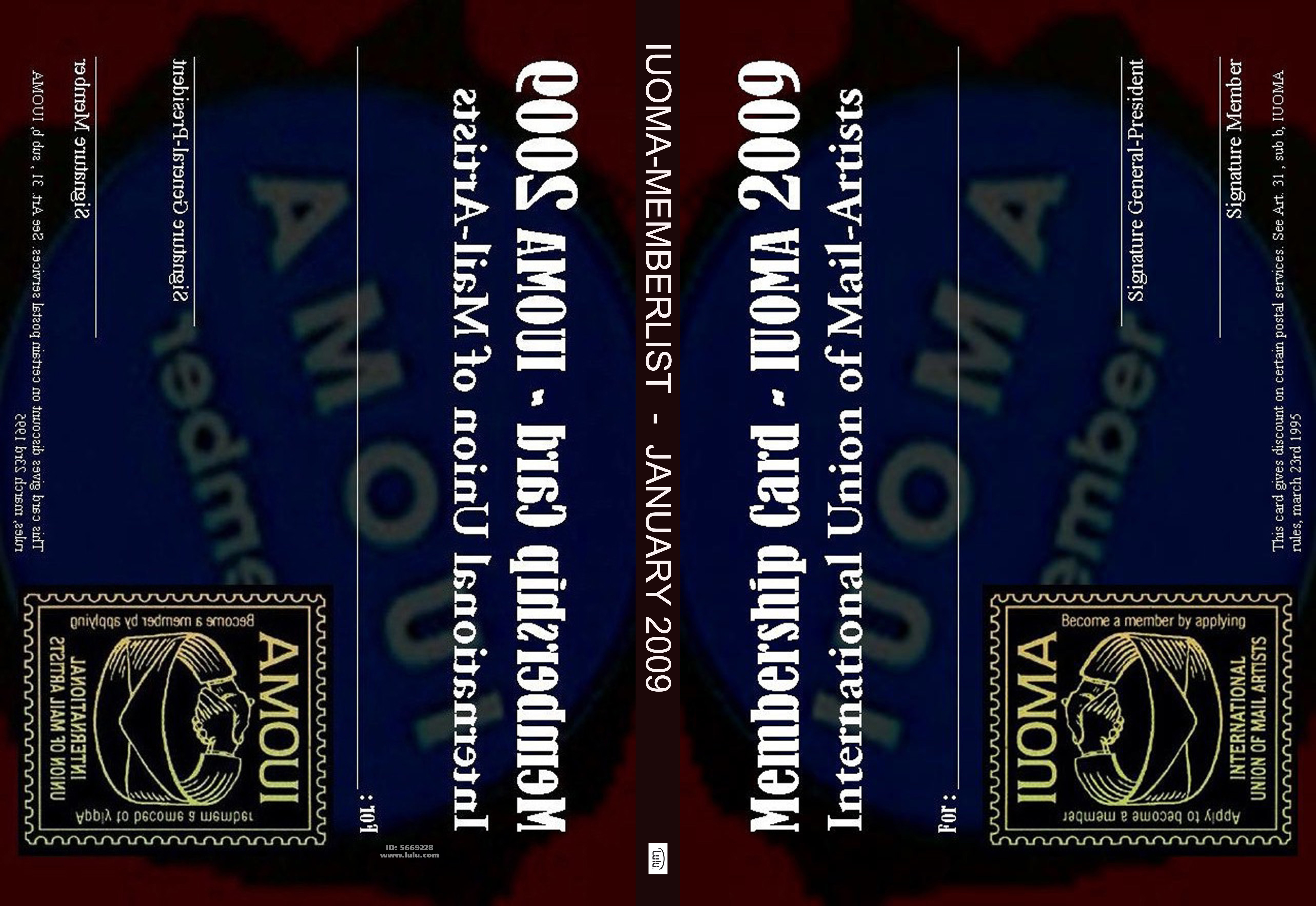 This overview of IUOMA-members has been made on January 12th 2009. As a first celebration of the 20-years that the IUOMA is alive a screen capture has been made of every member of the online Platform located at: http://iuoma-network.ning.com/
A book with texts and visuals connected to the 20 years on IUOMA is in preparation and will follow later this year. If you want to write a text for this book or want to include images, just let me know.