Mim Golub Scalin: Does the 3D Can Can with no holding back

The mailman carried this one up to the top floor to give it to me personally.  "Here you go Monsieur Marks.  Do you think there's art in there?"  "I don't know Bill, I'll have to open it", I said.

I don't think the mailman's real name is Bill, I just call him that.  I think he likes it as it gives him an International appearance.  Much better than those double barreled French names like Jean-Claude, Mark-Francois and Tutti-Fruiti. 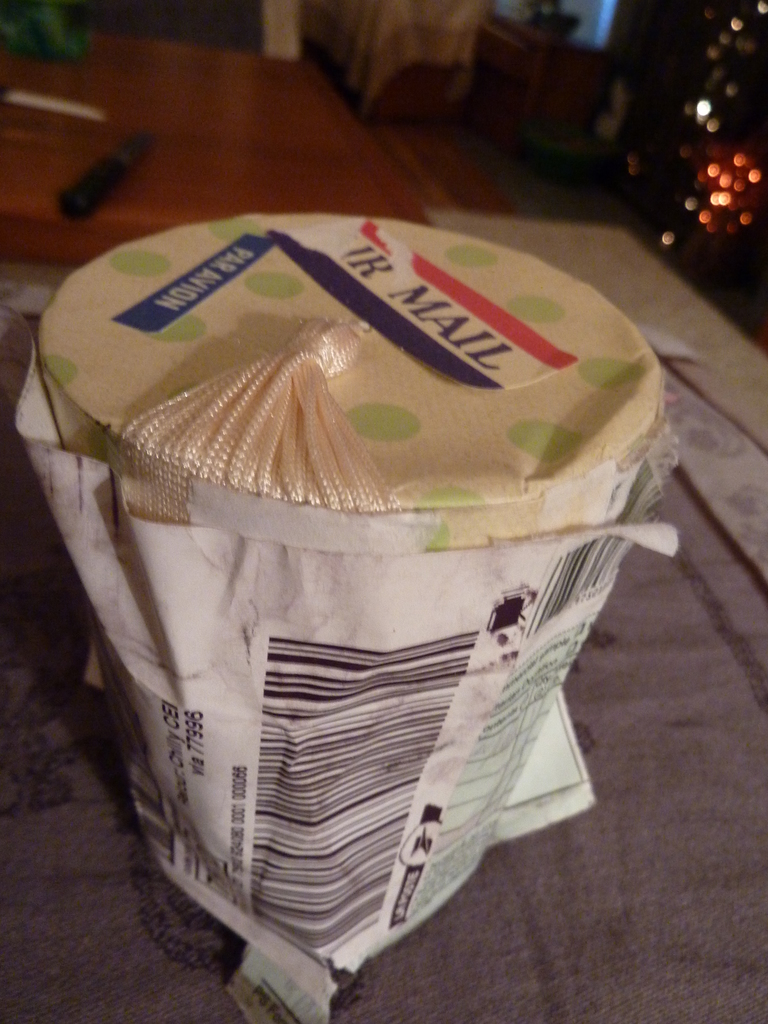 Excitement!  My hand starts to shake.  Imagine, Mim going 3D.  For your information, Mim recently joined the Banana group, but it might have been too much for her. 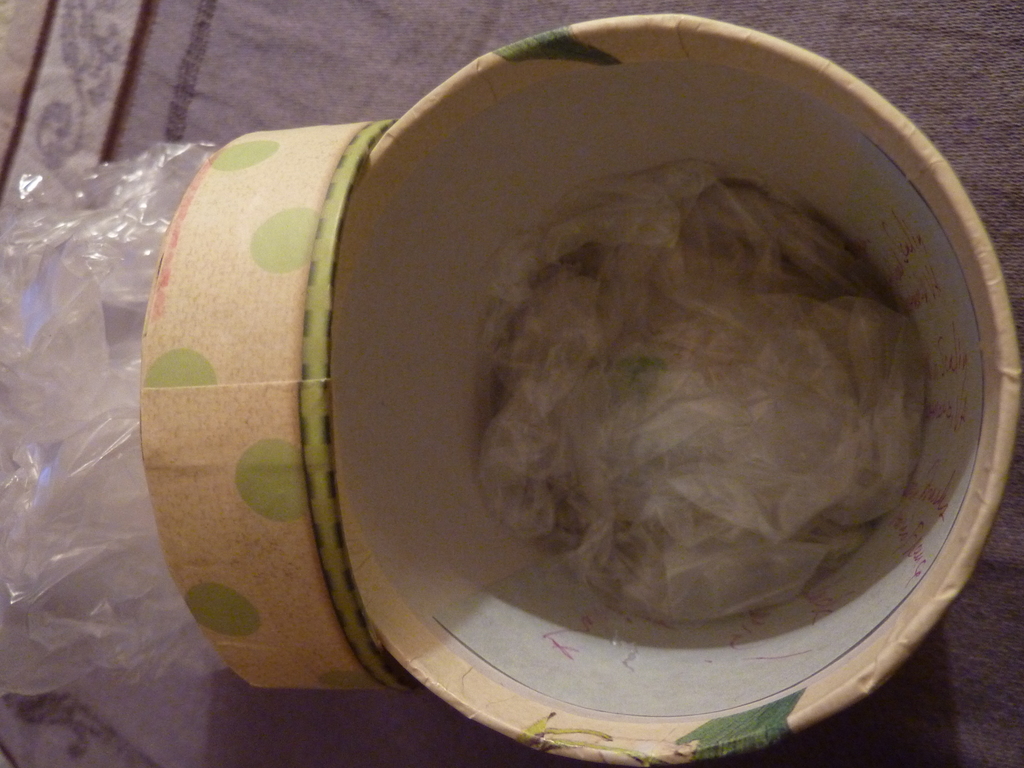 As the note inside reads; "This is an altered (by me) Jumping Brain sculpture by Emilio Garcia www.emiliogarica.org .

It was made in a limited number and my son gave it to me for Mother's Day.  He thought I would really like it instead of a dozen roses and a box of choclates ... I knew that someday I would figure out what to do with it." 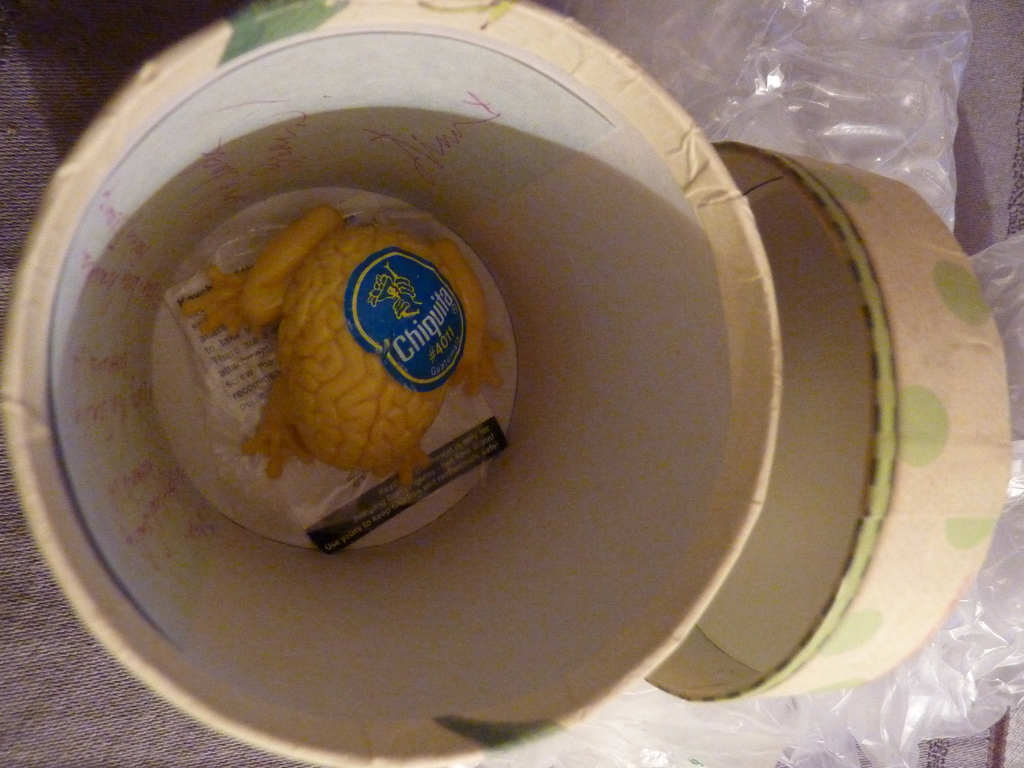 Since her son is the author of "365: A Daily Creativity Journal",  Mim decided to put his talents to good use.  He has now been grounded for 365 days. 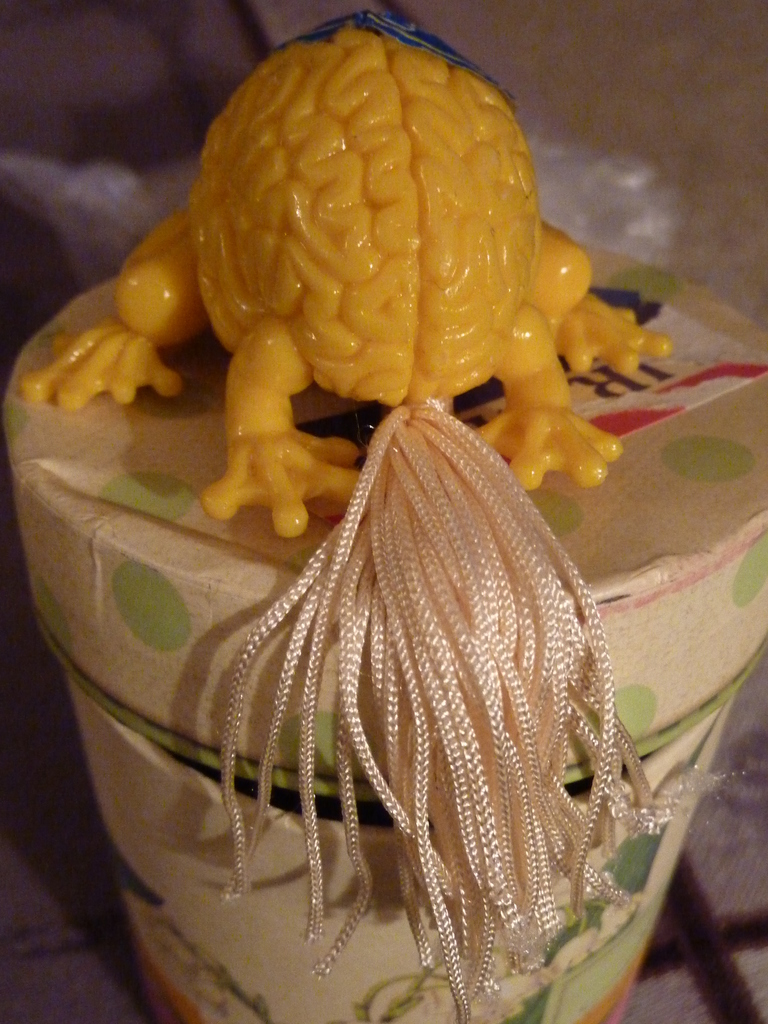 Yep,  you guessed it.  His pocket money has been taken away as well.  Cleverly modified by Mim with the Banana sticker I must say. Thank you Mim, this one is out of this world.  I just knew that the Banana group would be dangerous for you.  It’s not just for the “committed”.

So why hasn't the jumping brain taken over the Pokeman outlet?  This is really amazing.

Yay, it arrived. It appears that La Poste added something to the package. How nice of them. My postal clerk will be happy to know it arrived. She was quite helpful in placing the necessary postage and customs stickers on the package. I do have to add that I was hoping that by the time the brain arrived it would have learned to jump. Noah, of 365 fame, will be happy to know that I've passed this along to you. Keeping on keepin' on, in banana fashion, yours truly, Mim

We should express our sympathy and solidarity with Postman Guillaume having to take this all the way to the top floor of Chez Dean, and I wonder how many floors Chateau Marks has;

There is a prize (offezred by Dean, but he's only just found about it as he reads this) for the best recipe involving both bananas and frogs legs.

This is your brain on frogs...

Oh, definitely ART from Mim! A jumping frog-"brain"...only Noah would give that as a gift on Mom's Day!

And look at those sticky BAR CODES on the outside of that round box, Dean!