The Lyons' Den has been corresponding with a certain Mr. Joey Patrickt since July 2018. At the time I was five months into mail art - a mere cub trying to understand all the ins and outs of the Eternal Network. ​ 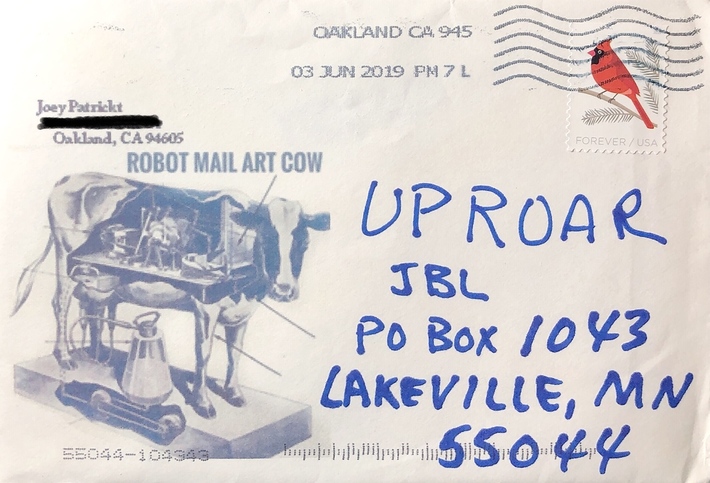 Up until recently my mail art exchange with Joey P. had consisted of add & pass sheets. I will admit that this naive mail art cub approached (for the most part) outgoing mail like this:

You get the idea. Probably not the best way to handle outgoing mail, but I'd like to think that I've evolved over these months.

I am pleased to have friended Joey Patrickt on Facebook. This connection has afforded me the opportunity to know more about Joey's art, and to learn about his lengthy involvement with mail art. This knowledge prompted me to exchange more than add & pass sheets with Joey.

So in late May 2019 I sent a copy of my mail art zine, UPROAR, to Joey Patrickt. In return, Joey wrote a nice post about UPROAR on his Facebook page, Eat IT UP Magazine of Art and Culture. About a week later I received two issues of the former Eat IT UP zine in the mail, "for inspiration" according to Joey's note. 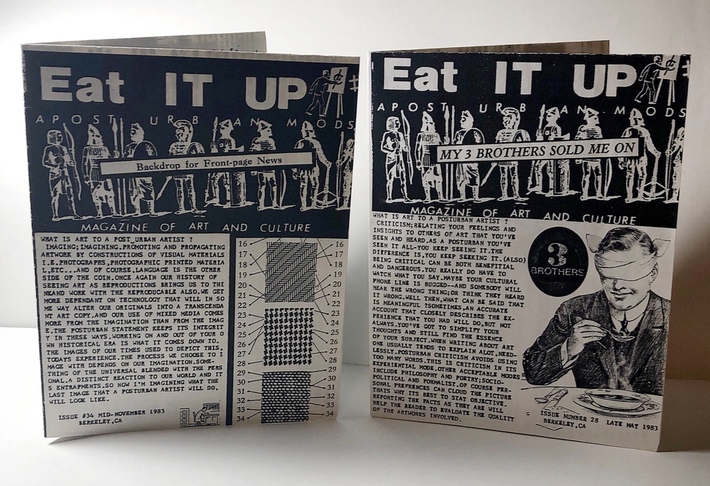 Two issues of Eat IT UP, Magazine of Art and Culture: (L) Issue 38, 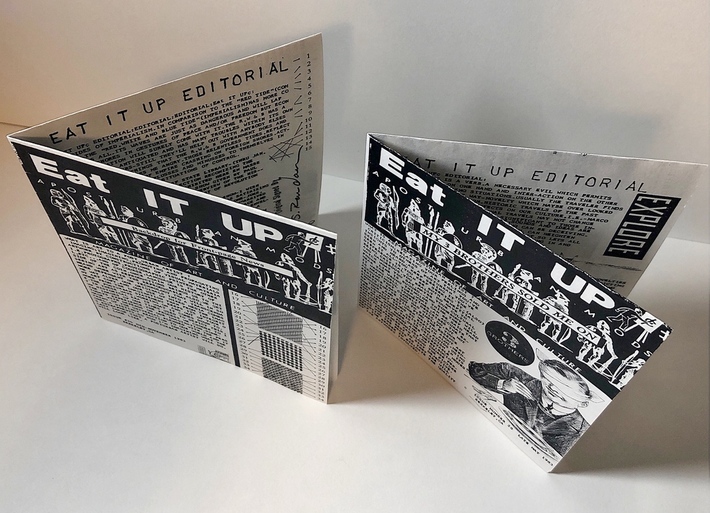 What a thrill to receive a sampling of Eat IT UP. Joey sent me Issue 28 (Late May 1983) and Issue 38 (Mid-November 1983). The publication was photocopied - printed on both sides of an 8 1/2" x 11" page, and folded into quarters. Upon my review I noticed that each issue was loaded with lots of content, including awesome artwork and regular features.

I wanted to find out more about Eat IT UP, so I decided to message Joey with some questions. His email response provided me with details about the publication.

Eat IT UP Magazine of Art and Culture was published from 1981 to 1986, with a total of 46 issues. Joey mentioned that the magazine "started during the San Francisco Bay punk era - a free DIY publication." Initially it was a free local zine - handed out at "hip shops." Eventually the zine became a popular tool for mail art activities, and was sent to people around the globe. To offset the cost of photocopying and mailing, some subscriptions were sold. 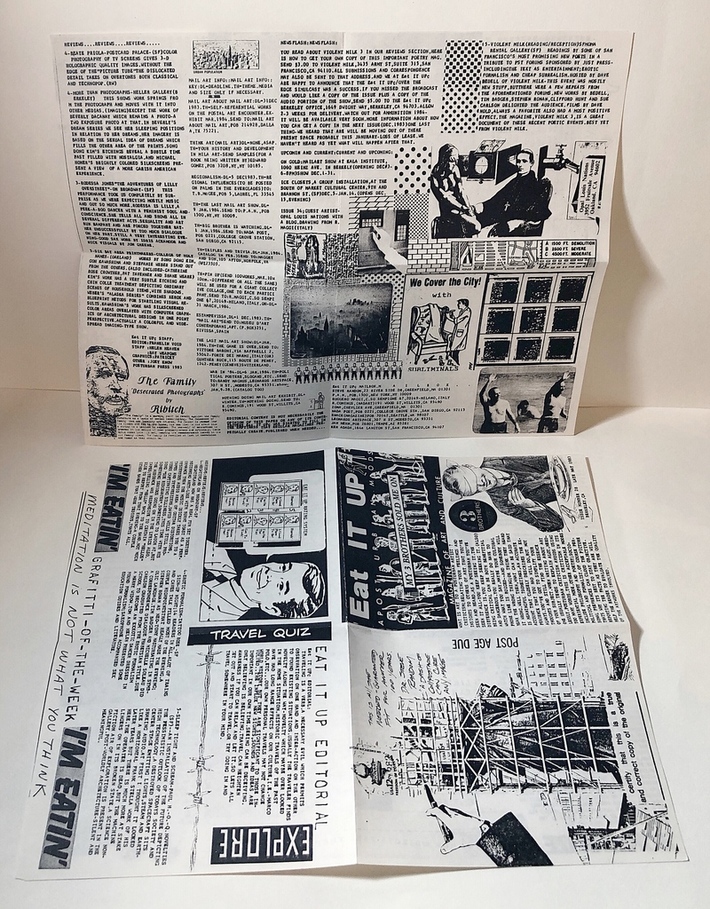 A huge thanks to Joey Patrickt for sharing this wonderful zine with me. Please know, I am truly inspired!

Mark, the one issue is all I have put out so far. I looked at a number of resources online to get the general idea of how to make a diy zine. The first issue of UPROAR is not as 'meaty' as Eat IT UP, and so I am grateful to Joey P. for sharing the zine with me. It gives me a better idea of how I can incorporate more 'mail-art specific' content into future issues.

For a general introduction to zine making, click HERE.