I don’t make it a habit to post everything that graces my mailbox but sometimes things occur that require such attention. Yesterday, my mailbox contained a treasure trove of mailart. Six pieces of mailart and a letter in a red envelope. Red letter day indeed!

From Rod Summers a wonderful laminated piece. I have a device that might be able to laminate. This piece has given me an impetus to find laminating media. Thank you, Rod. From Valentine Mark Herman, an angel demonstrating a spiritual pouring ability. Do bartenders display this talent in France, Mark? 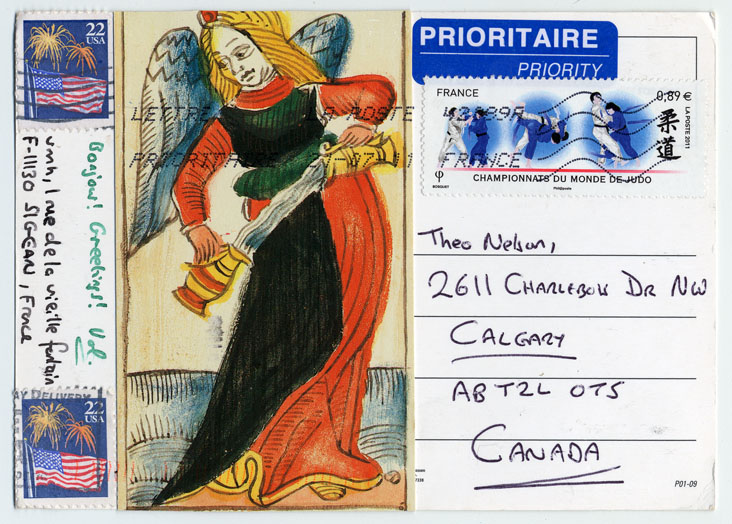 Holly Cooper sent me a rather neat stitched piece that reminds me of a skull but interestingly, makes me hungry. Perhaps it’s time for breakfast. Thank you, Holly. 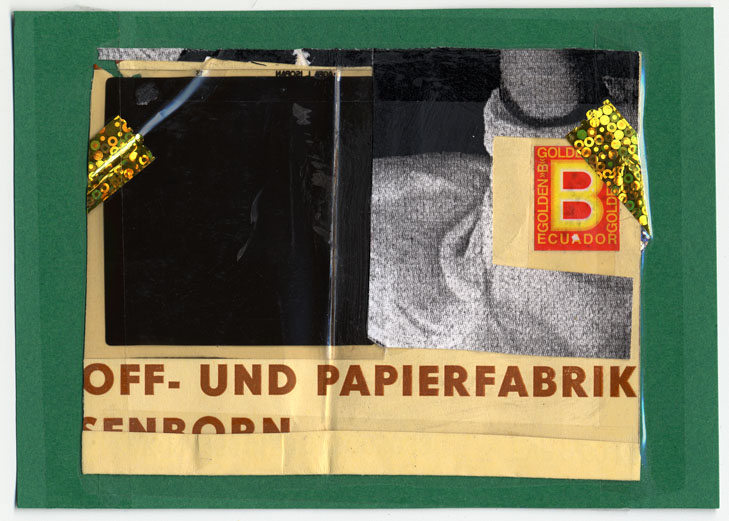 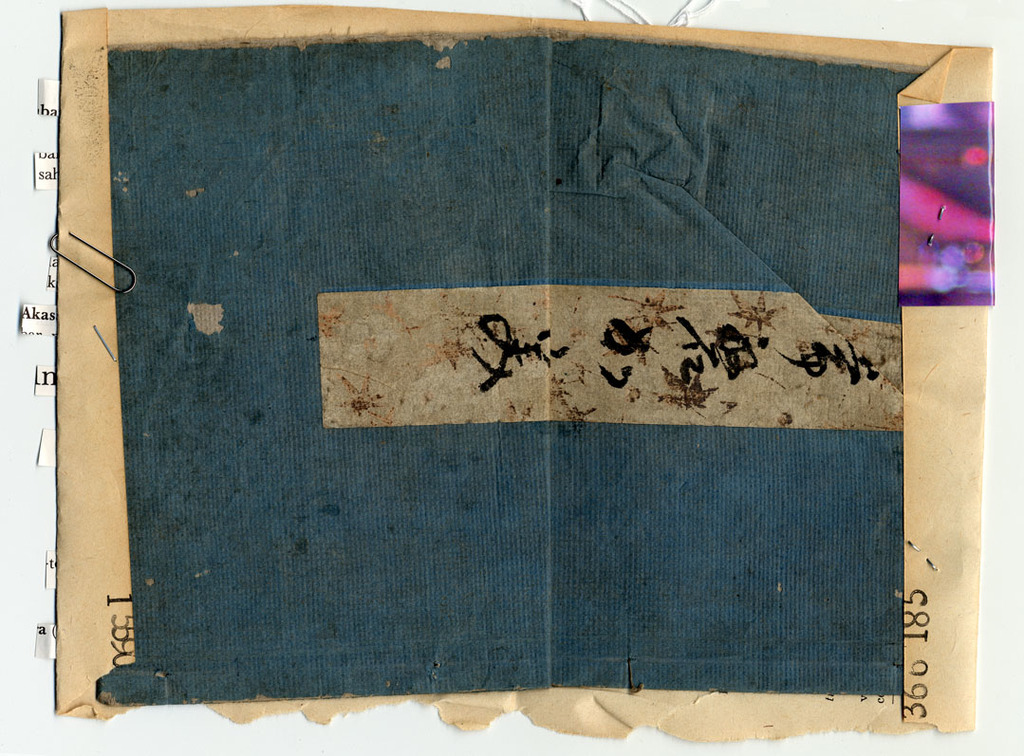 To top off my mailart day, I received a letter from a gentleman some of you may know: Alvaro. It came in a red envelope. Very stylish! I have been sending my Seasonal Greetings to Alvaro for some years ever since I saw his name and address on a Brain Cell list from Ryosuke Cohen. A lot of folks in IUOMA are on my mail list because of that chance receipt of an issue of Brain Cell. I never put my mail address on my Seasonal Greetings cards and Alvaro finds computers not to his liking so he never could reply to me. I recently have started contributing to Brain Cell and so my name and address are on Ryosuke’s mail list and Alvaro got one of those. A circle is completed. :)

Comment by cheryl penn on August 7, 2011 at 7:34am
I see The Secret Writings of Dr Moss Mure have hit Canada too.