A Blast From the Past - if it aint the DeskTops! From Red Hat Roberto and Fancy Bell Scott and Mona Lisa From Thom Thom. AND Alicia Starr sends an alter ego...

Just when you think the call is tucked up and ready for the lights to be switched off, along comes the kid who says ONE MORE PLEEEZE. So I'm pairing Roberto and Nancy for the first appearance - remember DeskTops? These beautiful late-comers make a re-visit to a project a thing of delight.  Roberto sent these a WHILE ago - I have not posted these - APOLOGIES Roberto - but thank you! I see your scotty-dog came along for the ride.  He's almost camouflaged - where's his red hat? And these two beauties, well they just decided to hang together as a diptych - its amazing how these little photographs are abstract paintings in their own right - many thanks Roberto. I have been waiting for Fancy Bells for quite a while - she ALWAYS comes to the party, if a bit after the event - with her its ALWAYS better late than never.  These beauties are executed in her recognizable style which I SO want to COPY - I have to exercise restraint not to make Fancy Bells!! And then DeskTops Minimal 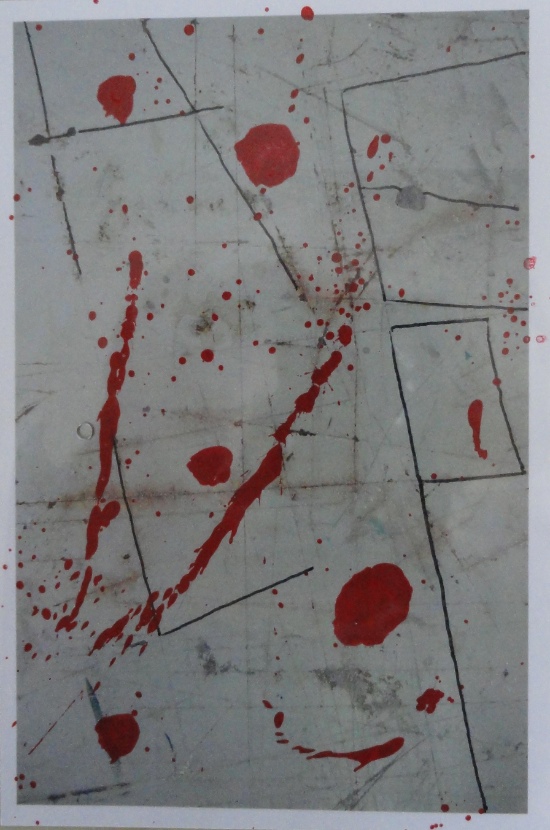 In a wow painted envelope  Thom sent assembly instructions on the construction of a Standing Mona.  I had NEARLY forgotten the extent of Thoms skills - thats what  happens when there is such a lapse in work receipt hint hint. There is also a doekie (small cloth) that came in the package. Its a non-iconoclasic making device. I'm still figuring how this works - I'll let you know after further investigation. 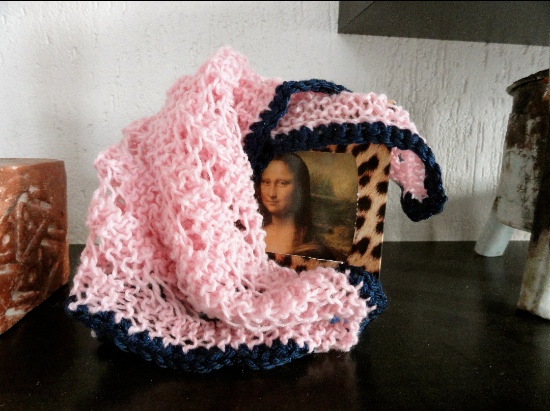 Alicia Starr sent a book which I will put into the library, but included in her wondrous package was ANOTHER Mona - sad face - she says the last for a while BUT as usual its a goodie - a visual treatise on the possibility that this may be Leonardo's alter ego.  Not a bad thought - I've always wanted one of those - an alter ego I mean.  But maybe I'm not me, maybe I'm just an alter ego - UG! Lets not go there... MANY MANY thanks XXXX

You know I meant FLUXUS - the spell chick has been off my payroll for months now.

You guys are tttoooooo much! :-))) - The blue shirt is intact. I think I should put it under lock and key just in CASE it makes an escape and resurfaces as some sort of fluxes performance that sends people running for cover. Thom - I got your "The Veil of Un-Idolized Beauty": Mona said if I put that over her head she would scream. A screaming Mona NO sight to behold, so I said ok ok - can I suitably arrange the doekie?   She said I could use it as a 'peeker', and be sure to show the spots - hence the current arrangement. dvs - its definitely a doekie :-))) - its similarity to boekie is well, odd! But true... What can I say - in Afrikaans - just in case you're interested (???!) a 'tjie' s added to words to form the diminutive - something like that.  I was at school aeons ago - but after the Yoko incident :-)) X

I was little. It deranged me forever.

Yes, the blue shirt has been gone for a long time. Maybe it will appear in Mexico turning mutant chickens into swans. But I promised her she would never have to endure having (alleged) shreds of her clothing circulating in the Eternal Network such as DK and Marie.

oh jeepers, I'm not old enough to have seen John and Yoko on the Mike Douglas show!

I think Cheryl's blue Fluxus shirt must have been before my commencement on IUOMA (?)

Isn't it Boekie? The Afrikaans (or whatever) for "little book"?

Thom's pink dish rag is actually perfect Fluxus. The Old Fluxus people bagged everything - remember John & Yoko on the Mike Douglas show in black bags? That was from Fluxus.

It gave laughs, Thom, and your explanation with the two illustrative photos gives even more. Really, that second one, of un-idolized beauty, it's just so sad, like a dog in the rain, and I for one am near hysterical. Yes, how is doekie pronounced, and also, WHAT IS IT?!

This is an interesting development, Thom. Your concept piece (below) is actually pretty amazing. I think you should now put it in a plastic bag w. the label "Fluxus Dish Rag" and send it to Cecil Touchon's Flux Museum. I've been lobbying for years that Cheryl send her blue shirt to the Flux Museum, but I don't think she has.

hi everyone-- thanks for nice comments, and for blog posting, Cheryl.  Very nice to be paired with such other terrific pieces.

I've got a bit of catching up to do... I've been practicing my new Fluxus identity: the presence of absence... which is not far off from how your "doekie" works!!  (I don't even know how that's pronounced! "DOO-key?" "DER-key?" "DECK-key?")

The knit item is called "The Veil of Un-Idolized Beauty," and it's definitely a Fluxus experiment.  But it might be over many a head.  It's basically a material deconstructor of perceived beauty/idolization.  And it's very easy to use.

Before use, we project beauty onto an object; we idolize it: 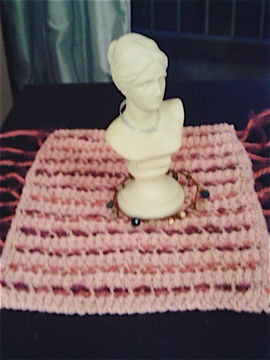 When in use, Beauty is un-idolized, thus "The Veil of Un-Idolized Beauty": 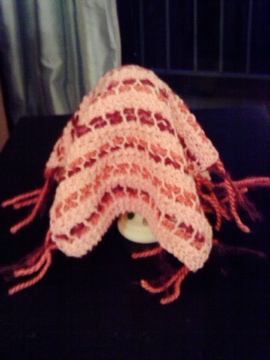 It's like holism, without the hole!!  I just meant for it to get a laugh!  But, if you wish, you can TOTALLY USE IT AS A DISHRAG, and that would be fine, too!

The way you have your doekie arranged around Mona, it looks like Mona refuses to be un-idolized!

Doekie - cloth in Afrikaans - its no wonder the language is changing - we keep borrowing from it! The assembly instructions are for Mona:  The doekie - well, I'm hoping Thom will clarify.  Its a de-iconizer :-) 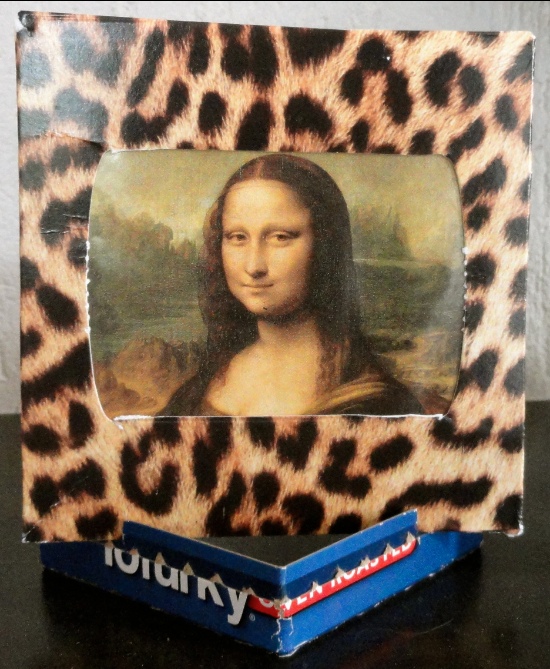