The other day I came back from the "second hand books district" of Tokyo with a stack of vintage books and magazines for less than 20$. I could easily have spend my day in the shops. Of course not all the books were as cheep as those I have bought (and that are going to be teared apart for mail). Some of them are collectables that I can't afford and would never give a cut with scissors. But, oh my, what a gorgeous place it was!… 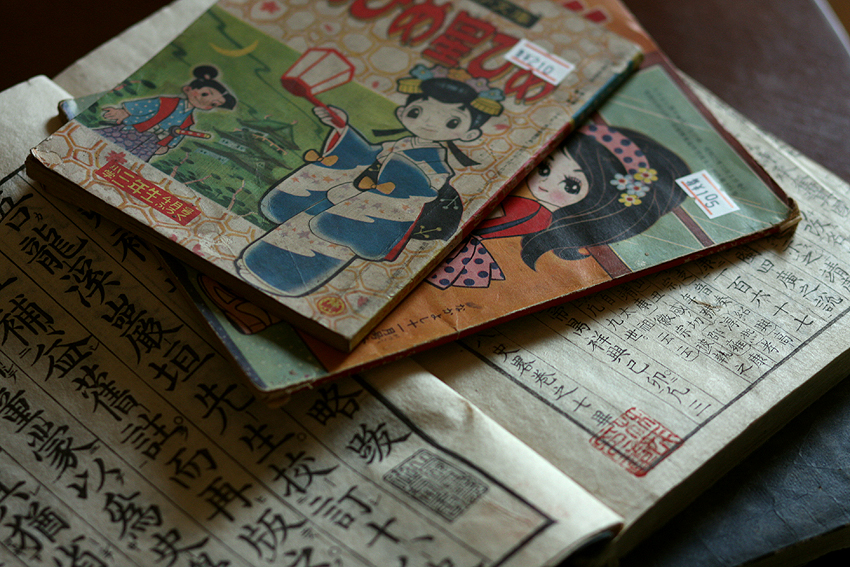 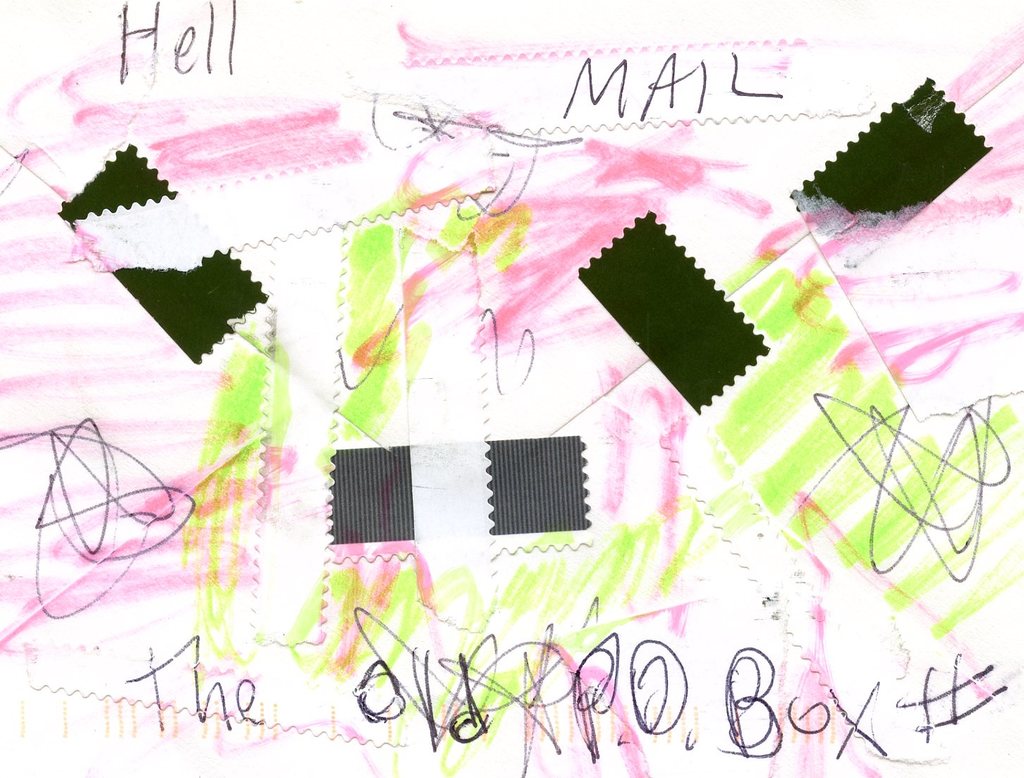 I am so very honored to receive this piece of work! And just love a good cup of tea :] 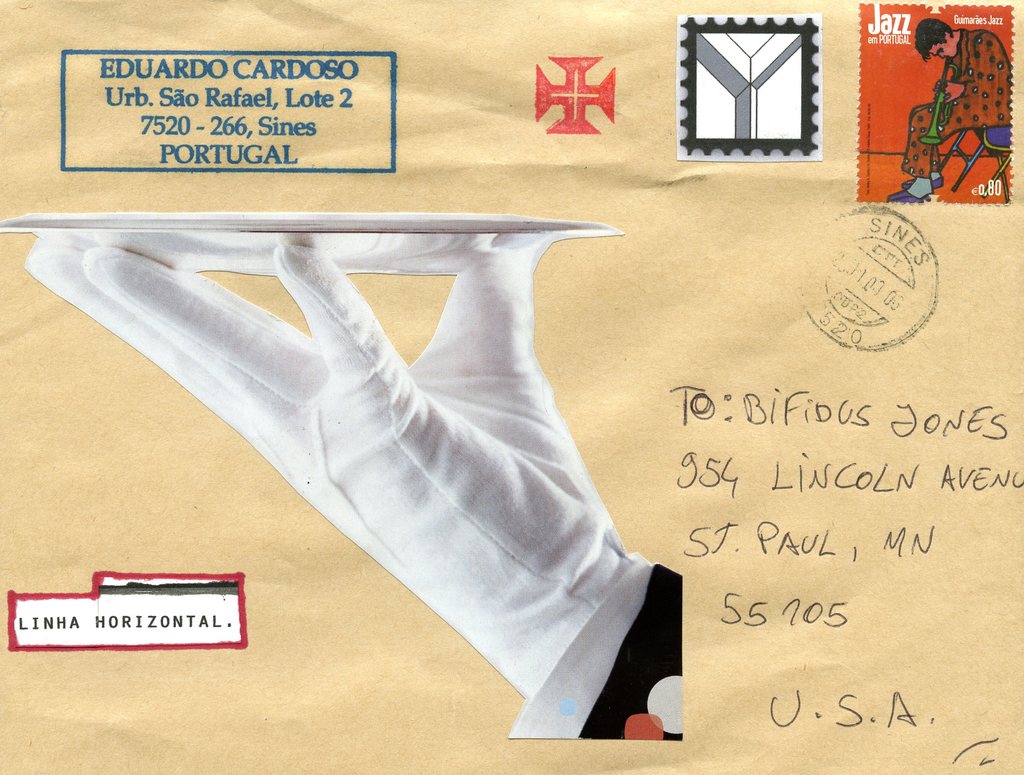 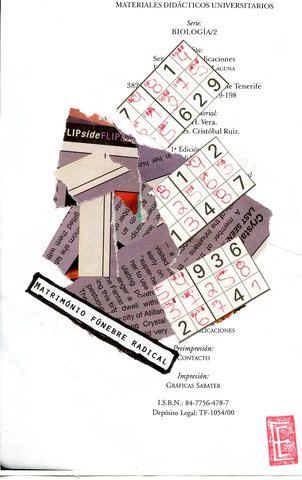 Hand stamped and decorated package from KC - complete with Latin Quote for "Art is Long, Life is Short." Admirable work. The enclosure (on corrugated cardboard) is a wrapped stake of sorts - evoking a variety of responses. Hand stamped typography - "We… 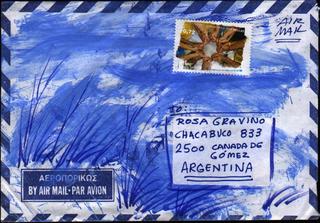 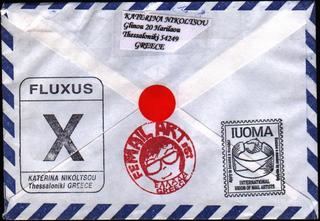 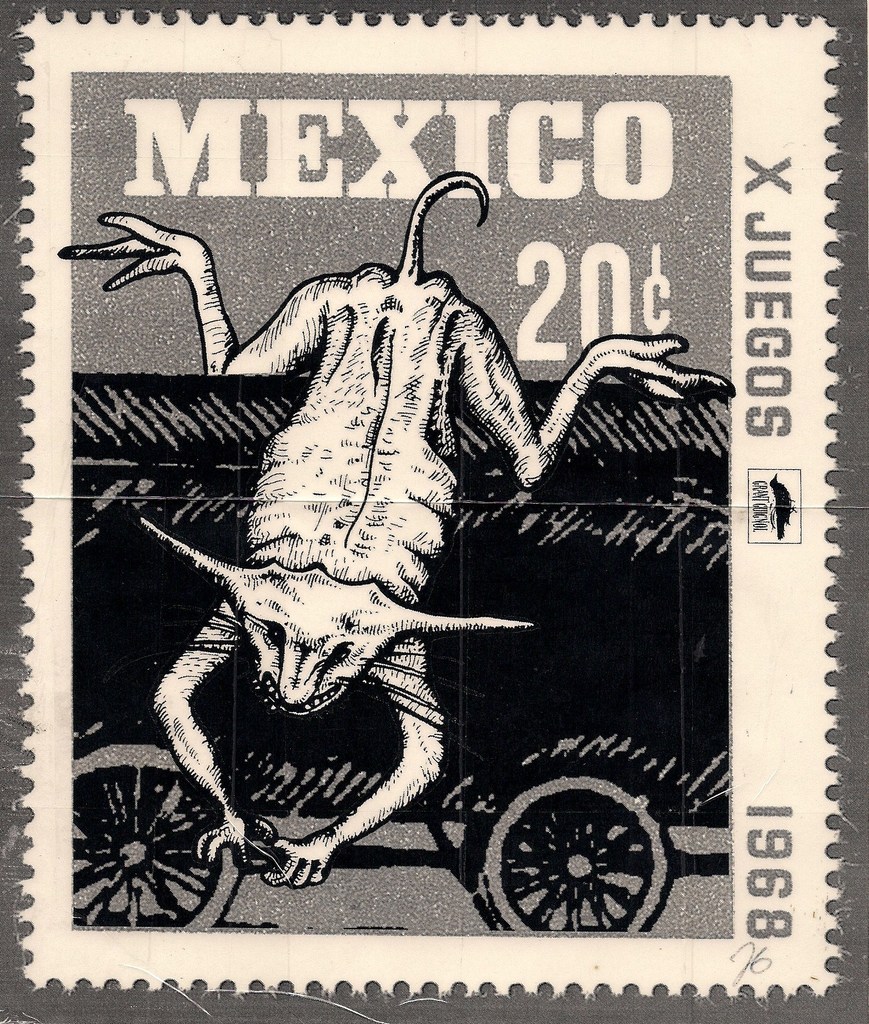 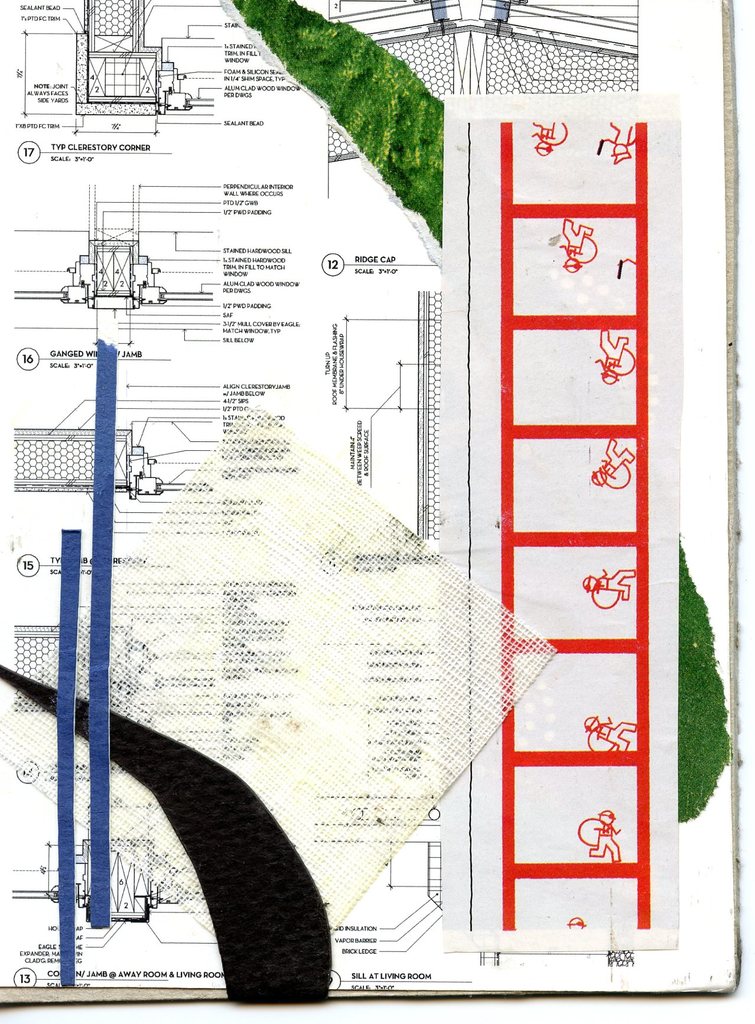 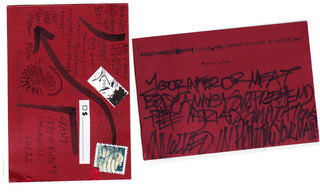 Unique grafitti style (plus translation) is the perfect Dadaist statement. I can decipher neither. Hand written and typed card with embellishments. Cinderella stamp and hand drawn illustrtion complete. A personal note stating that my last note was unreadable is… Collaged Mannequin head with spoons. Giclee print, I believe? Wonderful collection of IUOMA stamps on back. Nice Cinderella as well of a child's drawing w/ furnace and fire embellishments. Art Tower is very active in the MA scene so I am quite thrilled to have… 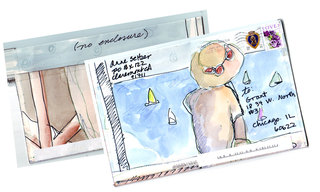 Received a beautiful hand painted piece from AS in California. Watercolor, ink and pencil complete this painting folded to large envelope size. When I opened my mailbox and saw this, I was oversome with the beauty and workmanship/ workwomanship. A nice piece that… Hand Stamped (?)/ Printed - "Life - It's a tattoo machine" in English by one of my favourite MA artists.Printed on cardboard and complete with Artist ID stamp and a colorful collection of German postage. Loved the bruised colored ink in this and the repetition. Beautiful work, Elke. 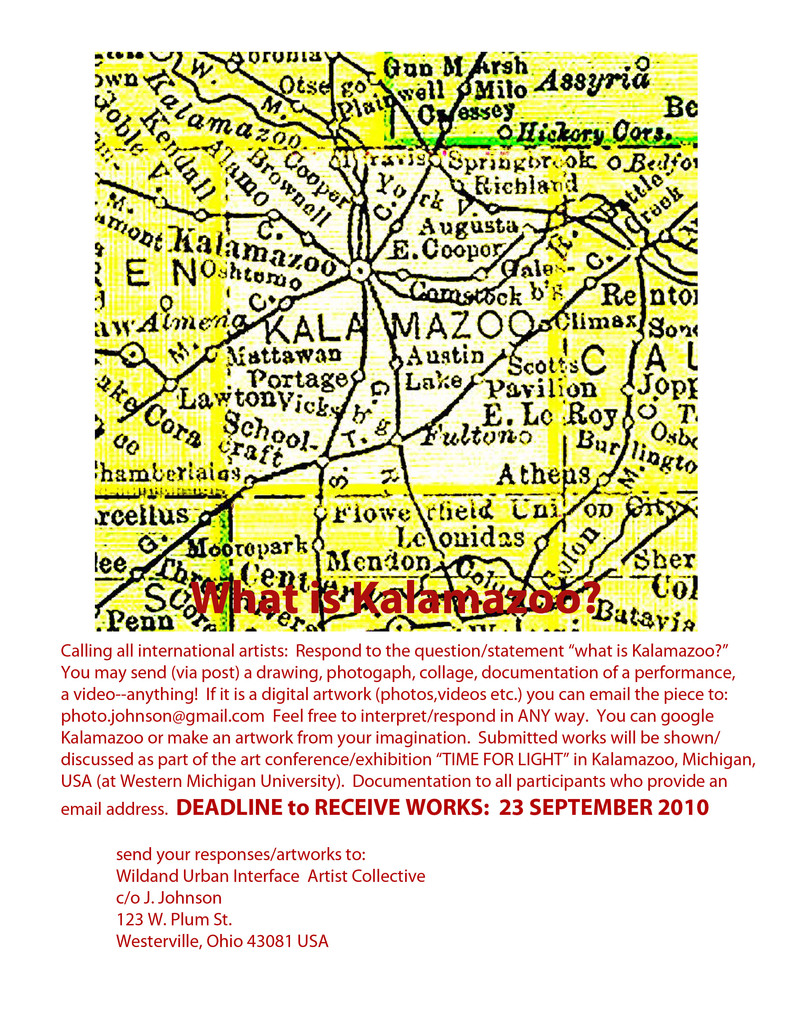