Katerina Nikoltsou (MomKat) commented on Mike Dickau's blog post THREE PAGES OF SCENES FROM THE 8.3.19 CONGRESS AT SFMOMA
"Oh, to have been there! Thanks Mike for sharing !"
Aug 26, 2019

Why I am involved in Mail-Art:
I have exhibited art since the '60's. I was invited to participate in a Mail Art project and I was immediately hooked. It is simply a part of my life.

My interest in art has been a lifelong journey that has allowed me to blend many interests and mediums. Throughout my childhood, I enjoyed drawing and painting. A fascination with the natural world led me to study science and mathematics. I prepared for a career as a mathematics/science teacher first at UCLA then UC Davis. My interest in art was revived in my 3rd year at UCLA where I studied art and design. I spent a summer working in a print shop before I began teaching in Los Angeles. During that time I was exposed to the process of printing (offset and  xerography), photo reproduction, and binding.

I use a variety of film as well as digital cameras to produce my photographs. My photocollages include frames from movies, filmstrips, video captures, scanned drawings, paintings, objects, and photocopier prints.

My photographs and graphics have been in restaurants, galleries, museums, newspapers, and books. My photos and graphics were used by Bill Griffith in eleven of his Zippy the Pinhead comics, appeared (Ken Burns-style) in the Discovery Channel's "World's 10 Best Roadside Attractions", and won the First Annual Money Talks Tacky Advertising Column Filler Award in the San Francisco Chronicle. Exhibits I have been involved with have sometimes been praised, had work censored (once in Lincoln, California), and was visited by the Secret Service at Columbia College's Glass Curtain Gallery in Chicago, Illinois.

My life as an artist has been pure joy. I have participated in the Mail Art world since the mid-80's. I design, print, and perforate artistamps and add and pass collages which are sent all over the world.  It has allowed me to develop concepts, network with artists, and to develop new communication skills as technology progresses. Ideally, this world is democratic, collaborative, devoid of commercialism, and pro-creativity. My collaborative efforts with artist/author John Held, Jr. led to the "Back to the Russian Futurists" show at the Mayakovsky Museum in Moscow, Russia in 2003 as well as other venues in Russia, USA, France, Germany, Belgium, The Netherlands, and South Korea. Our collaborative works have also appeared on Russian and American television, the Internet, and in print.

I don't care for high art/low art, digital/analog, primitive/high-tech, or commercial/non-commercial considerations. All of them have something to offer. Subject matter has largely been autobiographical and all over the map. Decades of looking through microscopes, telescopes, and cameras has given me a particular set of visual predilections. Editing video, copier art, photographs, and sound files has given me a way to deal with my interests, inner life, and reality.

Since 1966 in over 270 shows locally, nationally (26 states), and internationally (20 countries) including:

* Hoffman Gallery, Oregon School of Arts and Crafts, Portland, OR

* The Ink People Center for the Arts, Eureka, CA

* Taught filmmaking for one semester

Over 100 entries including these selections:

Hill, Laura Weir and Scott. "Ceramics of the First Order on Display in Davis," The Davis Enterprise Weekend, April, 1993. Photo by Mike Dickau. ME-IN A RUT?-COULD BE! (LATEST ADD AND PASS) The question below has been answered by the creator of this stamp - It's by Ed Giecek, who did at least five stamps in honor of Neil Young. Best RegARTs, C 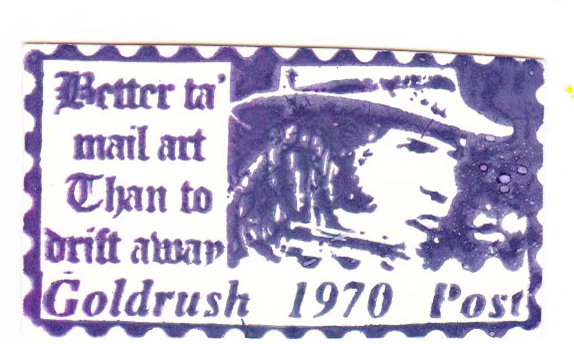 Mike, I'm trying to identify the creator of this artistamp, which might also be a rubberstamp image. Could it be yours? Or perhaps a collab you did with Joel Cohen? - ThnX in advance, and if any others here at IUOMA have an idea, please message me - Visual Mom (at IUOMA) aka C. Mehrl Bennett

Would love to start trading works... the clown stamp is fantastic. 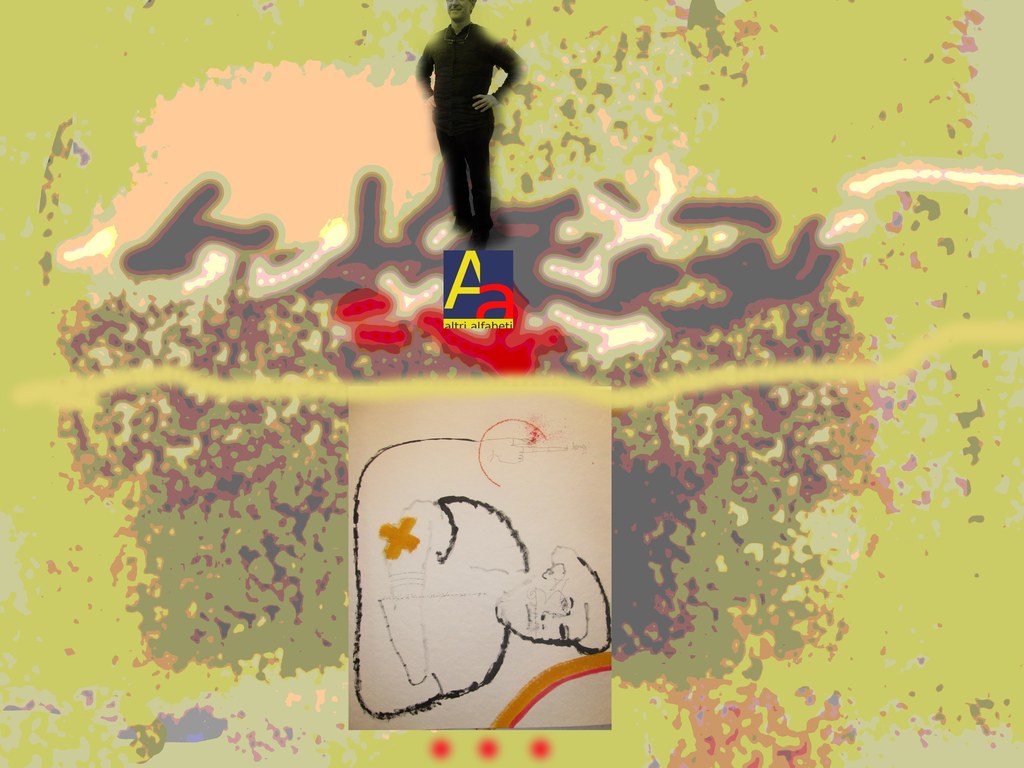 At birth, stamps live all together in a sheet and they come away from it when they become adults...Create one or more than one stamps sheet. Any theme, any medium.The "Taller de Zenon" will send you some of his own sheets recently done and all the received stamps sheets will be exhibited in this blog.

Deadline:
*THE DATE LIMIT IS ENLARGED UNTIL DRAINING THE EDITIONS
Any theme (See some suggestions)

Suggestions:
Eroticism always had been one of the motors of human being ¿Is it still a motor at the present time? ¿Was it affected by the actual global crisis? Consider the option to work about eroticism as a theme in all the possible ways, the requiered size is suitable to develop it, and it will be interesting to prove how the actual crisis is affecting eroticism in connection with Postal Art.

Dean aka Artist in Seine said…

We are having a Banana Mail call for the following events.

Let me know if you want to be put on the list.     You can send to as many people on the list as you want.

The goal is to try to have your piece arrive on the day of 21 or 23 February.

Dear Cap'n, Hey! sailor, I just got an envelope full of mail art goodies from you, and am off now to the Playland Fun House and the longest slide in the world (how long is it I wonder?) Hélas, I missed your Shimo 2nd Reception, sorry. But do, please invite me to the 3rd one. Did you exhibit just one digital collage (as the invitation card implies) or many?

The collage add and pass thing will come back to you one day.

But before that, a French (postal, of course) letter will be on its way to you next week.

Have a good  arty weekend!

Look at the photo 'Valentine' posted by Niklas heed, and you'll have a pleasant surprise;

Hello Mike, your work has been selected for The Unexpected: Art in Transit, a postal art exhibit at the Basch Gallery in Sarasota, Florida. The following pieces of yours are listed in the collections, contributed by Sandra Lefever and Sarah Carter.

Learn more about the show here. We already have these pieces in the inventory on loan from the collectors. Please let me know if you have any questions! Photos will be provided.

Thanks, The Unexpected curatorial team.