The Polo Mint Adventures Part 1 -- or how Val nearly got thrown out of a Museum, again

I was hypnotised, and was told that there would be no side effects.

There was but one -- I became addicted to Polo Mints (what y'all over there call Lifesavers).

Here is a Polo Mint.

I always have a packet of Polo Mints in my pocket.

I realised the hitherto undiscovered artistic potential of a Polo Mint when I added one to a floor sculpture at a Museum in St Jacques de Compostelle.

I got thrown out of the Museum. Two days later I was ejected from the Guggenheim in Bilbao where, once again, my Polo Mint addition to a large piece of metal work was unappreciated.

These early setbacks have not put me off, and on a recent trip to the Netherlands I continued my Polo Mint Adventures.

Here are some photos, beginning with Polo Mints and a series oflarge bronze sculptures near one of the canals in Rotterdam: 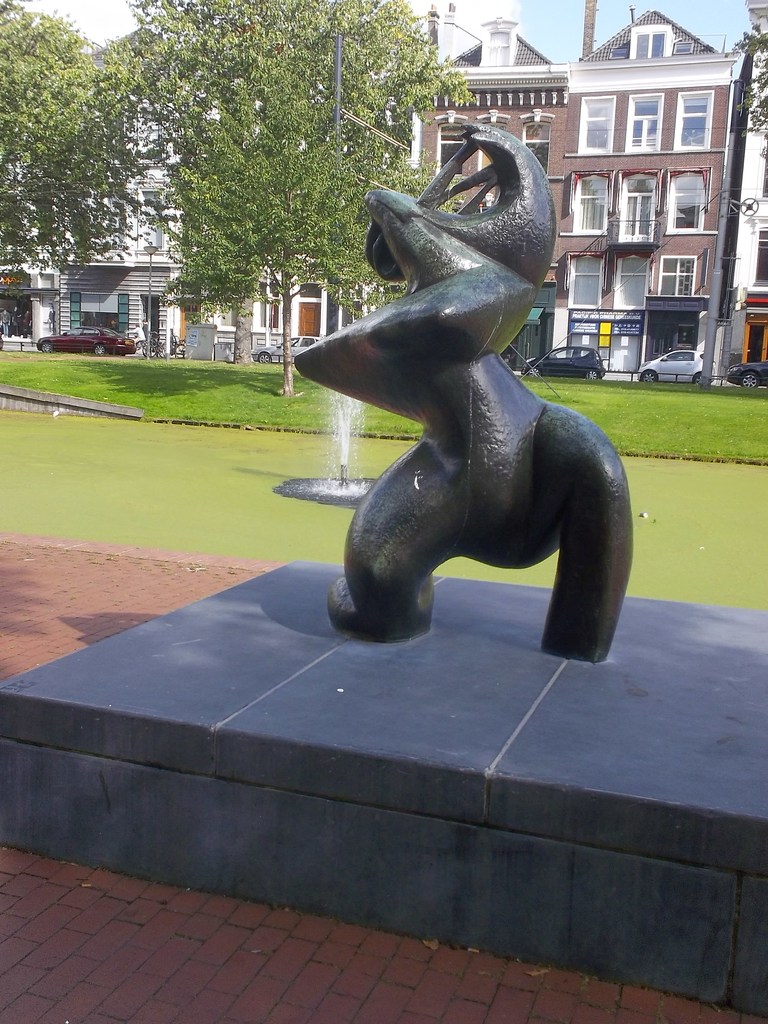 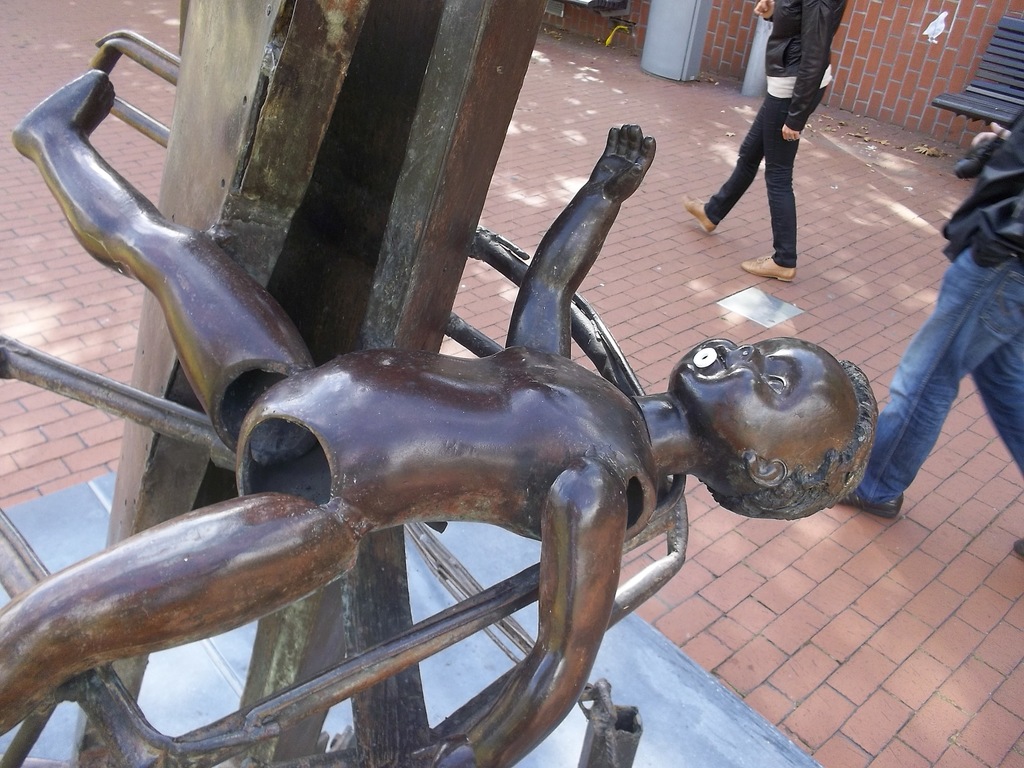 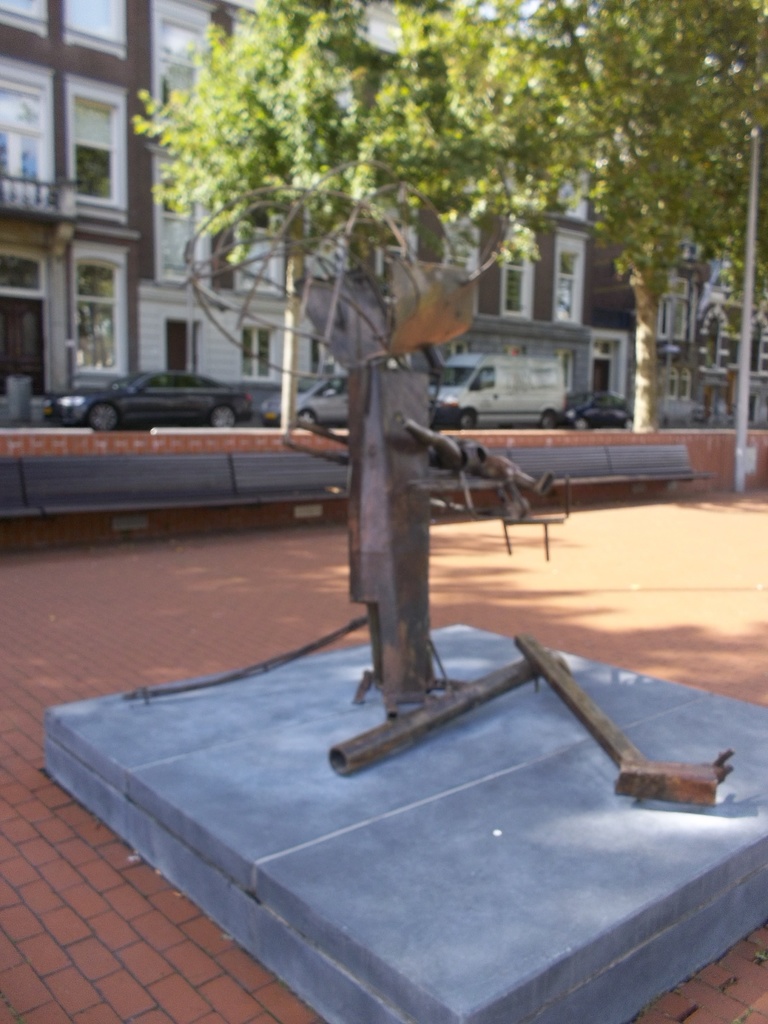 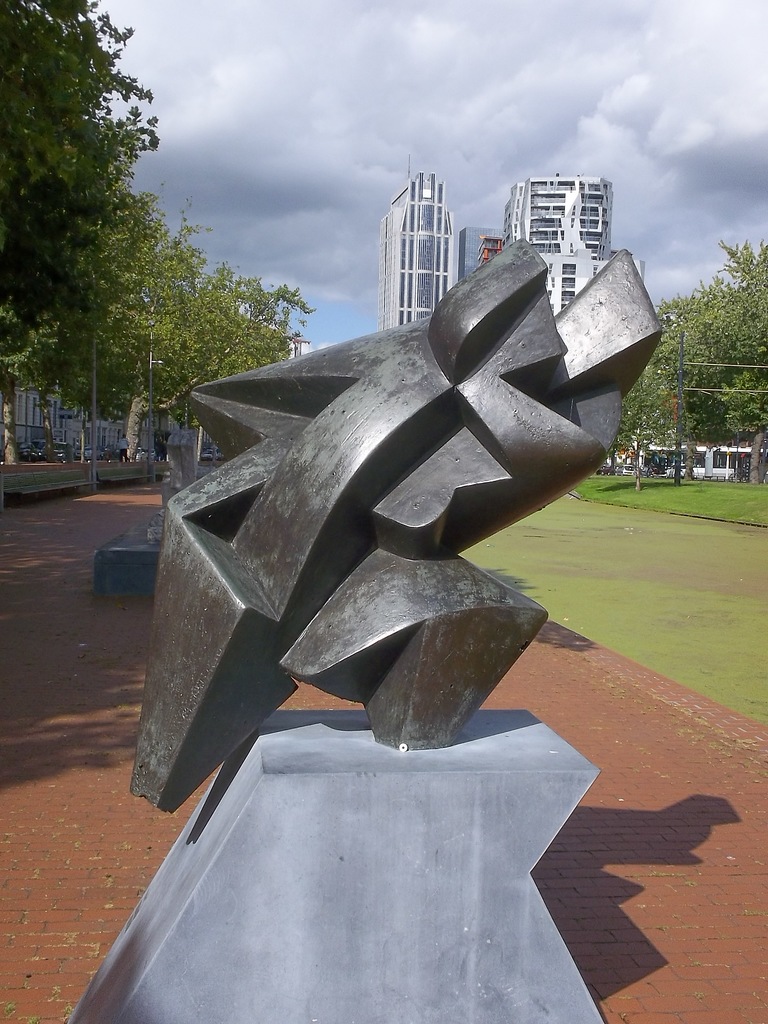 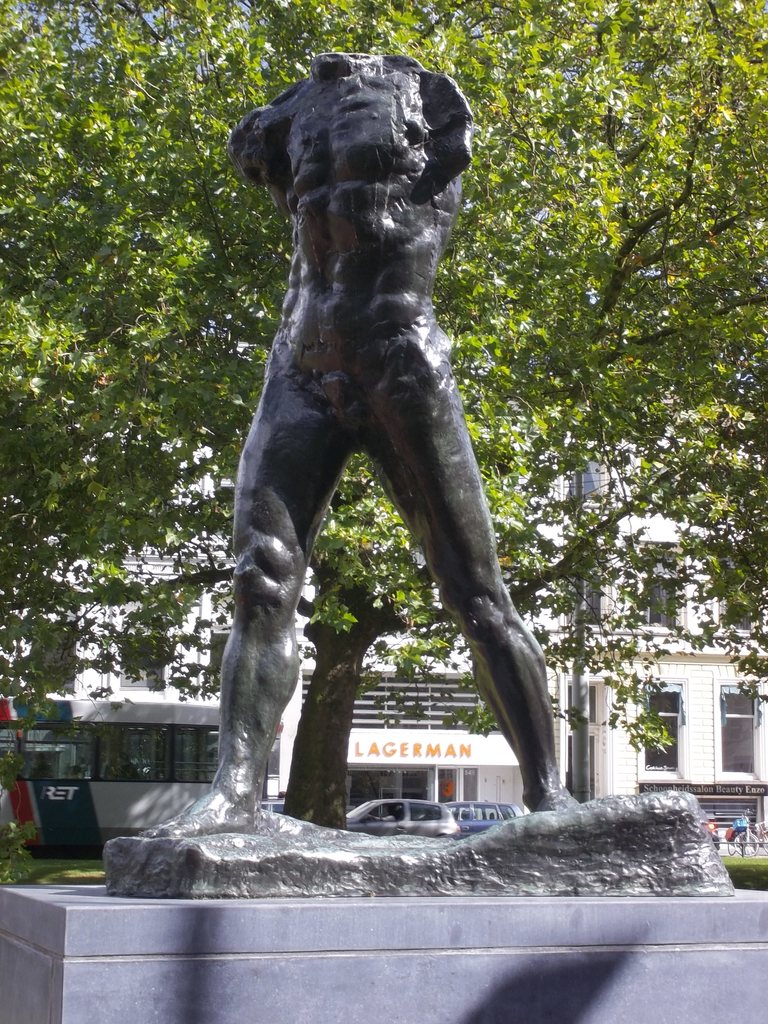 And then I found some sheep, and offered them a Polo: Then I found a Wall, and here are two photos of the Wall with a Polo Mint. At the top right hand corner of the second one you can see a bit of the head of my daughter who decided to get in on the act; 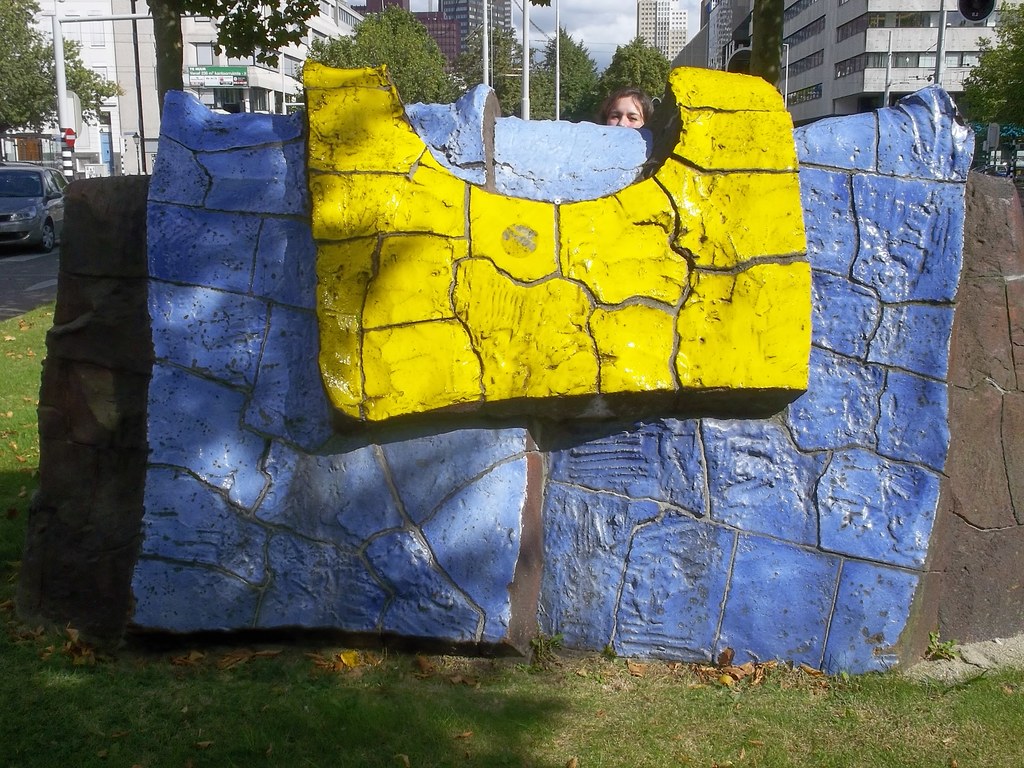 And then, folks, I went to the Museum Boijmans van Beuningen, and visited their 'Minimal Myth' Exhibition -- the exhibits became a bit less minimal with the addition of a Polo Mint;
I took some photos tof the Polo Mint and some of the exhibits. This was very much a quick film-and-run adventure, and I didn't have time to write down all the titles of the works. This series begins with an untitled piece by Dan Flavin: 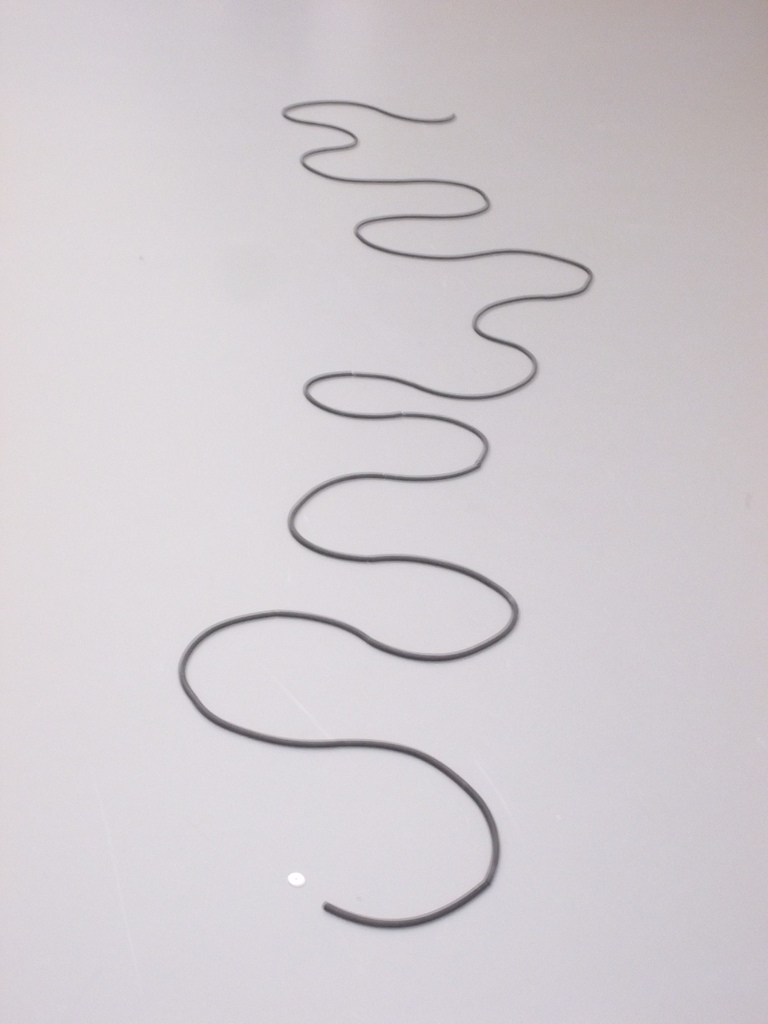 This one is by Donald Judd, and is called Galvanised Iron (with Polo Mint): The next one is, I think by Ger van Elk, and is called Unpolished Floor Sculpture: On to an enhanced -- with a Polo Mint -- piece by Larry Stuart Bell called Untitled Right Angle: On to Maurizio Cattelan's Untitled piece -- which could very well be called Man Emerging from Pothole in Search of a Polo Mint: Next we have Raphael Hefti's Launching Rockets Never Get Old -- well, not when they have a Polo Mint: 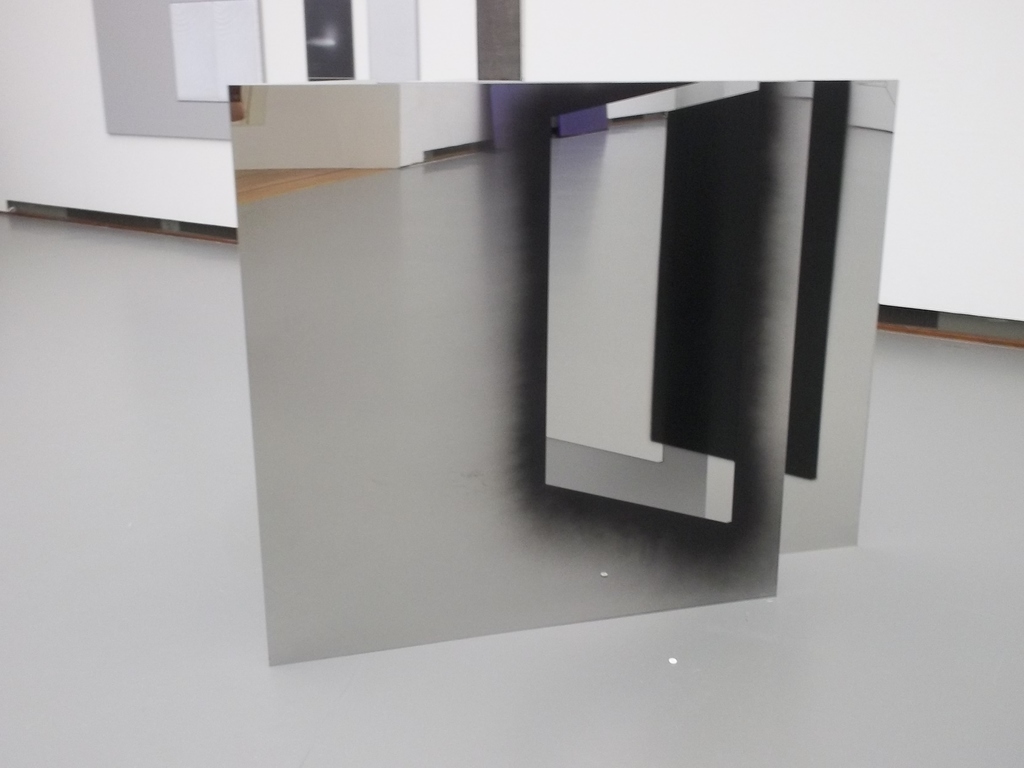 Here is Sol Lewitt's Floor Piece No 1 (with Polo Mint): Last come three  'unknown' works that I didn't have the chance to record the titles of because I had attracted the attention of two Museum Guards one of whom escorted me from the Minimal Myths Exhibition and told me that I was welcome to visit other parts of the Museum but I was not allowed to take any more photos.

But I did leave a few more Polo Mints behind. 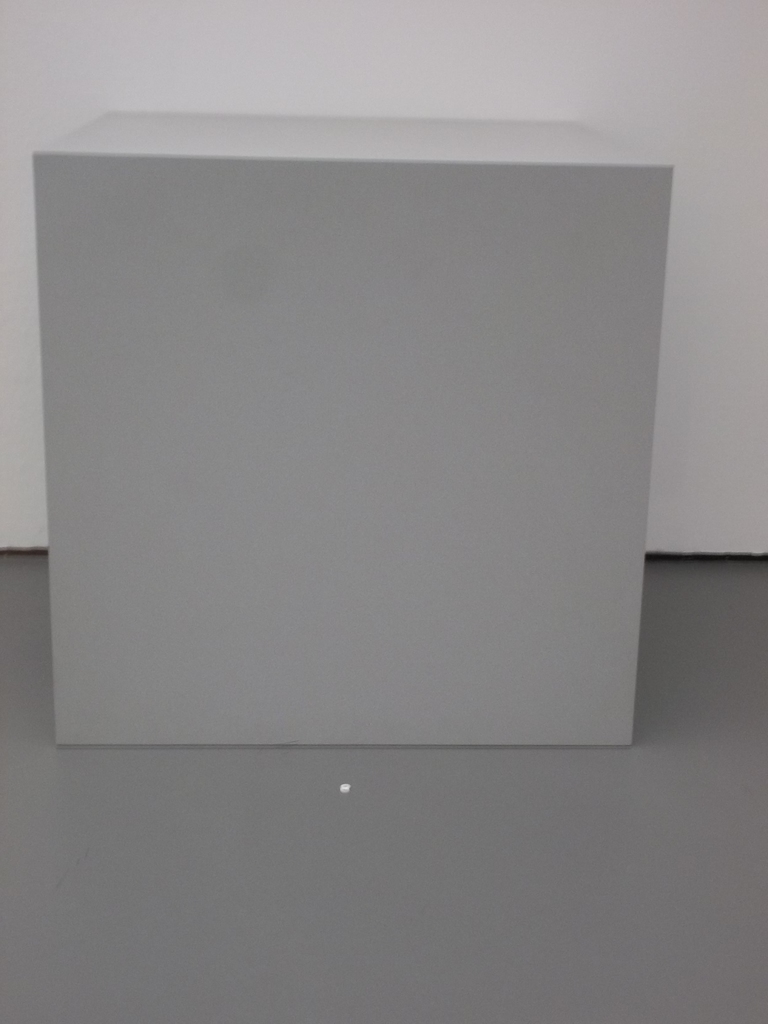 Suggestion: don't take the tyre off the tractor before you roll it in..

Val, I'm very inspired by these photos.  I plan to paint a tractor tire (tyre) white and roll it into the Louvre.

That's not me. There ain't no Polo Mint trhere. Val 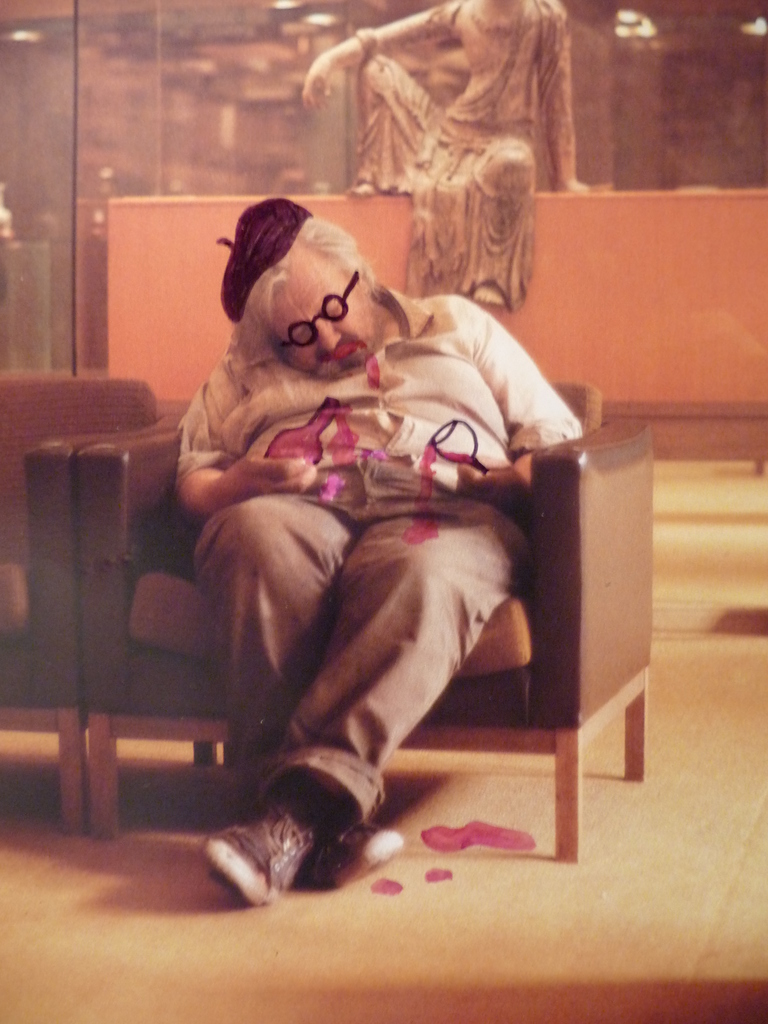 There I was thinking that you got thrown out for mad man behaviour!! But you've started a new movement! My apologies, Val!!

Excellent! I can see the mystical implications of the Polo Mint too.

FAB! Val! The performance in and out of the museum is fantastic!

Now there must be MORE PoloMint / Lifesavers series...go go go...

(but then again, ya can't eat it afterwards ?)

All serious art should be added a mint to, for refreshing them in their dusty old habitat. This is really great art Val! If it's gets too serious I promise to add a polo mint to Your polo mint additions.

I was almost thrown out from the museum of Gothenburg when dropping a bottle of coke made of glass onto the marble floor. I could stay when I assured them that what I was doing wasn't an act of art.