The Bull of Crete from Debra Mulnick 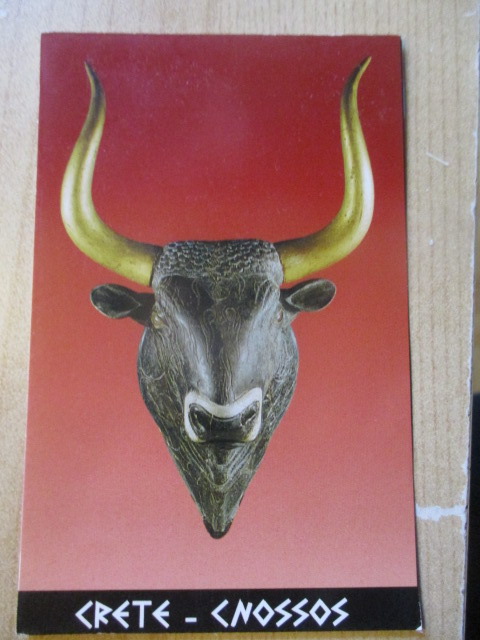 Someone loooves Crete and Greece :-) 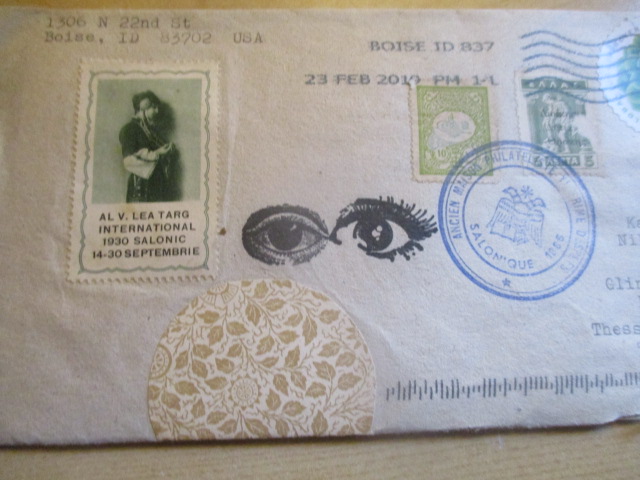 Debra was recently in Greece, and found this old , fragile envelope,

in the Flea Market of Monasteraki in Athens! 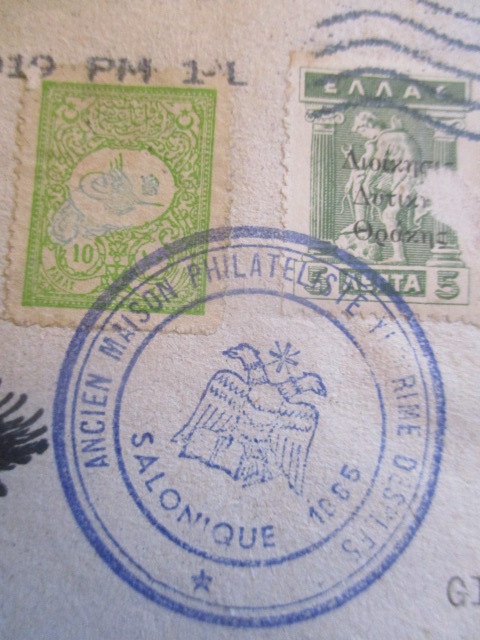 by the French, before the city was freed in 1912 from Turkish occupation.

Alexander the Great. She was born when Alexander's father, King Philip

of the Macedons, had a victory (nike) battle over the area of Thessaly, thus

and thanks for this lovely "marble" card, too: 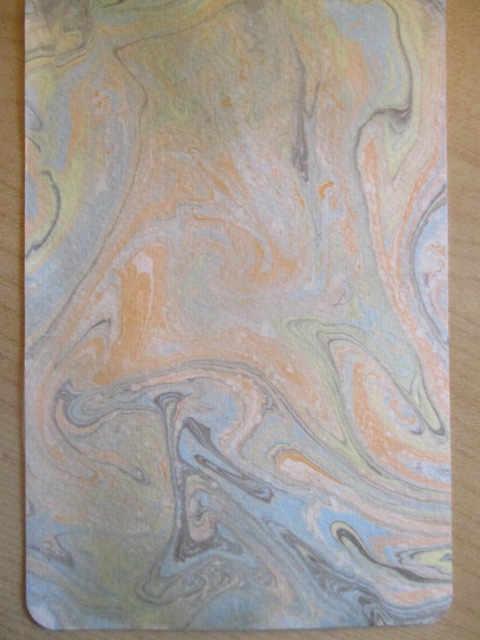