Earlier this summer, Marie had mailed me a Japanese fortune from a shrine with half its words cut out. She also sent me several bizarre pages from a novel and my job was to create a brand new fortune for The Festival by blending words from the novel with the missing text from the fortune. What goes around, comes around as they say for my fortune has come back to me in a fresh and stunning way. Marie's mail art is as she states, "based on ancient Egyptian mythology about the creation of earth and sky. Geb was a male god who represented the land of Egypt. Lying on his back, the folds of Geb's body formed the mountains and valleys of the earth. Nut was a female sky goddess who stretched overhead in a large arc, forming the blue sky of clay or shining with stars at night. Originally, the two gods lay close to each other, making it impossible for any living to exist. Ra then ordered Shu, the god of the air, to separate them, raising her so high she began to tremble." 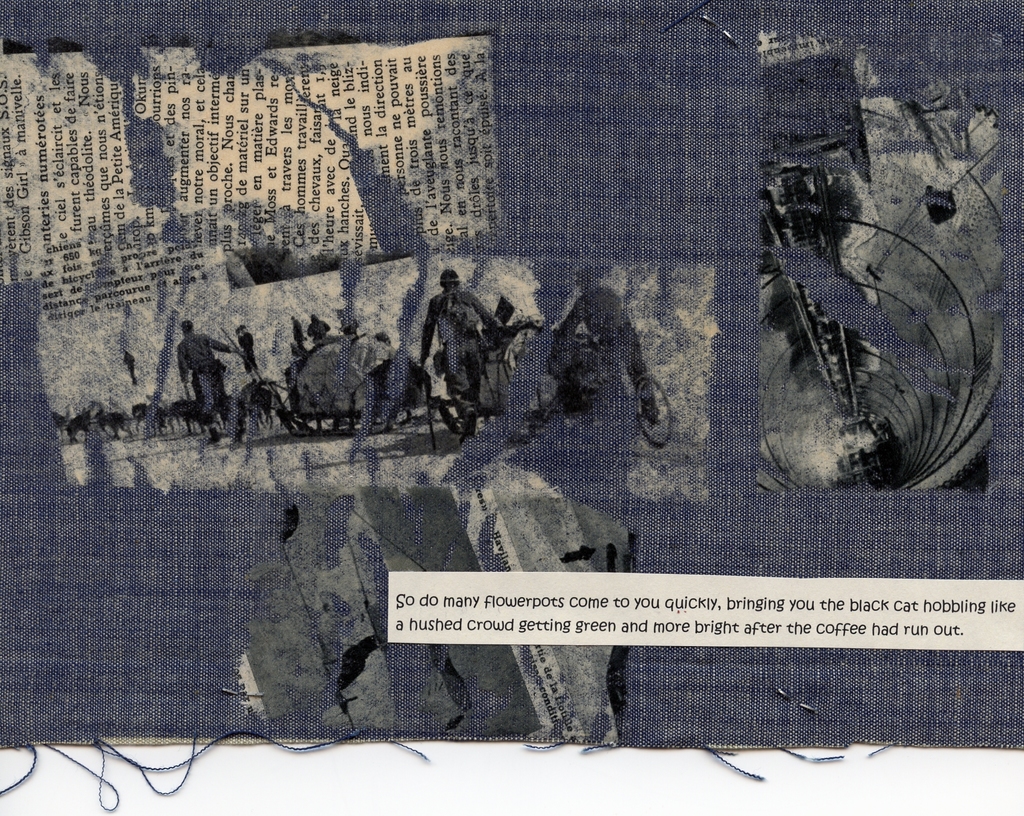 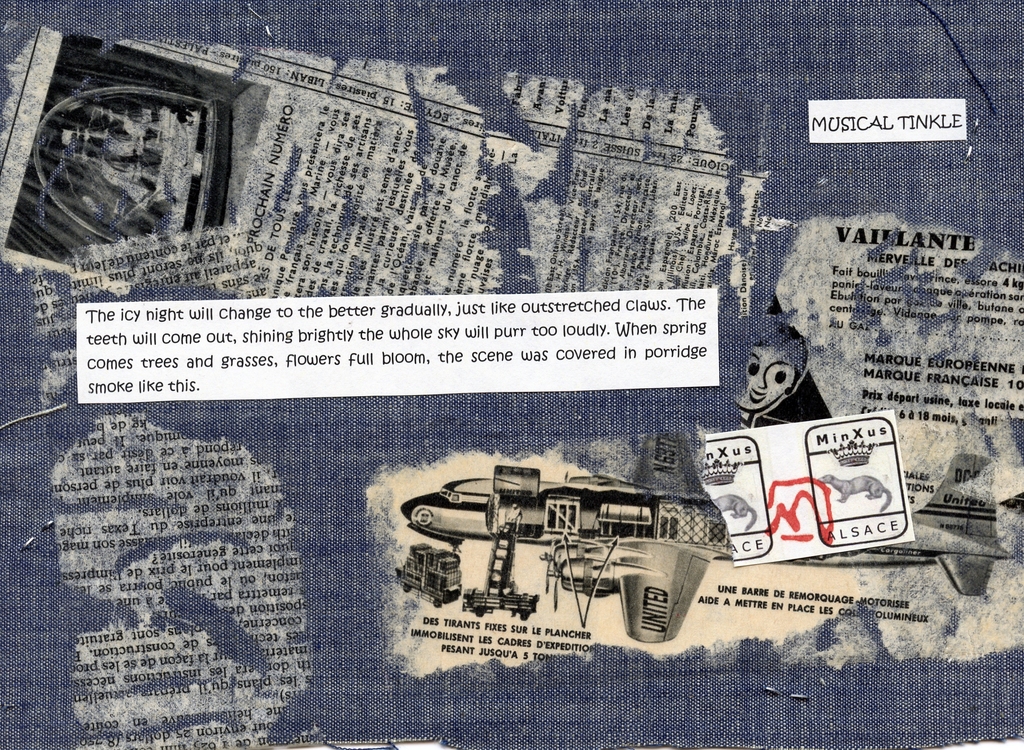 It's such a wonderful creation story and Marie's work is an original creation every time. Being a true goddess, Marie's mail art never fails to arrive with its share of beauty, complexity, and wit. The wit this time being found in the two dictionary pages she also included: The definition of cheese cracks me up and so does that little unknown Minnesota law. Merci beaucoup, Marie!!

Thank you very much genkis. It's some kind of tape transfer on cloth, yes.

Beautiful art from Cherry Blossom! The Egyptian element is super!

Is that transparent taping on the fabric? What TEXT ures!

Yes, Marie's work is text-ural and a visual knock-out. In this case, done with shipping tape.

Thanks for sharing, Bifidus. Congrats to both you and Marie on the text generated from the found materials. An engaging and readable cut-up with some memorable lines. A real keeper; it doesn't always work.

I've seen some of the Egyptian vispo before and think it's a knock-out. The text on fabric, however she did that, is text-ural for sure. Hadn't seen that.

Thank you for this great blog, Bifidus! Your poem was absolutely fantastic, I just HAD to do something with it.