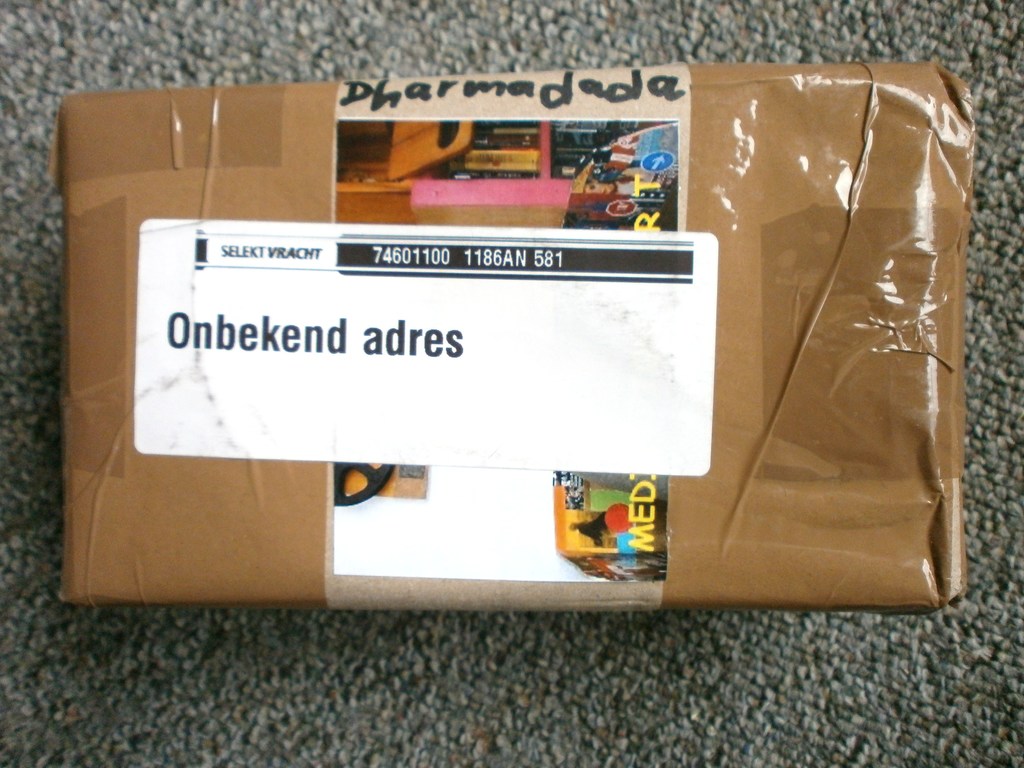 So I turned it around. There was a friendly well-known Person on it: the Haptic Werewolf!

And, there was a correct address on it: mine. Correct address!!
However the address was a little wounded, maybe by other parcels who (unnecessarily) became frightened by the friendly Werewolfs teeth and who (unnecessarily) had bitten this innocent parcel. The postpersons appeared to have thought that the postal code was 1186 instead of 1180. Fortunately there weren't people living in postal code 1186 house nr 581, so the postpersons added an other sticker to it, and the parcel could continu its way.

I looked at the other side: the sender was off-scenic and from Hanzestadt Hamburg!

'Just in case' I asked Inspector S. to have an inspection of the parcel, before opening. 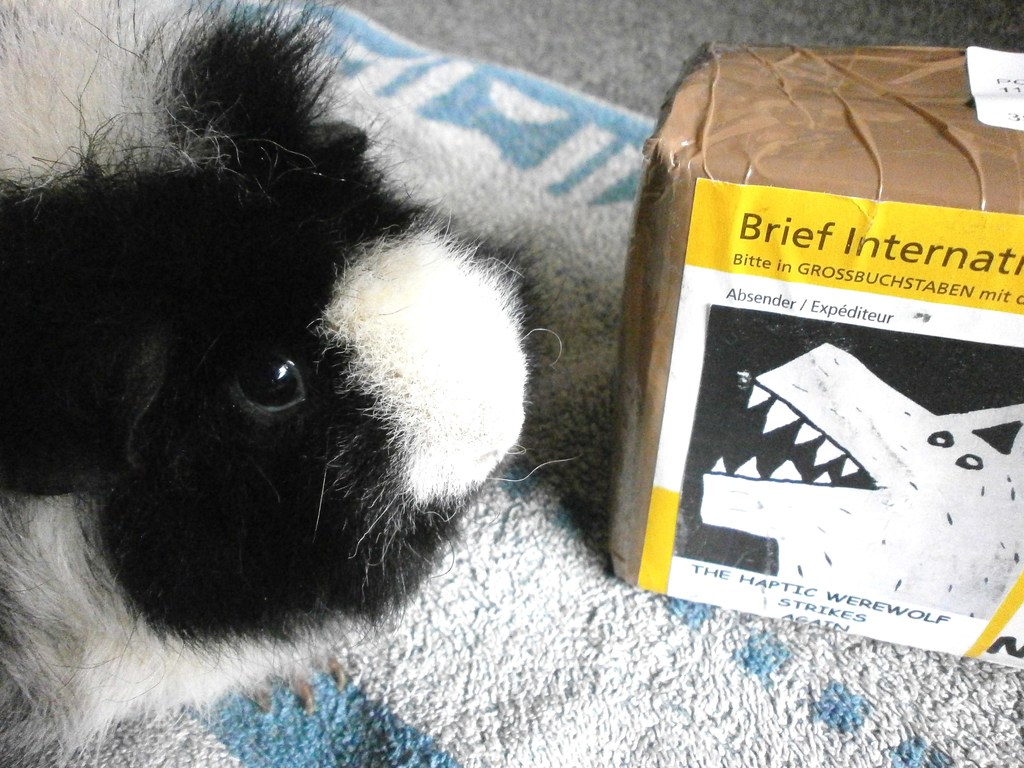 'That's good folk', Inspector S. said, looking at the Werewolfs picture. 'But first I have to inspect all other sides'. Then a beautiful box was unveiled (the colours remind me of the rouge et noir de "E" d'Utopia, but most probably this box is originating in Hamburg instead of in Guivry). The larger items inside I cannot show now. They're great! They're Inspiring! They're Highly Appreciated! Thank you so much, Erni!!!

Probably I can show these items later, after I've done with them what I ought to do.
Now I'll show the other items, which are mostly worth watching, too.

Inside the lid of the box two wellknown personalities, and a wellknown expression. Such a Happy content. Thank you very, very much, Erni!!! No, she's not ze famous Pink Panter Inspector from France. However she speaks French, too, and Dutch. And is a thorough inspector.
She's an Alpaca from Belgium. Yay, she put the light on green! (Our chief Inspector speaks English, too, apparently.)
I am allowed to open it, hurray!

First have to find a way to make photos while opening the parcel. Both actions need two hands and I only have two hands. Chief inspector told me that she won't help, to avoid conflicts of interest and keep integrity. So please have a little more patience. However, I'm soooo excited and almost can't wait: what would be in this mysterious parcel from Dharmadada??