Mail Art in the Age of Cults 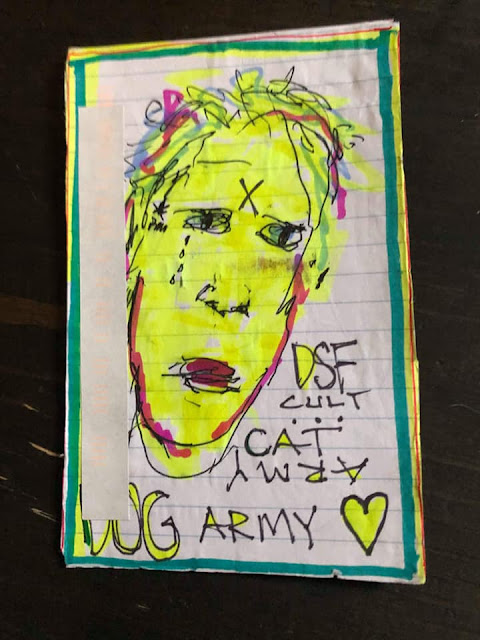 Mail art by IUOMA member DSF (Michael Kelly) (Massachusetts, USA)
December 29. 2019 - As we enter 2020, four "kults" are active in the Eternal Network, which I believe is a record. The kults I am documenting in this installment of Glam Faction are DKult, Cat Army, Dog Army and DSFCult. (If you know of others, I would be pleased to add them.)
Not surprisingly, leaders of our newest kults are also creators of fabulous contemporary postal persona: Veteran mail artist Chris Mudhead Reynolds (Arizona, USA) is founder of Cat Army. He has accordingly changed his name to Cathead and presides over Cat Army with Lova Delis (Ohio, USA), an emerging asemic and network star.

DSFCult (#dsfcult) was officially established in 2019 by mail artist Michael Kelly (Massachusetts, USA). DSFCult, in a Jim Jonestownian nod, is built around the carefully crafted and ultimately deeply complex persona of Dopesick San Francisco (DSF) who serves as Kelly's alter-ego. At MinXus-Lynxus I named Michael Kelly several times as one of the top-ten most interesting and innovative mail artists active today. I also have noted DSF has a deeply affirming message if you dig beneath the Punk aesthetic-nihilist surface.

Dog Army is less clearly defined than the others and seems to be the result of mail artist dog lovers responding feline-centered Cat Army and Michael Kelly's longtime artistic obsession with dogs, especially German Shepherds. 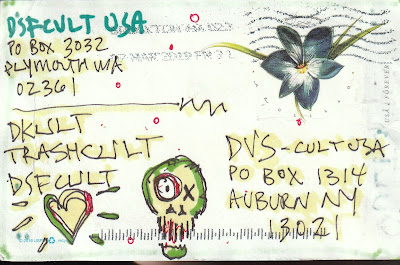 While precise origins are misty and sometimes contested, DKult - a mail art cult now in decline if not total collapse - has a long history having begun in 2010 in conjunction with the immediate popularity of Trashpo (a kind of visual poetry) when it was introduced at IUOMA-Ning. Trashpo had been created and conceptualized several years earlier by Jim Leftwich (Virginia, USA).
Since I had a role in the founding of DKult and documented much of the early material, I can confirm Diane Keys (Illinois, USA) in no way initiated the establishment of a cult in her honor. Nor is Diane Keys the creator of an elaborate persona; her mail art identity is based on authenticity, which had considerable appeal.
Her art, enthusiasm and probably her skill as a comedy writer put her in the position of becoming leader of the most successful mail art cult of the last decade; in tandem Trashpo was a dominant genre. Over the course of the decade, DKult has had hundreds of members who produced hundreds, likely thousands, of individual Trashpo compositions. DKult is the prototype for DSFCult, Cat Army & Dog Army. 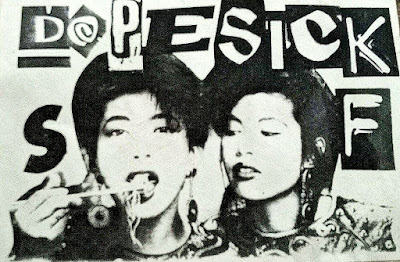 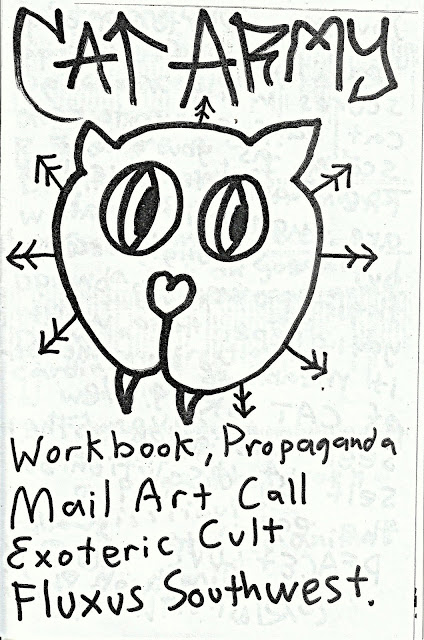 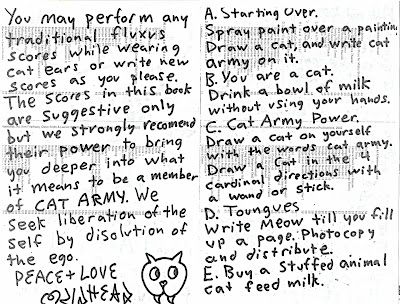 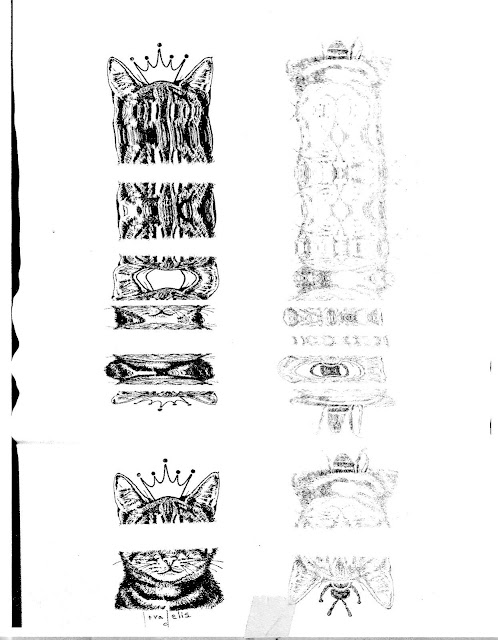 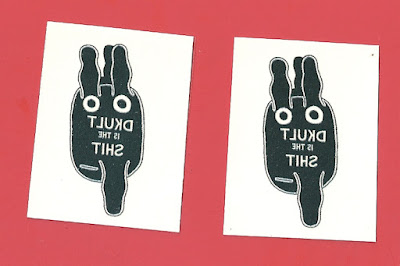 Fake religions and small groups centered around specific personalities go back decades in the mail art network. Ray Johnson's mail art clubs were cultish. For instance, members of the Spam Radio Club had meetings to discuss and worship a promotional radio someone had obtained from the Spam processed meat company. The Spam Radio was eventually stolen, which sent shockwaves through the network.
Something akin to a cult rose up around Ray Johnson himself, complete with a resurrection myth after his suicide in 1995. Johnson's correspondents went on to create colorful persona, some still active today - I think of Anna Banana, Richard C, Irene Dogmatic, and Picasso Gaglione. These artists have developed their own fans and followers.
Mail art itself encourages the creation of a persona. In the 1970s, Guglielmo Achille Cavellini (Italy) nudged mail art even closer to a cult of personalities with the successful promotion of his own gigantic ego. Cavellini also brought postal art into the explorations of self and the construction of self via image and text taking place in ascending postmodernism. Fact and fiction were mingled in Cavellini's autobiographical statements.
While many mail artists are humble and - if anything - seek to minimize the self in subordination to the greater collective, we still have colorful figures with whom we enjoy interactions in the mail and online today. These include Discoflux, Mail Art Martha, Not Hi Ng, Stripygoose and many others.
In the last days of 2019, the internet has increased the reach and power of mail art. The internet is conducive to the formation of the cults and might explain our present situation. Cat Army, Dog Army and DSF Cult have online headquarters on Facebook. For years, Trashpoets and DKulters interacted daily on the IUOMA-Ning platform. Mail art seems destined to endure in the 21st century, but as a hybrid of digital and paper paths.

A few conclusions can be drawn: For the most part, mail art cults are religious satire and absurdist humor. Ray Johnson's clubs are best understood in the context of the Neo-DaDa practices of his era that also led to Fluxus. (George Maciunas dabbled with religion in the epic Flux Mass performance at Rutgers University.) The Church of the SubGenius was satire (at least in the beginning).

However, the youth culture of Post World War II era, the hunger for spirituality and meaning, the desire to belong and - let's be honest - the sometimes deranged and drug-addled people drawn to the freedom and acceptance of the network at certain times in history resulted in those who actually believed on some level in the magical powers of the Spam Radio and the divinity of "Bob" Dobbs.

Spiritual rants that circulated widely especially in the 1970s and 80s often seem to have been written by individuals who genuinely believed they had clairvoyant and/or visionary powers. Hannah Wiener (New York City) is an example of a mail art ranter who is now an important literary figure.

One should always consider carefully before founding a cult. 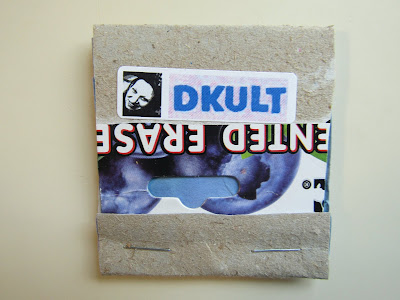 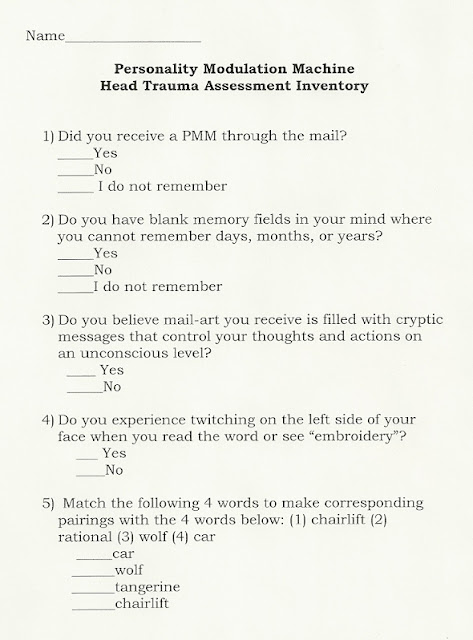 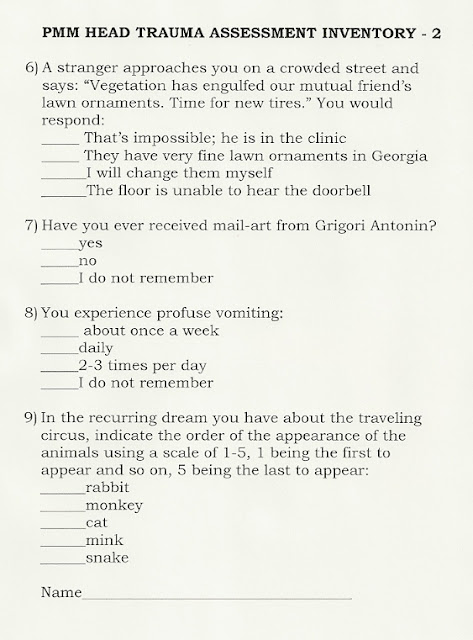 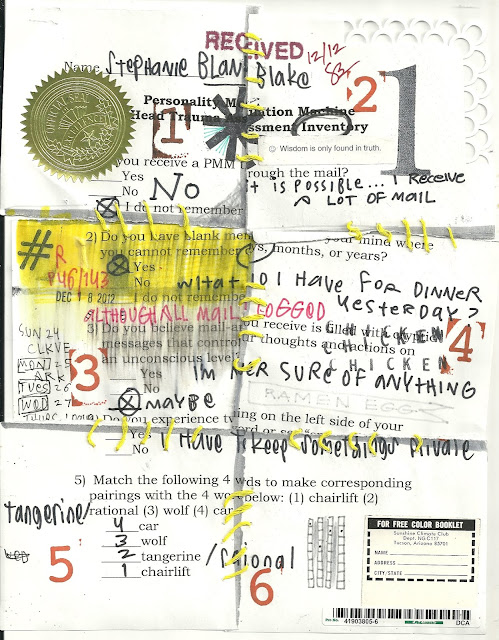 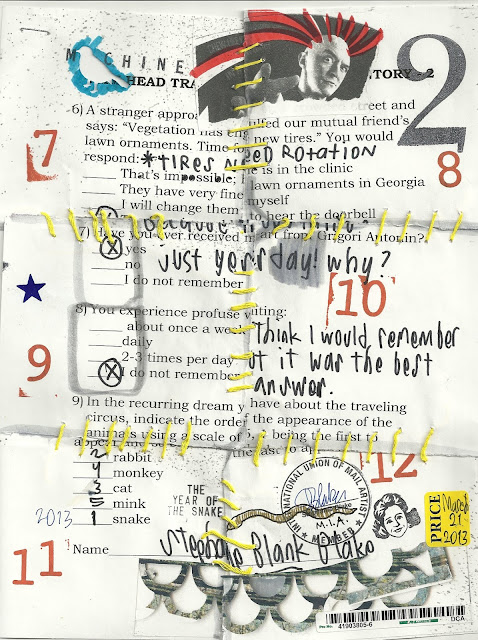 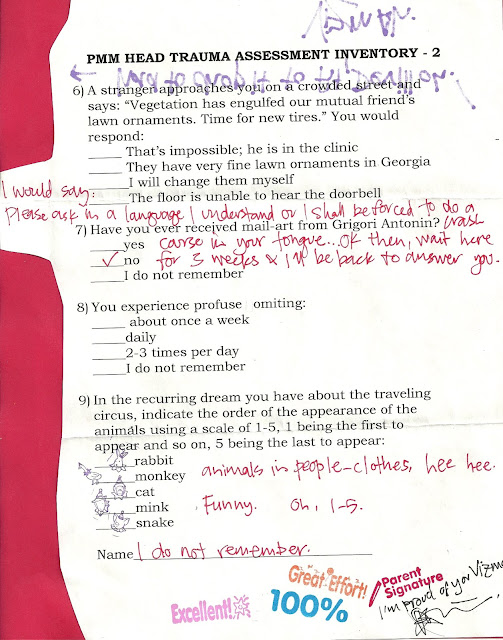 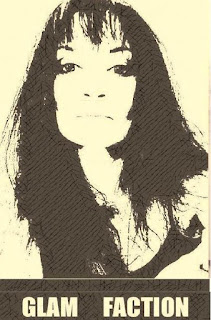