As I may have mentioned I am behind in my bloggin'. In fact, some people have sent me more than several things that I haven't gotten around to acknowledging. Believe me, I will catch up but it may take a while. Katerina of Thessaloniki is one such person who, I think, has sent me four, count 'em, four artworks. (Frederick's of Hollywood is another but we'll save his story for some other time). Many of you have remarked that Katerina's Blue Period began this spring when the Aegean turns from its normal wine dark cabernet color to a brilliant blue and no one in Greece is capable of being sad despite the ample reasons our morally bankrupt financial system are giving them when that light hits the water. 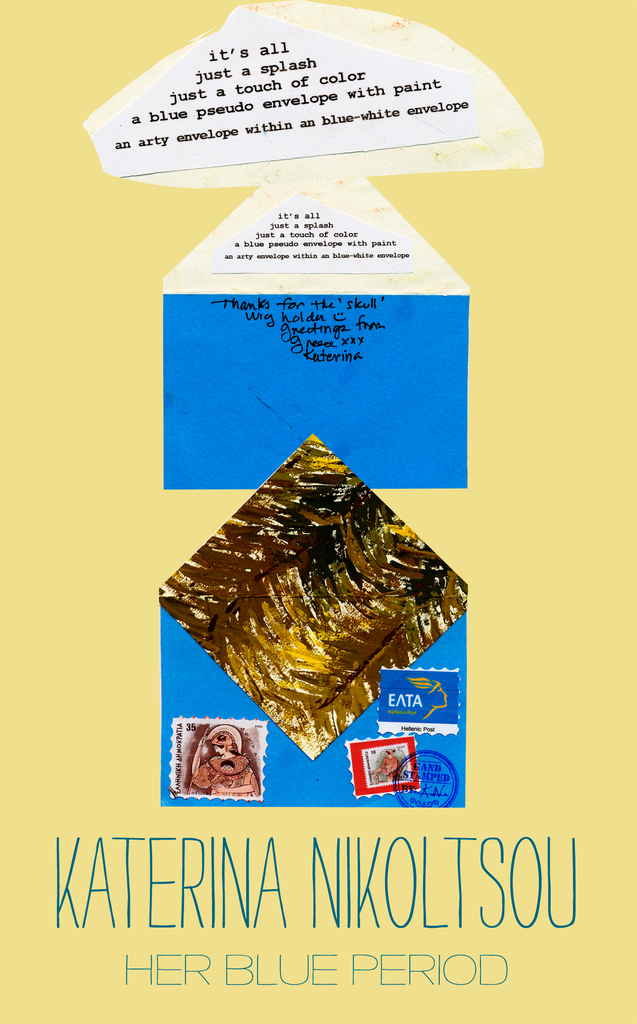 This piece was a self-described faux envelope but I tried to open it anyway being one of those people who doesn't read the instructions first. Next up was a DKult Trashpo Special (batteries not included). It was....blue, of course and included some tidbits from The Time Magazine Collection (which I whittled down to just a few coverless mags). Finally, a little bit o' Warholian Wisdom on the back of a serenely blue seascape. Warhol is big among the Mail Art crowd these days. Apparently back in the day Katerina and Andy were pretty tight. After scouring the intertubes I came up with this picture of Andy fawning over one of Katerina's easter seals. This may be one of the few times he broke his glacial calm to express a semi-genuine emotive state, sometimes known as joy. Thank you, Katerina.

Nice to see them all at once...they have a totally different aspect....

The latest "BLUE" is the series of Greek Islands , one that you have received...made with torn strips from a nice blue paper that Suus in Mokum sent me. Mail art material travels 'round 'n 'round the world! 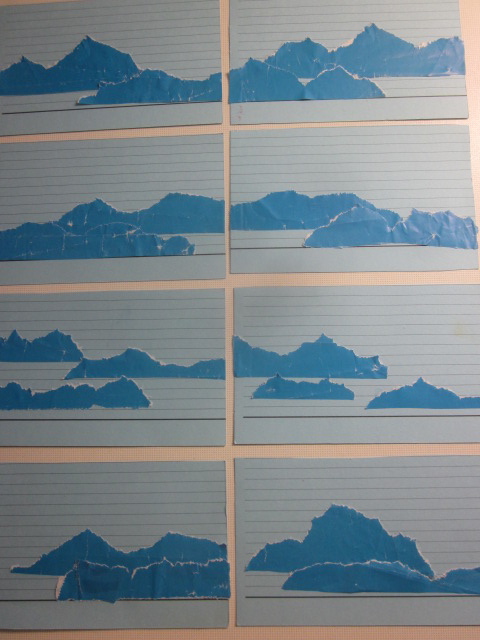 Hahahaha Thank you for a great fun blog, David! Glad you received all the BLUE (probably more in the mail soon :-) And as I sit under the olive tree by the seaside shack, it is soooo true what you say: 'can't be sad with such beautiful brilliant blue of the Aegean Sea...that I sea before me! Also happy to see Andy smiling :-)