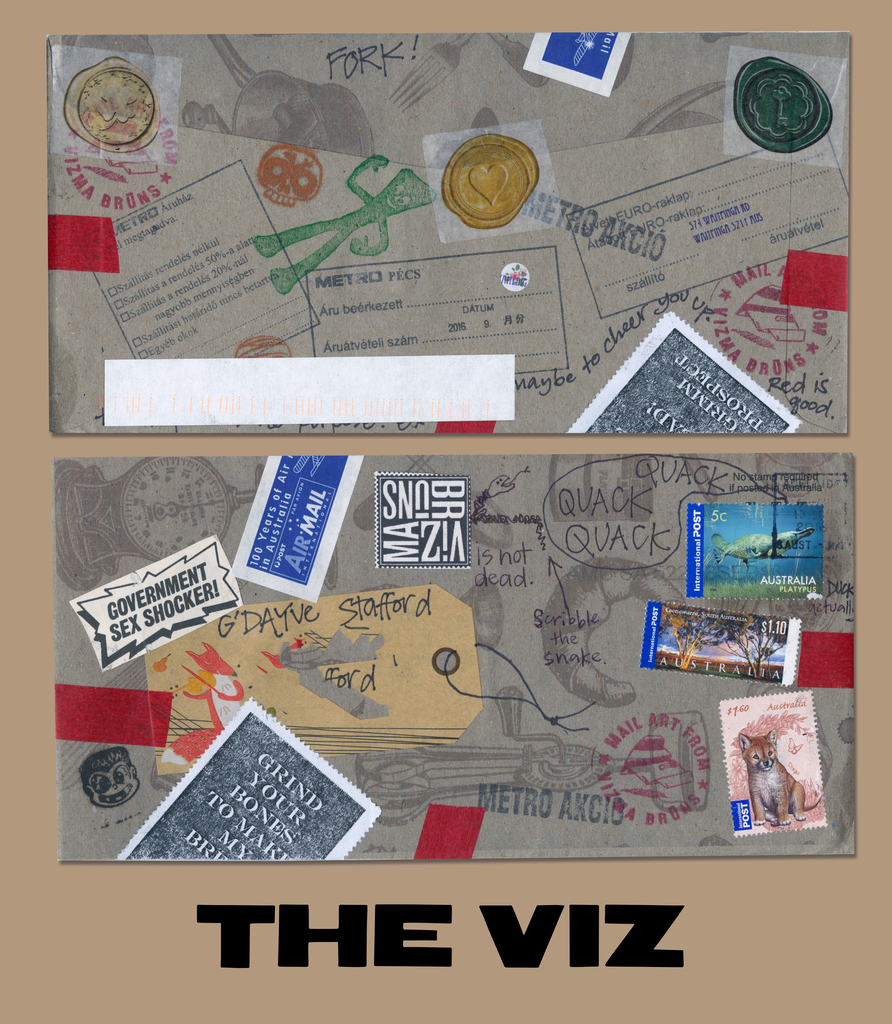 Remember that old song: South of Waitpinga? Me neither. Vizma sent me this highly caffeinated envelope which I was afraid to open for two days. Finally I got up the courage… 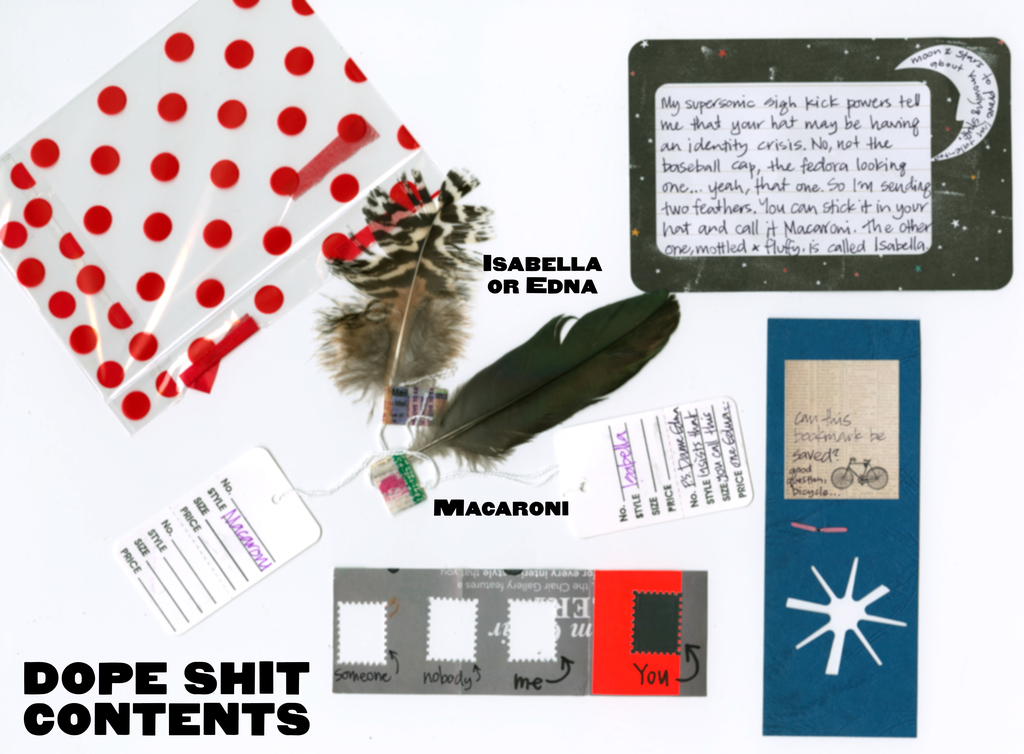 The card reads: "My supersonic sigh kick powers tell me that your hat may be having an identity crisis. No, not the baseball cap, the fedora looking one…yeah, that one. So I'm sending two feathers. You can stick it in your hat and call it Macaroni. The other one, mottled and fluffy, is called Isabella."

Uh huh...okay, two named feathers down under. This is good. Thank you, Viz. I'll send you the updated fedora pictures shortly.