Awhile ago, I sent David a kit to make a Fake Nancy Bell Scott. She has sent me her luscious art scraps and ephemera for years now and is has always been inspiring. I sent some to David to see what he would make. This is what he sent me. You never know what will spring forth from David's mind so I was quite confused when I saw this album cover. I worried how I was going to find a record player for this vintage vinyl? afterall my kids had never seen one until they had a display of them in Urban Outfitters. Luckily, that's not what was inside. Wait...that's not it. This is a book that David refuses to admit writing. He passed it off as written by Dave Stafford UK--a real guy who wrote me on youtube admiring my video for David Stafford in response to a Blues CD he sent me that worked as an immediate depressant.  He is hard at work now on the Game of Thongs.  The problem is that he had a falling out with Ranger Ron over revenues and is trying to pull it from print until he can reissue it under a different name. Sorry David-it's too late. you are already on Amazon and the discount bin at Target.  here is the real mail ireally expected a love duet between him and his wife. i put nothing past him. but nope. they only do latin duets. those are NBS scraps i sent on the bottom and his masterful Fake Nancy Bell Scott. Not an easy style to mimic. The muted color palette is spot on. i don't know that Nancy has ever shown the restraint to leave that much blank space except for one brief minimalist period, but this is a nice snapshot view into her segmented kaleidoscope world. controlled chaos an attempt to reign in the wild stallion of her creative mind.

thanks David-as a double word score bonus, it all arrived with uncancelled postage!!!  will probably make it's way back to you soon:)

Not sure of a resemblance, but that's a darn nice collage by Mr Stafford--I'm very impressed, especially because if there's a hat on her head it is sort of rectangular rather than pointy. That's a relief. Maybe she's related to "Annette"? It's an honor to appear in absentia in this fascinating blog along with Dave's "The Thong Tree." Thanks Diane---great idea and great blog!

I had no idea Thong Tree Syndrome was such a serious threat and possibly reason for global warming!!  I think Vizma-I think Thong I think Vizma's Thong--I think Fun. My mistake though not to remember your writing style. You always tell your stories with humor yet they are layered with meaning. Deep meaning. Most people miss at least 5 of the meanings entirely.  I particularly love the line in Chapter 7, " The thong tree came to represent everything I had been told to fear: the grotesque, the defective, the infected, and the infested. Yet this "bark monster" had saved my life." This had me in tears.

Thank you, Diane. Regarding the Thong Tree book: I have puzzling over this reference ever since it surfaced and I was cleaning out some boxes of old stuff and I came across this. I had totally forgotten about it. 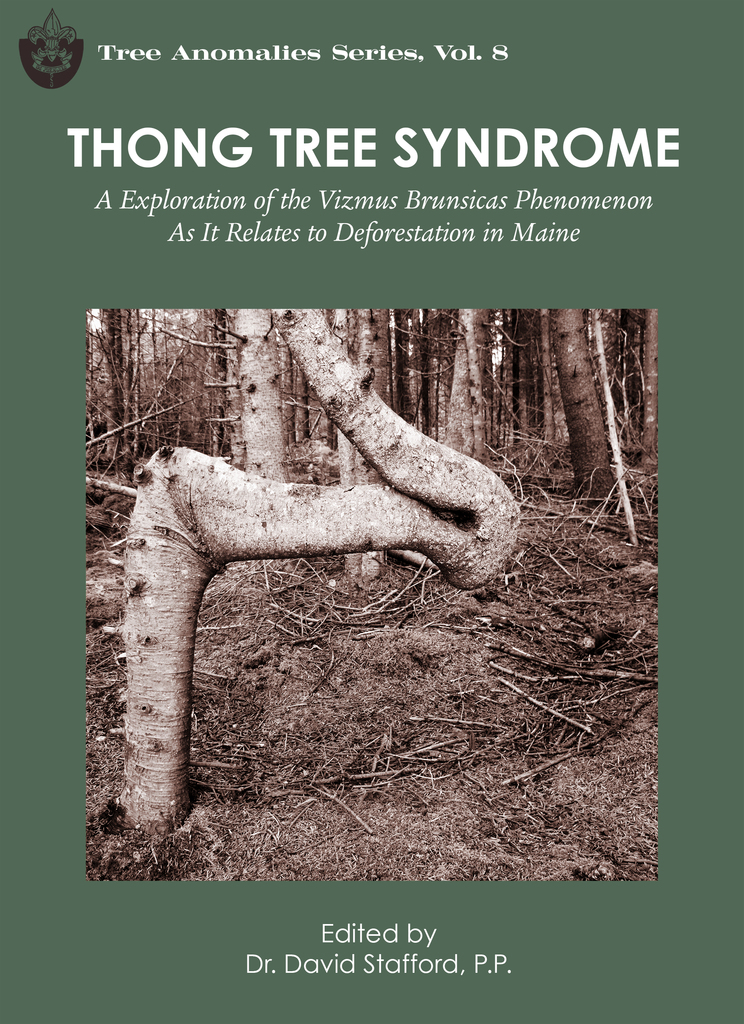 I hope this clears up the confusion once and for all.

Some trivia notes for the super ultra pedantic:

The jacket sleeve is a collector's item (for some) because it was designed by Alex Steinweiss who is regarded as the father of the Album Cover, a whole subcategory of graphic art that came and went during my lifetime.

Regarding the collage: here's a slightly better view. I did end up liking this but it's not really a good Nancy Knock-offs. For those you have to go down to those little gift shops along the Portland Wharf where you can haggle for hours about whether something is a genuine NBS or just a BS with the colorful merchant type people. It's just something people do when they visit Portland.

Regarding the postage: I made a deal with the postal people. If you don't cancel my stamps, I won't spread compost on your shag. Seems to be working so far.

Thanks for the great blog.